The IPCA Tech Collectibles in Days Gone, are not mentioned anywhere in the game, even though they exist; and you’ll most likely encounter at least some of them while exploring the game’s world.

So, what are the Days Gone IPCA Tech you keep finding and how do you use them? The following guide will answer all these questions.

While investigating the Nero Research Sites and Nero Checkpoints in Days Gone, you probably found the corpses of Nero Scientists wearing white suits. If you approached and looted their bodies, you may have found some IPCA Tech.

These collectibles, can’t be used until you finish the game, as they are related to a secret ending.

Since we don’t want to spoil the game, we won’t tell you anything about the Days Gone Secret Ending, except for the fact that it occurs after the story and you can’t miss it if you address all missions.

Back to the IPCA Tech now and what they are. These items are most likely pieces of Nero suits; however, if you pay attention you’ll notice that they can be collected only from scientists wearing white suits.

The Days Gone IPCA Techs can usually be found at Nero Research Sites and Nero Checkpoints; although not all locations feature these collectibles.

Because of that, our maps below will show you where to find all IPCA Techs in Days Gone. If you want to save time, we suggest you collect them as early as possible.

Days Gone includes 18 IPCA Tech Secret Collectibles you have to find, and you need all of them after you beat the game. You can check how many IPCA Tech you have found, in the Gear menu. 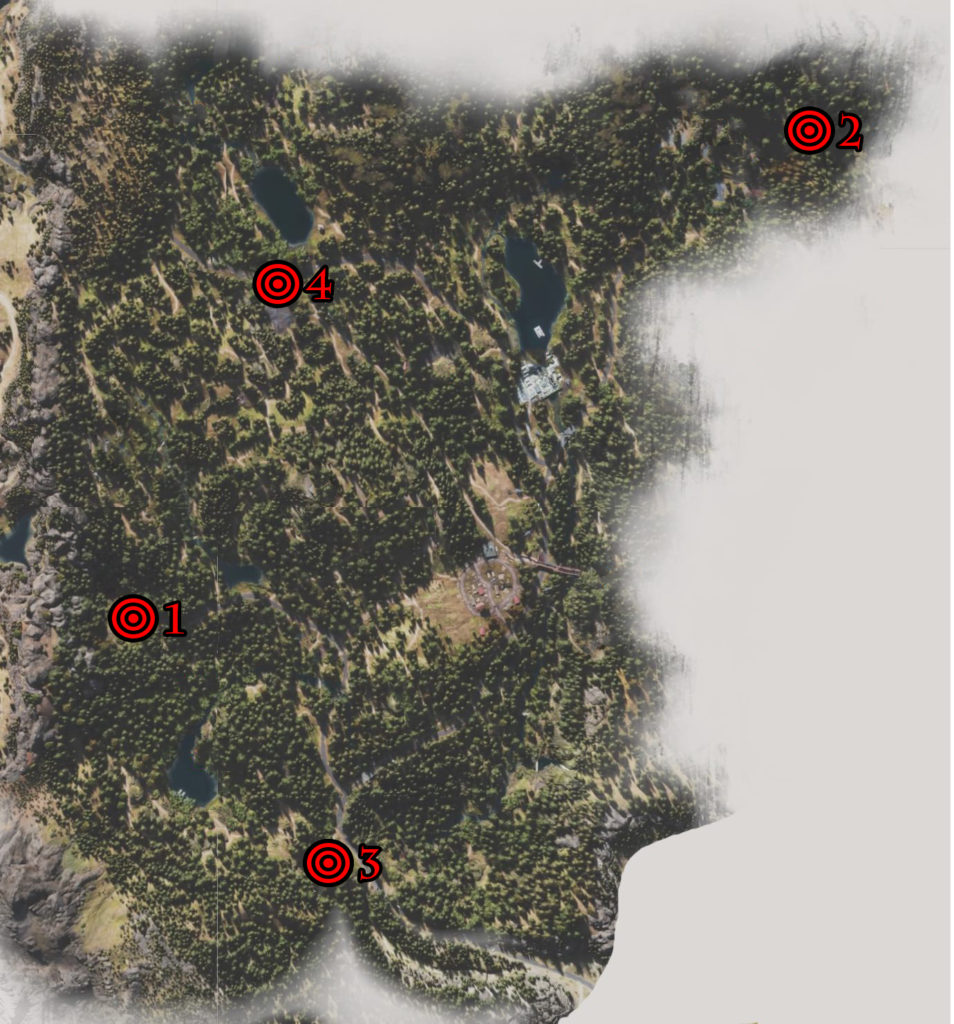 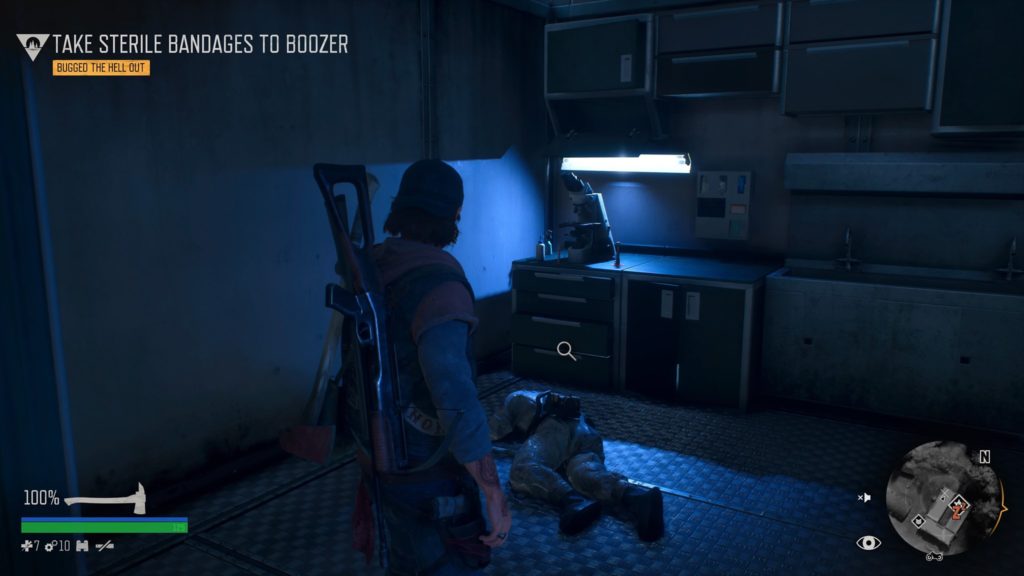 The first IPCA Tech you should collect can be found inside Little Bear Lake Nero Checkpoint. Look for it in the MMU building, inside the room opposed to the one with the Gun Locker. 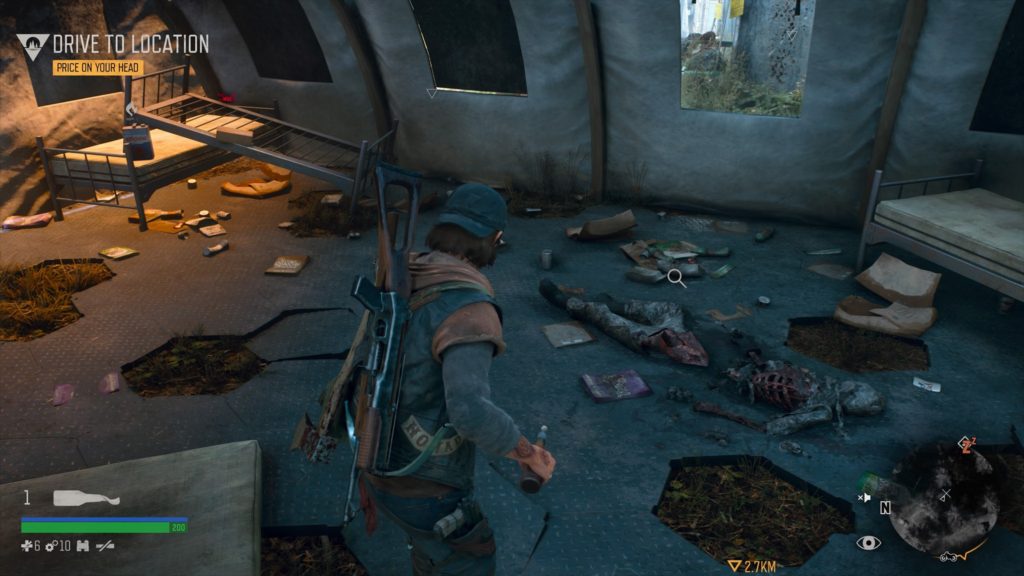 For the second Tech travel to Old Pioneer Cemetery. You’ll find it in the tent close to the MMU building, on the ground. 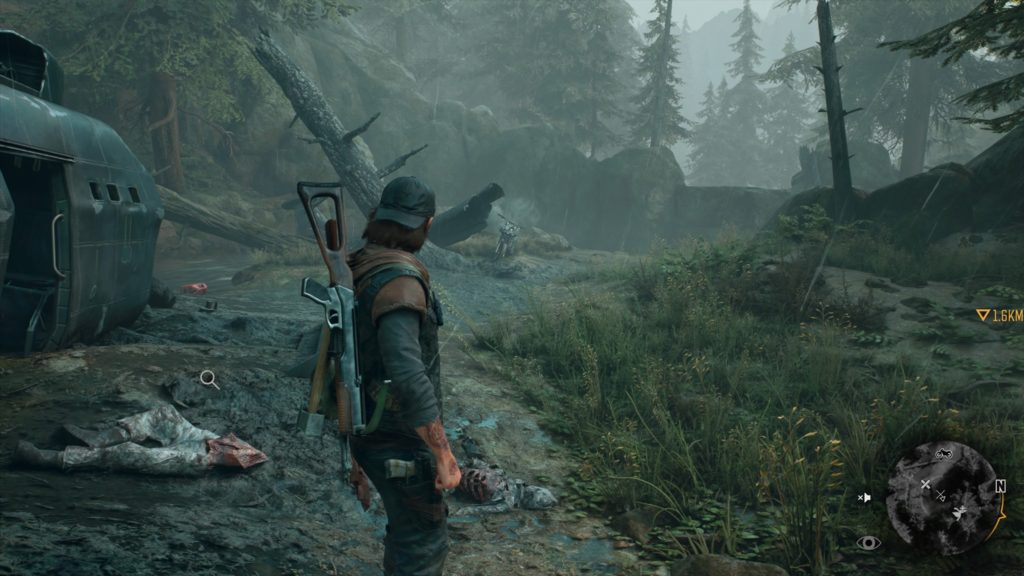 The third Tech is in front of a helicopter, also on the ground.

This location is the first Cascade Nero Research Site we have covered in our guide, and you’ll need to jump with your bike to reach it. 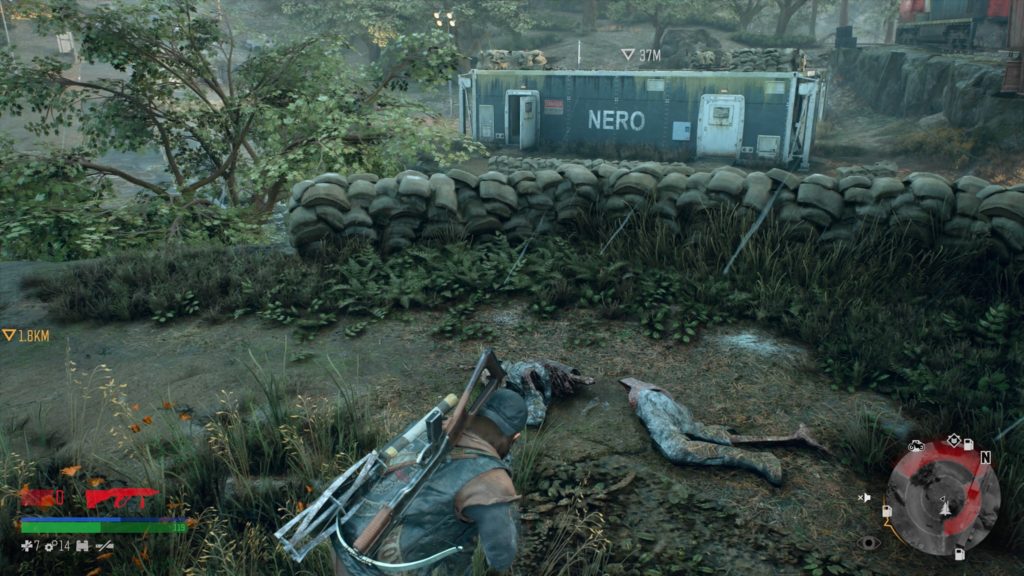 Another IPCA Tech in Cascade Region is found outside Horse Lake Nero Checkpoint.

You can see it in a sandbagged area, close between a large green truck and the train tracks. 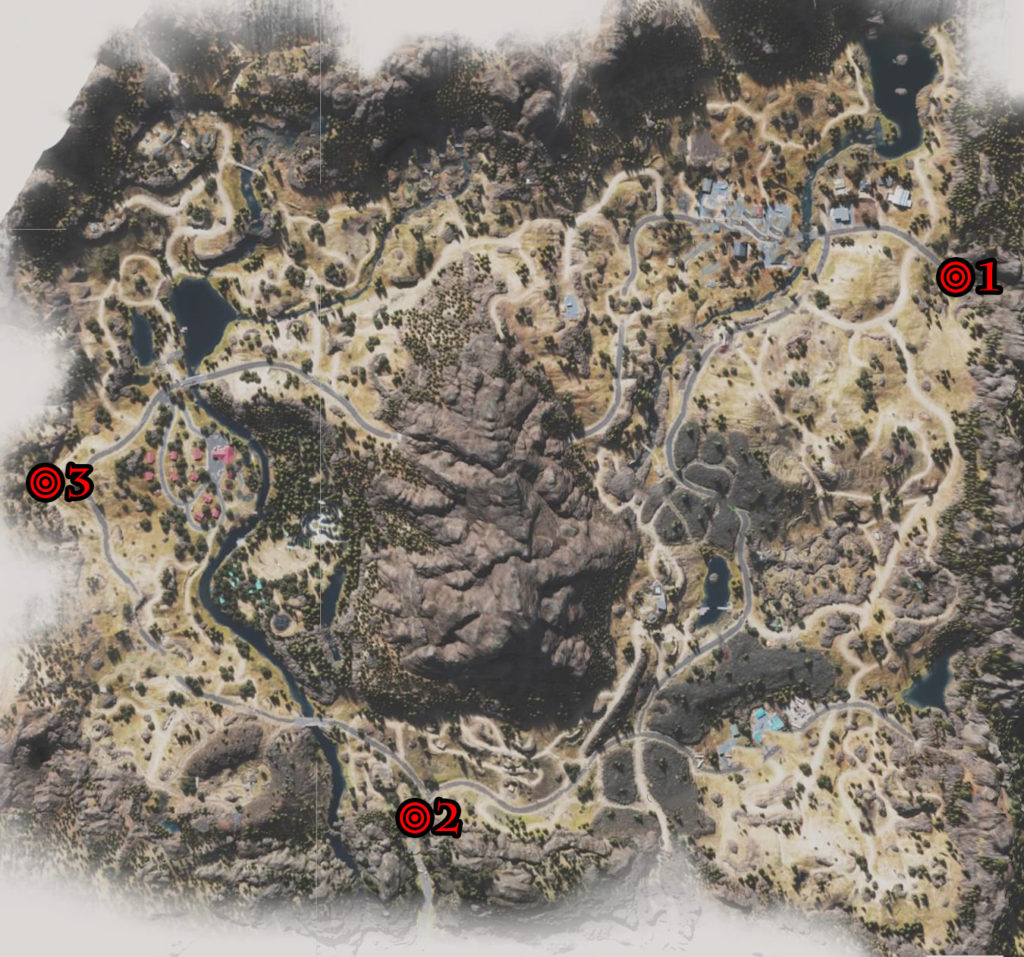 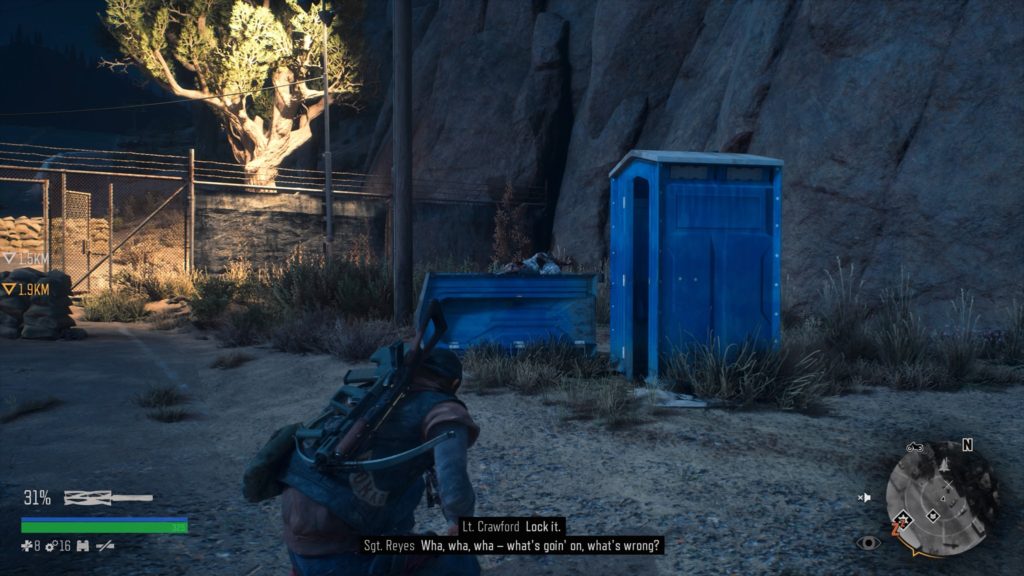 The first Belknap IPCA Collectible on our map is located inside Marion Forks Tunnel Checkpoint.

You’ll find the scientist in the courtyard, behind a blue restroom. 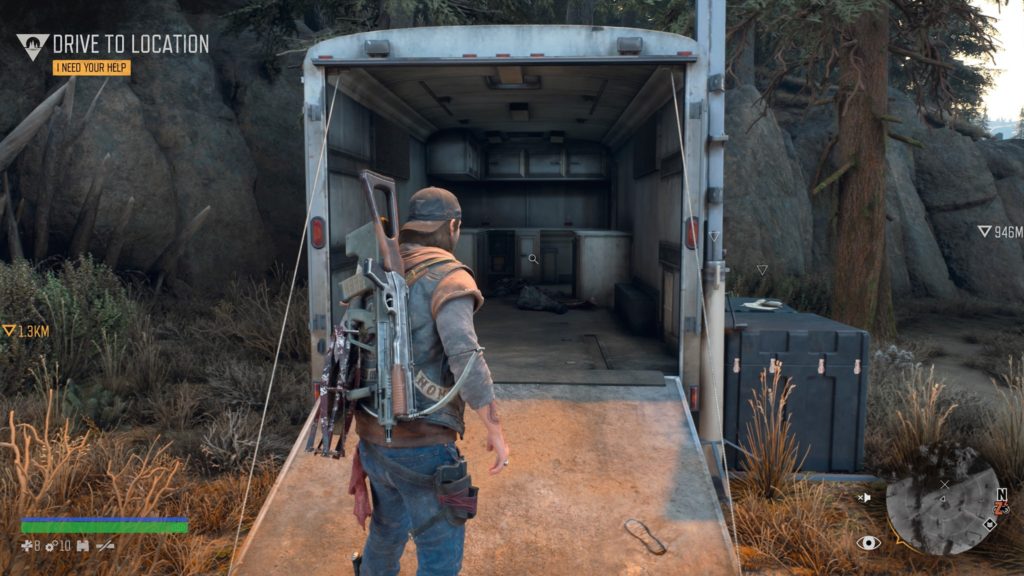 The scientist is found inside a white trailer, in the courtyard. 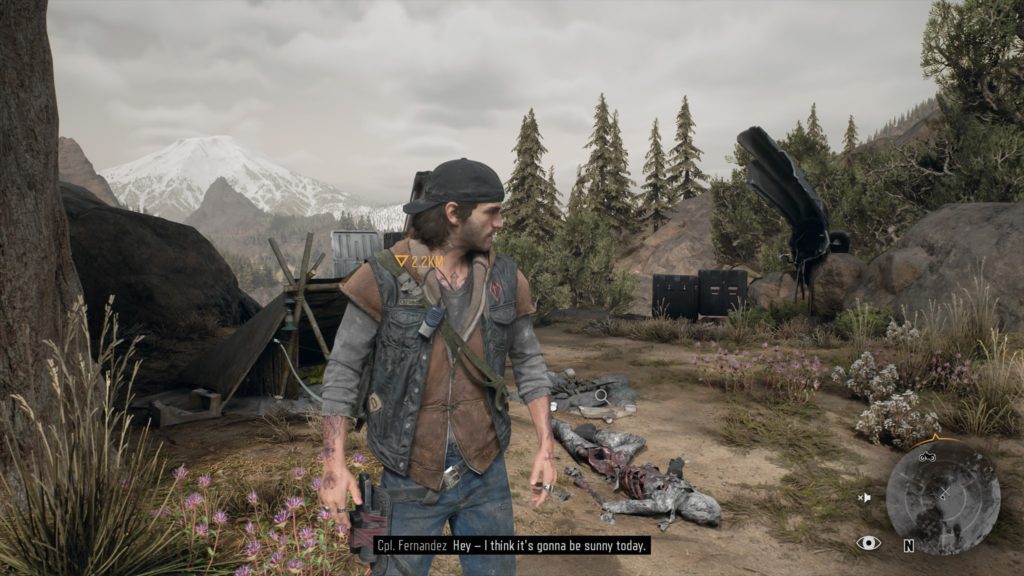 The last hidden collectible is found at the first Belknap Nero Research Site we have covered in our guide.

You’ll have to jump with your bike over a large gap, and then retrieve the Tech, the Nero Injector, and Nero Intel #9. 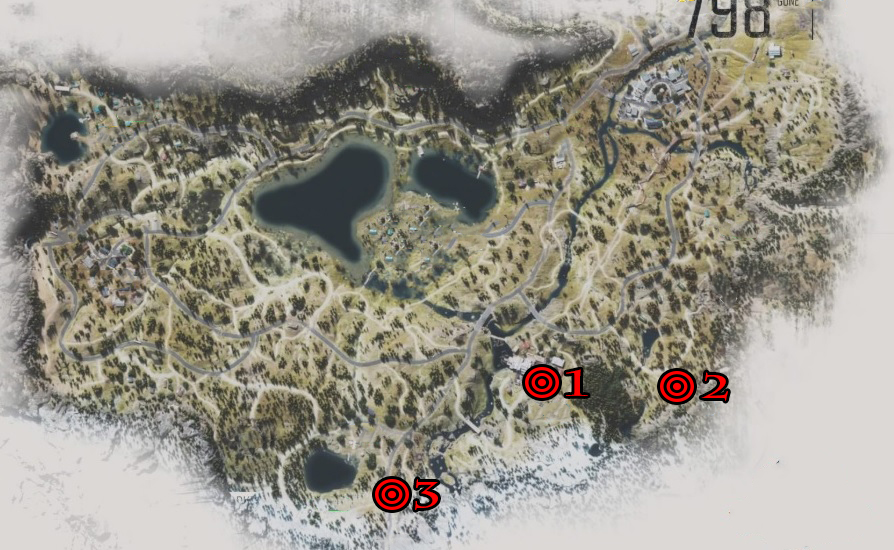 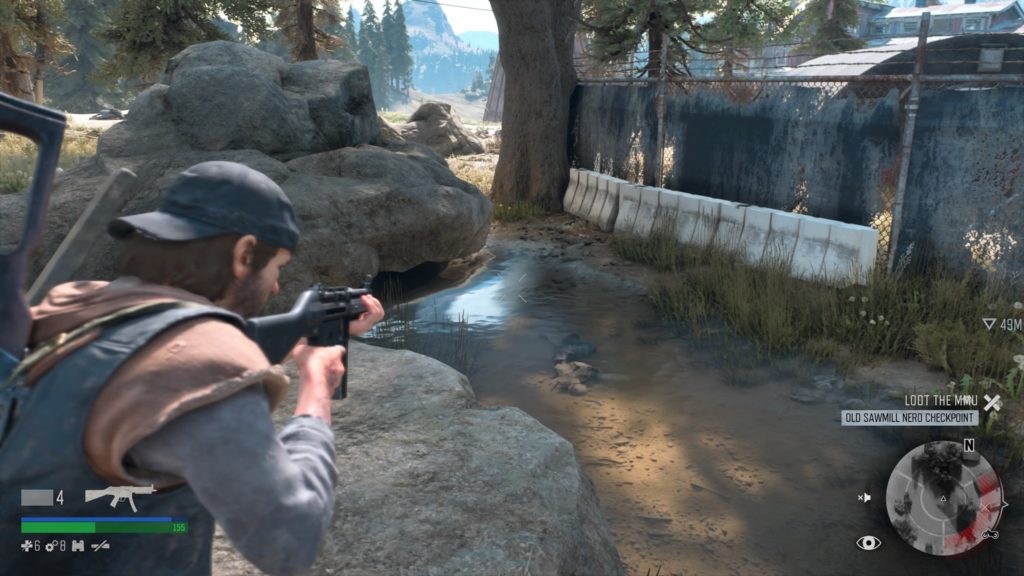 It’s very easy to miss, so after you clear the checkpoint, make sure you go outside and look for a pond by the checkpoint’s fence.

The scientist carrying the collectible is in water. 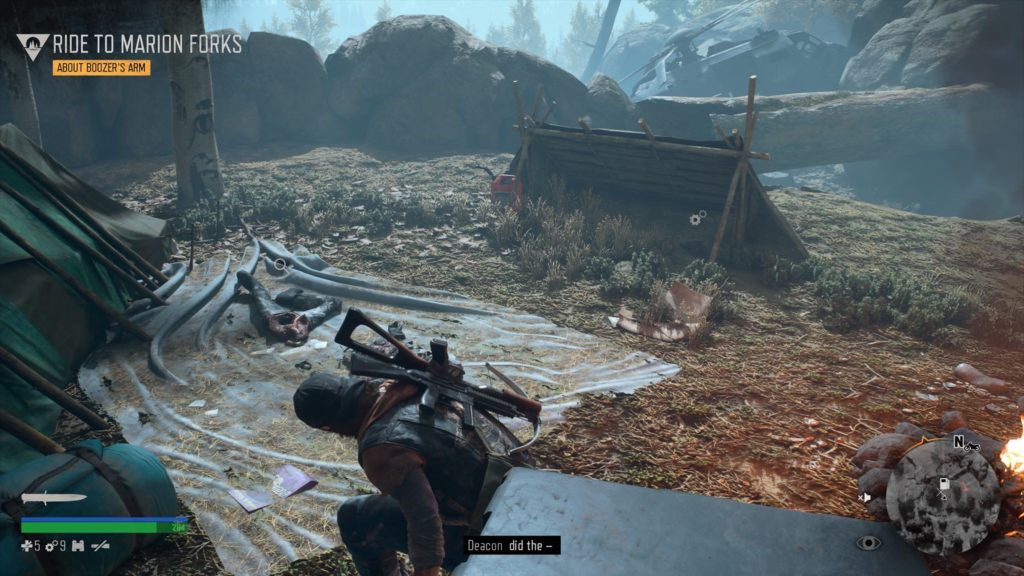 The second IPCA Collectible in Lost Lake, if you follow our map above, can be retrieved from a Lost Lake Nero Research Site. You’ll have to jump with your bike in order to reach it.

The collectible is in the middle of a small camp on a hill, close to a crashed helicopter. 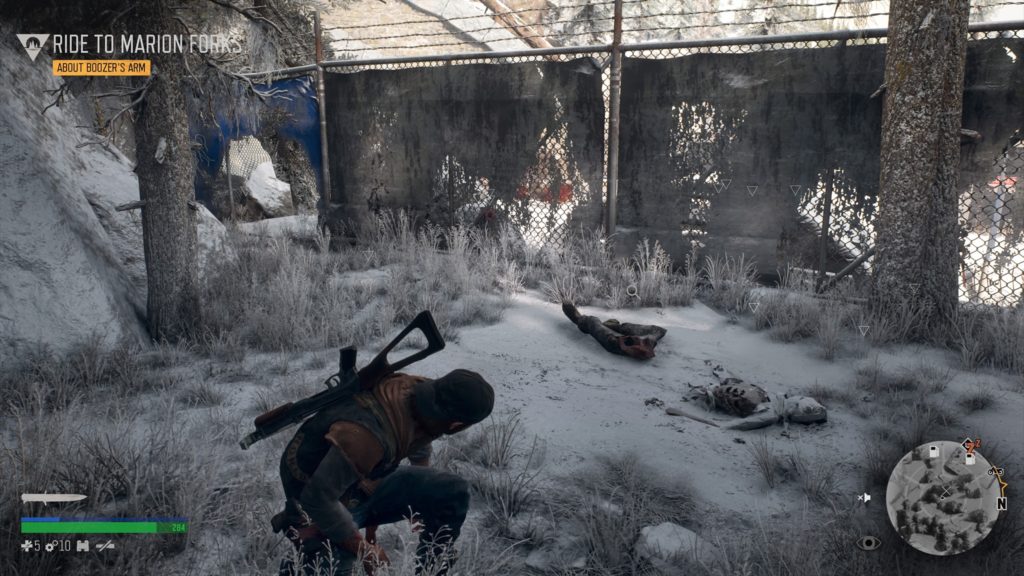 The third hidden collectible is located at Santiam Tunnel Nero Checkpoint. Again, after you clear the checkpoint, go outside and in the courtyard, you should see a tent.

Behind it, on the right side is a hole in the fence. Go through it and behind the fence you’ll find the scientist wearing the white suit. 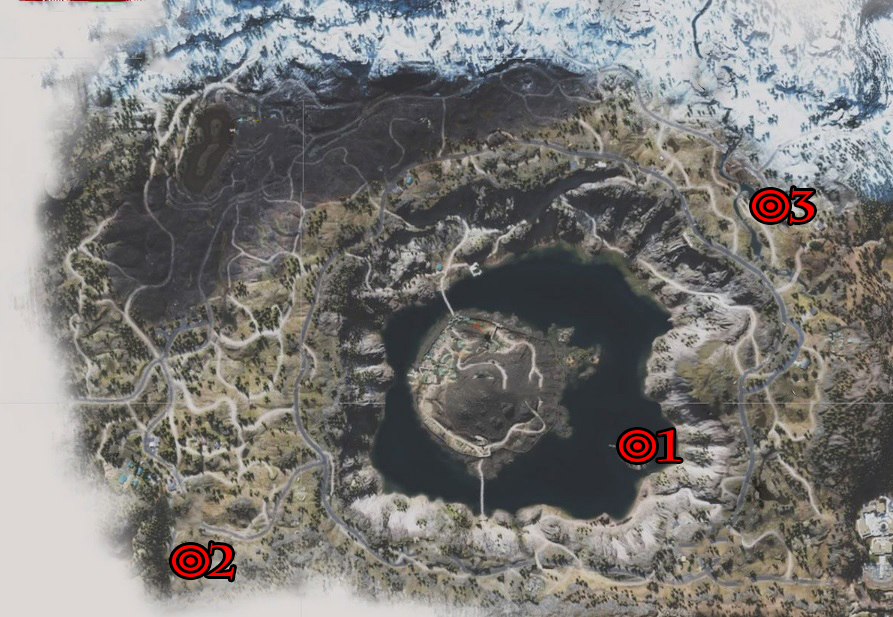 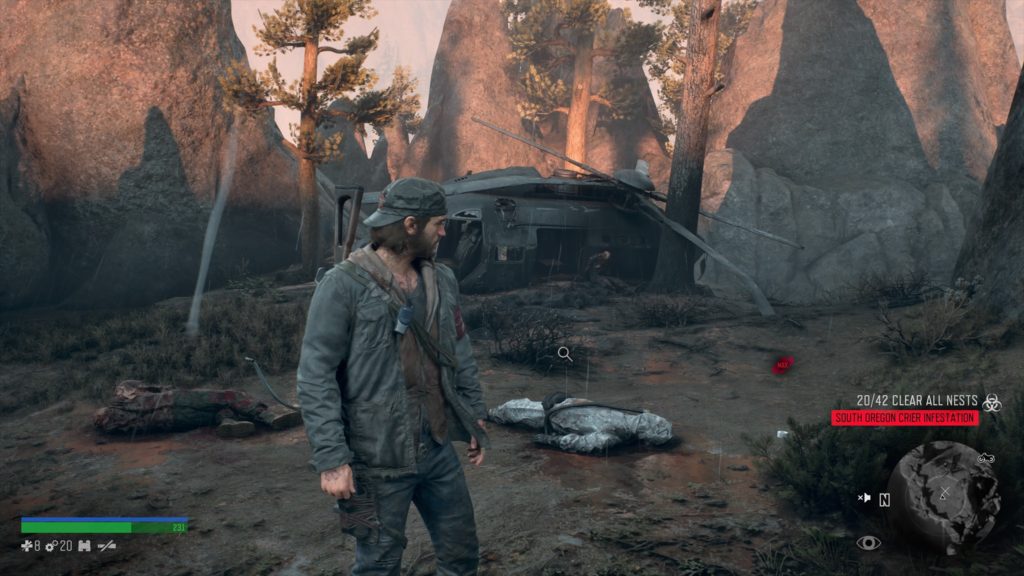 The first Crater Lake IPCA Tech on our map is located on the island south-west of Wizard Island. This is also one of the Crater Lake Research Sites.

This location can be reached by performing a long bike-jump using the ramp near a dead Nero scientist. Once you get to the said island, look for this secret item in front of the crashed helicopter.

To return to the mainland you’ll have to use another ramp on the upper hill. 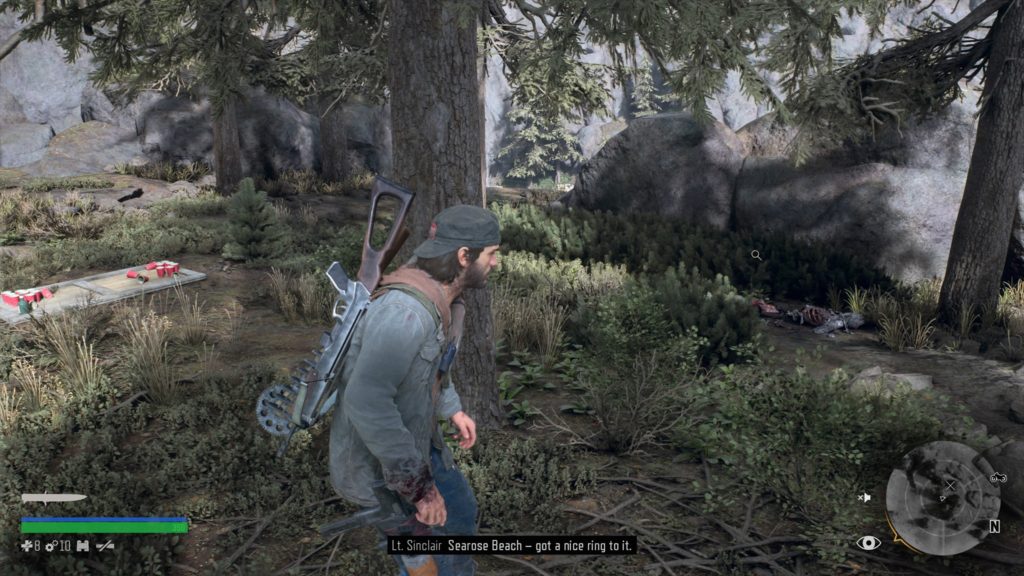 The second Tech on our map is located at Spruce Lake Ambush Camp which shares the same location with Spruce Lake Nero Checkpoint.

After you clear the area and unlock the said checkpoint head to the hill nearby (overseeing the camp) and you’ll see a beer pong game on the ground. Close to a rock behind the pong table is the scientist. 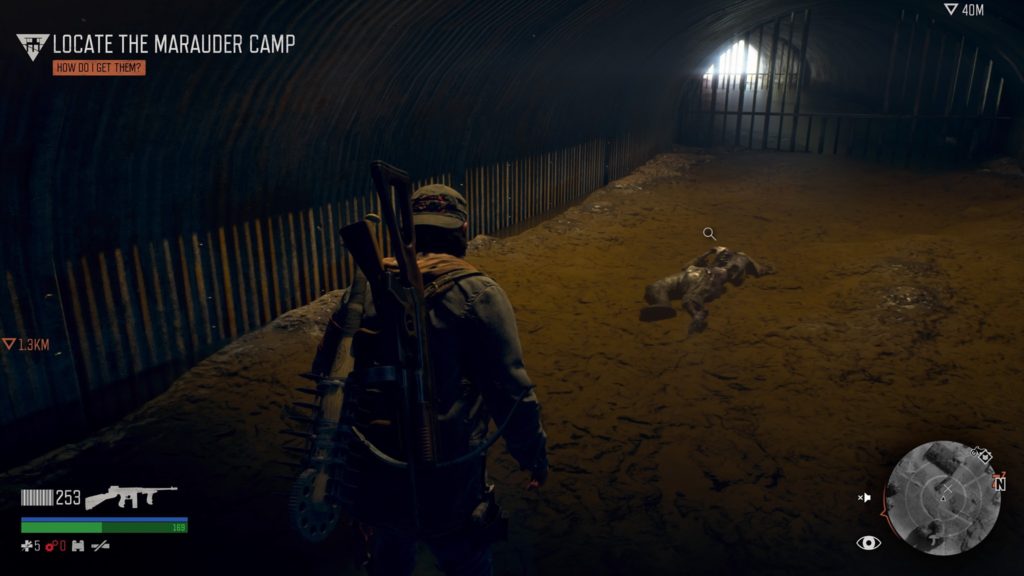 The final IPCA Collectible in this region is found at Volcanic Legacy Scenic Byway Nero Checkpoint. When you get to this location; while facing the entrance to the camp, head right, down the hill, and on the left side you’ll see the entrance to a sewer.

The Nero Scientist is on the ground in the middle of the tunnel. 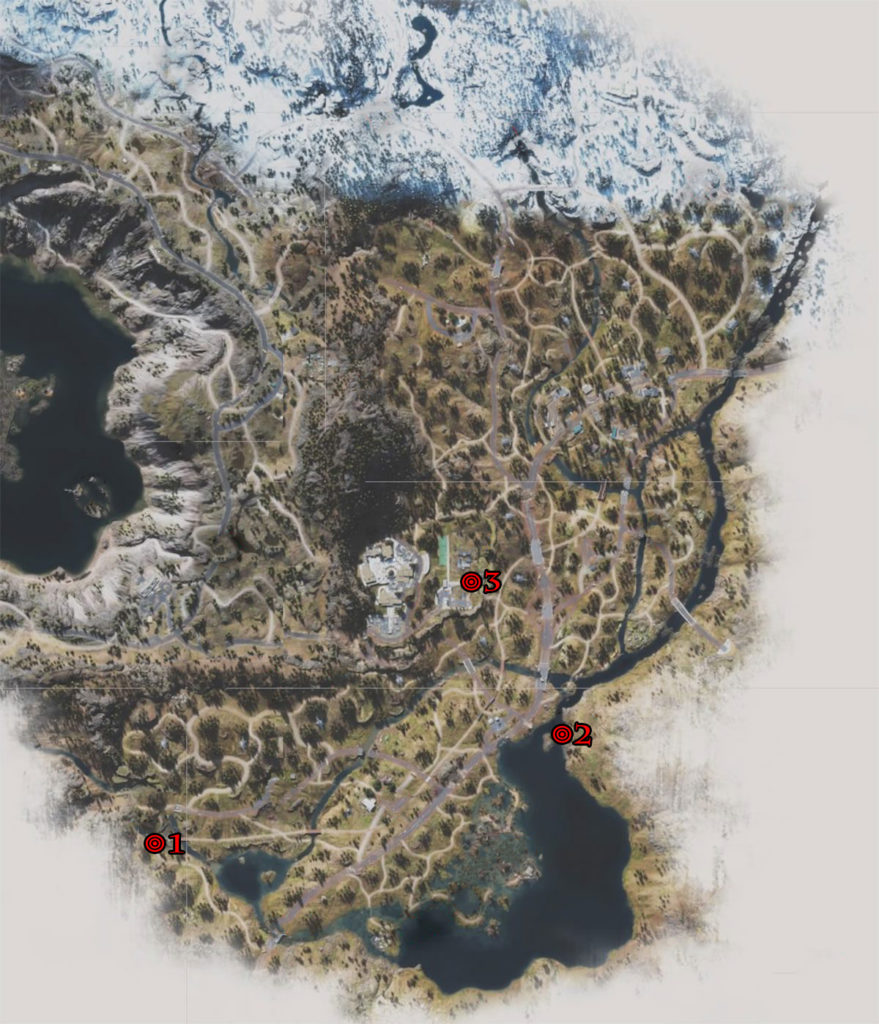 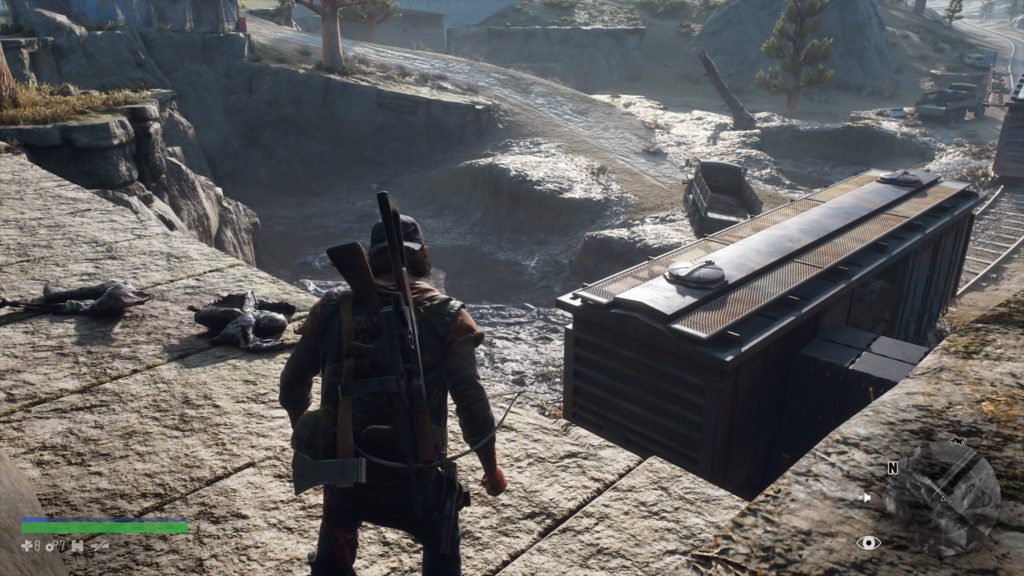 The first Highway 97 IPCA Tech on our map is harder to find. As you can see, it’s close to Pillette Bridge Nero Checkpoint.

After you unlock this location, to the south, you should see a train track and a tunnel. The Nero Scientist is found on top of the tunnel’s entrance.

You can get there by climbing a ledge. 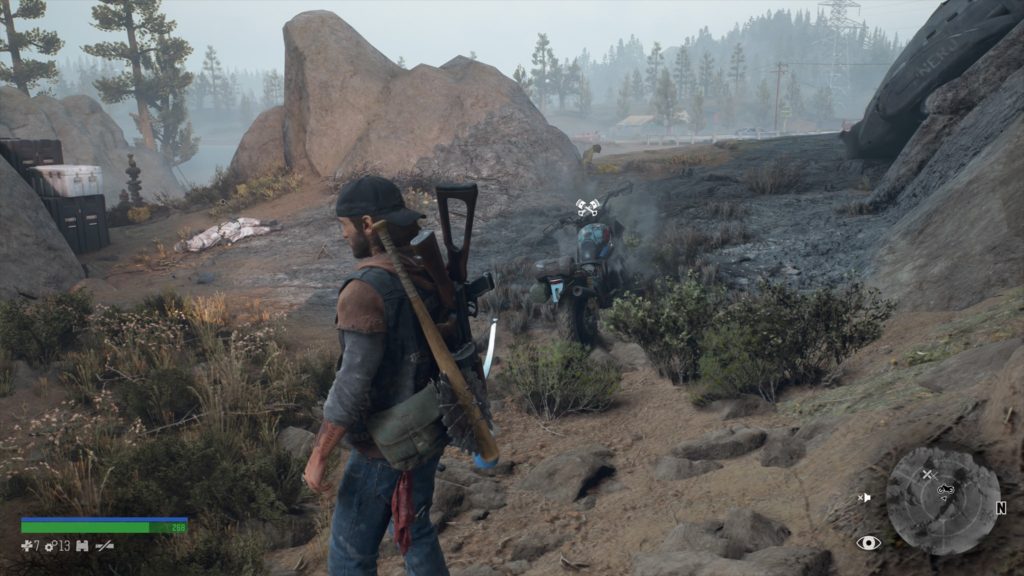 The second IPCA is found at one of the Highway 97 Research Sites. On our map, you can notice that’s on a small island which can be reached by performing two bike jumps.

The Nero Scientist is found close to the black crates and the Nero Injector. 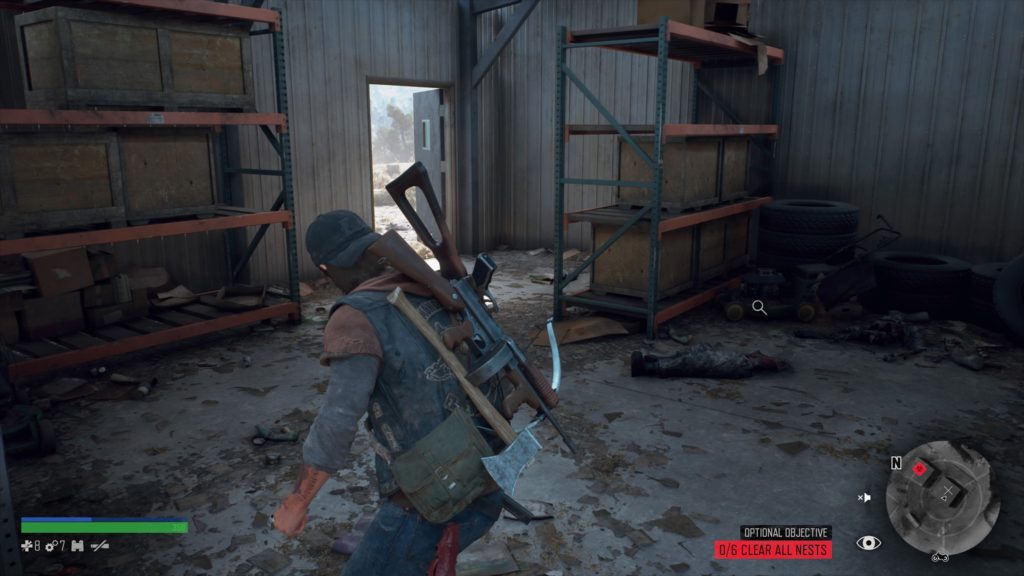 The final hidden IPCA is found at Chemult Community College. After you unlock the Nero Checkpoint; look south from the MMU buildings for a white storehouse.

Outside you should see a dead Nero Scientist wearing a yellow suit; while inside, the remains of another scientist equipped with a white suit.

This warehouse is very close to a Chemult Community College Infestation Nest. 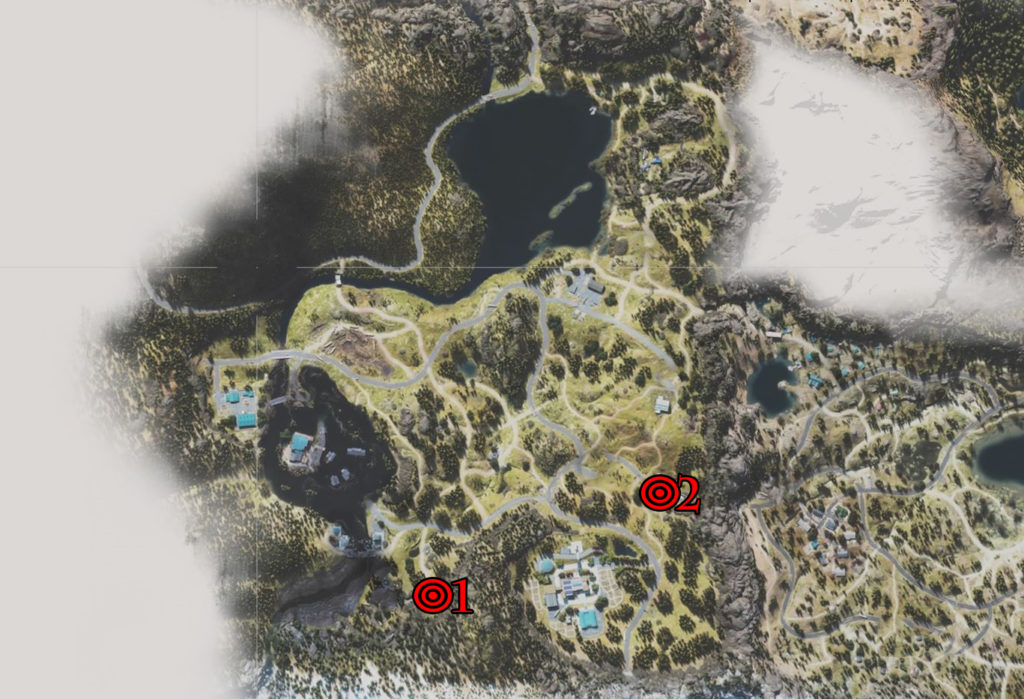 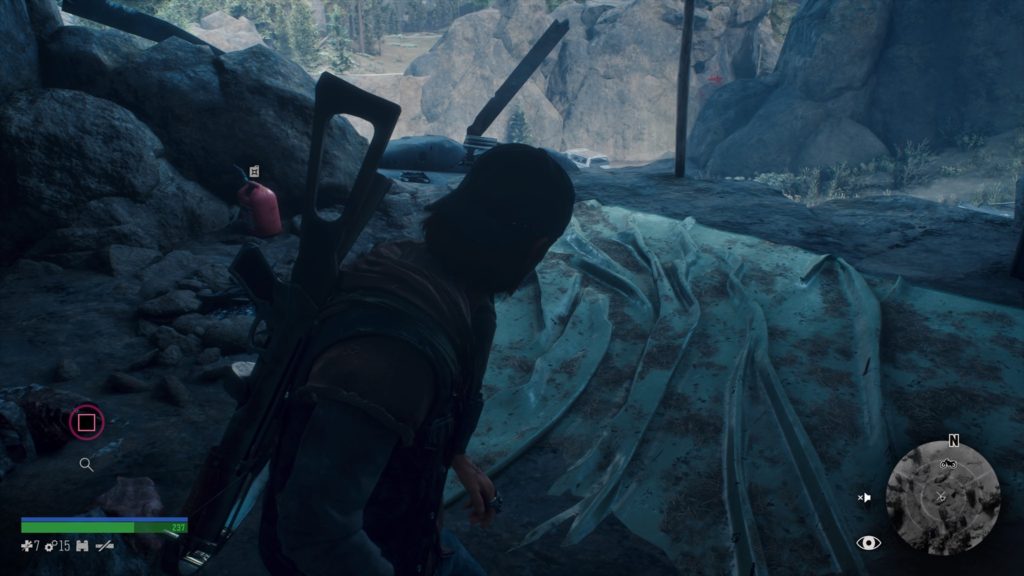 The first Iron Butte IPCA Tech on our regional map can be found within the Research Site east of Redwood RV Park Ambush Camp.

You can collect it after you perform a bike jump over the camp’s entrance and land on the cliff where a crashed helicopter can be spotted.

The Nero Scientist is found in the cave above the helicopter. 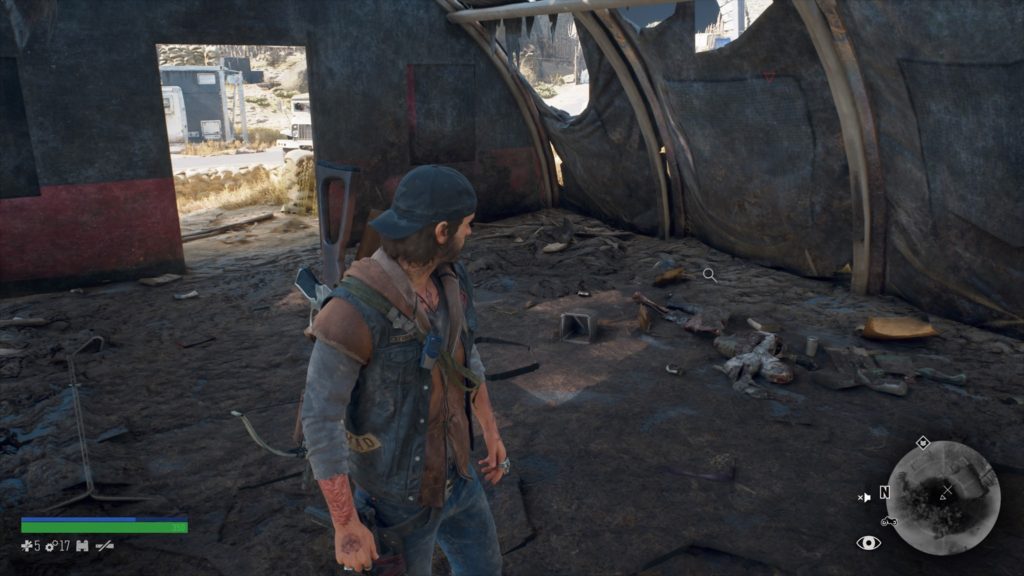 The second secret collectible in this region is found at Rogue Tunnel Nero Checkpoint. After you clear the area, on the right side of the main road you should see two black tents.

On one of them, you can notice a painting by the entrance (R.I.P). The scientist is inside this specific tent, on the ground (pictured above). 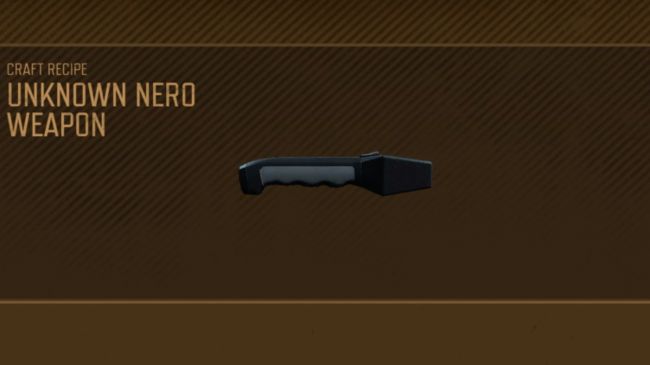 After you find all IPCA Collectibles and finish the game’s story, make sure you address the missions you have left.

Completing them will eventually unlock the Unknown NERO Weapon, which can be found in your Handgun slot.

To craft this weapon you’ll need all 18 Hidden Collectibles, as you can probably guess.

After you find them you’ll be able to craft the Days Gone secret weapon simply by accessing the Handgun menu from the Survival Wheel.

This Days Gone Hidden Weapon is actually known as the IPCA Stun Gun and it is a reference (easter egg) to Siphon Filter, the PS1 video game developed by Bend Studio.

The weapon is quite interesting to use, although not as efficient as you might expect. It allows you to stun Freakers and even set them on fire.