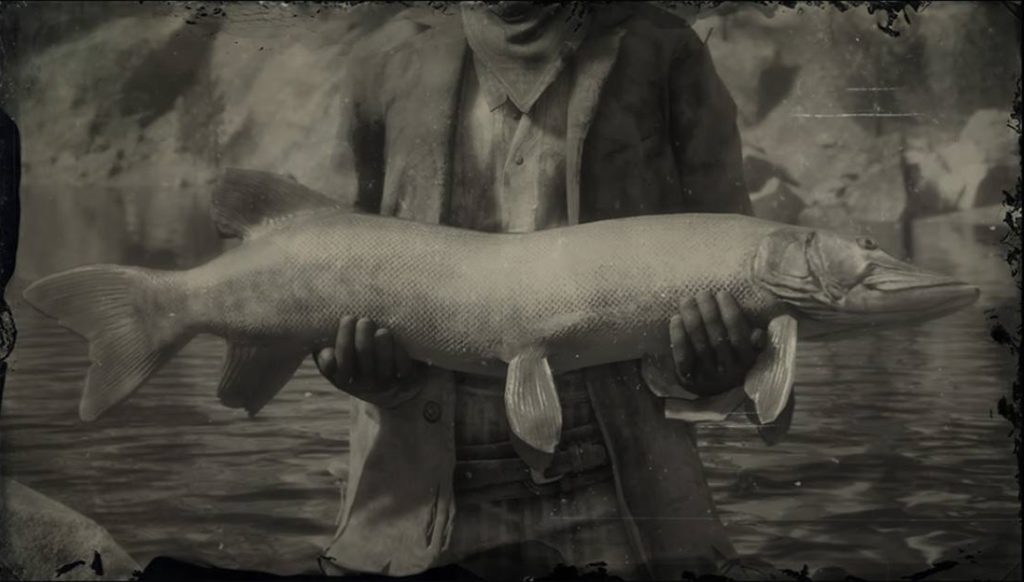 The Red Dead Redemption 2 Muskie is another large-sized fish you can catch in the video game developed by Rockstar Studios for PS4 and Xbox One.

A Muskie in RDR2 is a fish species which prefers cold, clean waters, therefore you have better chances to successfully catch one in the northern regions of your map.

Endemic to lakes, the Red Dead Redemption II Muskies can be easily confused with the Northern Pikes; however, these two fish species are quite different as you can see below.

“Muskies are long, slender-bodied, predatory fish, inhabiting northern lakes. They will ignore food baits and favors Lake Lures. Muskie are most active on cloudy, overcast days. There are legends of a monster Muskie having been sighted off the coast of Roanoke Ridge.”

Although you can attempt to catch a Muskie in any of the RDR2 locations on our map below; our preferred fishing spot remains Lake Ownajila, as it can be reached faster by fast-traveling to Strawberry and because it’s also a great spot to fish Sockeye Salmon.

Before traveling to a fishing spot; however, remember to purchase the Lake Lure from the Lagras Bait and Tackle Shop; because the Muskie is a smart fish which will usually avoid live bait. 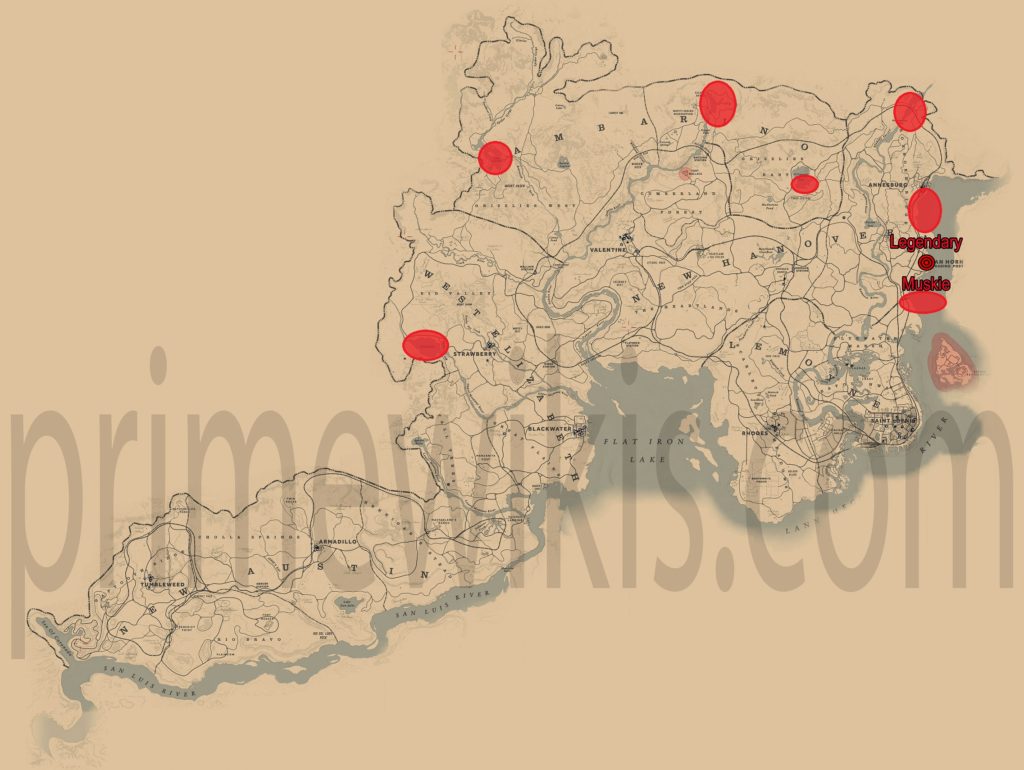 The Legendary Muskie, located close to Van Horn Post as you can see on our map above, is heavier and has a weight of 36lbs and 7 oz.

Having a Flaky Meat, the Muskie from Rockstar’s video game can be cooked as many of the small-sized fishes such as the Redfin Pickerel, Perch, Bullhead Catfish, Chain Pickerel, Rock Bass, and Bluegill.

Finally, the Plain Flaky Fish recipe doesn’t require any special ingredients but you’ll need a fire to cook it.

If you already managed to catch other large-sized fish such as Lake Sturgeon, Channel Catfish or Longnose Gar then you already know how to approach the Muskie.

On the other hand, if this is your first attempt to score a large fish; you should know that the technique is quite different.

Start by casting your line, then slowly rotate the controller’s right thumbstick clockwise. After you hook the fish, stop reeling when it’s fighting, then continue to reel in only when the fish is calm.

Furthermore, keep your rod up all the time by tilting the left thumbstick down regularly; even when the fish struggles to escape.

The trick here is to constantly move the thumbstick down at short intervals (2-3 seconds), then quickly reel the fish in. 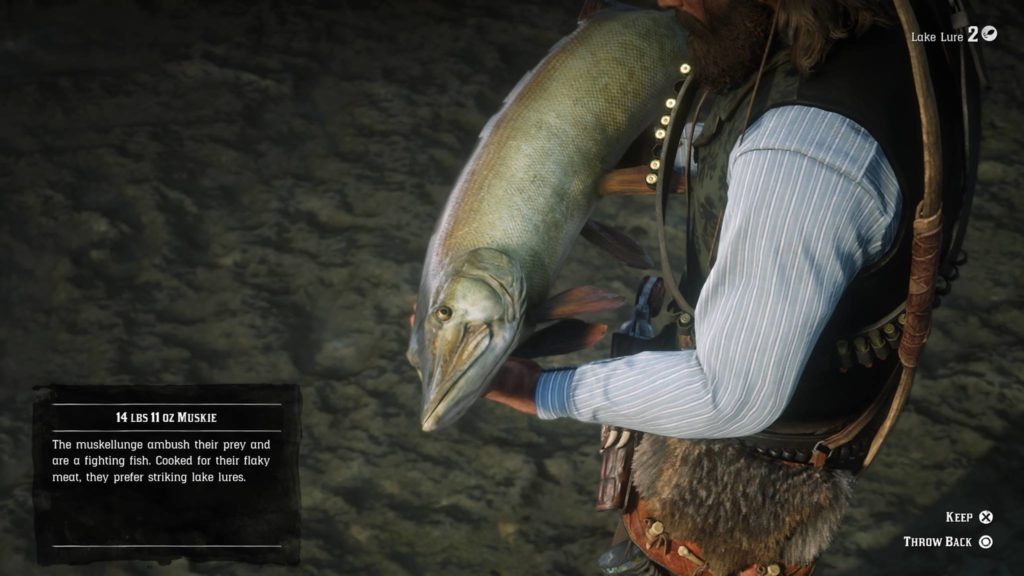 Did you manage to catch a Muskie while playing Red Dead Redemption 2? Let us know your fishing tricks and tips in the comments section or drop them on our social media pages (Facebook, Twitter, and Instagram).