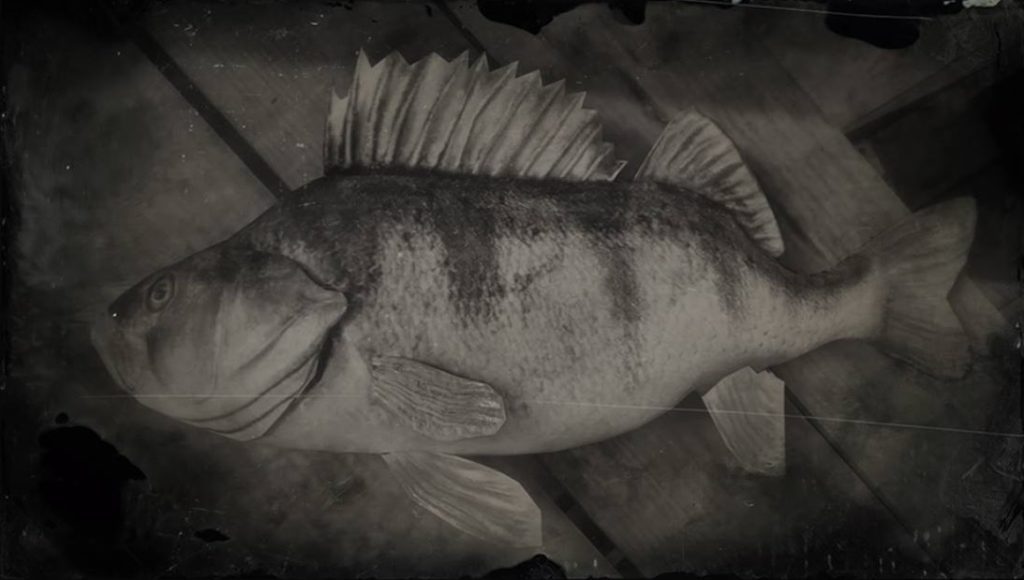 Another Fish Type you can catch in Red Dead Redemption 2 is the Perch; a small-sized species which prefers the northern lakes and rivers.

Nevertheless, the RDR2 Perch can also be encountered while trying to catch other small fishes in the southern region of your map.

For example, you can catch a Perch while fishing for Redfin Pickerel or Chain Pickerel, mainly because these species share the same habitats.

To get better results, though, we suggest you try to rivers and lakes north of Valentine and Strawberry, where you’ll often catch the largest Perch.

“Perch are widespread in rivers and lakes throughout the land. Small but tasty, they swim near the surface to feed on algae and water plants and will take a variety of food baits, particularly bread. Sunny weather, when they are at their most active, is best for Perch fishing. There are rumors of a Legendary Perch somewhere in the Roanoke Ridge region.”

Although you can catch Perch in almost every lake and river in the northern part of the map; our favorite location remains Cattail Pond, in the Grizzlies West region of the Ambarino territory.

In this lake, you also have great chances to catch Bluegill.

When fishing for this specific species in Red Dead Redemption II, use the Bread Bait. 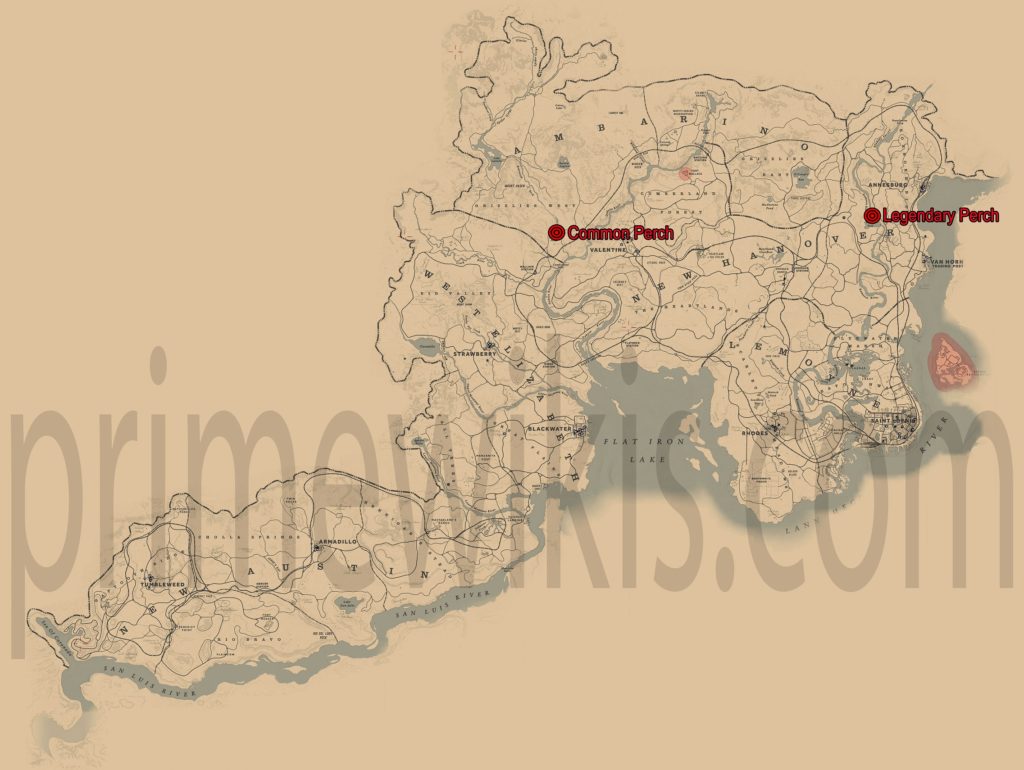 There are two types of Perch in the video game developed by Rockstar Studios for PS4 and Xbox One. First, we have the common type with a weight between 0.5 and 2.00 lbs.

Then we have the Legendary Perch which is harder to catch and has a weight of 2lbs 9oz.

Because this fish has flaky meat, as most small-sized species; you can use it to cook only four Flaky Fish recipes.

Without any additional ingredients, you can make Plain Flaky Fish. If you add some herbs you can also make Thyme Flaky Fish, Oregano Flaky Fish, and Minty Flaky Fish.

Simply cast your line and wait for the Perch to bite. Press R2/RT when the controller shakes in your hand, then reel the fish in by rotating the right thumbstick clockwise and when the fish is not fighting.

Stop reeling when the fish starts to fight, and pull the rod in the opposite direction. 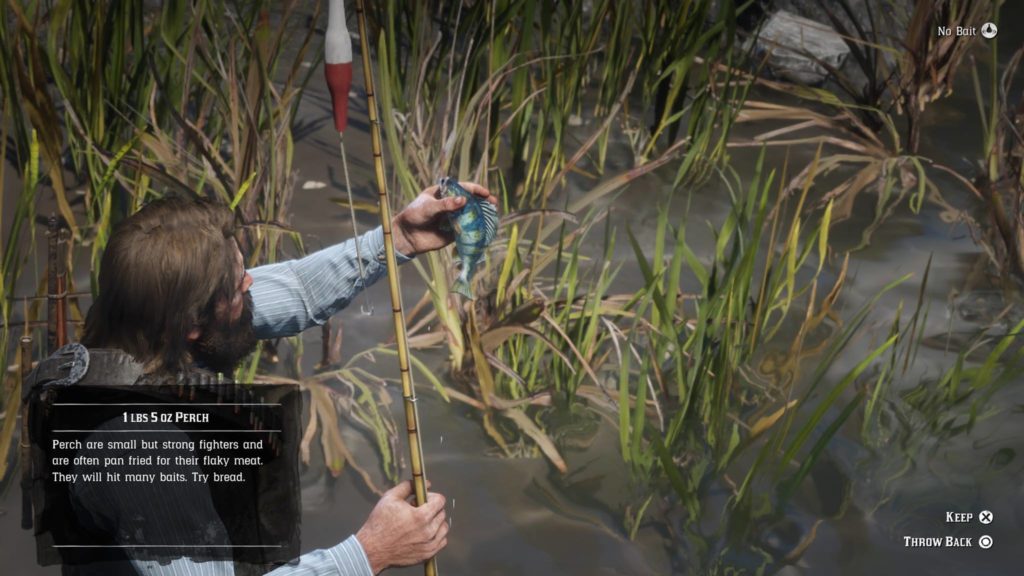