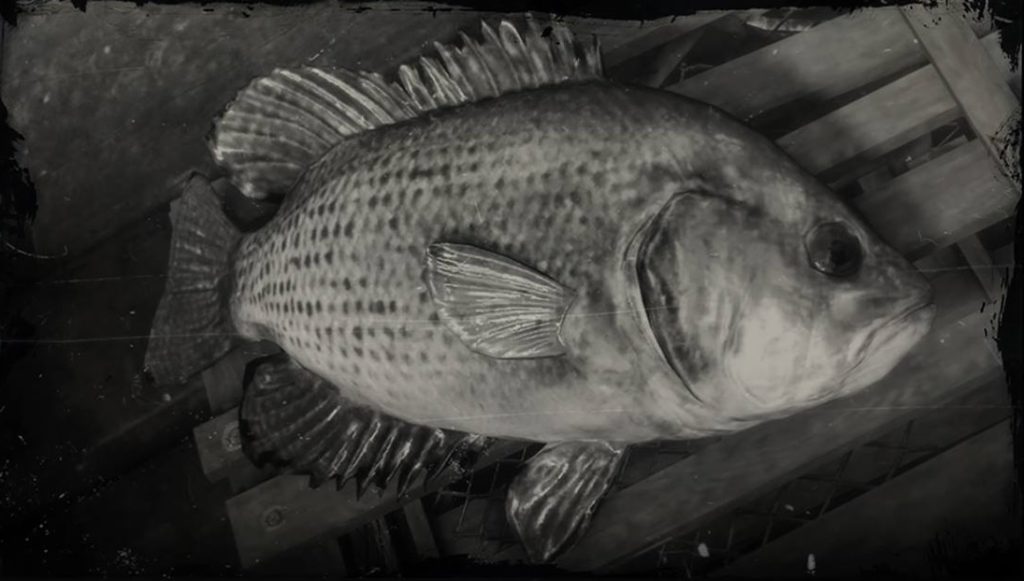 Red Dead Redemption 2 Rock Bass is a small-sized fish available early in the video game developed by Rockstar Studios for Xbox One and PS4.

The RDR2 Rock Bass is endemic to the northern and southern lakes, but rarely can be also found in rivers and swamps. Because it’s an accessible fish type you can attempt to catch it the moment unlock Chapter 2 and complete A Fisher of Men.

To get better results while trying to catch a Rock Bass in Red Dead Redemption II, we suggest you wait until the weather conditions are appropriate; as this fish is most active during sunny days.

“Rock Bass can be found in clear waters all over the country. Small and active near the surface, they are not too difficult to reel in. Rock Bass will take many food and natural baits and are especially fond of cheese. They are particularly active on sunny days. Fishermen’s lore has it that there is a Legendary Rock Bass living in the peaceful woodland region of Tall Trees.”

One of the best locations to fish for Rock Bass in Red Dead Redemption 2 is Flat Iron Lake. In fact, if you are tired of riding and fast traveling, you’ll have some unexpected results while fishing from the pier in your camp at Clemens Point.

If the weather permits, you’ll also catch Bluegill because these species prefer the same type of bait which is Cheese.

Furthermore, if you’re lucky and switch to corn you might catch Chain Pickerel and using bread you might attract some Perch. 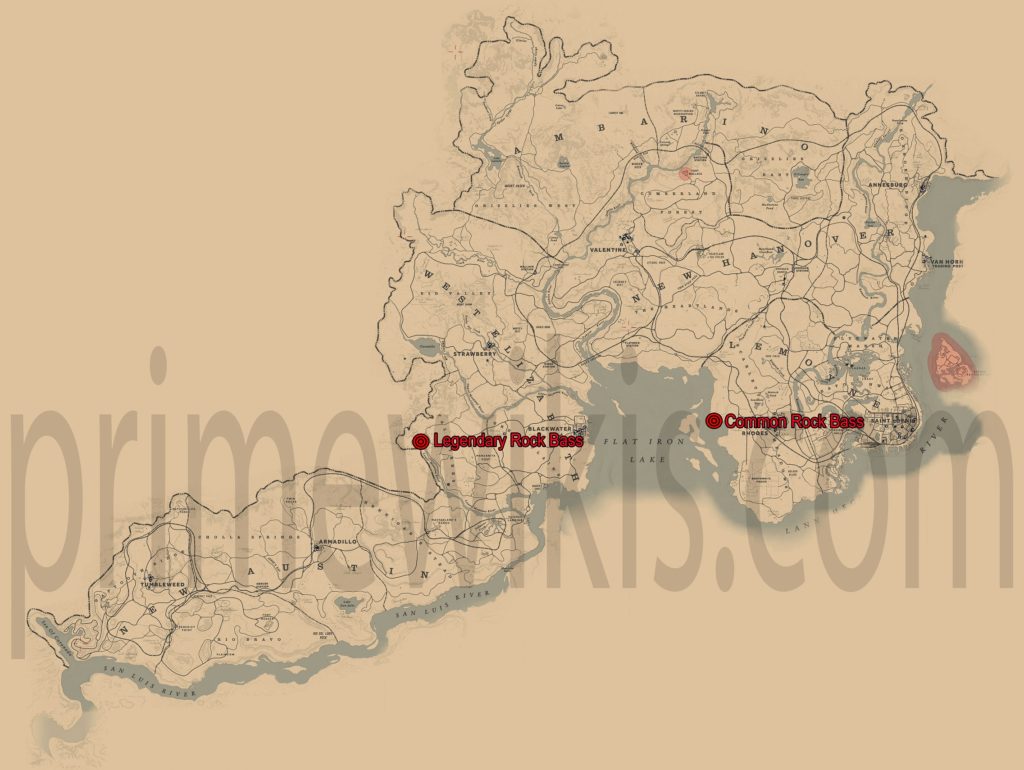 The common Rock Bass, swimming in most lakes featured in the video game, usually has a weight between 0.5 and 2 lbs; depending on your luck.

A larger exception is the Legendary Rock Bass with a weight of 3lbs and 5oz. As you can see on our map above this specific fish is found in Aurora Basin.

Because the Rock Bass has flaky meat, you’ll be able to cook the same recipes as those available for other similar fishes such as Redfin Pickerel for example.

Without any aromatic herb, you can cook at your tent Plain Flaky Fish. By adding the corresponding herbs, you’ll be able to cook Thyme Flaky Fish, Oregano Flaky Fish, Minty Flaky Fish.

The Rock Bass is quite easy to catch in Red Dead Redemption 2; because its class is that of a small species. Start by placing the recommended bait above, then cast your line holding L2/LT and pressing R2/RT.

When the fish bites, press R2/RT once to hook the fish; then rotate the right thumbstick clockwise; stopping when the fish struggles.

Resume reeling when the fish is tired until you bring it close to you. 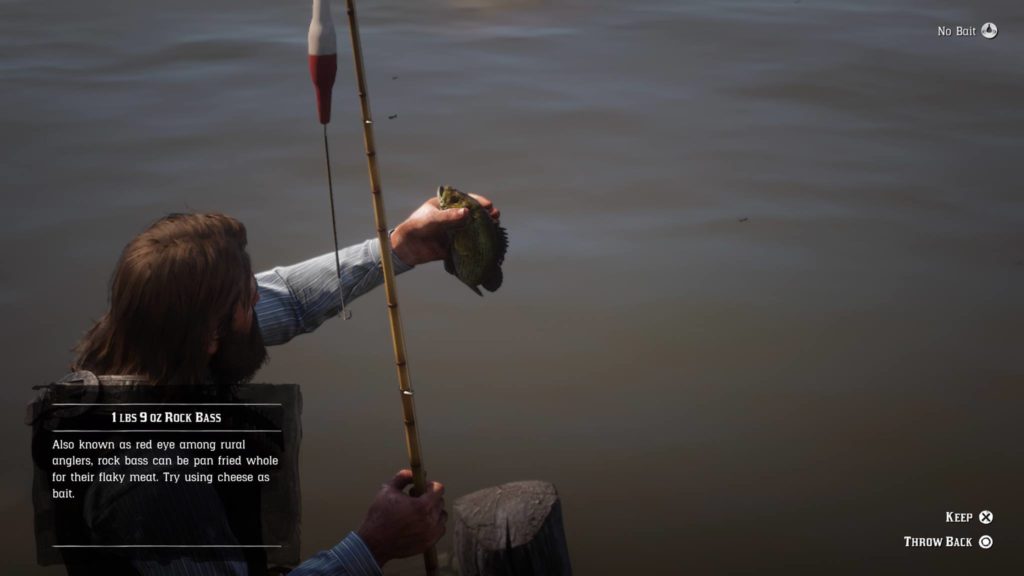