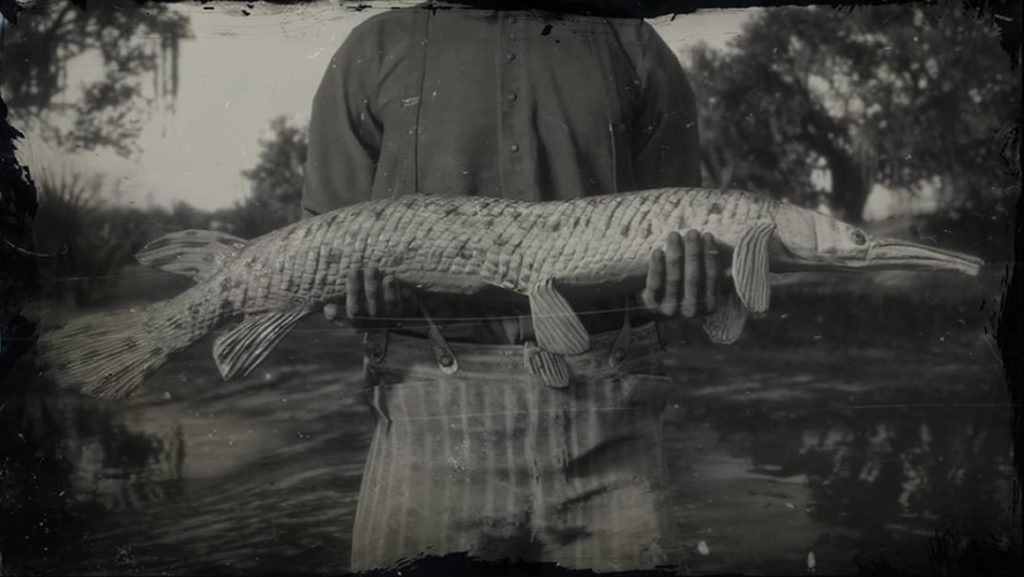 The Red Dead Redemption 2 Longnose Gar is another large-sized fish type you can catch while playing the video game published by Rockstar Games.

An RDR2 Longnose Gar can be easily identified by its thin nose; which separates this fish from other large-sized species such as Channel Catfish, Muskie, Lake Sturgeon, and Northern Pike.

Endemic to the swamps in Lemoyne, the Longnose Gar in Red Dead Redemption II is an accessible fish that must be caught if you aim for Total Completion in the game.

“Longnose Gar are large, long, thin swamp dwellers. The Longnose Gar’s habitat is restricted to a few spots in Lemoyne. It eschews natural baits in favor of Swamp Lures. Longnose Gars are noted to be more active in overcast weather. Bluewater Marsh locals tell of a Legendary Longnose Gar lurking somewhere in the shady bayou.”

As you can see on our map below, the Longnose Gar can be found only in several fishing areas, all of them in Bayou Nwa. If you visit any of the fishing spots marked on our map, you’ll be able to catch a Gar; our recommended location being the one east of Largras Bait and Tackle Shop.

To increase your chances of fishing a Longnose Gar in Red Dead Redemption 2, make sure you buy the Swamp Lure from the said shop.

Furthermore, although it’s not a decisive factor, overcast weather will help you get better results. 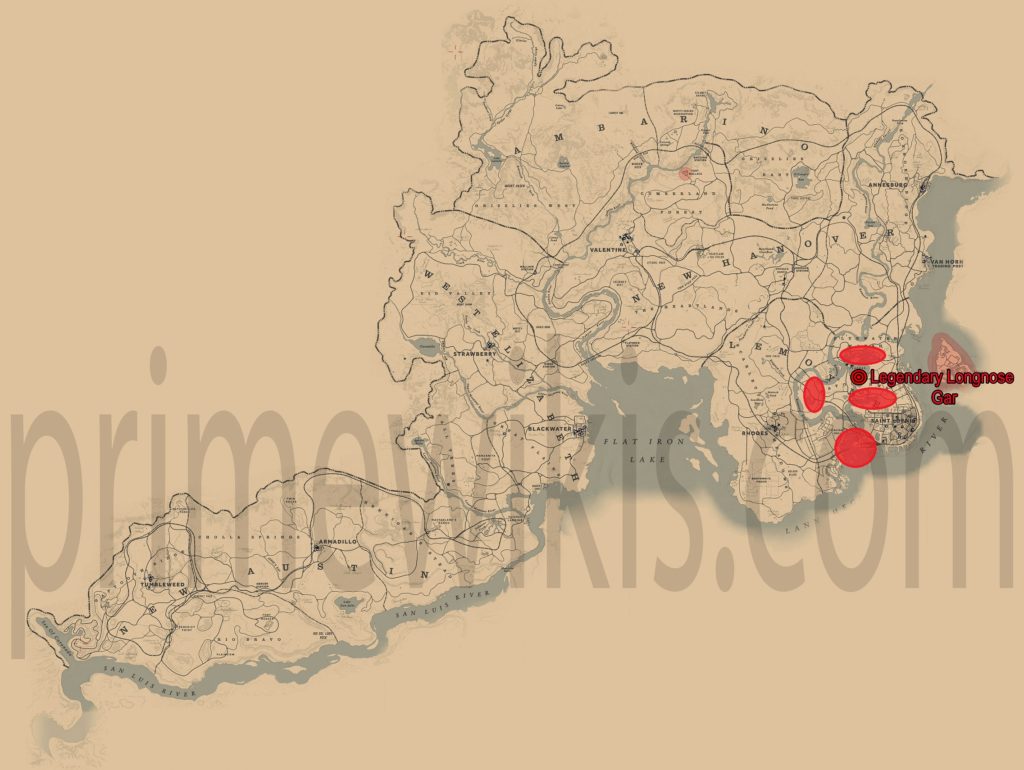 Similar to all other fish species in the game, the Gar features 2 variations. The common one, which is smaller in size, weights between 14 and 20 lbs.

A larger variation, known as the Legendary Longnose Gar, can also be caught in Bayou Nwa; if you wish to complete A Fisher of Fish mission.

This rare exemplar weights 41lbs 8 oz, and its location can also be observed on our map above.

Having a Gritty Meat, this fish doesn’t give you too many cooking options; therefore you can only prepare the Gritty Fish recipe which doesn’t require any additional ingredients.

A cooking fire is; however, mandatory.

If you already master the fishing technique for large-sized fishes, then the Longnose Gar is quite accessible. Remember to keep your rod up even when the fish is struggling, by tilting the left thumbstick down.

When the fish is calm, keep tilting the same button and rotate the right thumbstick clockwise at small intervals (2-3 seconds).

This procedure will help you bring the fish in faster without risking the lose the fishing line. If you struggle to attract the fish, make sure you press the R2/RT button at long intervals, otherwise, you might spook it. 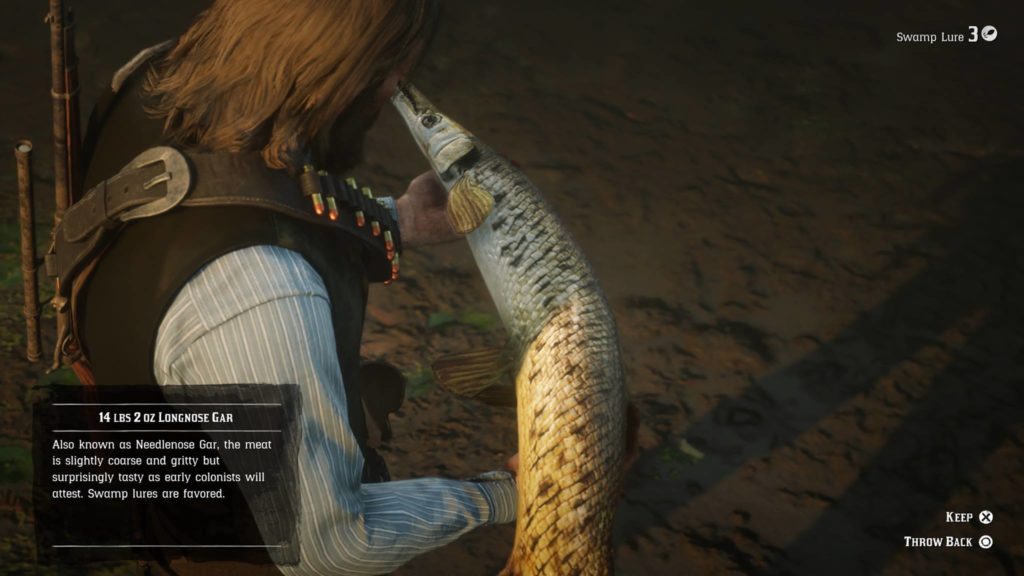 Having problems catching a Longnose Gar in Red Dead Redemption 2? Let us know in the comments section or drop your question on our social media pages ( Facebook, Twitter, and Instagram).