Money Lending and Other Sins IV continues the loansharking series of missions featured in Red Dead Redemption 2, the video game released in 2018 for Xbox One and PlayStation 4.

Money Lending and Other Sins IV, is no different than the first two parts; meaning that you’ll be able to trigger it, the moment you start Chapter 3, by talking to the same Leopold Strauss.

It’s worth mentioning though, that if you don’t complete this specific mission by the end of the third chapter; then, both targets you need to find will transfer to Chapter 4. This means that they will become your objectives for Money Lending and Other Sins V.

Assuming you want to get the most from the video game, we’ll complete this mission, the moment it becomes available, without delaying it. So, let’s find two additional debtors for Leopold Strauss.

For this mission, you’ll have to find two debtors (Gwyn Hughes and Winton Holmes), and obviously recover Leopold’s money from them. So, the first thing you have to do is to talk to Leopold at Clemens Point.

As Leopold informs you, Gwyn Hughes is found in Rhodes. We’ll talk to him first and see how we can recover the money he owes to Herr Strauss.

Open your map and head to the $ sign in Rhodes. As you get close, look for Gwyn Hughes behind the small office pictured below. You should see him working on a coffin. 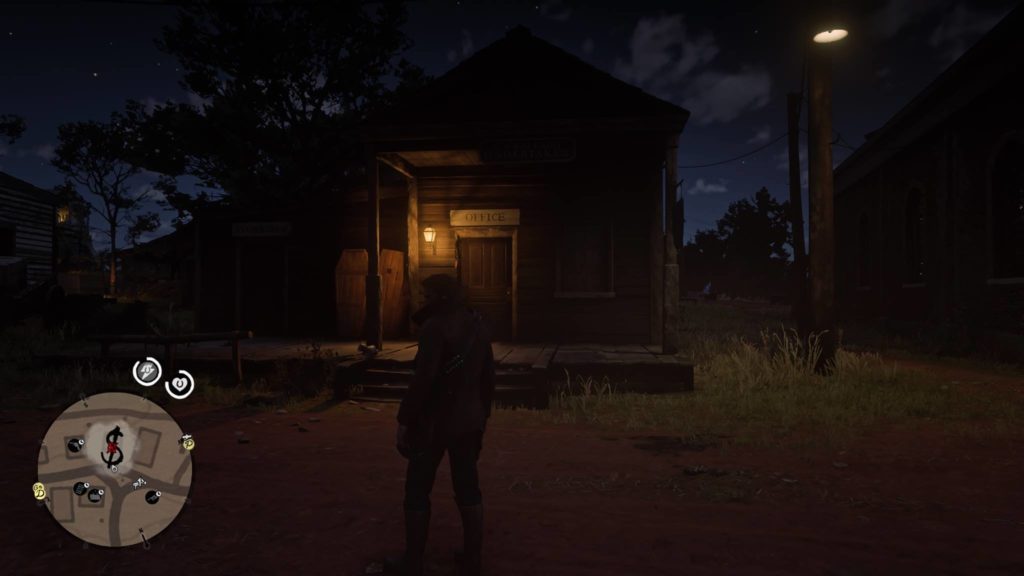 Look for Gwyn Hughes behind this office in Rhodes

Approach the stranger and confront him. Surprisingly he agrees to pay back his debt but he obviously needs your help.

Start by following Gwyn Hughes to the churchyard across the street. Stay close to him, and listen to what he has to say. Looks like you will help Gwyn Hughes rob a grave!

Unfortunately, first, you have to clear out some townfolks near the church. Simply approach the couple in the picture below, and the widow near the grave. 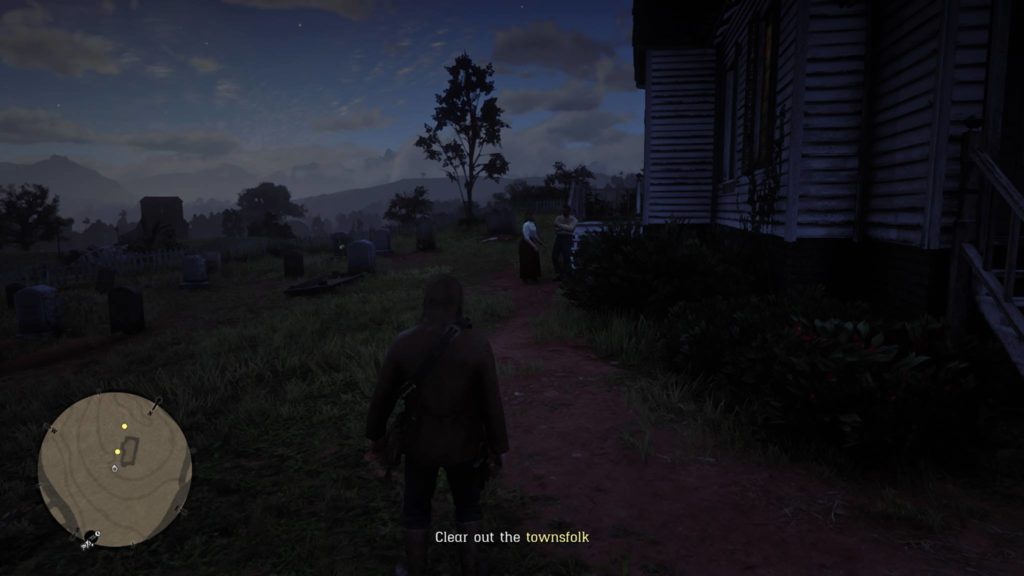 Tell Gwyn that the churchyard is clear, then head to the gate and keep an eye on the people that wish to enter.

Your goal is to send everyone away. You can do that by antagonizing the woman and beating up the two drunks. Remember that you are not allowed to use any weapons.

Once Gwyn digs the hole, go to him and take the Diamond Brooch as payment for his debt. 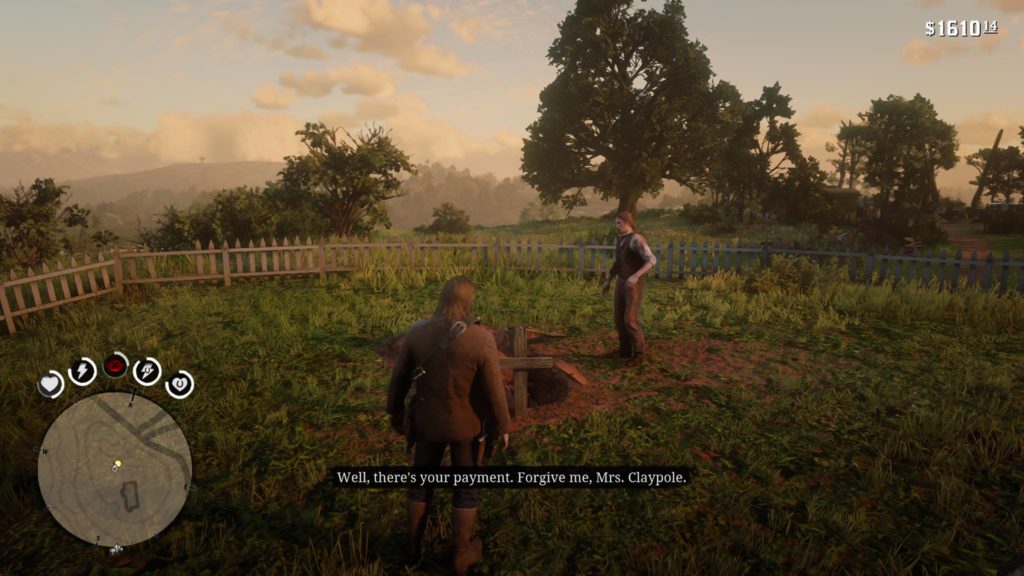 Wait for Gwyn Hughes to rob the grave, then take the brooch from him

Winton Holmes is the second debtor you have to find in order to finish  Money Lending and Other Sins IV. Look for him just north of Strawberry, and head to his location.

You’ll be able to find him in a small camp, up on the mountain (pictured below). 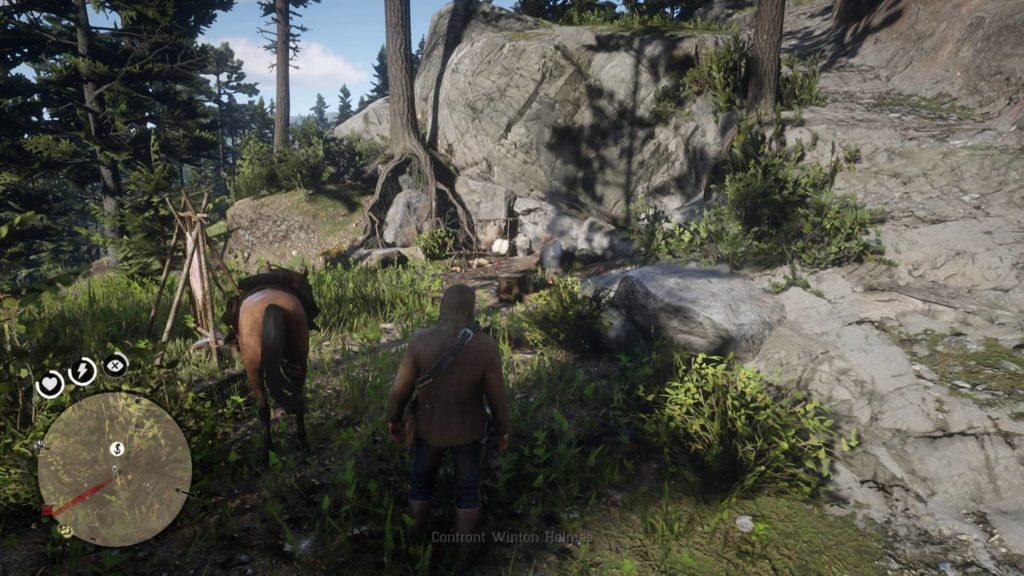 Find Winton Holmes at his camp, just north of Strawberry

When you confront Winton you’ll find out that there is no way he can pay his debt, because he has no money. The good news, though is that he knows where to find a rare cougar you can hunt and skin. Its pelt is quite valuable.

Mount your horse and follow Winton to a nearby cave, where the white cougar is located. Before going inside, take the lantern with you and preferably a powerful weapon.

Now, simply follow Winton and when you reach the fork in the cave, follow the path to the right. Soon enough you should hear Winton screaming. Immediately turn left and go to him, although it will be quite late. The poor bastard is dead.

Stay close to his corpse because his lantern is a valuable source of light. Also, keep an eye on the minimap to spot the white cougar when it’s close. This animal is very hard to spot because it’s fast. The moment you see it activate the Dead Eye skill and aim for the cougar’s head. No need to worry about the pelt because you can’t damage it. 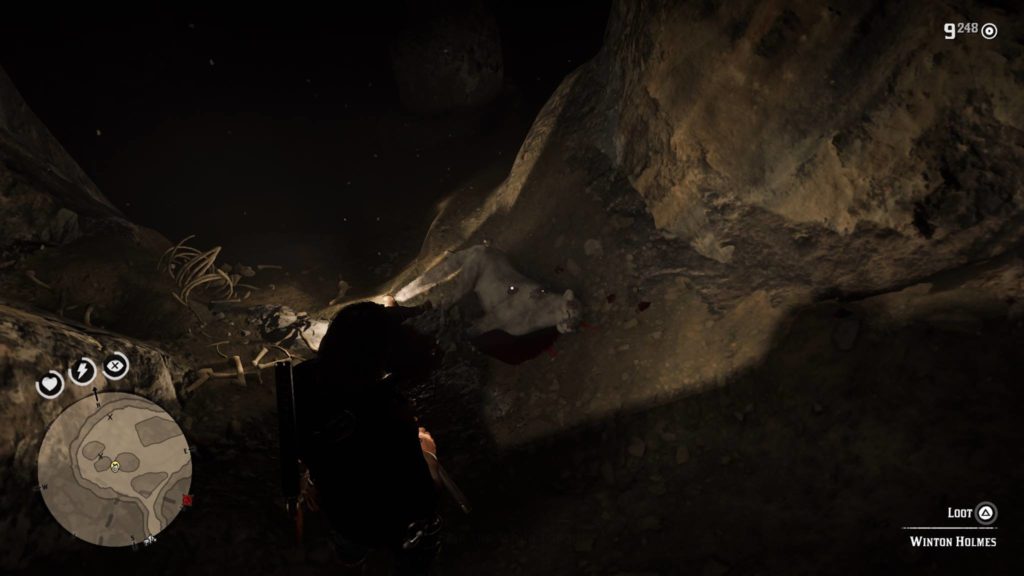 Once you deal with the animal simply skin it, and sell the pelt to the butcher in Strawberry. You’ll receive $38 for it.

The moment you sell the pelt, Money Lending and Other Sins IV ends, and you don’t have to return to Leopold Strauss.

Did you encounter any difficulties while playing this mission in the video game? Let us know in the comments section or drop us a message on Facebook, Instagram, and Twitter.