Breakout is a Far Cry: New Dawn story mission you can play after you reach Prosperity at the end of Gear Up.

In Far Cry: New Dawn, Breakout focuses on saving Thomas Rush who was captured by the Highwaymen during the events depicted in Crawling from the Wreckage.

Along with the Captain, Thomas Rush is the only survivor who made it to Hope County. As your leader, your task is to find and release him as soon as possible.

Finding Thomas Rush is also a requirement to upgrade Prosperity to Level 2; thus you should attempt this mission as soon as you can.

Before starting this mission, it is a good idea to unlock some of the Guns for Hire available in the videogame developed by Ubisoft Montreal.

For our video game walkthrough below, we have picked Horatio as we prefer a more direct approach. Obviously, you can pick other companions depending on your playstyle and their level.

When you’re ready to begin, open your map and head to Blacklung Mine, one of the 101 Looting Locations in the game.

You can see the mission’s starting point on the map below. Look for it south-east of Skylar’s Riddle, north-east of Meatfot and south of Frobisher’s Memory.

As you approach this location you’ll receive your first objective.

Find a Way to Enter the Building

Because Breakout is a Rank 1 mission in the video game, most enemies you’ll encounter here are Rank 1, so they should not be a threat.

If you picked Horatio, you can approach Blacklung Mine in an aggressive way, as the Wild Boar will charge the Highwaymen while you can focus on taking them out one by one.

A stealthier approach is also encouraged due to the fact that you have plenty of space to move and hide.

If by any chance you encounter enemies of higher rank, headshots are recommended.

Finally, when you approach this location, prioritize your targets and focus on those on the roofs first as they have the high-ground advantage. 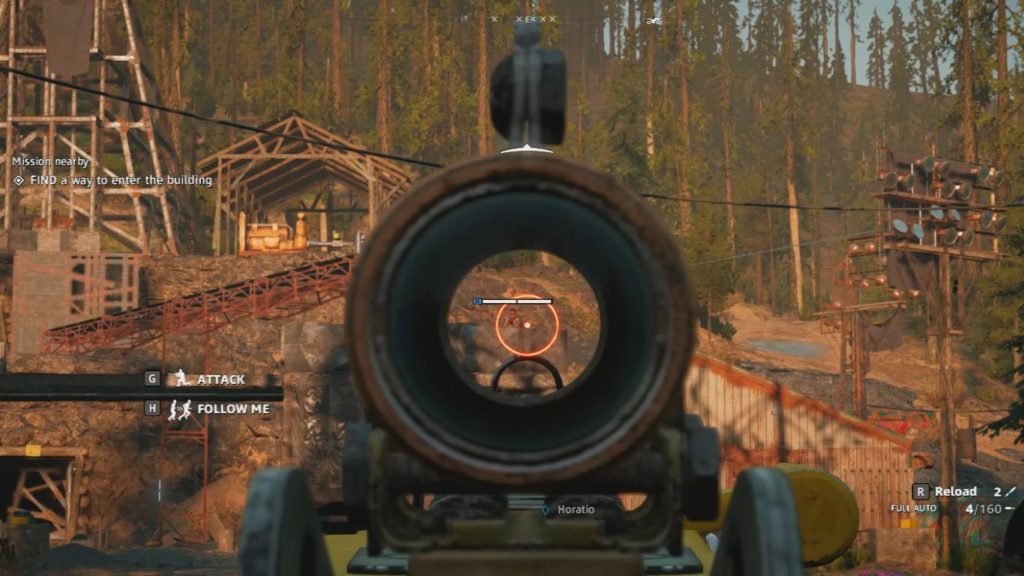 Take out the enemies on the roofs first

Although there are no alarms here, reinforcements may arrive from the road.

After you clear the area, it time to find Thomas Rush.

First of all, you have to identify the building which can be accessed to reach Rush’s location. Look for a purple watchtower and across the road from it is a smaller building.

Go around it to find a locked door like the one in the picture below. 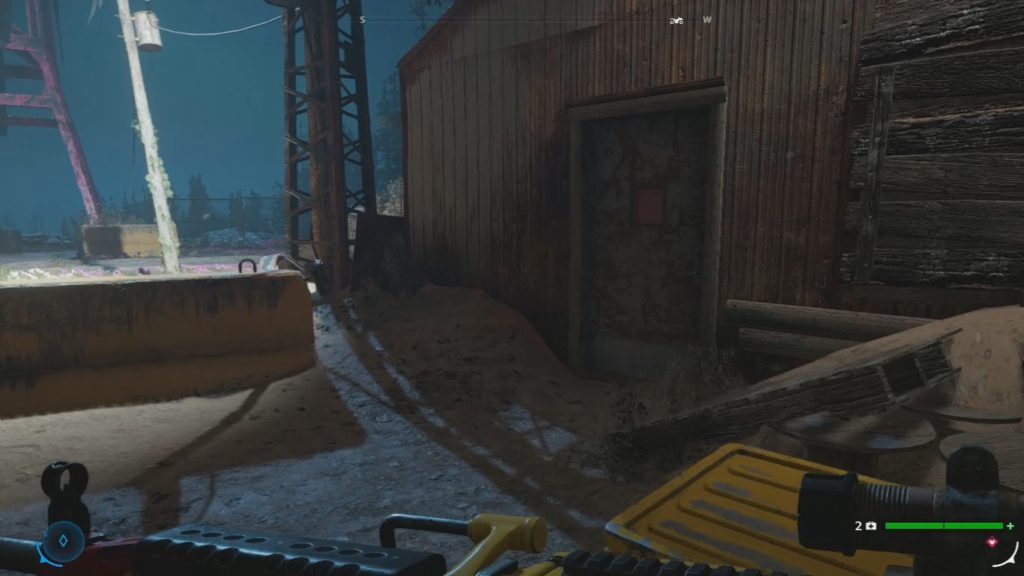 Now, continue to go around the same building and right around the corner you’ll find a workbench with a key on it (also pictured). 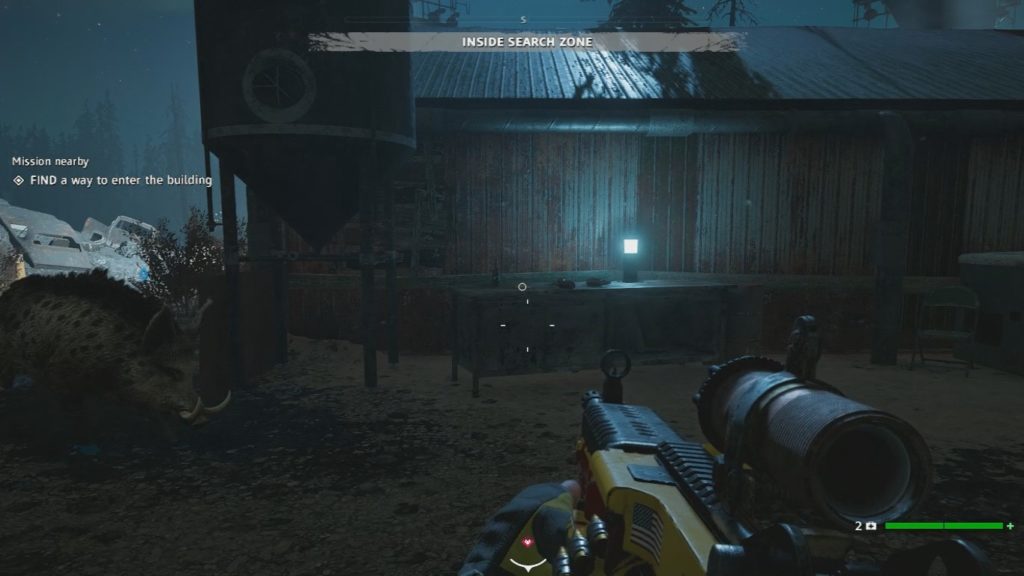 Pick up the Coal Mine Key on the workbench, and head inside the building.

Now look for a trapdoor and follow the ladder down to get inside a tunnel.

Once inside, things get quite clear, and you simply have to follow the tunnel to get to Rush.

Be advised though that there are several guards inside, but you can easily take them out since most of them have a low rank.

When you reach the upper platform you’ll also encounter a Rank 2 enemy. Aim for his head, to deal extra damage, then follow the stairs down. 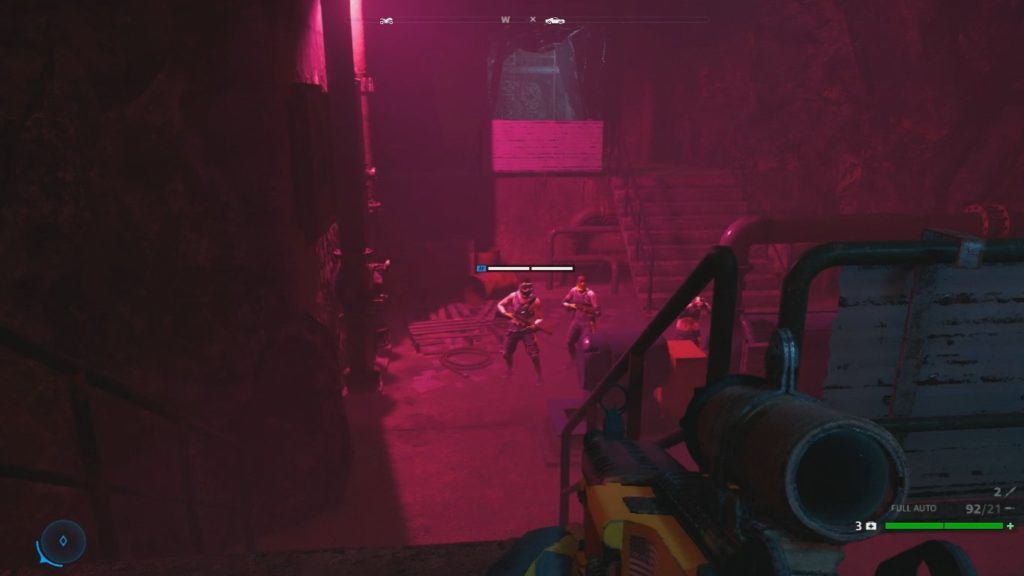 Clear the next area

At the end of the tunnel, climb the blue ladder and you’ll find Thomas Rush.

After the cutscene, you are asked to enter the turret seat.

Get close to Rush’s tricycle and press the corresponding button to mount the gun.

The follwing sequence of the mission is quite accessible because the gun you’ll be using is overpowered. Basically, all Highwaymen coming after you and Thomas Rush don’t stand a single chance.

Make sure you always focus on the backside of the vehicle and shoot all enemies coming after you. 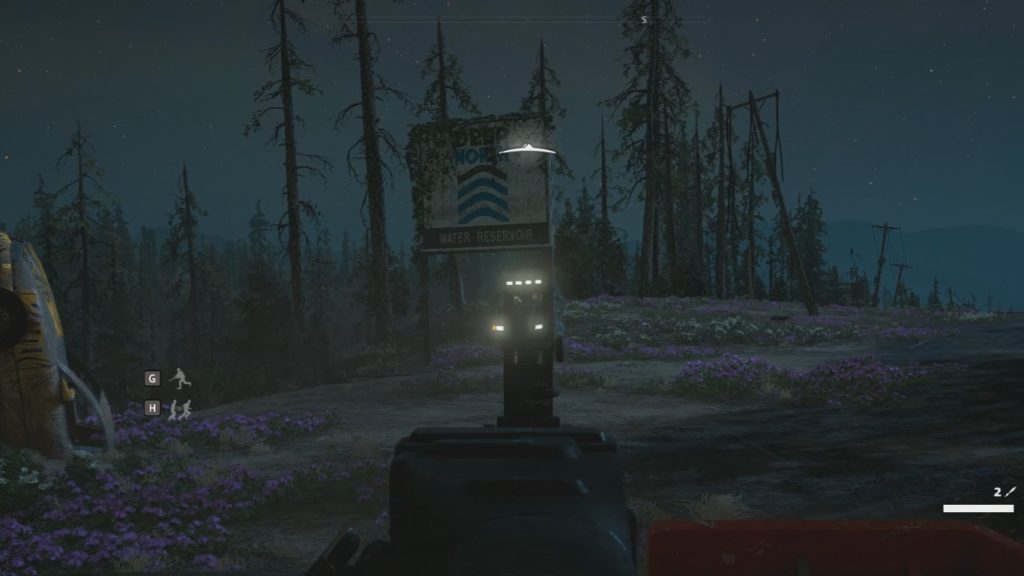 Thomas is the driver so don’t worry about the road.

Escort Rush Back to Prosperity

Once the escape ends, all you have to do is to enter the tricycle’s front side and drive all the way back to Prosperity.

By completing the Breakout Story Mission in Far Cry: New Dawn, you will unlock the Makeshift Sidecar.

Did you manage to complete Breakout? Drop all your questions in the comments section below or check our Far Cry Wiki Hub for more guides and video game walkthroughs.