Far Cry: New Dawn Gear Up is the third story mission in the video game developed by Ubisoft Montreal for Xbox One, PlayStation 4 and PC.

Gear Up is a very short mission which introduces more characters and Prosperity, the most important location in Far Cry: New Dawn.

Gear Up begins the moment you find the secret entrance behind the tunnel in the previous mission, named Find Hope.

When Carmina Rye opens the door to the secret passage, you’ll finally get the chance to see Hope County.

During the next scene, you’ll also meet Kim Rye, Carmina’s mother who is happy to see that both of you managed to return alive.

Unfortunately, the news that Thomas Rush was captured while the rest died, means that Kim’s plan to rebuild Prosperity is no longer viable.

Hope is not lost though, but it means that you Captain are now the key character.

So, you’ll have to work hard and fight even harder in order to secure Hope County.

The first objective in this mission is to customize your outfit. You can trigger it by talking to Carmina Rye who can be seen in front of a large bookcase. 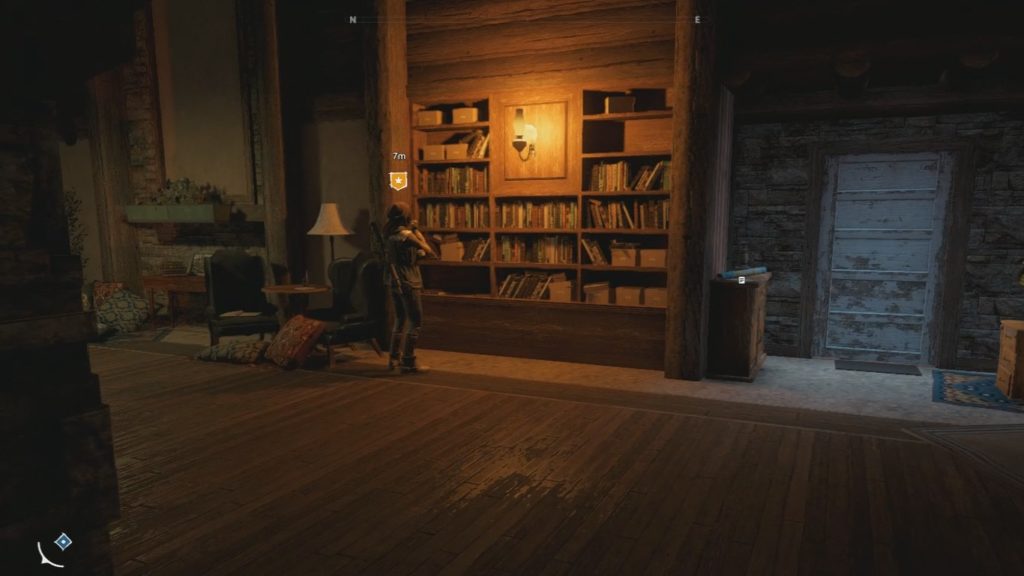 Once you talk to Carmina she’ll tell you that whenever you need help she’ll be right by your side.

Carmina is the first Guns for Hire character you’ll unlock in the video game.

Now, turn around and look for a bag next to the large wooden table in front of the fireplace.

This bag allows you to change your character’s outfit and customize the Captain as you wish. Keep in mind that these changes are aesthetical and do not have a direct effect on your character’s stats. 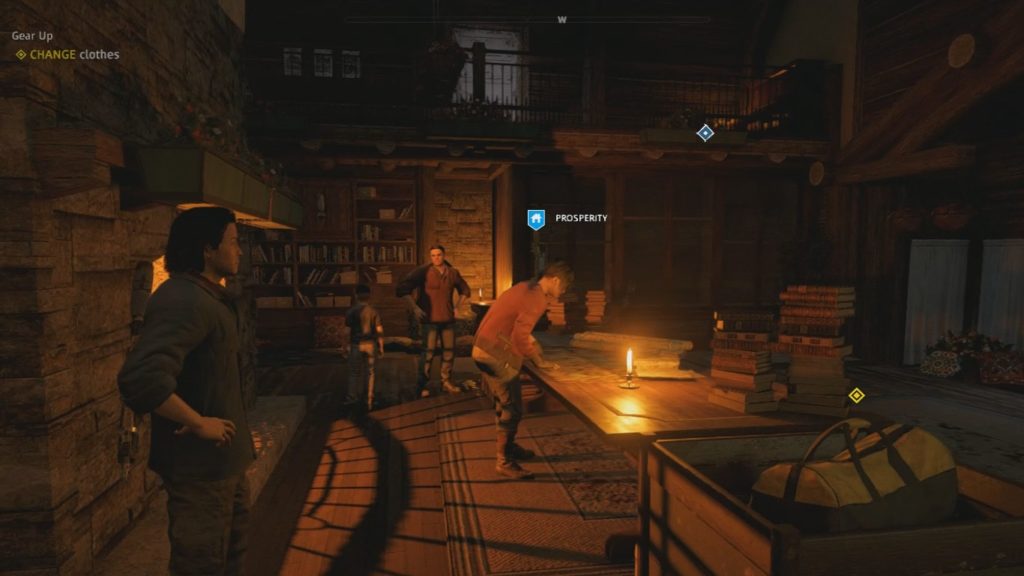 Now that you have changed your clothes, talk to Carmina’s mother, Kim.

As you approach Kim, Gear Up ends and you’ll start the Breakout story mission. Before playing it though, we suggest listening to Kim’s advice and start helping people in Hope County.

Since the Gear Up mission unlocks the free-roam in Far Cry: New Dawn, at this point you can do whatever you like.

Activities such as Treasure Hunts will help you level up faster, while Hunting and Fishing allow you to gather more Crafting Materials.

These are only some of the activities you can access starting now, and our Far Cry: New Dawn Wiki covers all of them.

Whenever you feel lost, head back here and check our guides.

As always, if you have questions, drop them in the comments section or find us on Facebook, Twitter, and Instagram where we’ll be more than happy to help.