So, you want to learn how to hunt in Red Dead Redemption 2, right cowboy? Well, this is where it all begins and the weather is just fine to go hunting.

Now that you managed to capture Kieran, why not you take a small break from your daily duties as a member of Dutch’s gang? Let’s talk to Mr. Pearson. He is in charge of the supplies, and meat is indeed scarce these days.

Looks like Charles will come with you, Arthur! And you got a new bow!

“With the gang low on supplies and starving, Mr. Pearson sends Arthur and Charles out hunting.”

Come now, follow Charles across the river nearby and you will reach the hunting ground.

As you approach the hunting area, grab your bow from the horse and crouch.

Gold Medal Goal Tip: To secure the second Gold Goal objective remain crouched all the time. It is very hard to spook the deer while being crouched. 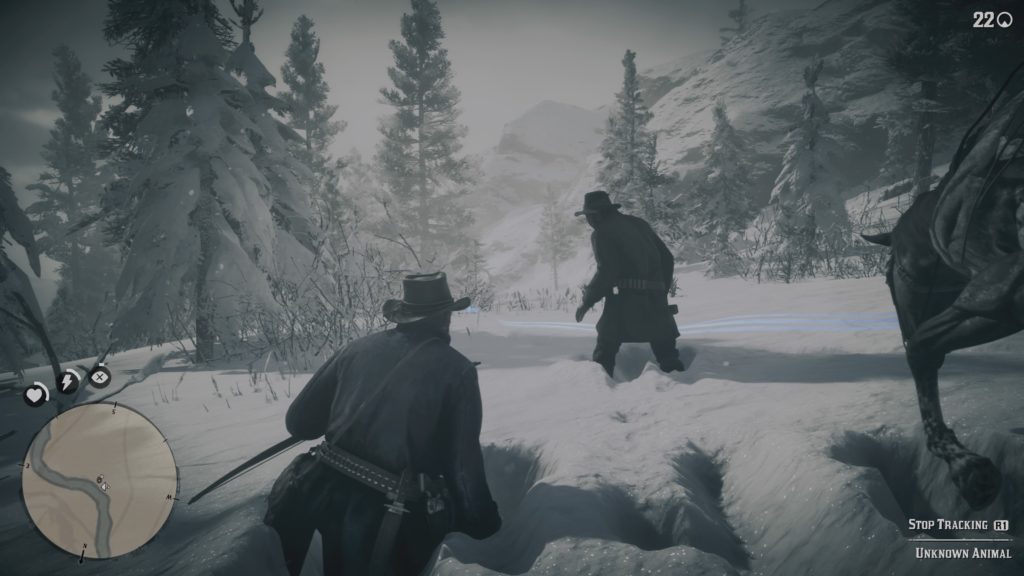 Stay crouched all the time during this mission

Now, press L3/L and R3/R to start tracking the deer. Follow the scent line which is highlighted on the ground and move slowly down the river. Notice the track in the snow.Ohhh! Here is the first deer near the water.

Get to a comfortable position and while remaining crouched ready your arrow. Press L2/LT to aim, and pull R2/RT to ready the string.

Release R2/RT before the stamina depletes and aim for the head for a clean kill. A good idea is to release the arrow the moment you see the deer’s head moving up, as it will be in a stable position. Don’t delay your shot because you might run out of stamina.

Nice job, cowboy! On to the next one! The tracks show us that’s right across the river.

Follow the scent and it will lead you to your prey. Hey! Looks like there’s two of them.

No worries if you spook the third one while killing one of them. You only need two for this mission. Ready your bow and aim for the head. Release the arrow and you should secure the third Gold Medal Goal.

Time to retrieve the carcass now. Approach the deer and pick up the carcass. Now, call your horse by pressing up on the D-Pad. Do it several times if needed.

Load the carcass on your horse and then return to Charles. A long ride home awaits, but time passes faster while talking to Charles. 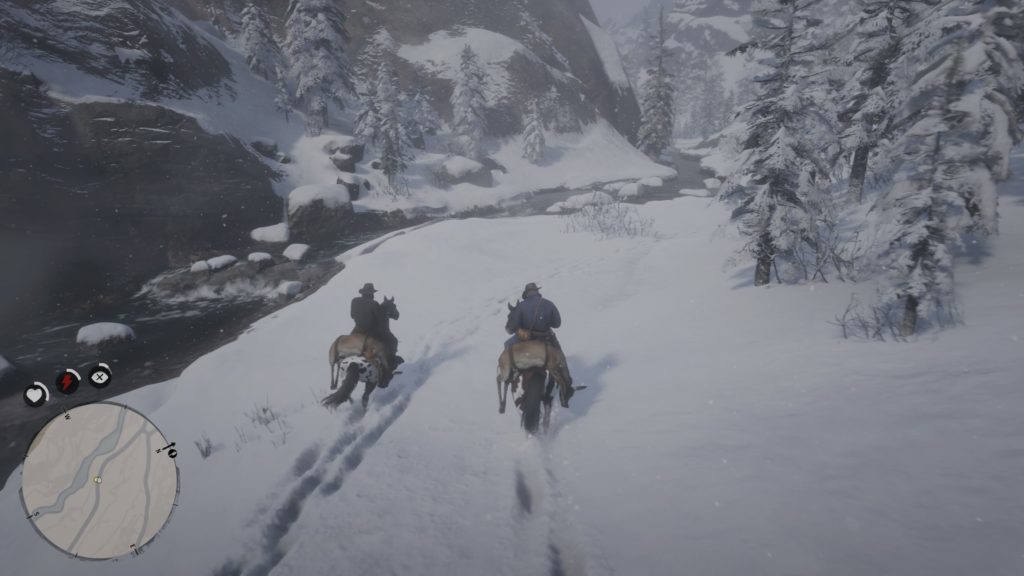 Head back to camp with Charles

Looks like you got lucky this time Arthur, and that Grizzly Bear did not see you.

Keep X/A pushed and follow Charles back to camp. Deliver the deer to Mr. Pearson who will also teach you how to skin it. After a sip of Navy Rum that is…

Great Morgan! Now you can hunt, skin, sell the pelts for some extra money and you can start working on the Master Hunter Challenge which was unlocked. But until then, first, you should see Who the Hell is Leviticus Cornwall?

How to Drift in Forza Horizon 4. The Complete Drifting Guide
September 9, 2019