Do you remember the Oil Wagon you stole earlier, Arthur? Well, it’s time to use it, cowboy! So, let’s rob the first train together.

Before starting the RDR2 Pouring Forth Oil IV story mission, make sure you are well equipped and you have enough tonics to keep your Dead Eye core filled for as much as possible.

It’s also a good idea to create a new save for your game, just in case you miss getting the Gold Medal on your first try.

“Blocking the tracks with the heavy oil wagon, Arthur, John, Charles and Sean board the train and rob valuables from the rick passengers and baggage car.”

Head to John’s icon (J) south-west of Emerald Ranch, where you left the wagon at the end of the previous part of the mission. Talk to Sean and then get some rest by the wagon. 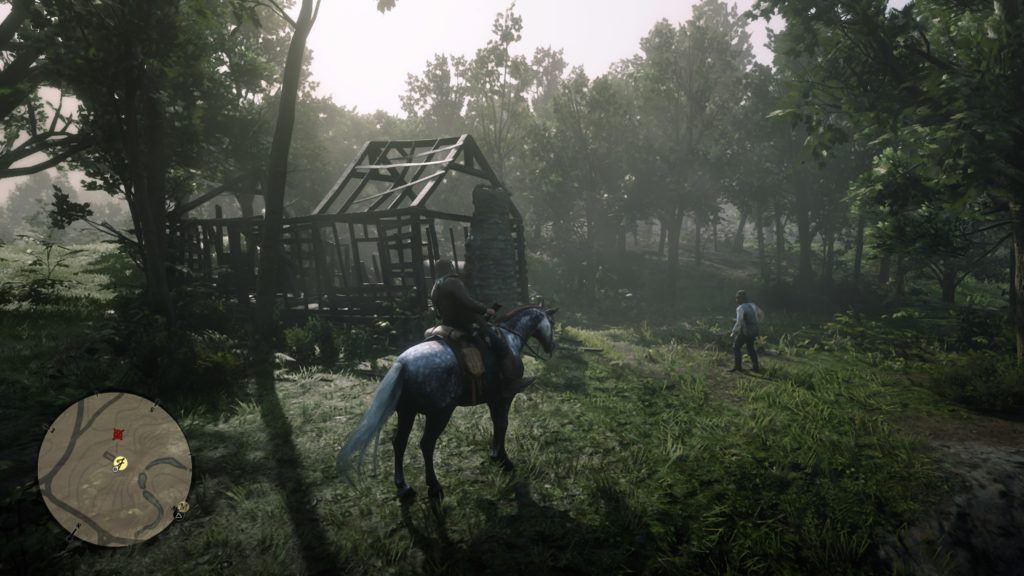 When John arrives, you will have to make it to the railroad crossing. Follow the yellow marker on your minimap, and when you reach the tracks place the wagon over them, as pictured below. 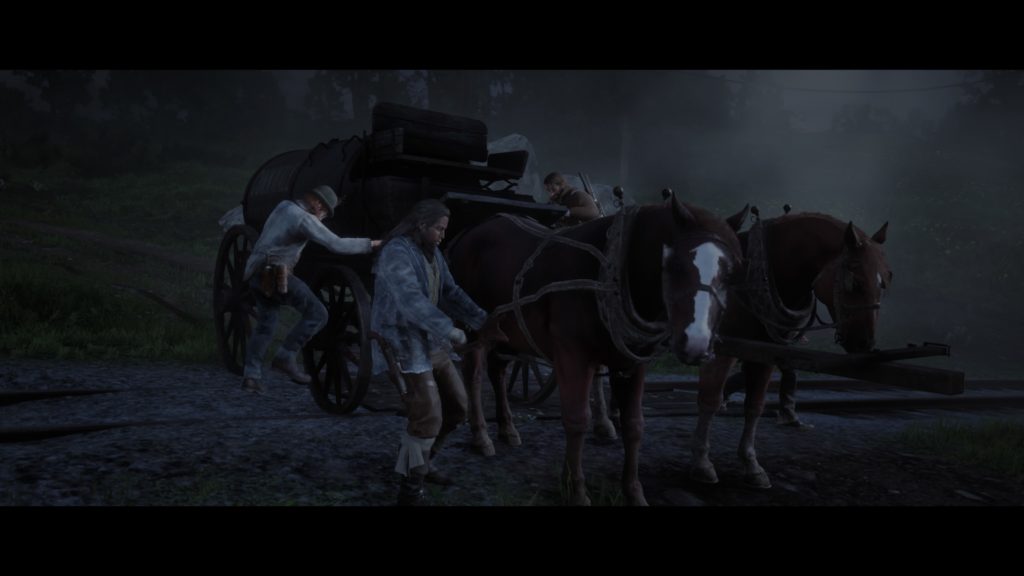 Place the Oil Wagon on the train tracks

The moment the train arrives, wait for it to stop and your partners will take care of the trainman. You simply enter the first carriage.

Now, it’s time to rob some people, cowboy. Stay close to John as he will do most of the work. Your job is to beat those passengers who don’t want to give John their valuables.

Press L2/LT when John tells you to convince them, then press O to beat them. 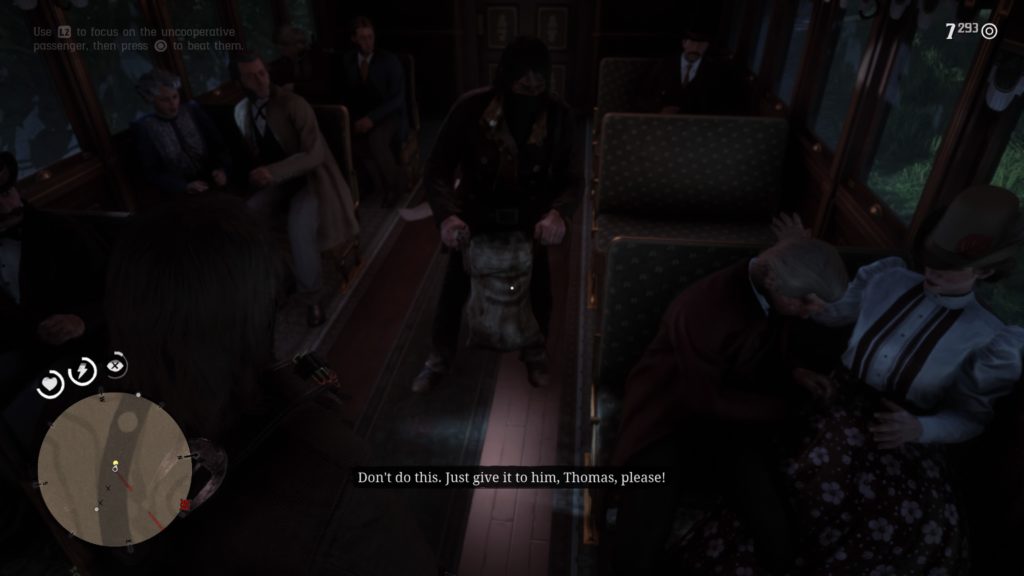 Show me your money!

Once you clear the second train car John will ask you to check on Sean. Head towards the end of the train, and keep an eye on Sean.

Gold Medal Goal Tip: For the first Gold Medal Requirement you have to kill all the train guards before Sean fires a shot. There are 4 targets in total. One of them will be very close to Sean, the second on the train cart and the last two will bust in once you deal with the one on the train car. Using Dead Eye is extremely useful because starting now you can paint (tag) enemies before firing. Do so by pressing R1/RB before firing while Dead Eye is active.

Gold Medal Goal Tip: For the second Gold Medal Requirement, strategically clear the baggage car. Simply loot the chest, and the cabinets, moving as fast as you can. 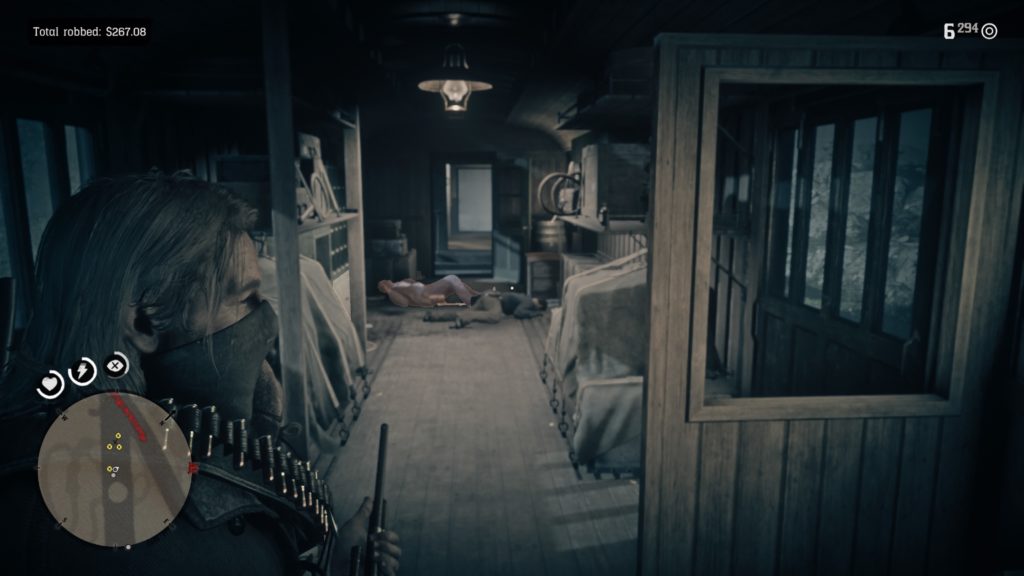 Take everything inside the chest and the three cabinets

Soon after you rob the baggage car the lawmen will appear. During this sequence, there are two waves of enemies. The first one will come from the front and the second one from behind.

Gold Medal Goal Tip: Try to kill as many lawmen as you can while in Dead Eye mode in order to complete the fourth requirement. Use Tonics to fill your Dead Eye core if needed. Stay in cover all the time in order to avoid taking damage. 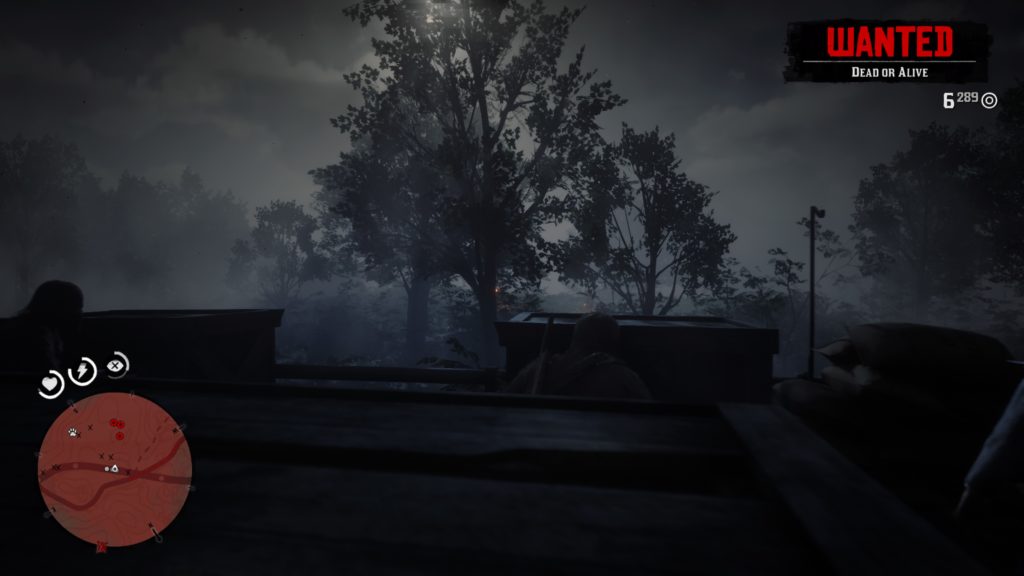 Stay in cover all the time, Arthur

After you clear the area, immediately get off the train and jump on your horse.

Gold Medal Goal Tip: To escape the law within 1 minute 30 seconds, ride north, ignoring all lawmen coming after you. If your horse is fast enough you should be able to escape the lawmen in less than 1 minute, assuming you follow our advice. 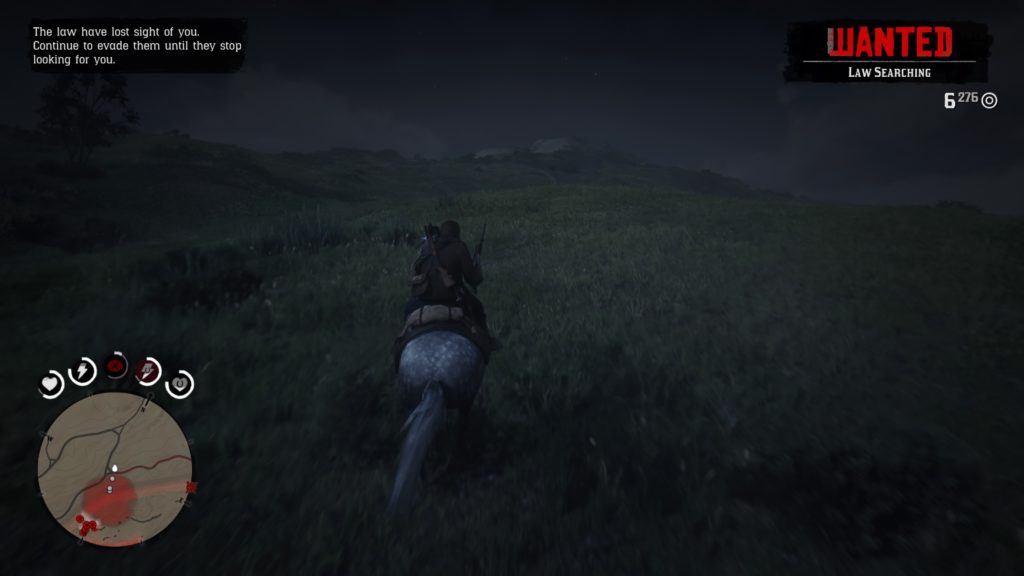 Once you escape the lawmen, you’ll end the current mission and you’ll receive your share of the money. Finishing Pouring Forth Oil – IV in Red Dead Redemption II allows you to unlock The Sheep and the Goats.

Keep in mind though that for the latter you also need to complete The Spines of America and A Fisher of Men. All of them are covered in our Red Dead Redemption 2 Total Completion Wiki.

If you have questions about this mission feel free to ask away in our comments section or on our social media pages (Facebook, Twitter, or Instagram).