Arthur, do you remember the O’Driscolls? How about Kieran, who you captured during Old Friends in Chapter 1? Red Dead Redemption 2 Paying a Social Call is a story mission triggered by talking to him.

When you move your camp to Horseshoe Overlook, Kieran will accompany you, and after you finish Americans at Rest, a new icon appears on your map indicating Kieran’s location.

Why not see what he wants? The hostage is tied up by a tree in Horseshoe Overlook. Talk to him to start Paying a Social Call.

“Under the threat of torture, Kieran leads Arthur, Joh, and Bill out to Six Point Cabin where he claims Colm O’Driscoll is holed up.”

Approach Kieran and antagonize him by pressing L2/LT and then O/ B. During the following conversation, Dutch appears and he has a plan on how to make Kieran talk. By cutting his cojones… 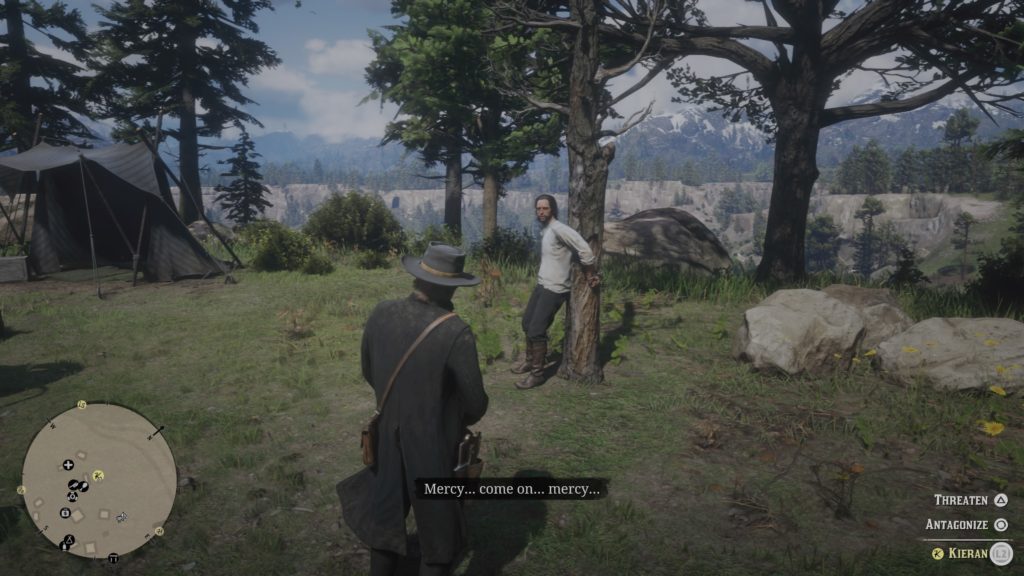 Well, he doesn’t do it, but the plan works and Kieran tells you about an O’Driscoll camp.

He even offers to take you there.

So, back on the road, we are following Kieran. Notice that the Throwing Knives have been unlocked. Stay close to John during the journey and you will end up north-east of Valentine, in Cumberland Forest.

When you arrive, make sure you grab all silent weapons from your horse. Specifically your bow and the throwing knives.

Head to the hill above to find the small O’Driscoll Camp which is actually a Gang Hideout. Now, things get serious as three O’Driscolls are nearby.

Gold Medal Goal Tip: First of all make sure you take the lead and deal with the enemy who’s taking a p**s by the tree. Make sure you pay attention to his conversation and don’t kill him while he’s talking because you will alert his partners. Let him finish talking then take him out using a throwing knife or even your bow. You can also knife him. The next two enemies must be killed simultaneously so instruct Bill (L2/LT) to knife one of them while you deal with the other.
You can also opt to throw two knives if you move fast enough. Try aiming for their heads. 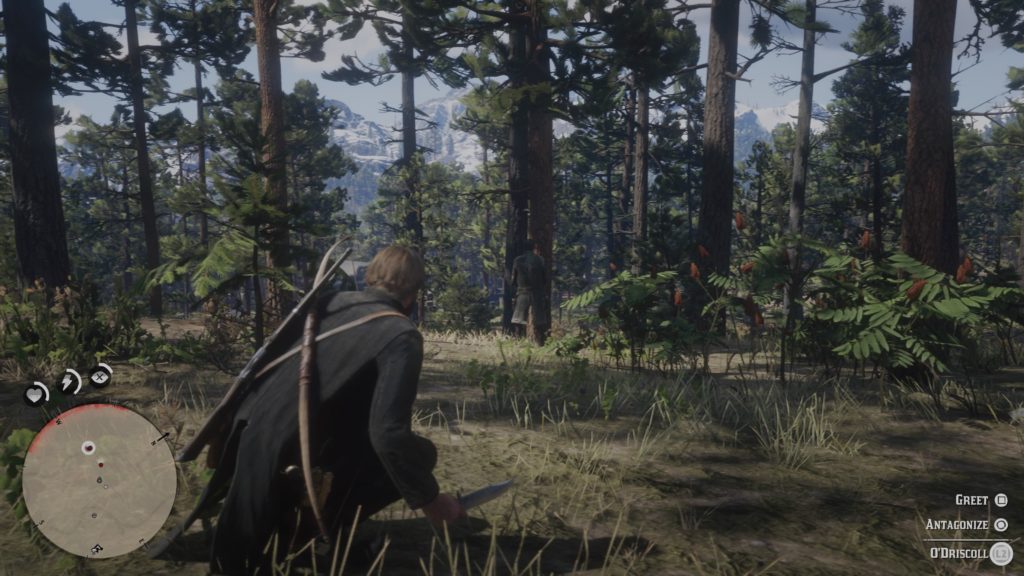 Knife the enemy by the tree and his friends

Once you deal with these 3 go around the camp taking enemies one by one.

Gold Medal Goal Tip: Use your bow and score headshots, but keep an eye on your minimap to see where your enemies are looking. Even if you alert the O’Driscolls you should already have 4 silent kills and several headshots. There are plenty of enemies in the camp to score the rest of the required headshots.

As long as you don’t use health potions this mission should not create any difficulties in getting the Gold Medal.

Now, that you cleared the camp, enter the cabin and pick up the Money Clips on the table. Don’t forget to check the shotgun above the chimney, and then inside the same chimney, you should find $600. Unfortunately, not all of them are yours. 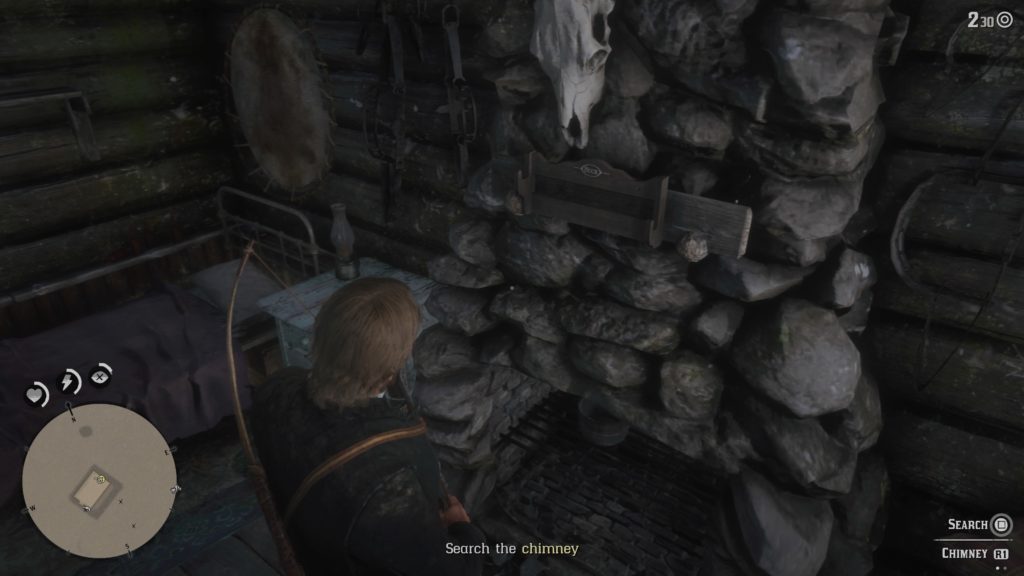 Next, finish inspecting the house because there are several more items including a Lock Box, then loot the enemies outside and ride away.

Completing Paying a Social Call is required to unlock We Loved Once and True. Have a tip to share? Drop it in the comments section below or send us a message on Facebook, Twitter, or Instagram.