Arthur, you really need to know how to fight in Red Dead Redemption 2, and Americans at Rest is the mission that will teach you the advanced techniques. You didn’t really think that fighting in RDR2 is all about mashing a button! Or did you?

Americans at Rest is the second mission of Chapter 2, and you can start it by talking to Javier Escuela in Valentine. You already know Javier from the previous missions, so just look for him at the saloon. The icon on the map shows two letters: JE.

“Bill starts a brawl in Smithfield’s Saloon in Valentine as Javier, Charle, and Arthur attempt to charm the locals.”

As you can see Javier is not alone at the bar. Get closer Arthur, the ladies won’t bite you… 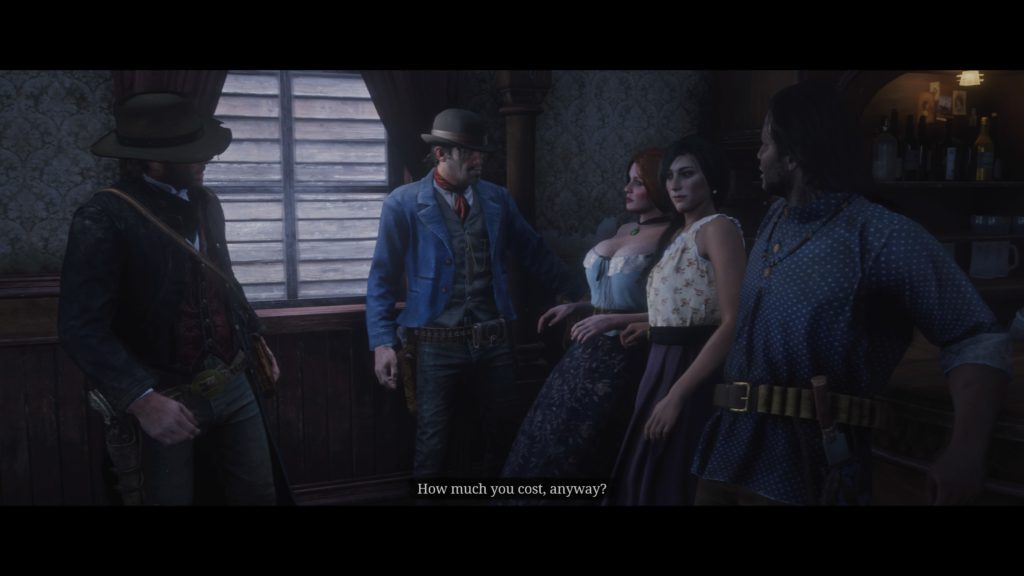 But the man who enters the bar, might. Yeah, you’re in a brawl, cowboy. First thing’s first!

Get rid of the drunk attacking you by mashing O/B. That’s all you have to do to beat that one. After he is down, you will be restrained by another cowboy. Keep mashing O/B to break free then head to Javier who is fighting Tommy by the window. 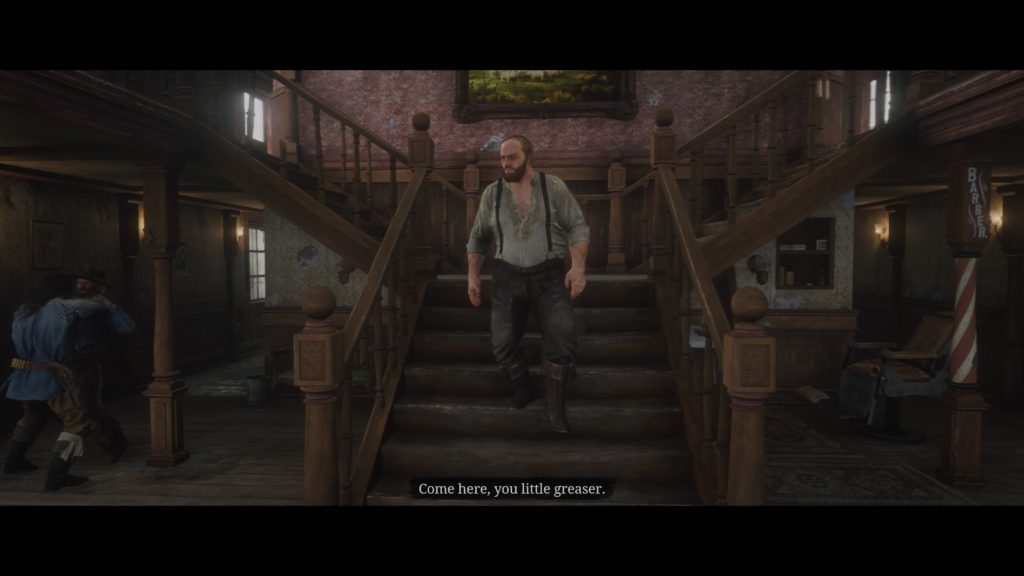 Gold Medal Goal Tip:  Hit Tommy who is attacking Javier and keep mashing O/B continuously while fighting mechanics are introduced. If you distract Tommy you will complete the first Gold Medal requirement. The trick here is to get to Javier within 15 seconds, not the defeat Tommy.

Now, the moment Tommy turns to you the clock start ticking and you have 1 minute and 30 seconds to defeat him.

Gold Medal Goal Tip: Learn how to block and when to block correctly. Let Tommy attack and block just when his attack is about to hit you. This way he will be exposed and you can counter. If you keep blocking before the hit, you will most likely be countered when you attack.

Keep in mind that if you focus on Tommy (L2/LT) and press ▢/X while tilting the left thumbstick, you can dodge. It’s very important to learn this trick in order to beat Tommy and get the second Gold Medal requirement.

Finally, starting with this mission, you can grapple your enemies. Well, not Tommy because he is quite large, but in general you can do that.

When you want to grapple an enemy in Red Dead Redemption 2, press △/Y. Then you can either release him (▢/X) punch him (O/B) or choke him (△/Y). 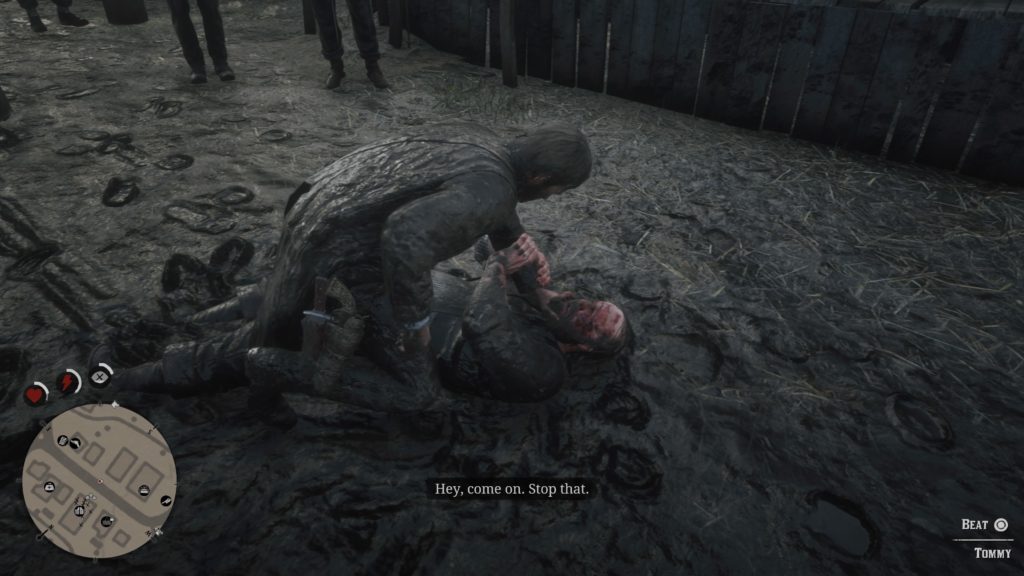 Tommy is a big fellow but if you learn how to block him, he is an accessible adversary

Managed to beat Tommy within the time frame? Let us know below, on Instagram, Facebook or Twitter. When you are ready, you can opt to start one of the missions listed on our RDR2 Wiki Guide, or you can start the next main mission, named: Who is Not Without Sin.

Once you complete Americans at Rest, the following story missions will also become available: The First Shall Be Last, Paying a Social Call, Money Lending and Other Sins – I & II.