Losing Streak is a Far Cry: New Dawn videogame story mission you can play the moment you reach Prosperity at the end of Gear Up.

In Far Cry: New Dawn, Losing Streak introduces a new character named Bean, who is one of the Specialists Prosperity needs.

In order to start this mission in the video game, you have to travel to one of the game’s locations, named Wiki-Bean-ia.

Look around to spot Bean (pictured above) on a wooden porch. Talk to him to trigger Losing Streak story mission.

This mission is quite short and it will take you to several notable locations in the video-game.

As Bean explains, he is the creator of WikiBeania a “one-stop shop for maps and intel”. Unfortunately, Bean’s project is in danger as all key assets are gone. Including his business plan.

The good news is that Bean knows that his former employee Richard stole them.

Richard is a bad gambler and your goal is to find where he is gambling with the Highwaymen. If you manage to spook him, he’ll most likely run away and lead you to where he keeps his stash.

Open your map and north from your current location you should see a place known as Gambler’s Run, which is a Looting Location.

If you didn’t visit it yet, simply head north and on the road, you should see a longhouse similar to the one pictured below. 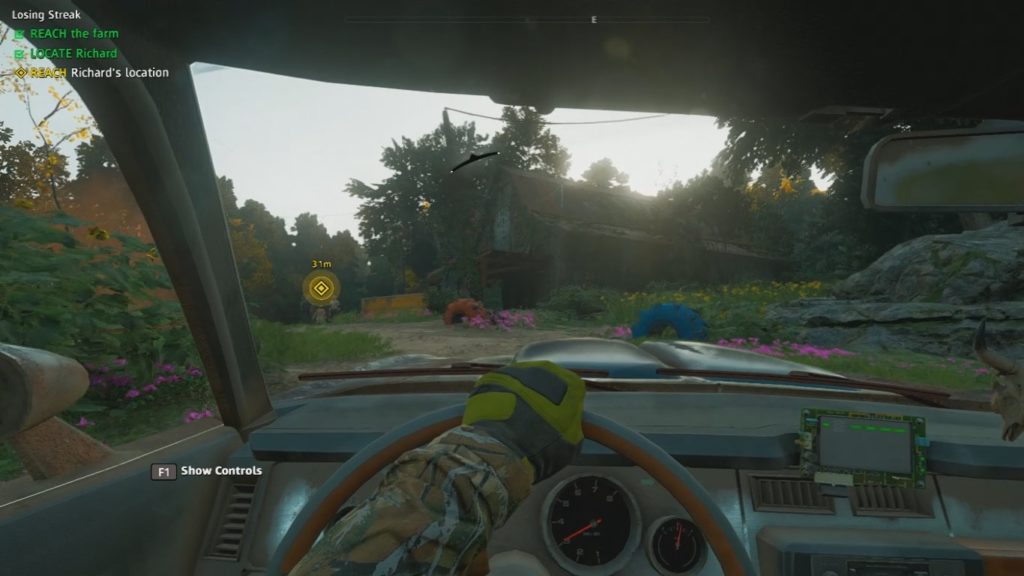 Be advised that the Highwaymen have a strong position here and there is also a sniper waiting for you, in the middle of the road.

If you already completed the Days of Blunder side-mission and you managed to hire Hurk Drubman Jr., you can use The Gifthorse to simply bust in and kill all the Highwaymen with the weapons mounted on the car.

If not, take your enemies out one by one since they have a low rank (I), but priorities the sniper in the center of the camp.

Now that the area is clear, Richard will try to run away. You can easily identify him because he is the only dude naked.

Once your objective changes, Richard will start running away through the forest.

So make haste and start following the yellow indicator on your screen, but be careful because you might be attacked by some Wild Dogs.

Keep following the marker, and you’ll eventually reach the river just south of Dick’s Hole. Here Richard will stop and you can catch up with him. 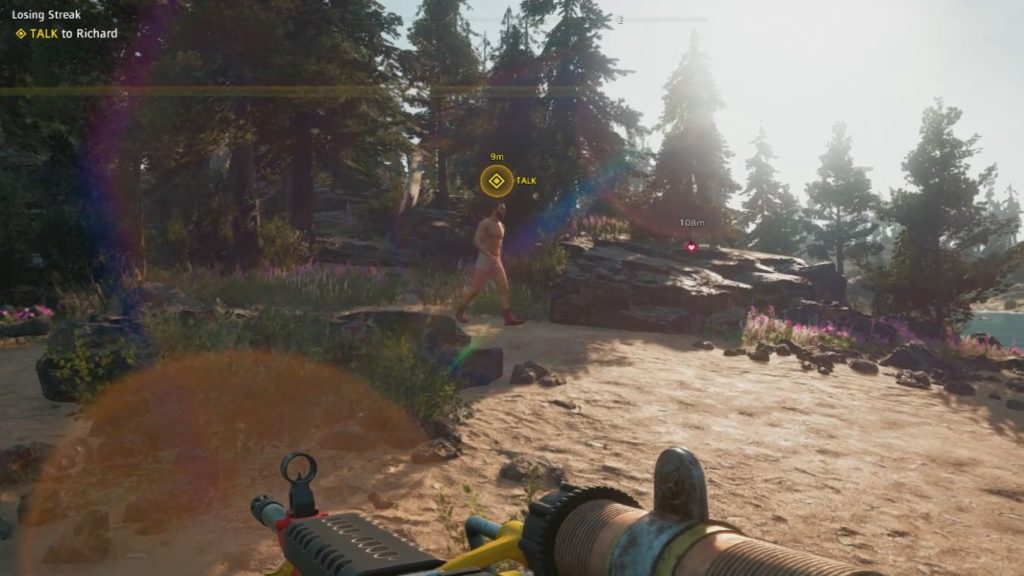 Find Richard on the river’s shore

Approach Richard and he’ll tell you that he lost all of Bean’s assets in a game of cards. Luckily, he didn’t lose the business plan which is now hidden in a bunker.

The said bunker is several steps north at Dick’s Hole, so follow the marker but stay alert because more Highwaymen are waiting for you.

When you get to Dick’s Hole take out all enemies but focus on the shielded one first, followed by the one with a flamethrower. 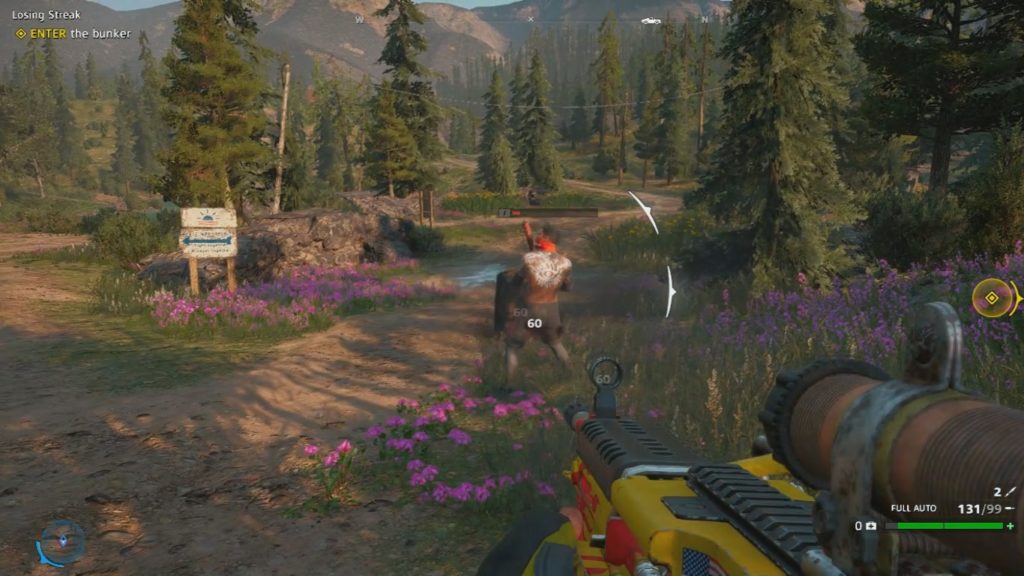 After you deal with all the Highwaymen, it’s time to find Richard’s Bunker. The entrance is a small hole in the ground, on the right side of the wooden cabin.

You can see it in the following screenshot. 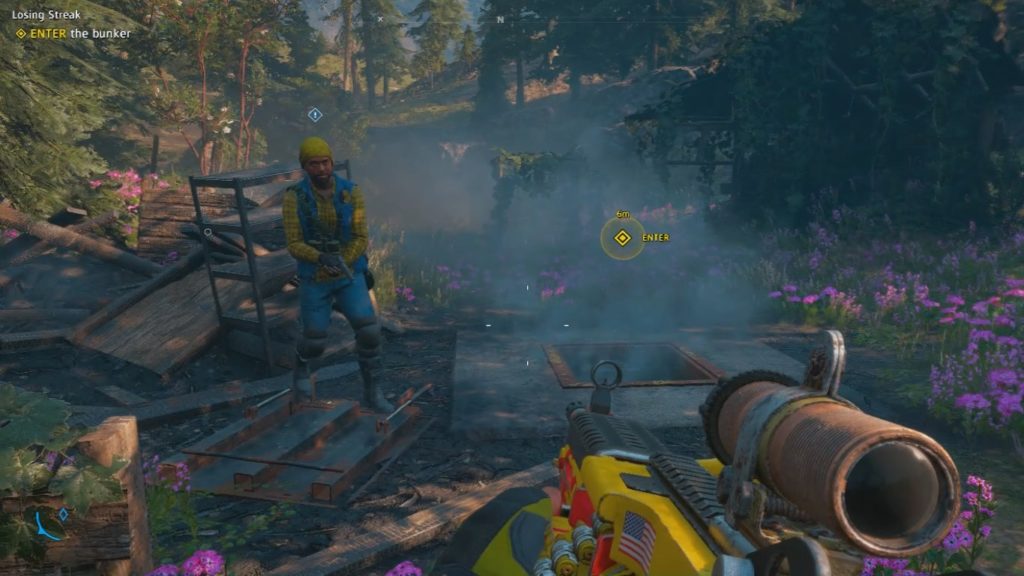 Use the ladder to get inside the burning bunker, then turn right and in the next room you should see a safe.

Bean’s Business Plan is inside the safe. 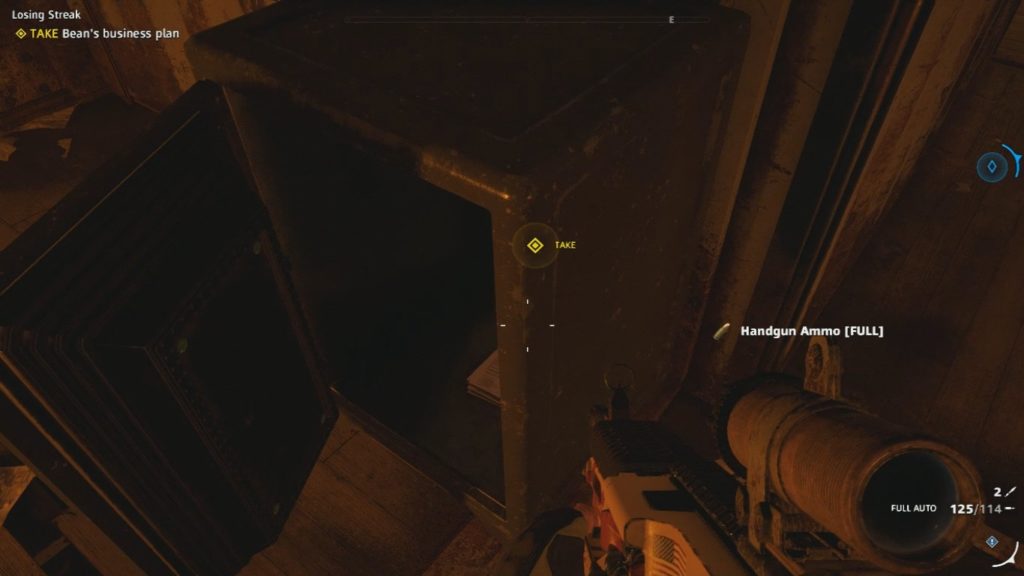 If you visited the location before this mission, you already know that inside this safe were several Titanium Bars. If you opened it before, simply take the plan.

On the other hand, if this is your first visit here, you may need to open the safe. You can do that with the Repair Torch or just by blowing it up with some dynamite.

Regardless, once you take Bean’s Business Plan, he’ll call you to let you know that he relocated.

Open your map and you’ll see that Bean is now south of your current location. This area is known as Bradbury Woods.

Head there to see Bean, waiting for you by the road.

When you give him the Business Plan, he’ll tell you that in exchange for your service he is moving his business to Prosperity.

Losing Streak ends the moment you talk to Bean and from now on you’ll find this character inside Prosperity’s Cartography Center.

Do you have difficulties finding Bean’s Business Plan? Drop all your Far Cry: New Dawn questions in the comments section below and don’t forget to check our Far Cry Wiki Hub for more guides.