Red Dead Redemption 2 High Stakes Treasure Hunt, can be triggered by reaching Chapter 3 in the video game developed by Rockstar Studios and published by Rockstar Games for PlayStation 4 and Xbox One.

The side-mission is triggered by finding a specific NPC which spawns only after you complete The New South story mission.

If you have followed our Red Dead Redemption II Wikis and finished the Jack Hall Gang Treasure Hunt, then you already know how these treasure hunts work.

When you’re ready to begin the  High Stakes Treasure Hunt in Red Dead Redemption II, check our map below as well as the walkthrough which will eventually help you become richer. 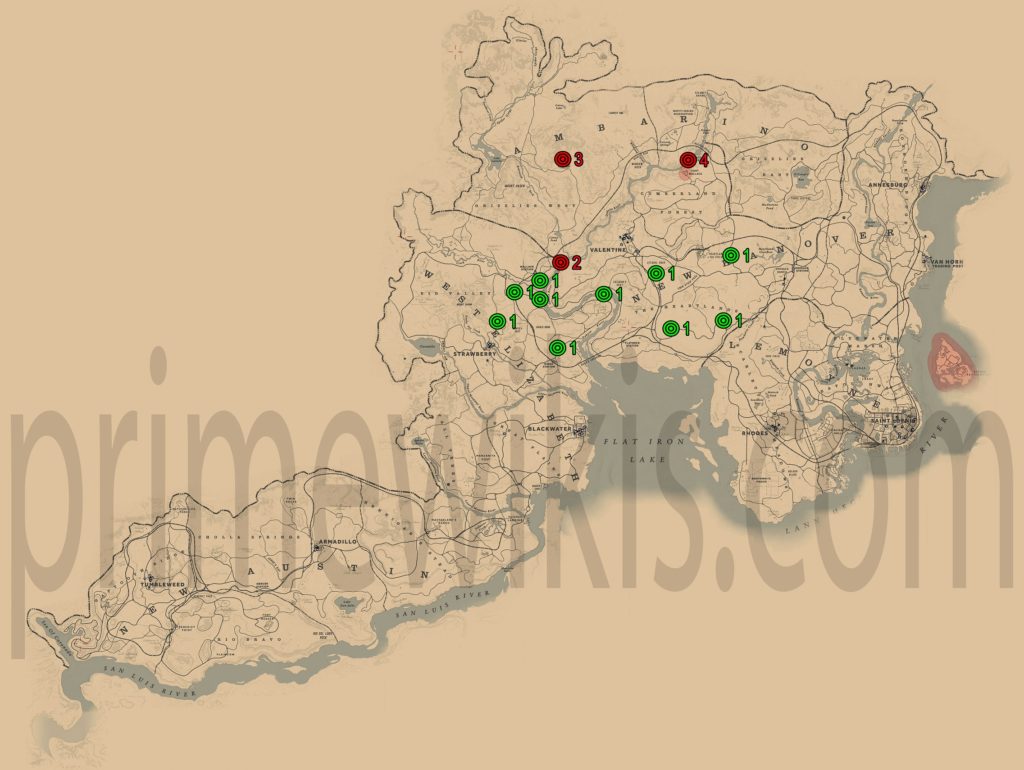 “Using the final Map and navigating a treacherous path along a cliff edge between Bacchus Station and Fort Wallace, you find 3 Gold Bars in a small crevice.”

The first thing you need to do in order to be able to start this treasure hunt is to find the NPC carrying the first piece of the treasure map, also known as High Stakes Treasure Map 1.

As we have mentioned, this NPC, which is, in fact, a beggar; doesn’t have a specific spawning point, meaning that you need to do some exploration.

On the map above you can see all of his spawning locations marked by 1. Make sure you take your time and visit these locations until you find him. To make the whole search easier, here is a picture with him. This stranger is using some binoculars to scout the areas around him. 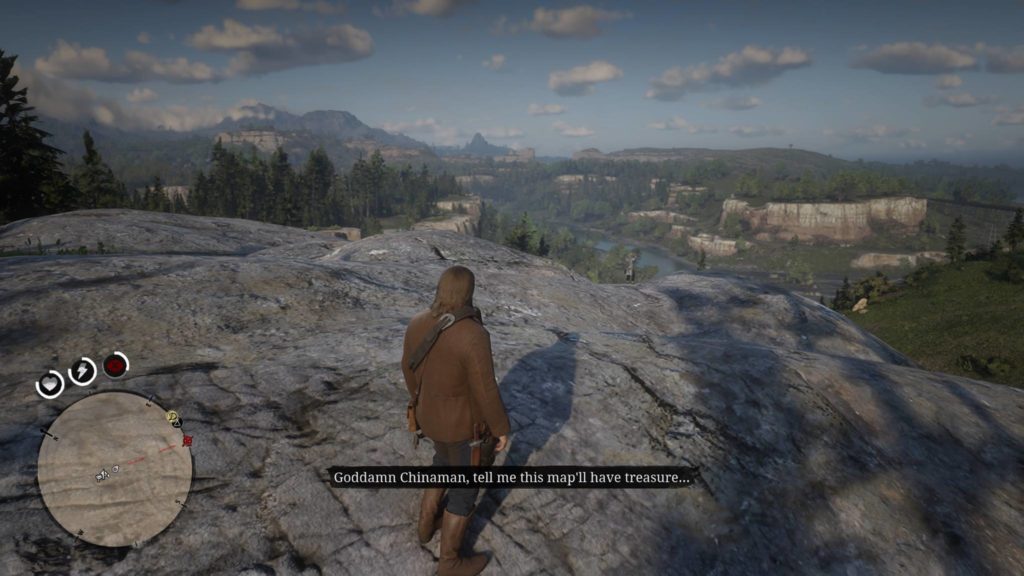 Loot this NPC to get the first treasure map

The moment you find the stranger, rush towards and knock him down. You can also opt to kill him from a distance if you want.

Now, after you punch this fellow, loot his corpse to get the first High Stakes Treasure Map.

It’s worth mentioning that if you don’t act fast enough the beggar will run away; however if you encounter him three times and fail to retrieve the first map, you’ll be able to buy it later from the Fence.

For now, we’ll assume that you managed to retrieve the map on your first try. Open the document by accessing your satchel, and let’s take a look at it. It should be identical with the one below. 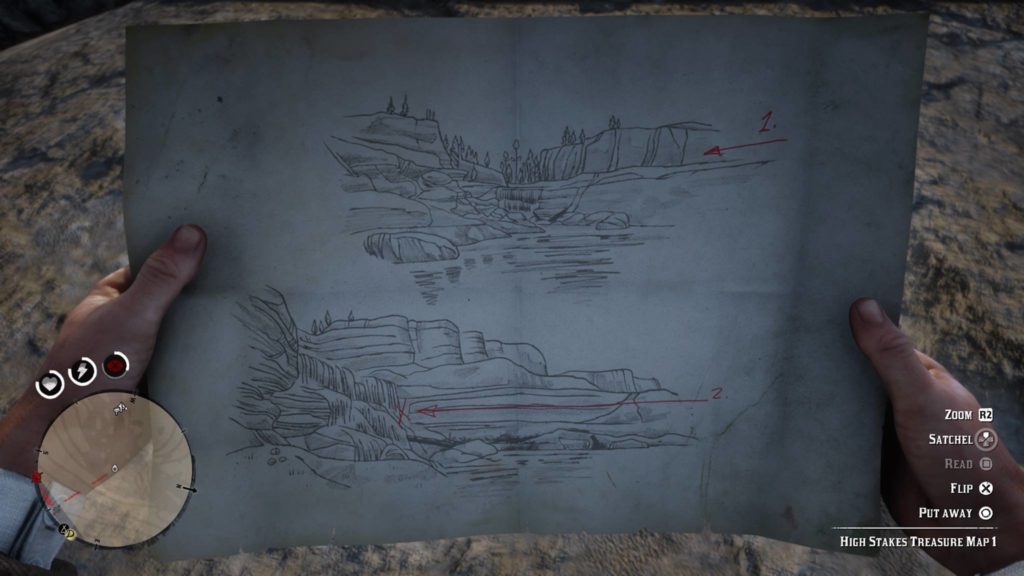 The location on this map is Cumberland Falls

The location depicted in the first RDR2 High Stakes Treasure Map is known as Cumberland Falls, just west of Wallace Station. On our map, it’s marked by 2.

So, let’s go cowboy. We have 3 Gold Bars waiting for us!

When you finally arrive at Cumberland Falls, make sure you check the right side of the river, while looking at the waterfall from below. In the following picture, you can see the location of the second treasure map. It’s just behind the waterfall. 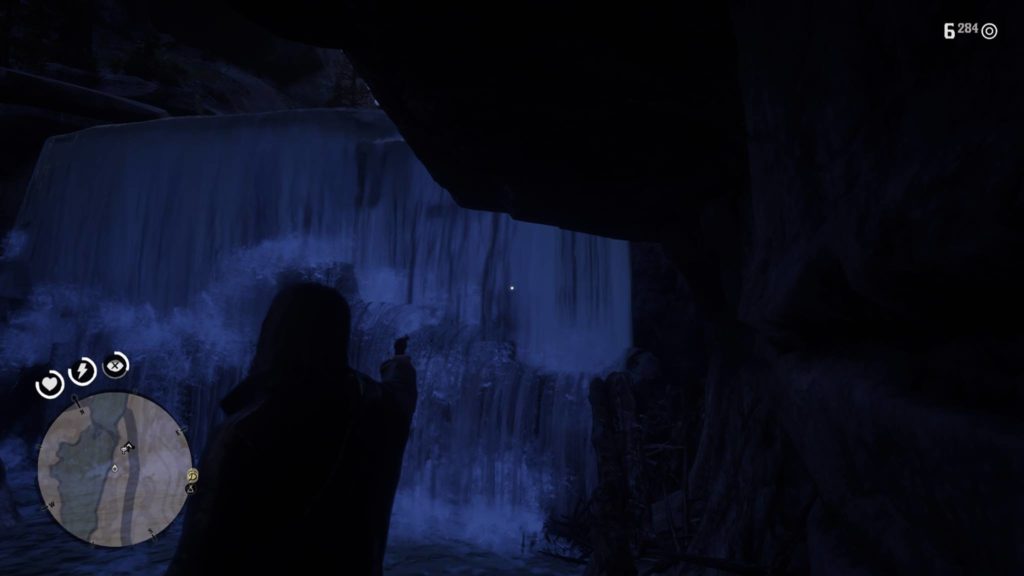 Look behind the waterfall, Arthur

To get there; however, you must follow the narrow path on the right side of the river, crossing several wooden logs.

The moment you get behind the waterfall look on the ground for a sparkling document (also pictured). 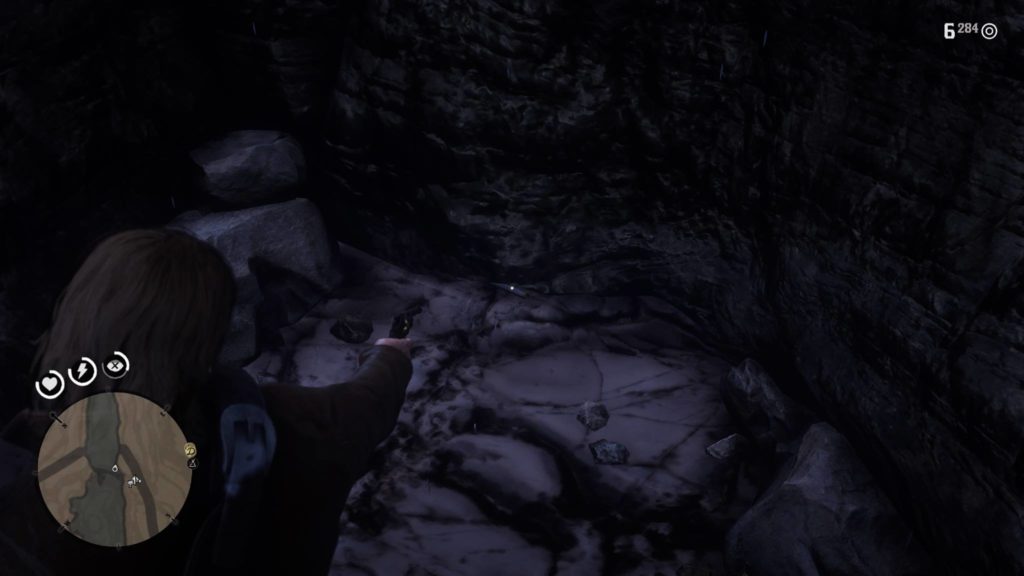 The document is on the ground

Awesome! You just found the High Stakes Treasure Map 2 in Red Dead Redemption 2. Let’s open it to see where it leads.

The location on the map looks very similar to Barrow Lagoon. Check our map above where we have marked it with 3. You can see it, northwest of Valentine. 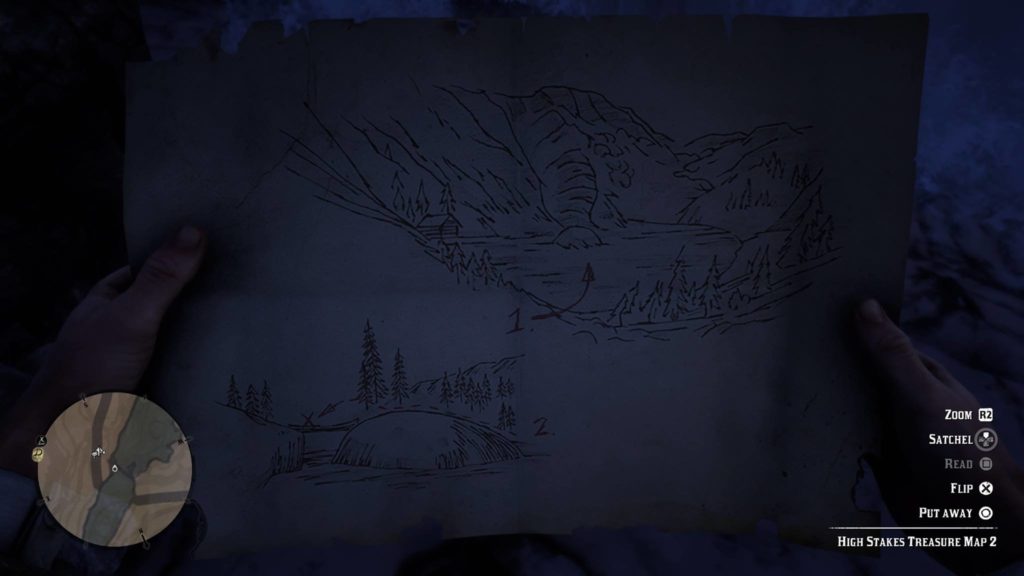 The location on this map is Barrow Lagoon

Did you get to Barrow Lagoon, Arthur? Great then!

While standing on the ice, look around until you see a suspended tree trunk. Just like this one, cowboy! 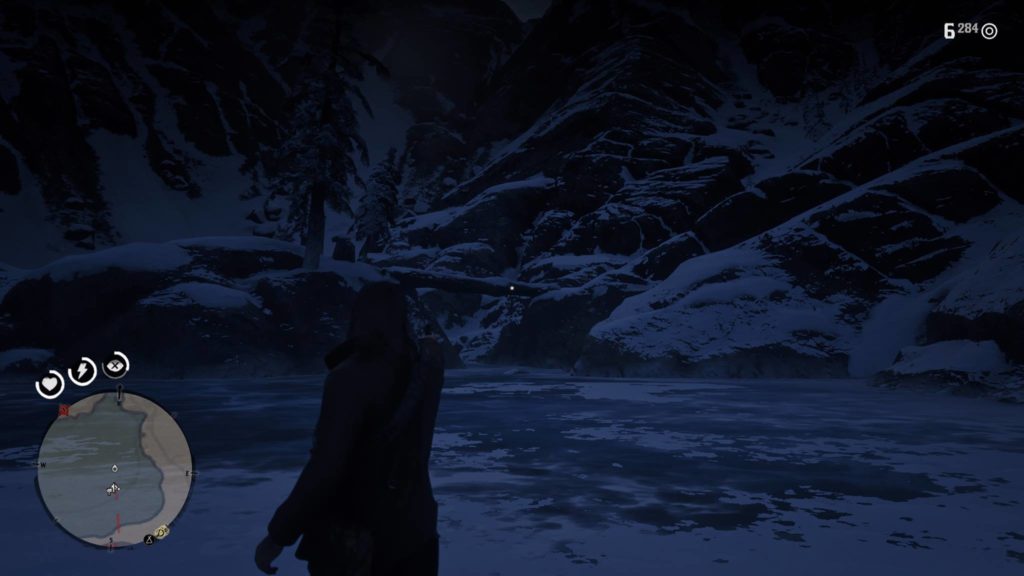 Look for this tree trunk

Make sure you go around it and while standing on top of it, you check the hole above. It’s right in the middle of the log and it’s fairly easy to spot because of the snow. Here is a picture of it. 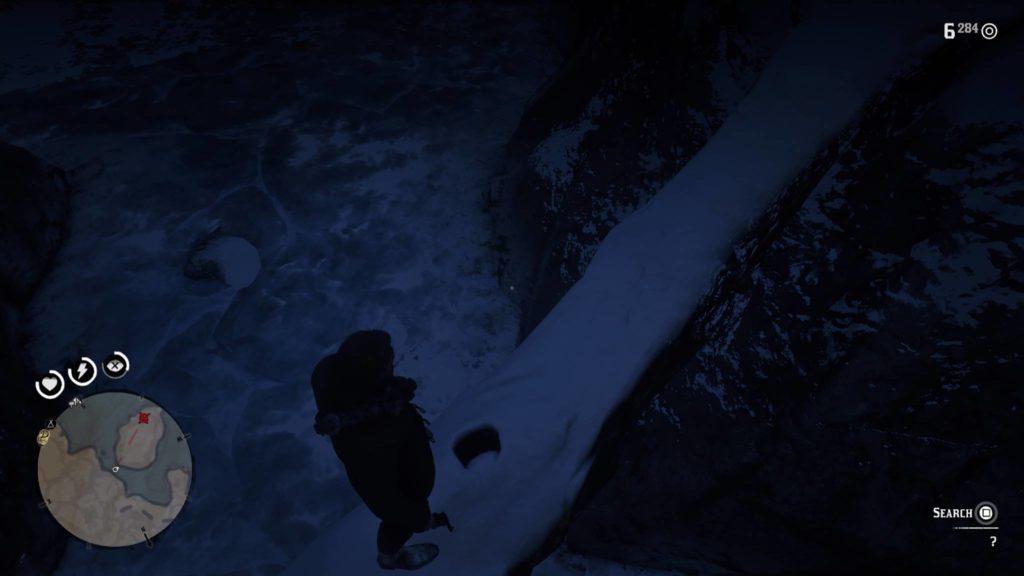 Furthermore, make sure you flip it because there is a text explaining how to get there. 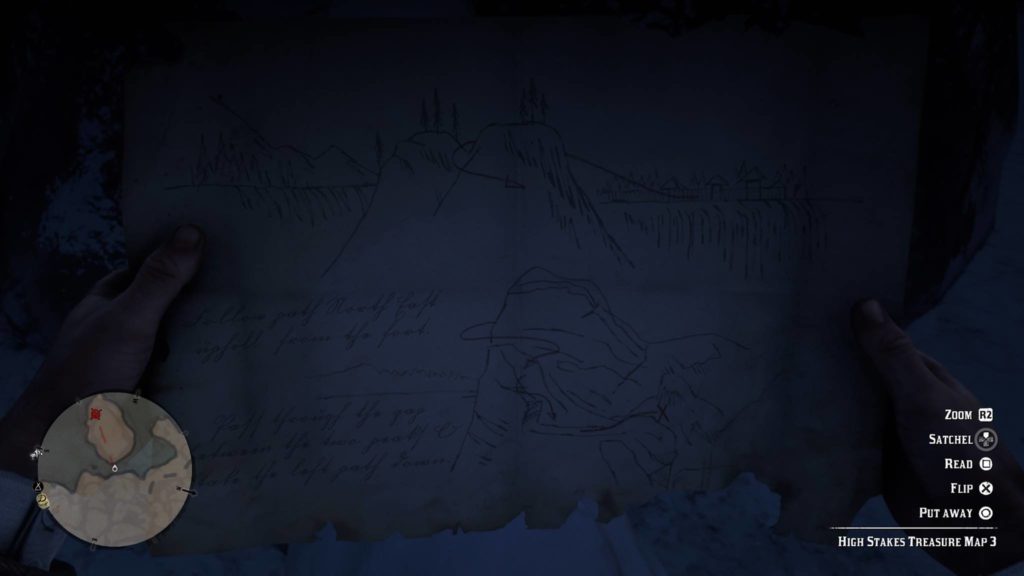 The location on this map is southwest of Bacchus Station

The path leading to the High Stakes Treasure in Red Dead Redemption 2, is quite easy to find if you already found all Rock Carvings collectibles.

Basically, you’ll have to travel to the same location where the Bacchus Station Rock Carving is found and follow the narrow path in the mountain, just above the carving (pictured below).

From here, make sure you crouch, then jump to reach a lower platform. This is the most dangerous obstacle because once on the said platform you have to turn around and jump on the platform below. 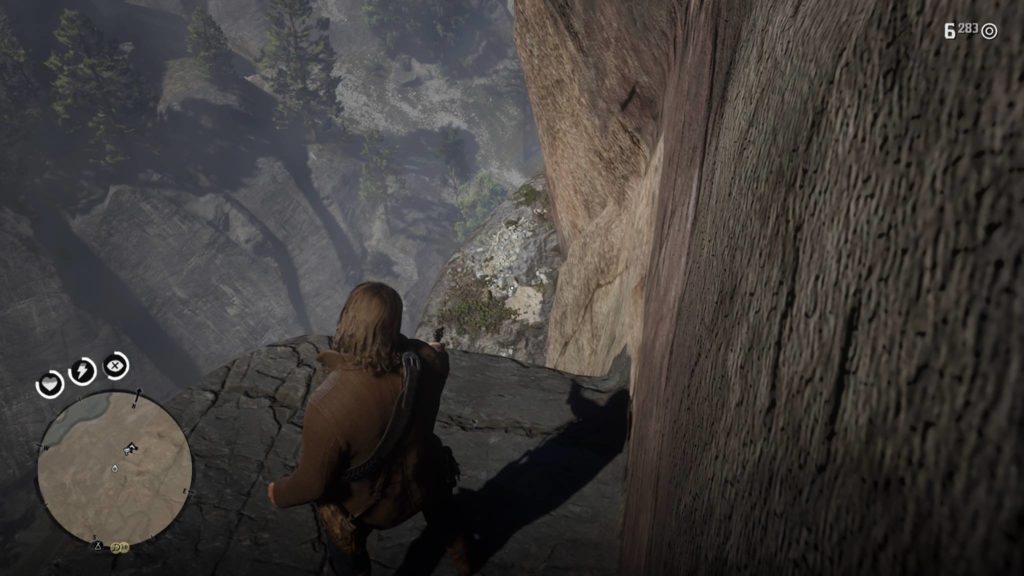 Turn around and jump on the platform below you

Next, continue along the mountain wall, until you get to a rock overhang which requires you to crouch. The treasure is in the corner of the mountain wall. In the following picture, Arthur is aiming at the location where you have to stand in order to search for the treasure. 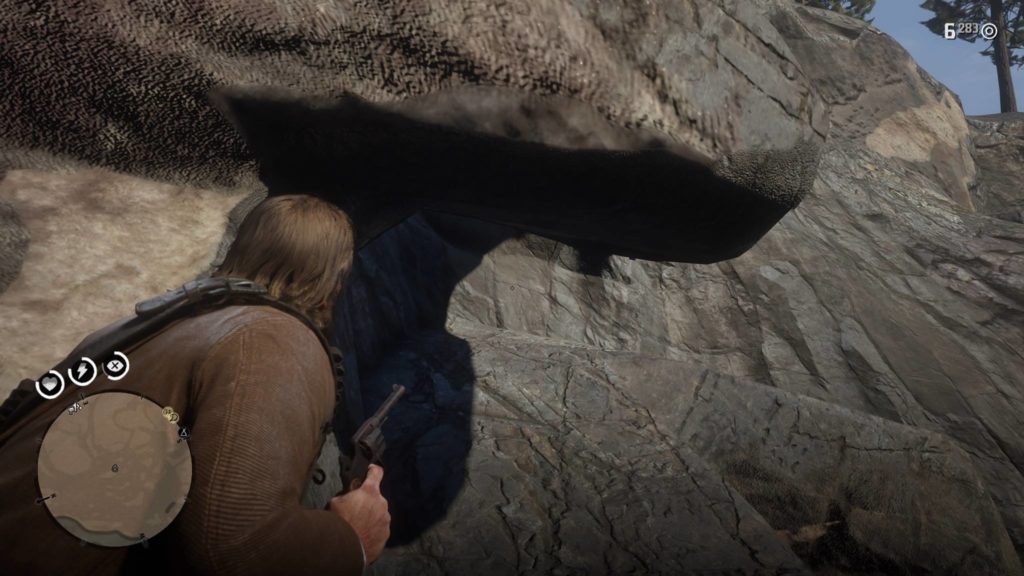 When you check this spot, you should be able to find three Gold Bars you can sell at the Fence for a total of $1.500.

Did you manage to get this hidden treasure in Red Dead Redemption 2? Let us know in the comments section below, and don’t forget that if you own the Special/Ultimate Edition of the video game, you can also complete Le Tresor Des Morts Treasure Hunt.

Alternatively, you can play the Poisonous Trail Treasure Hunt which is one of the most difficult treasure hunts in the video game.

Borderlands 3 Skill Reset Guide: How To Reset Your Skills
May 21, 2020