Receiver Component is a very common Crafting Material from Tom Clancy’s The Division 2, the video game developed by Massive Entertainment for PS4, Xbox One, and PC.

The Receiver Components in Division 2 are used at the Workbench in association with other materials, to craft Weapons.

Furthermore, this material, along with the Polycarbonates and Protective Fabrics is required to upgrade the Crafting Station.

“Crafting material used for crafting the base of a weapon.

Can be salvaged through deconstruction.

The receiver is the frame that ultimately holds the internal components of a gun in place.

Some weapons have an upper and a lower receiver, for others, it is a full frame that encircles most moving parts.

Many gun models will just fall apart, without firing a bullet, if the user for some reason attempts to shoot without the receiver.“

Unlike the Printer Filaments, for example, the Receiver Components in The Division 2 are common materials.

The best method to get this material is to dismantle the Weapons you don’t need anymore.

Since you’ll get a lot of Weapons in the video-game, simply deconstruct those of low-quality, and reuse the Receiver Components to craft better ones.

The Receiver Component is a guaranteed drop when you use dismantle.

Below you can see a picture showing a deconstruction result and the number of Receiver Components acquired; however, this number is variable. 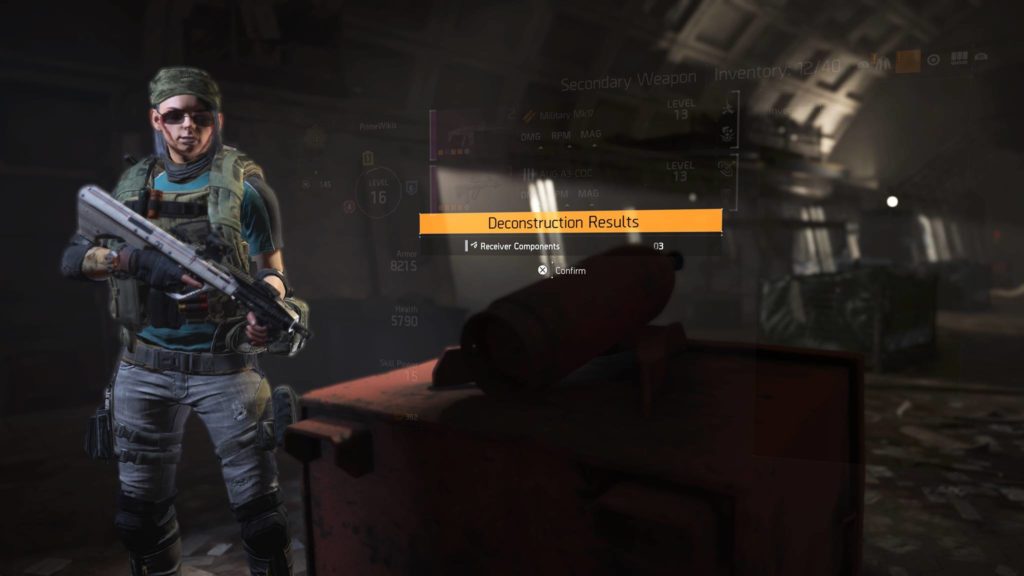 How to Use Receiver Components In Division 2

Once you get these Materials you can use them at the Crafting Station to make Weapons. Just Fast Travel to the White House and look for Inaya al-Khaliq.

Besides the fact that this material is required for Weapons, you’ll also need it if you wish to upgrade the crafting workbench to a higher rank (purple).

In the following picture, you can see that the Model 700 Replica Marksman Rifle awarded for completing the Secure Salvage Route Project, requires 11 Receiver Components. 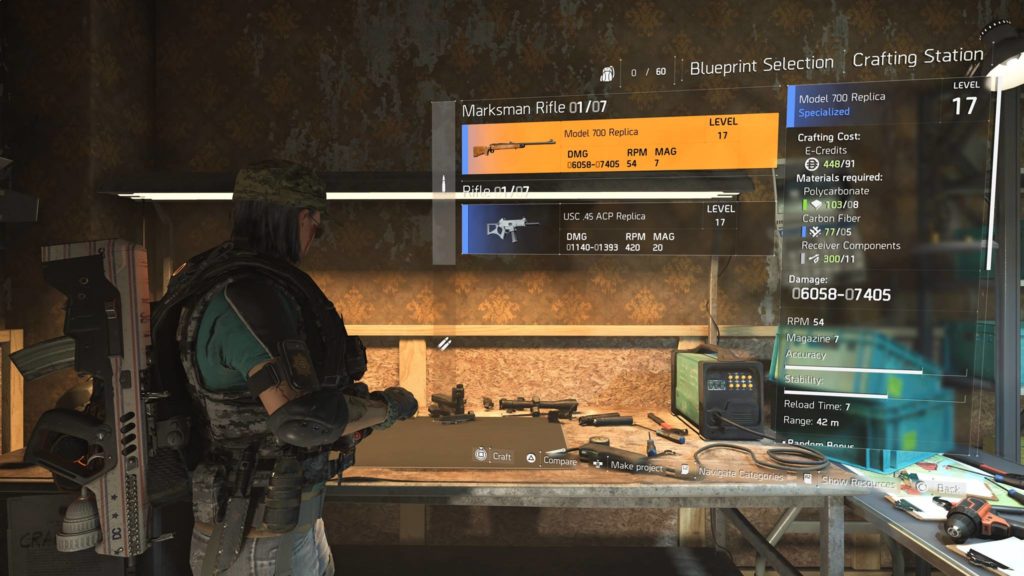 Remember that you can’t carry more than 500 Receiver Components at once. The maximum amount is reached after you purchase the Crafting Material 3 Perk.

Did you find a better method to get Receiver Components in Division 2?

Feel free to share it with other Agents in the comments section below and make sure you check out the best farming method to get the Snitch Cards Collectibles.