How To Beat Attendant Of The Relics In Code Vein

Interestingly the moves of the boss are very similar to your friend IO. The boss is resistant to blood so do not use blood abilities against this boss. The boss is also resistant to slash attacks. The following are the moves that the Attendant Of The Relics boss can use against you in Code Vein and how you can counter them.

The boss is going to buff herself in order to increase her damage. You can damage her while she is buffing.

The boss will cause an AoE explosion around herself. You should dodge backward in order to avoid the explosion. Wait for the explosion to end. You can also use a magic attack to stagger the boss and interrupt the attack. 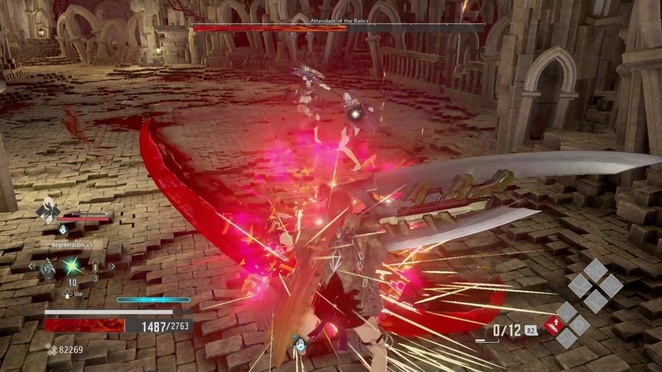 The boss is going to swing her weapon and will send a ranged attack in your direction. You can dodge to the left or the right in order to avoid this move.

The boss is going to attack from the left and then forward. You can dodge this attack by dodging twice backward.

That is all for our Attendant Of The Relics boss guide. If you are interested in learning more about the game then you can check out our guide on how you can get the true ending in Code Vein.

Code Vein Endings Guide: How To Get True Ending
February 29, 2020

Code Vein Hellfire Knight Boss Guide: How To Beat
May 8, 2020