Now, that you know how to activate the associated Stranger Mission, named Geology for Beginners, it’s time to mount your horse and start riding following the locations on our map below.

If you did not read the details outlined in our Geology for Beginners walkthrough, make sure you do that; otherwise, you won’t be able to mail all the coordinates to Francis Sinclair.

Assuming you are ready to find these strange collectibles, here are several tips to help you move faster. If you already unlocked the Fast Travel option, use it whenever you can.

Stick to the order on our RDR2 Rock Carvings locations map because it follows the same order as our text guide.

A good idea is to fully explore each area because in Red Dead Redemption 2 there are multiple collectibles you can find. Some of them (such as Chests and Lock Boxes) are very well hidden, while others (Dreamcatchers) will unlock unique rewards. Combine our guides and use each map we have created for you.

Keep in mind that there is no need to return to the Post Office after each Rock Carving you discover. The coordinates will be stored in your journal and you can mail them all at once.

When you do that, fast forward the in-game time (sleep) by at least 24 hours to receive a letter from Francis Sinclair and all other associated rewards.

Travel to his house to find out the ending of the mission and don’t forget to take the Old Brass Compass from the table inside the house. You need this item to craft the Raven Claw Talisman. 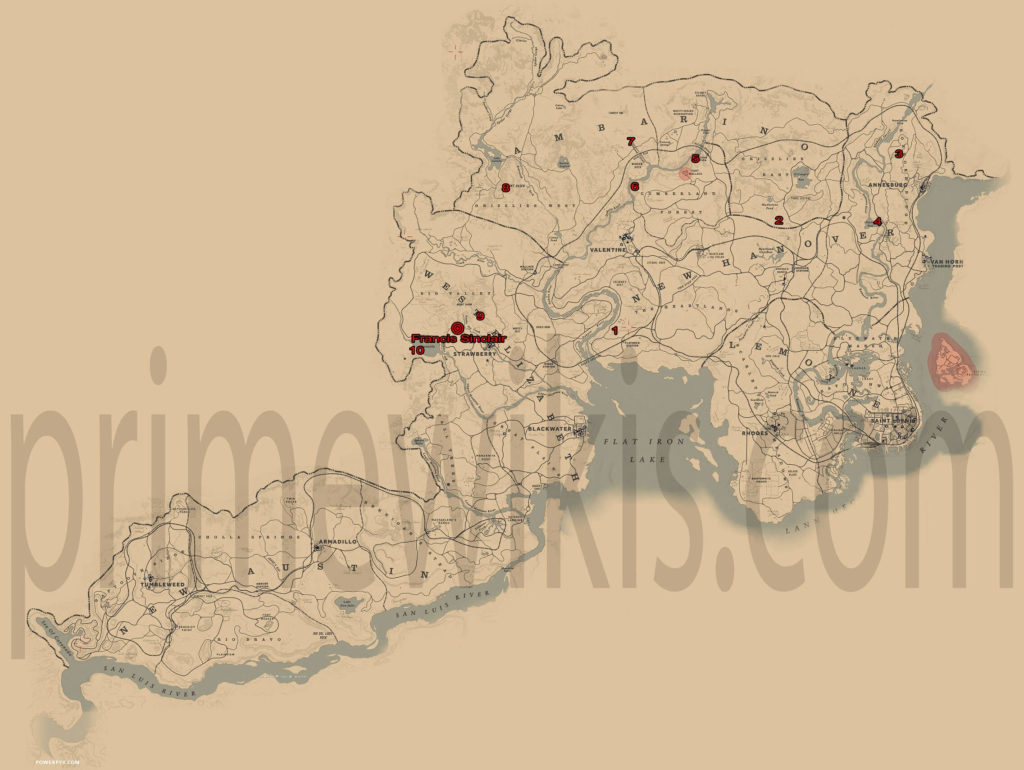 South-west from Horseshoe Overlook is the first Red Dead Redemption 2 Rock Carving marked on our map. Look for it on the mountain wall close to the burned village. It is several steps south-west from the village that was destroyed by flames.

In our picture, you can see Arthur looking at the Rock Carving. Simply approach the carving by climbing the ledge under it, and inspect the collectible. 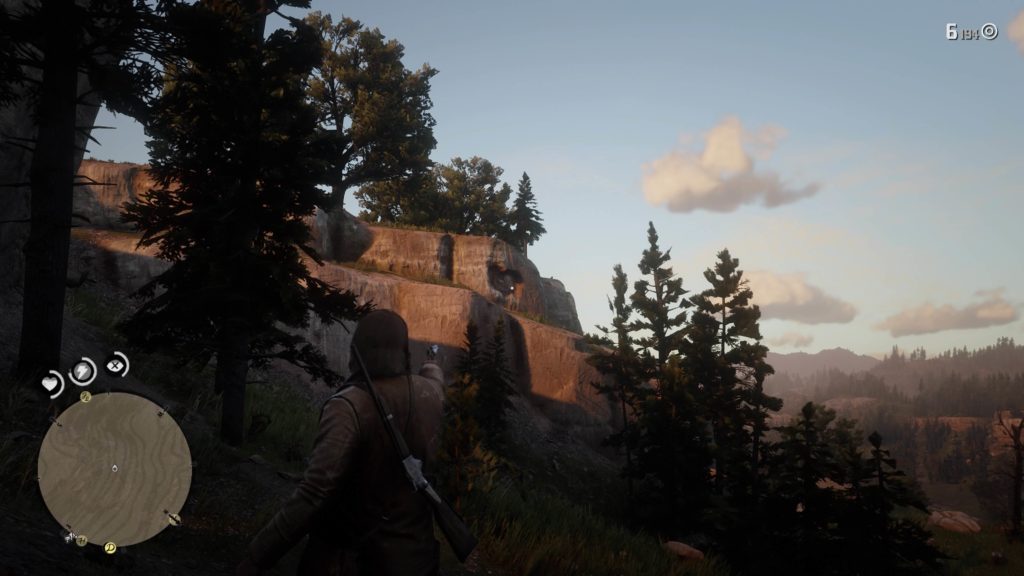 Directly south from Moonstone Pond is a rocky plateau from which you can see Heartland Overflow. The plateau is very accessible and there are two sharp edges on top of it.

On one of them, you can find the Rock Carving which looks similar to a pyramid. 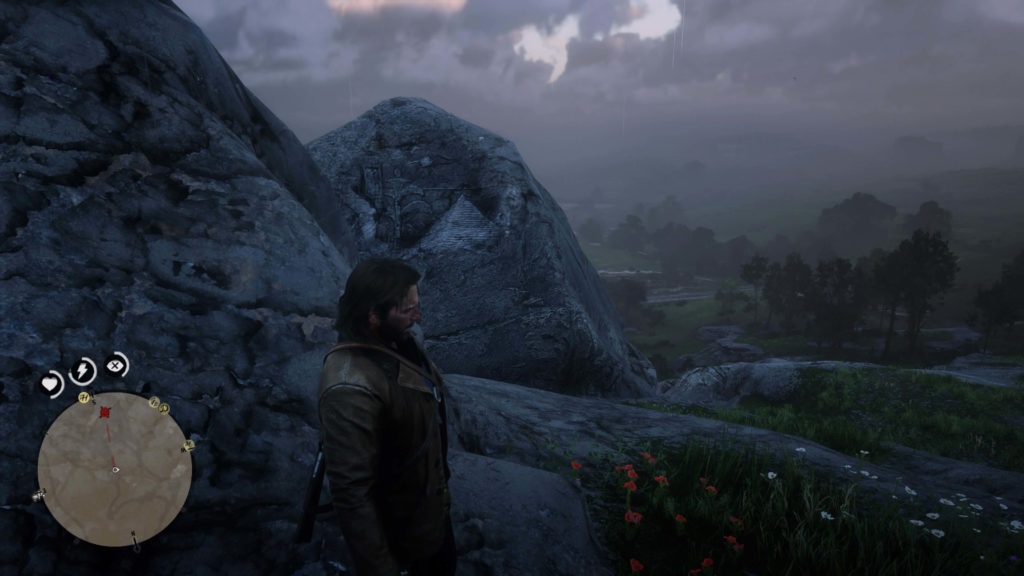 East of Deer Cottage is another Rock Carving you need to find. It is fairly easy to spot, being close to the road and the cottage aforementioned.

Look for a large plain rock near the top of Roanoke Ridge and you should spot the carving facing the road. 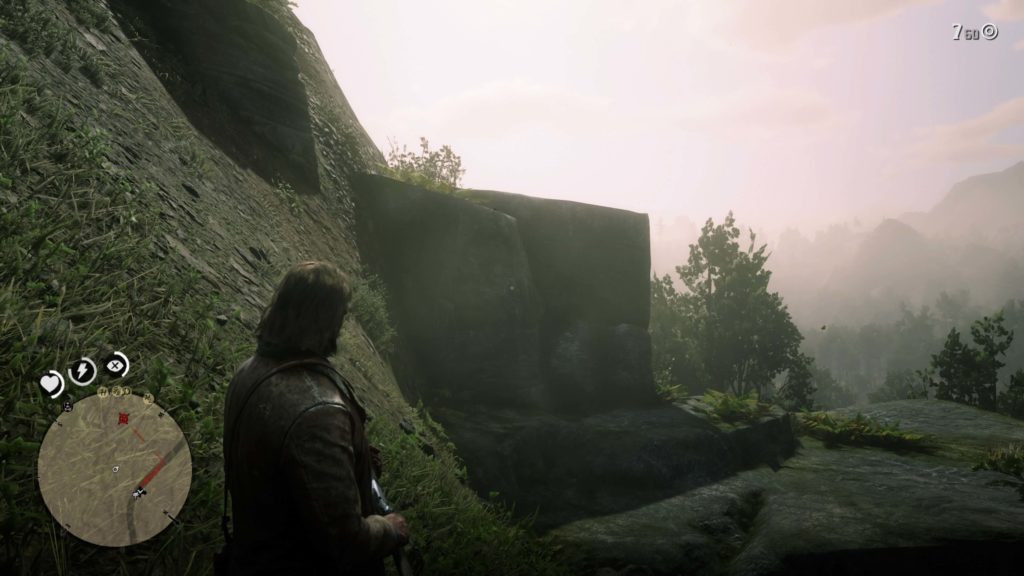 The Rock Carving near Elysian Pool is probably the easiest to find. Look for the wooden bridge over the small river, and right in front of you, on the right side of the road is the rock face. In the picture below, you can see Arthur aiming it.

While you are in the area, don’t forget to loot the hidden lockbox under the log bridge (marked with 33 in our Red Dead Redemption 2 Chests & Lockboxes Locations Guide). 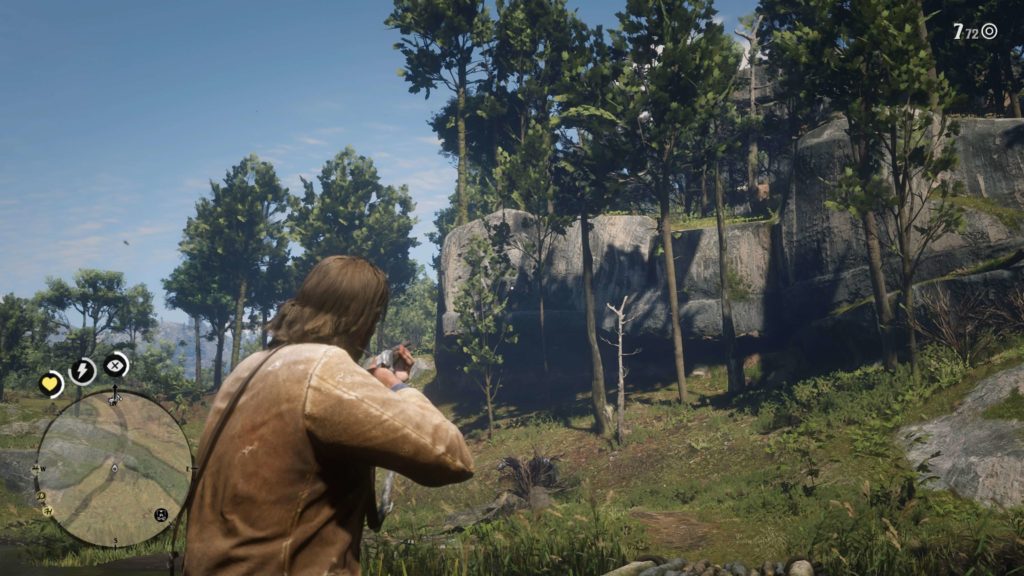 When you reach the top of the mountain marked on our RDR2 Rock Carvings locations map, you should see a large train bridge on the other side of Dakota River.

While looking at the bridge, look for a way to descend. Several steps below is the collectible.

The rock ledge is facing the river and the train bridge mentioned above. Remember this location, because the path above the Rock Carving will lead you to the High Stakes Treasure and to 3 Gold Bars. 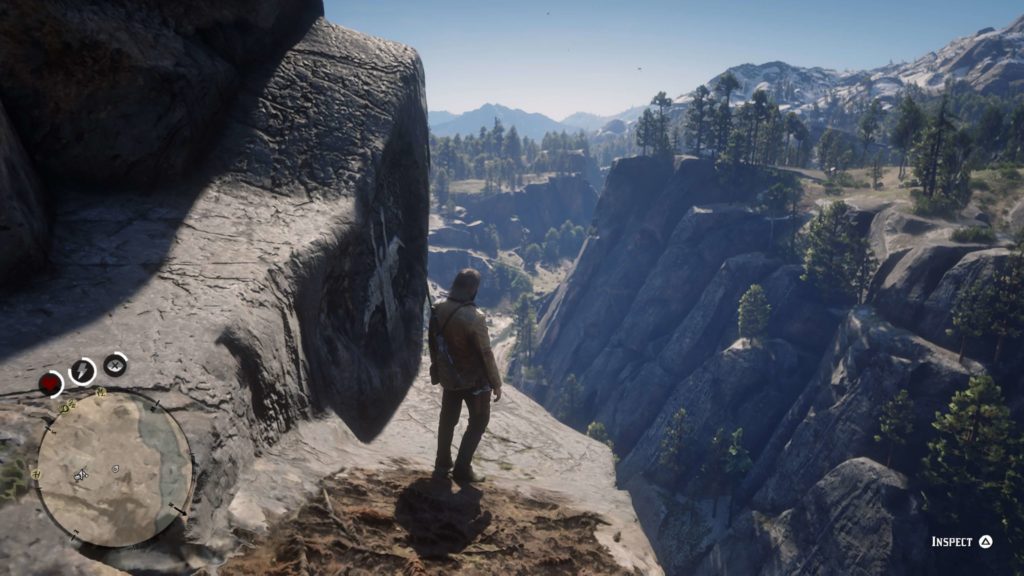 The Red Dead Redemption 2 Rock Carving in Cumberland Forest is located on a ledge beneath the peak of the mountain marked on our map above.

While searching the area you should see a bridge made of ropes and wood. The said bridge is over Dakota River and it is placed directly under the Rock Carving. To reach it, simply travel to the top of the mountain, and then look for a path that allows you to descend. 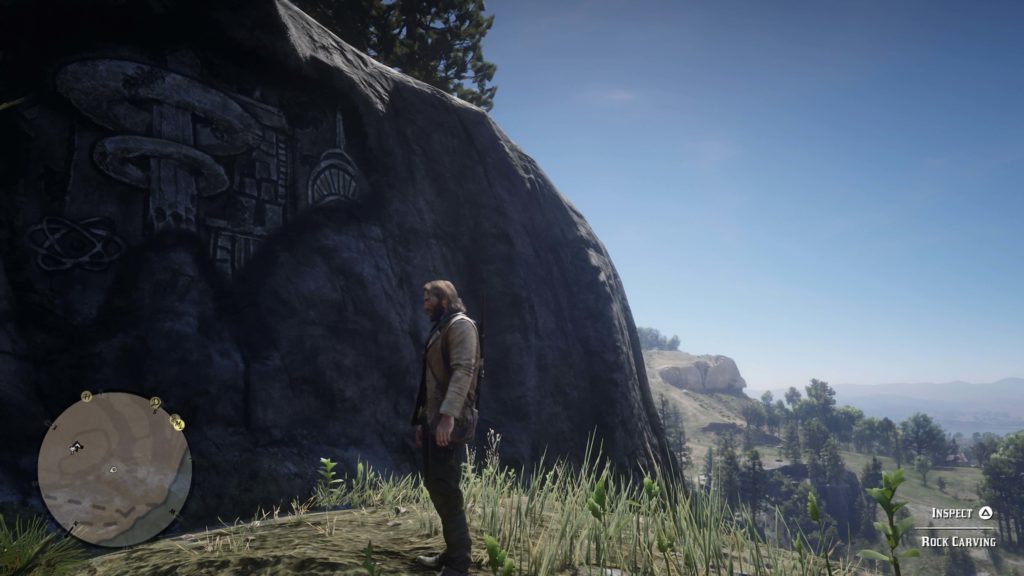 Fairly easy to find, the Whinyard Strait Rock Carving is located just several steps north from the wooden bridge over the river of the same name.

While standing on the bridge, look north (from where the river flows) and you should see it on the left side. 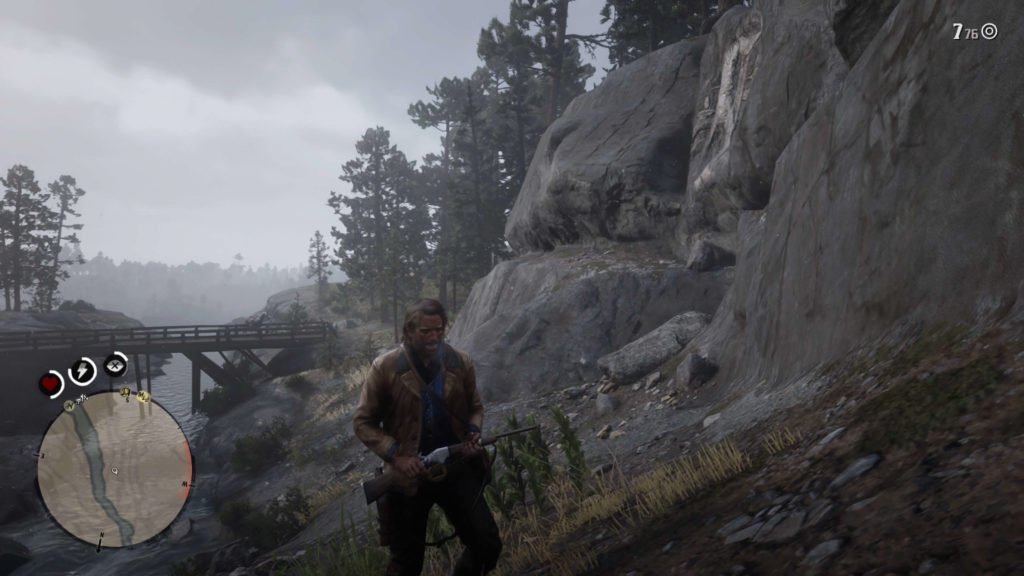 On the right side of the road leading to the top of Mount Hagen, is another Rock Carving. It is quite easy to spot if you follow our map and remain on the road.

The rock carving (pictured below) is similar to a blimp. Several steps away from it is an abandoned cabin. 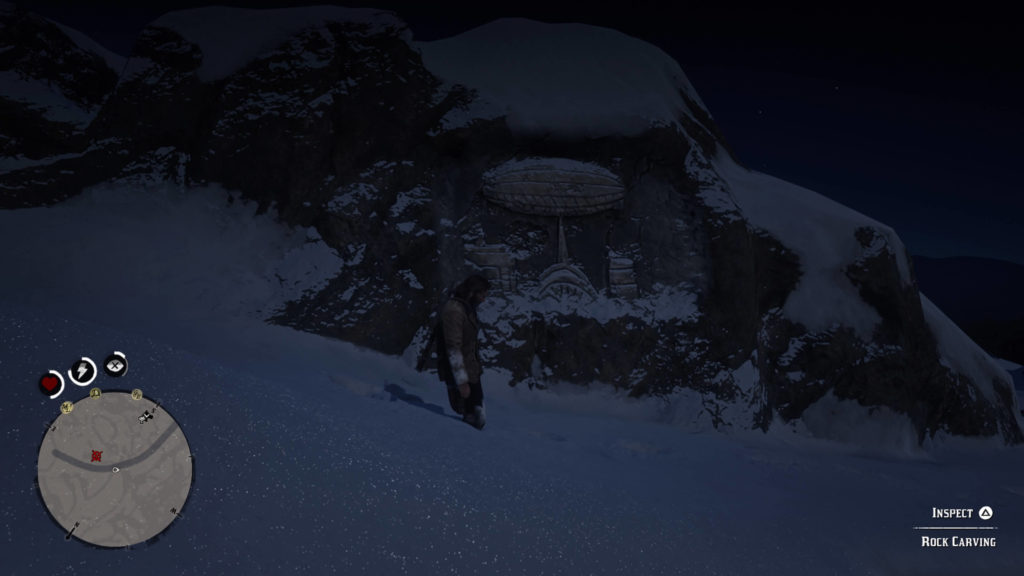 The ninth Rock Face or Rock Carving is quite difficult to find being on a ledge just under the peak of Mount Shann.

Travel to the location on our map and when you reach the said peak; look for multiple green bushes. Right under them, descend carefully and check the wall of the mountain pictured below. 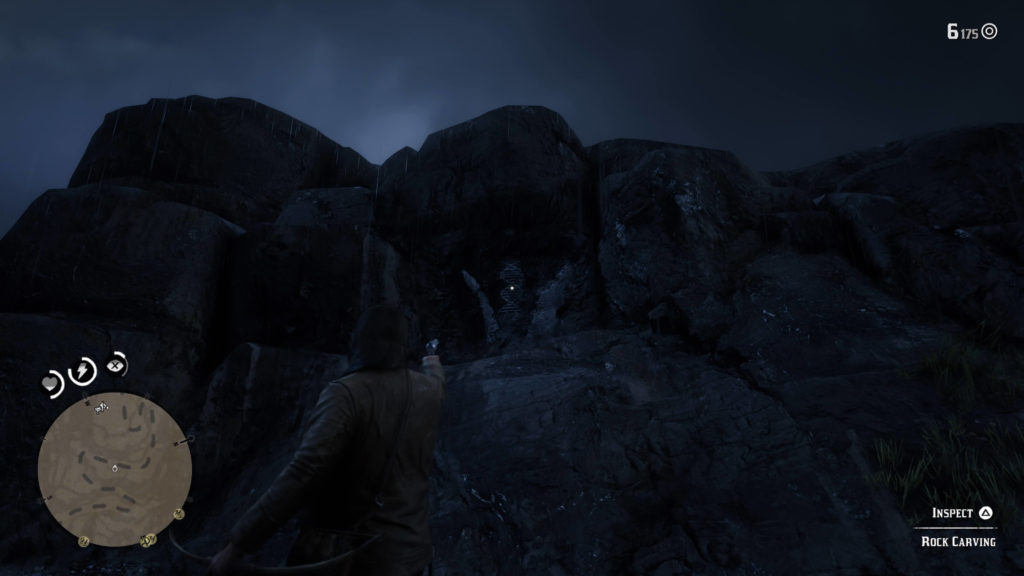 The tenth RDR2 Rock Carving is located on the south-western shore of Owanjila Lake.

You can spot it on a large rock in an area with several smaller rocks in the water. Simply check our map above and the picture below. Approach and inspect the collectible. 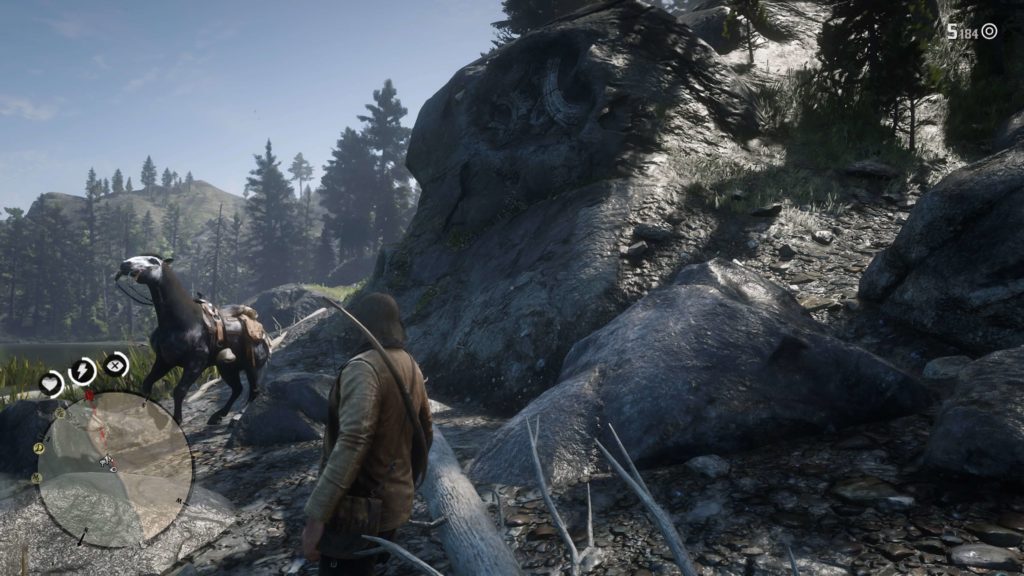 Code Vein Endings Guide: How To Get True Ending
February 29, 2020