While exploring the West, Arthur, you might find a strange locked cellar or some mutilated bodies hanging on trees. There are three of them, and they are part of a Red Dead Redemption 2 Stranger Mission named American Dreams.

Red Dead Redemption 2 American Dreams Stranger Mission can be played when you reach Chapter 2 in the video game, by either finding the said cellar or one of the mutilated corpses we have mentioned. These corpses are also part of the RDR2 Unique Chance Encounters.

In RDR2, the American Dreams will actually allow you to become a detective, by finding a series of clues required to solve a puzzle. Assuming you don’t know how to solve this Red Dead Redemption II mystery, here is a complete walkthrough that will guide you from start to finish.

So, let’s discuss the corpses you might find. They are also known as Crime Scenes, and you need to investigate all of them in order to retrieve 3 pieces of a map. The said map will eventually lead you to the killer. 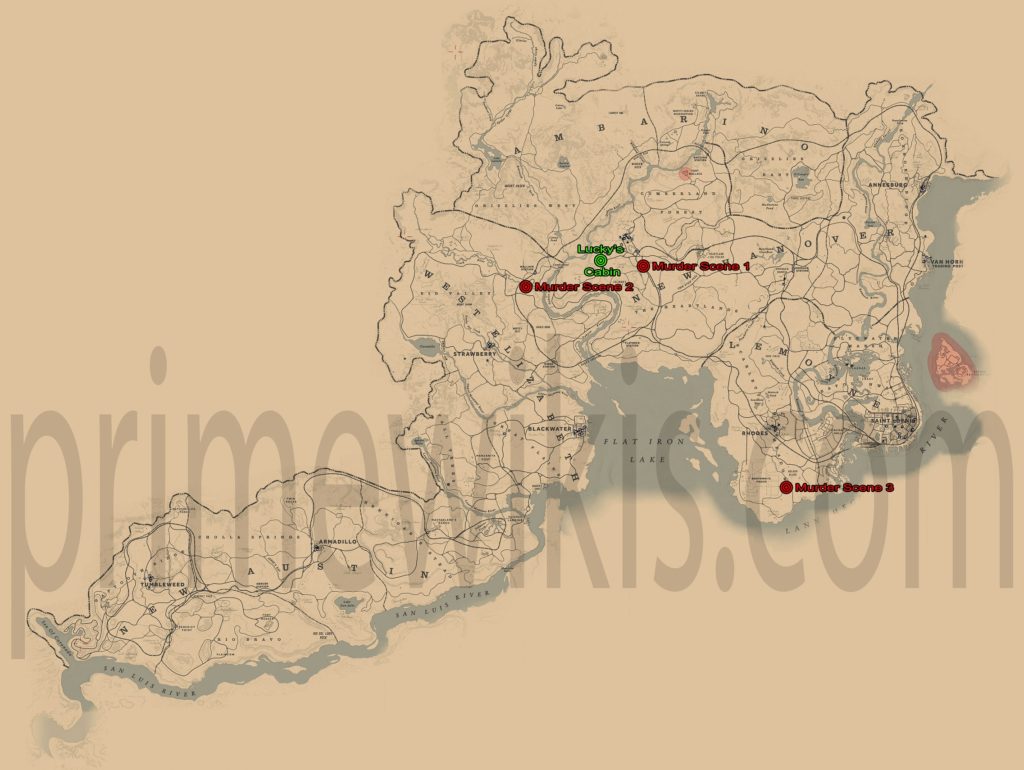 “After piecing together, a map from scraps found near the bodies of the victims, a killer’s underground lair is discovered”

The first location you should investigate is the one near Valentine. Head to the area marked on our map, and look under the bridge, below the train tracks. You should find a body hanging. Keep in mind that these corpses must be investigated during the night. Spooky right?

While facing the body, go around the supporting pillars and look for a note. Just like in the following picture. 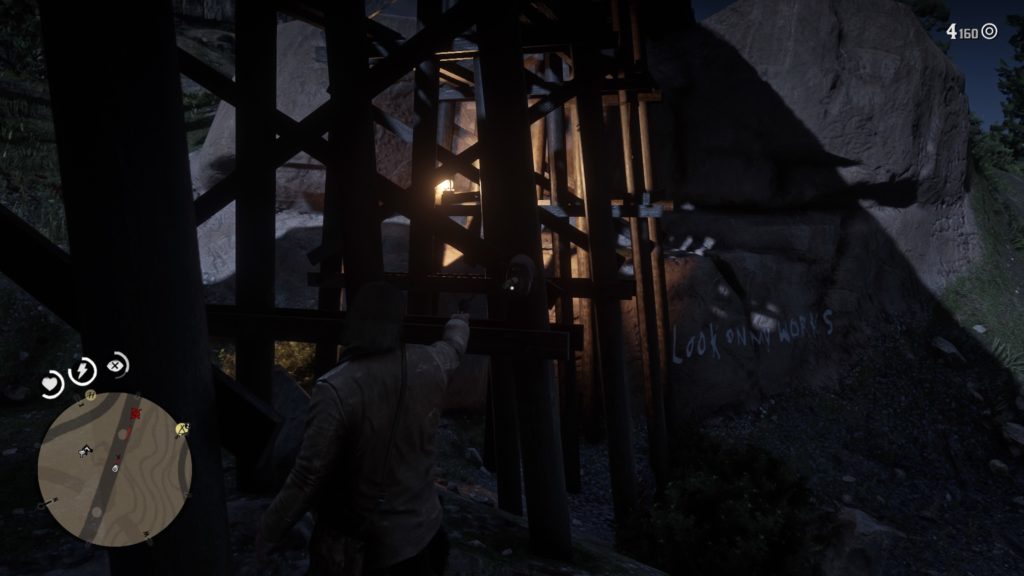 Inspect the note (Killer Clue 1 Piece) to see that it’s actually a map. Great now! You have the first clue!

Head to the next one which is just south of Wallace Station.

When you reach the next location, look for a large boulder and you will find the victim’s corpse. Several steps away on a smaller rock you should see the victim’s head with the second note (Killer Clue 2 Piece). 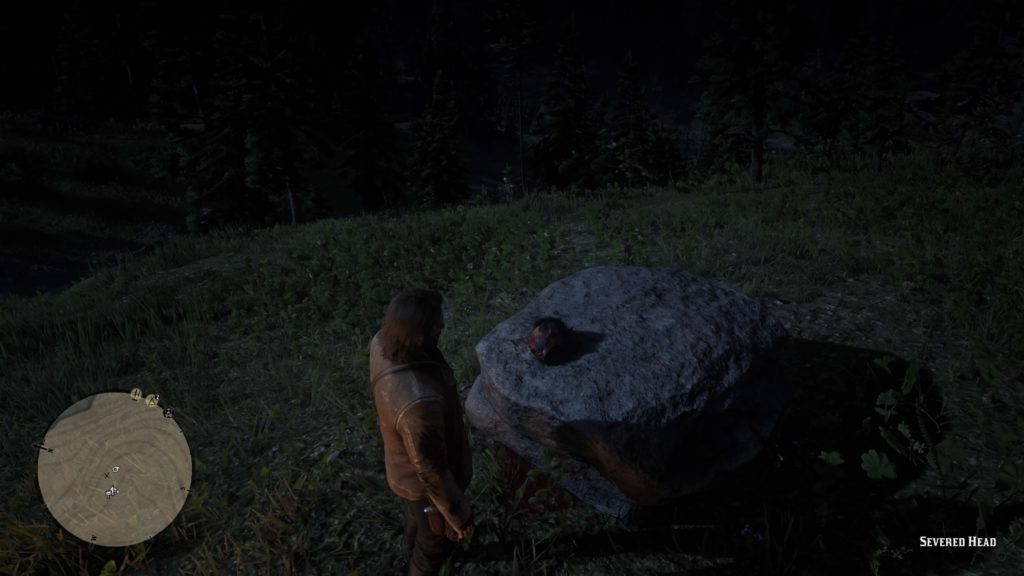 Take it, then ride to the third location marked on our map. It is just east of Braithwaite Manor. If needed place your camp nearby and fast-forward the in-game time by sleeping.

At the third location, you should be able to see another victim. The corpse is on a large tree quite hard to miss. Go around it to locate another head with a note inside. It’s the Killer Clue 3 Piece, and the third part of the map. 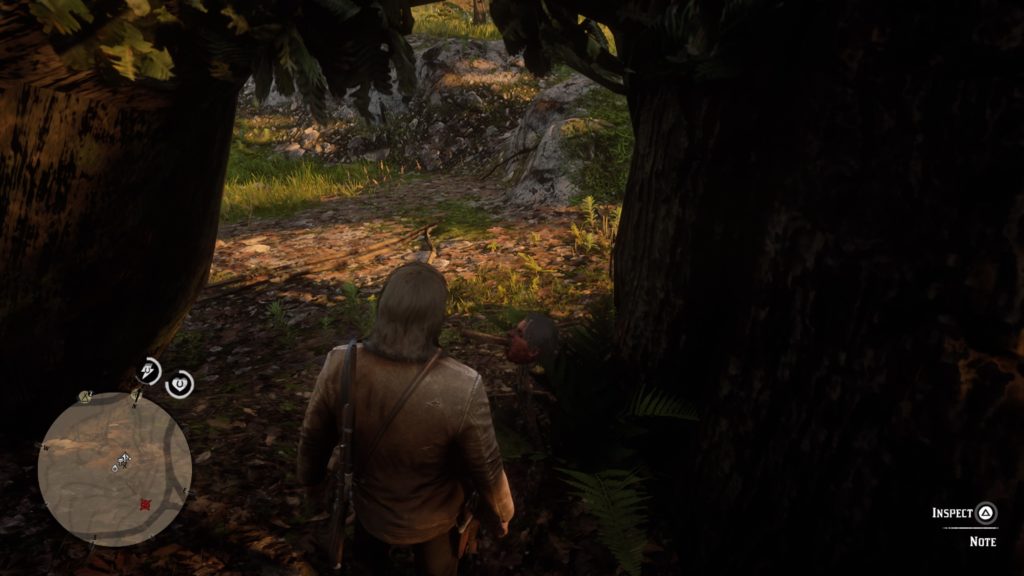 Once you collect it, the puzzle map will be automatically reconstructed so make sure you check your satchel to see it. It looks like this. 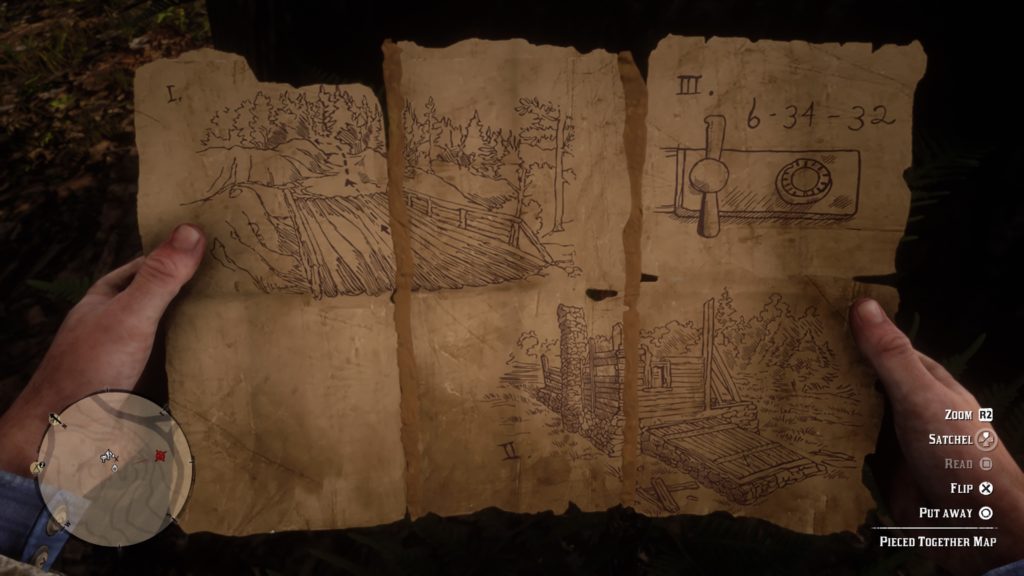 Now, the obvious question…Where is the killer?

Well, he is located south-west of Valentine, at Lucky’s Cabin. You can see killer’s location on our map above.

Open the basement doors, because now you have the code, and enter the basement. Inspect the letters on the table, and grab all the items you can find in the first room.

Next, go around the wooden wall and inspect the knife in the dead body. Immediately a cutscene will start and you will meet the criminal. 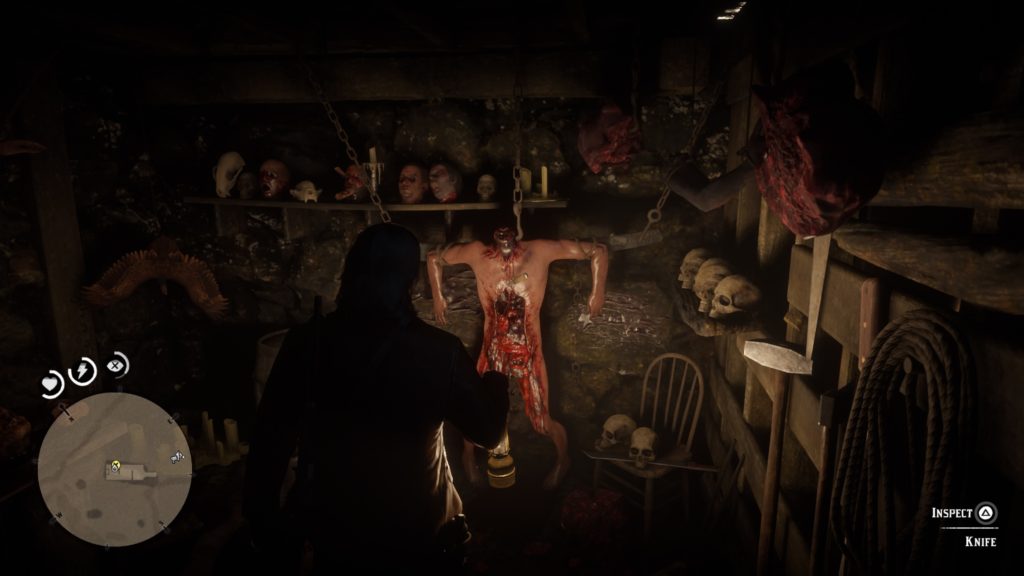 During the dialogue, throw a human head at him, then punch him quickly to put him down.

Hogtie the murderer and put him on your horse. To the sheriff in Valentine with this crazy bastard, cowboy!

When you deliver the criminal, named Edmund Lowry Junior, he will try to escape and attack the sheriff. Make sure you activate the Dead Eye and kill him on sight.

If you don’t kill the crazy stranger, the sheriff will, but you will miss the bounty; meaning that there are no monetary rewards for you.

After you deal with Edmund pick the money on the desk and the mission ends.

Did you enjoy the American Dreams mission in Red Dead Redemption 2? Let us know below and don’t forget to follow us on Facebook, Twitter, and Instagram for more RDR2 guides and walkthroughs.  Looking for a similar mission? Try A Fine Night for It.