Jefferson Rail Tunnel is also one of the 14 Ambush Camps from Days Gone, the videogame developed by Bend Studio for PlayStation 4.

This Ambush Camp, just like Horse Creek is protected by 14 Marauders.

To remain unseen you’ll use again the Crossbow and Deacon’s hunting knife. 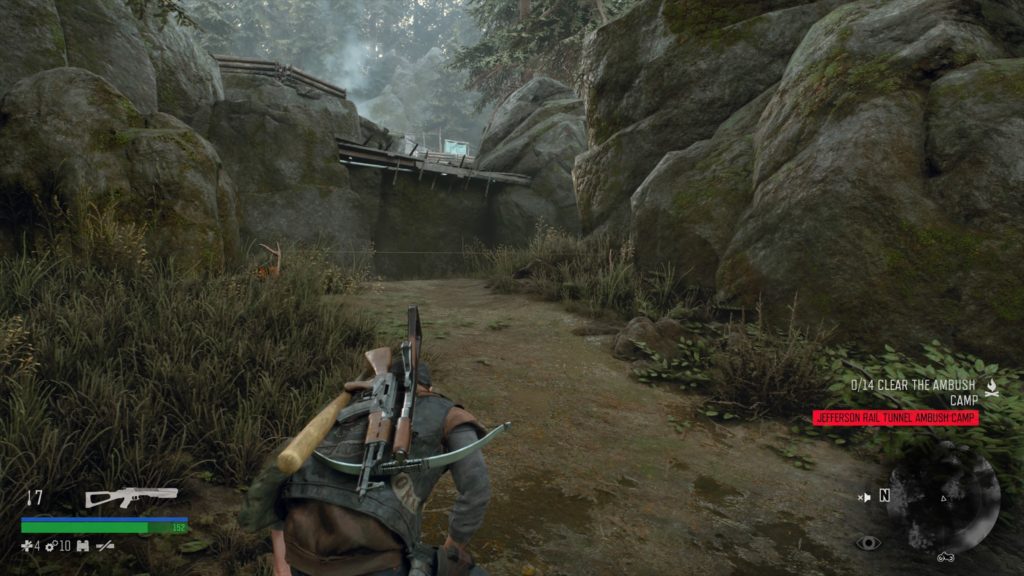 The infiltration point you’ll want to find is actually a narrow path, on the left side of the hill leading to the camp.

You can see it pictured above, however, be advised that there are two traps that must be avoided.

The first one is a bear trap behind a large rock, while the other one is an alarm hidden in the grass.

Disable both of them by pressing Square.

As you move towards the upper section of the hill, you’ll encounter only a few guards patrolling around; so you can easily take them out while staying behind cover.

On top of the hill; however, there are 4 Marauders close to the wooden cabin. You can distract them and take them out one by one; or if you prefer a direct approach, you can use an assault rifle while taking cover behind the red truck.

The Jefferson Rail Tunnel Ambush Camp Bunker location can be observed in the picture above.

Look for it close to the wooden cabin on top of the hill.

To access it, open the round metal hatch on the ground 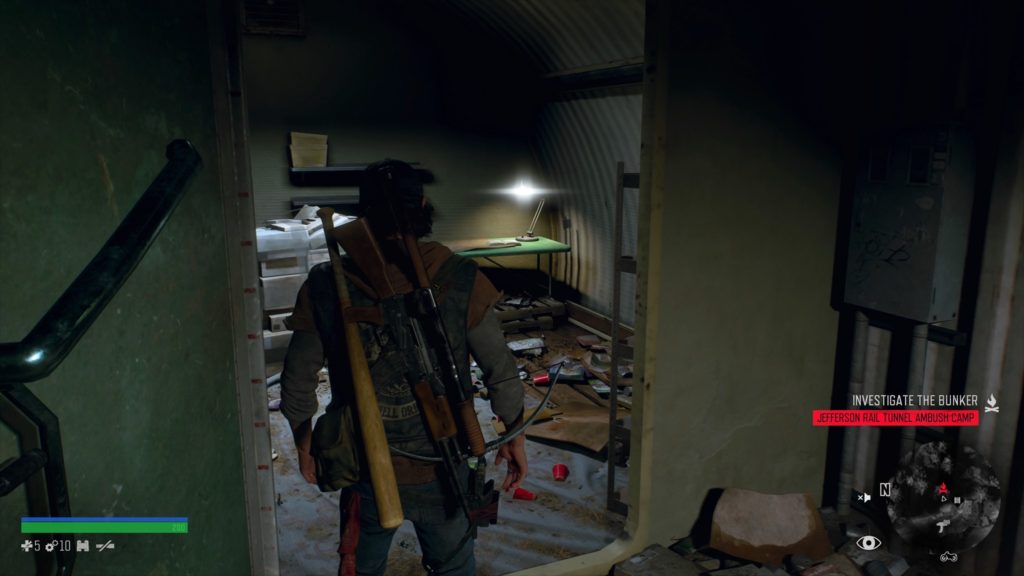 After you open the bunker, go inside and check the first room on the right side to find the map and the notes on the green table (pictured).

Once you get the map and the notes, the Days Gone Jefferson Rail Tunnel Ambush Camp is marked as completed.

Before leaving this area, however, make sure you loot everything.

If you unlocked the Hawkeyed Survival Skill, you should scout this area because you’ll find 4 Cascade Herbology Collectible Plants here: Wood Lily, Horn of Plenty, Black Currant and King Bolete.