Days Gone Cascade Lakes Railway, is a location that must be explored in order to complete the Ambush Camp Hunter Storyline.

This Ambush Camp is guarded by 15 Marauders, similar to those from Spruce Lake Ambush Camp. 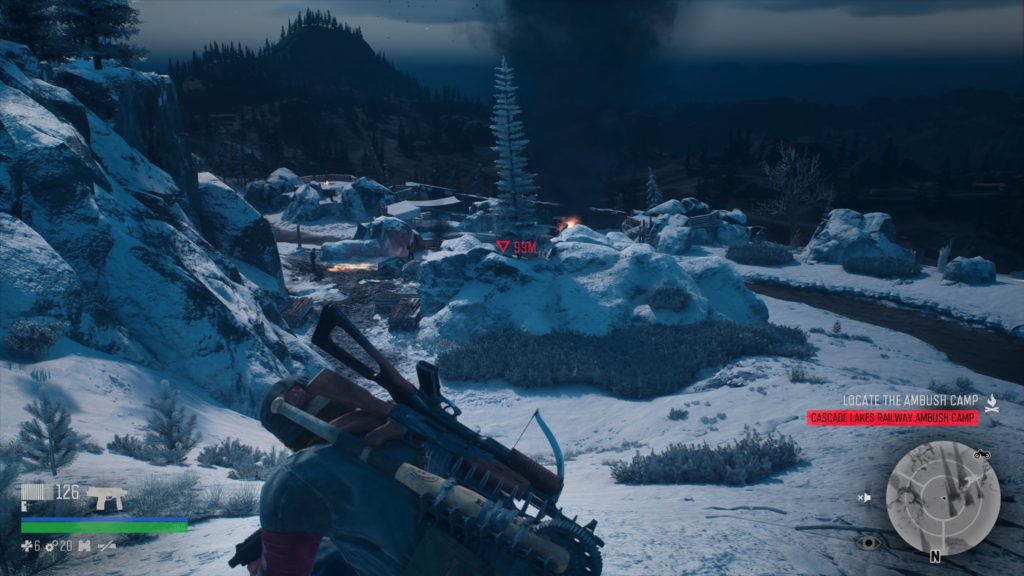 To get inside this Ambush Camp we suggest following the path along the railway (left side while looking at the camp), mainly because there is a large number of Snipers supervising the valley.

A head-on approach will eventually lead to a firefight you can avoid by going around the camp, then falling right behind your enemies (as pictured).

From this position, you can remain hidden for a long time and start working your way down the hill killing each Marauder you encounter.

As said, there are 3 Snipers in this area, and they can become problematic if they spot you. Try using your Crossbow or kill them from behind.

Another great idea is to use Residue Bolts on them, which will make them go berserk and open fire against their own troops.

Either way, the area offers a lot of hiding spots, and if you are detected, you’ll always have the high-ground advantage if you follow the indicated path. 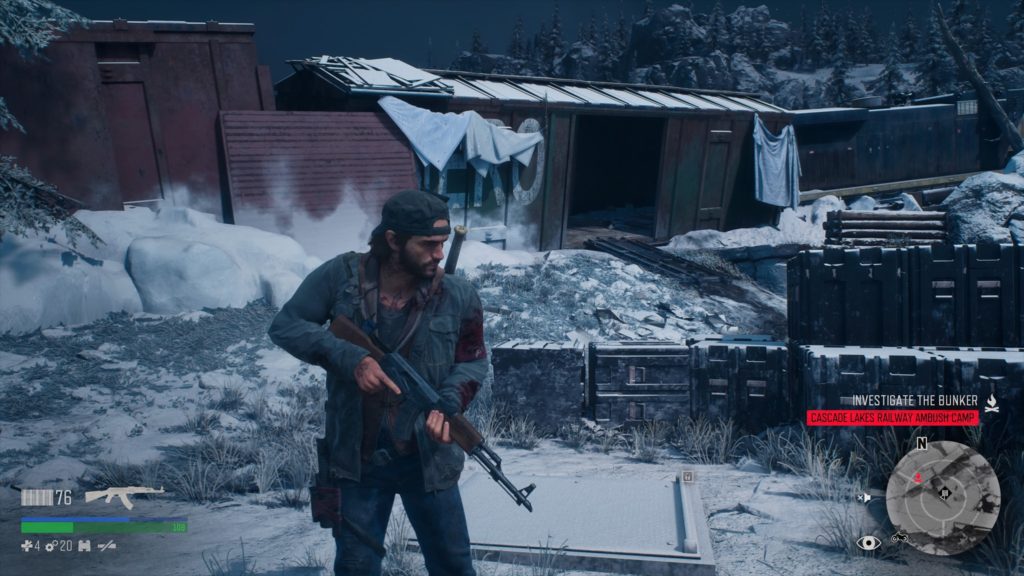 As you can see they are in the lower section of the camp, behind the derailed train. 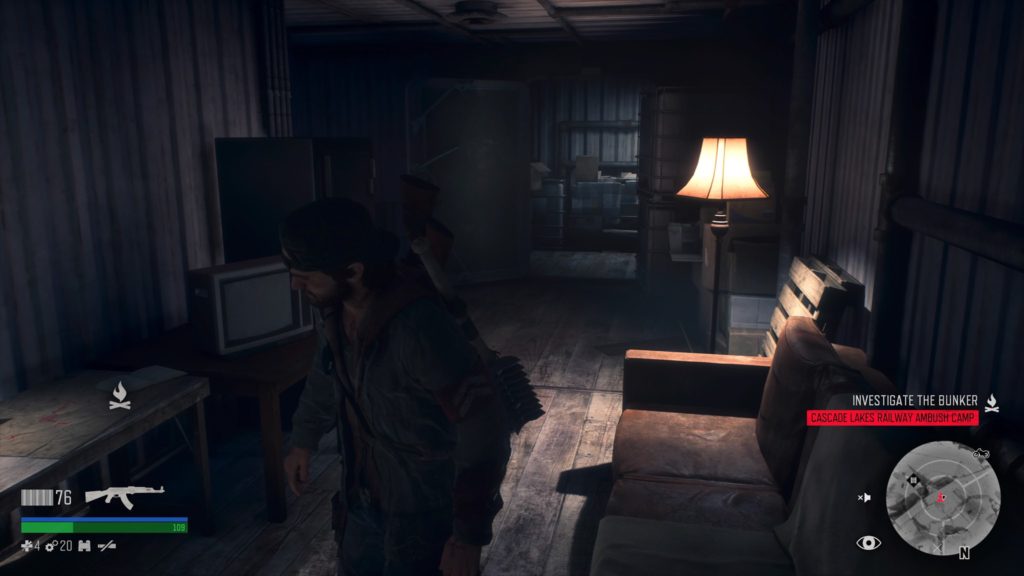 The map you’re looking for at this location is sitting on a table, on the right side of the corridor, you’ll see inside the bunker.

Once you get the map and the notes, this Days Gone Ambush Camp is marked as complete.