The Division 2 Gunner specialization was confirmed a while back but if you have a copy of the game then you can check it out now. The new update allows you to access the new specialization. The major highlight of the gunner is that it uses a minigun.

This is a very heavy weapon, so there are some limitations when you use it. When you use the gun, you cannot take cover, roll or sprint. On the plus side, any enemies that are suppressed by your fire give you bonus armor. 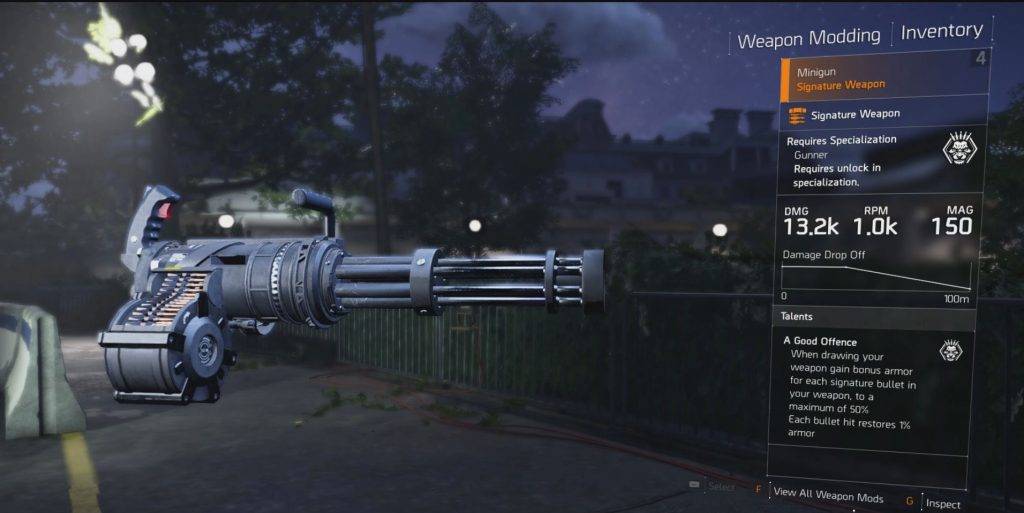 If you have the season pass then you can check out the Gunner specialization immediately but if you do not then you will have to complete special field research missions. There are 5 missions that you need to complete in total in order to unlock the Gunner. Different perks that you can unlock using the skill tree are as follows:

The Gunner has some unique skill tree upgrades and it allows you to increase the damage of pretty much any kind of weapon rather than limiting the player to a certain weapon type. It also comes with a large pouch upgrade. Pass holders can access the same challenges but can earn additional unique cosmetic items.

If you are playing the game then you can check out the following guides that might prove to be helpful:

Let us know what you think about the new Gunner specialization in The Division 2.

The Division 2 Leveling Guide: How To Level Up Fast In The Game
January 31, 2020

The Division 2 Liberty Guide: How To Get The Exotic Pistol
January 24, 2020