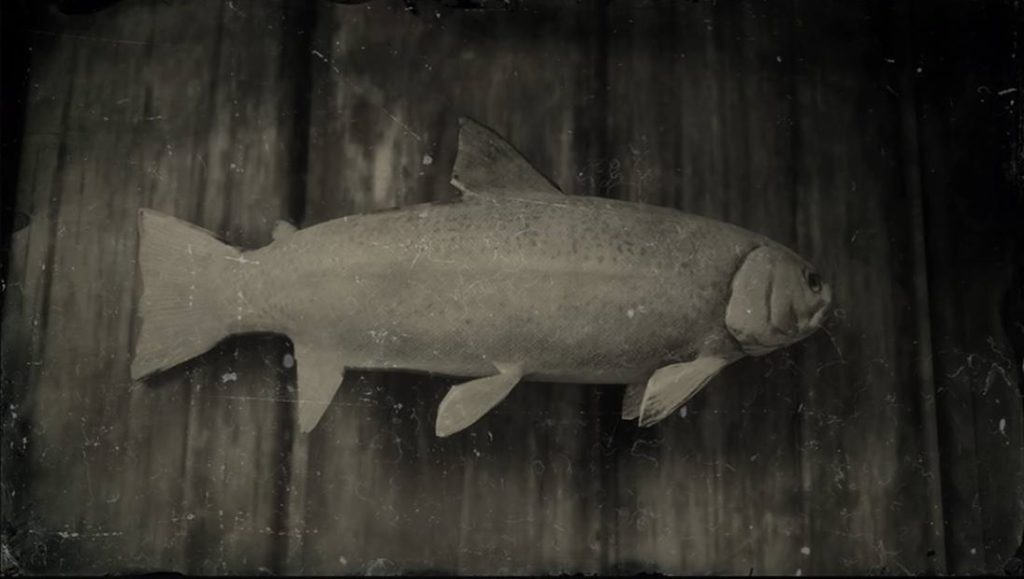 The Steelhead Trout in Red Dead Redemption 2, is a medium-sized fish required for Total Completion of the PlayStation 4 and Xbox One video game developed by Rockstar Studios.

A large number of RDR2 Steelhead Trouts can be found in lakes and rivers; being endemic to both northern and southern regions.

Since they are quite easy to catch, you can actually fish for Steelhead Trouts the moment you complete A Fisher of Men in Chapter 2.

“Steelhead Trout populations are dotted around various lakes, mostly in the south. Steelhead Trout respond to many types of bait, most especially worms. They are fairly large and good to eat. Bigger specimens can be quite powerful and strongly resist being reeled in. They are notably more active in rainy weather. A few hardy fishermen in the northern Roanoke Valley claim to have seen, but never managed to catch, a Legendary Steelhead Trout.”

Although you can fish for Steelhead Trouts in any of the areas marked on our map below, our favorite fishing spot is the one located north of Clemens Point.

Since Clemens Point becomes your camp in Chapter 3, you’ll be able to fish Steelhead Trouts without traveling too much.

Another reason for which this is our favorite fishing location is that in the same area you can catch Largemouth Bass and Smallmouth Bass just by changing the bait.

Before attempting to catch trouts make sure you buy some Worms from the Lagras Bait and Tackle store. 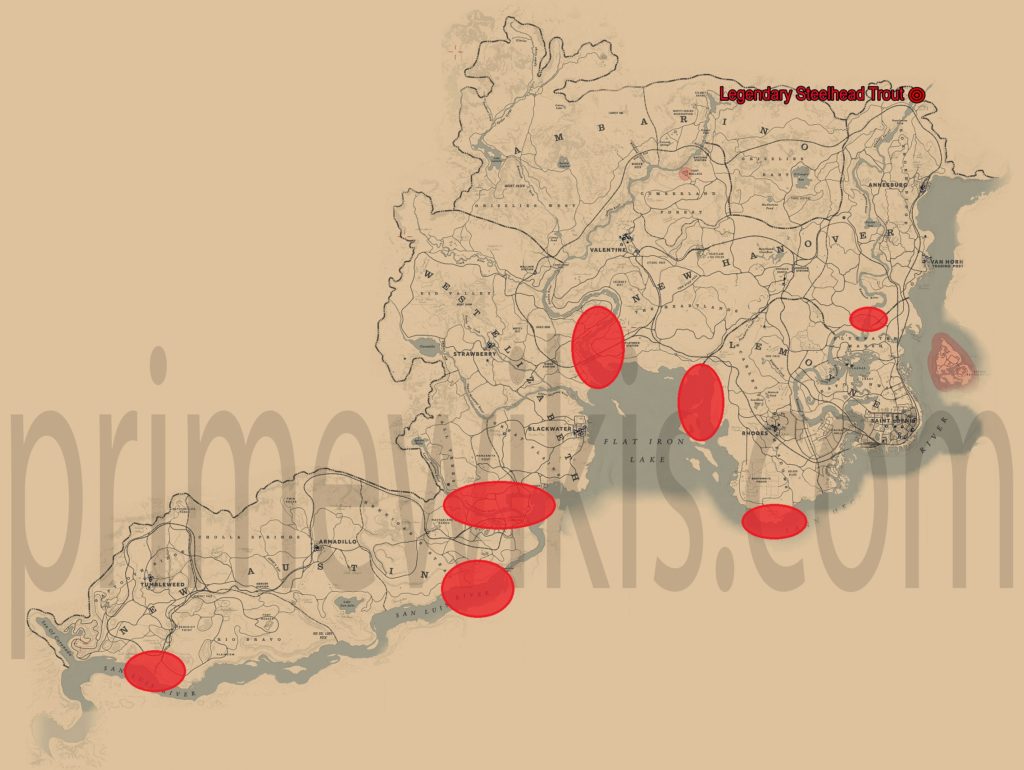 The common trout you can fish in the areas marked on our map, weights between 4 and 6 lbs.

Obviously, you’ll also be able to catch a Legendary Steelhead Trout, by visiting the fishing spot north of Annesburg as you can see on our map.

This specimen weights 29lbs and 8oz.

A succulent fish, the Steelhead Trout can be cooked in various ways using different ingredients.

Unlike large-sized fish species, the trouts are easier to catch. After you cast your line, slowly reel using the right thumbstick, while pressing R2/RT from time to time.

After the fish is hooked, stop reeling when it’s fighting, and resume when calm. Keep your rod up by tilting the pushing the left thumbstick down, in order to bring the fish in faster. 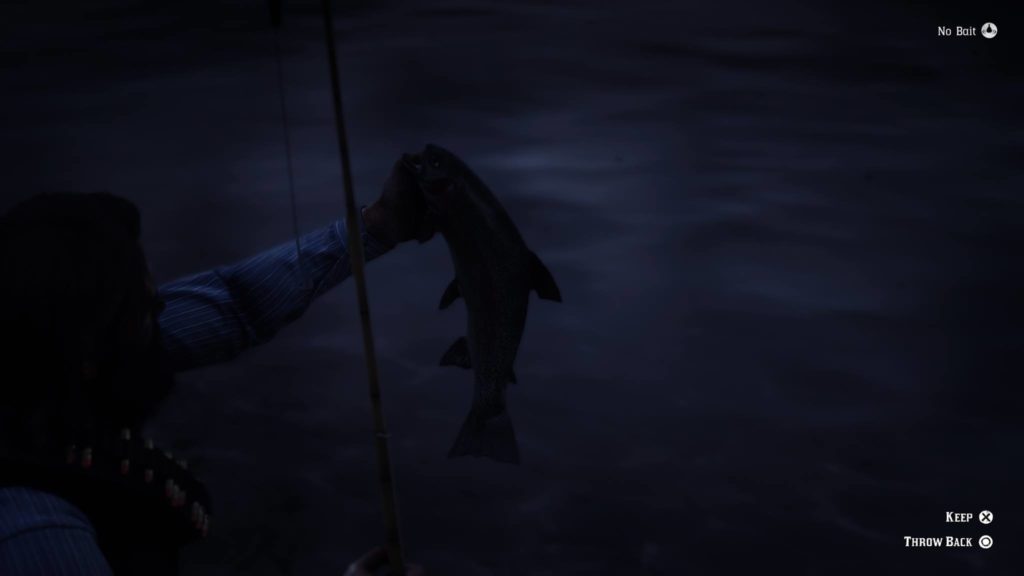