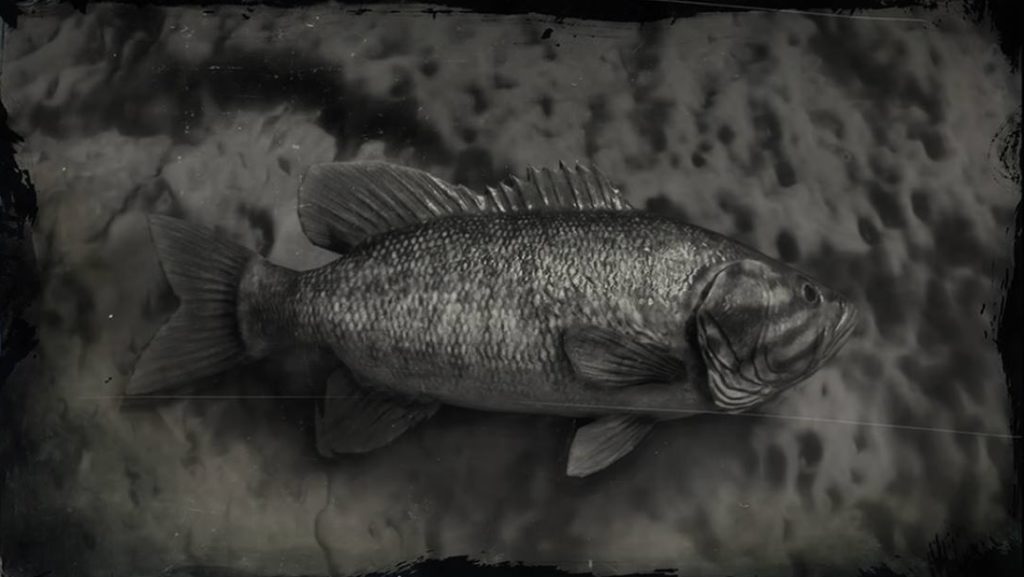 The Red Dead Redemption 2 Smallmouth Bass is a medium-sized river fish usually found in the southern regions of the world from the video game developed by Rockstar Studios.

You can attempt to catch your first Smallmouth Bass in Red Dead Redemption II after you complete A Fisher of Men, in Chapter 2.

“Smallmouth Bass are commonly seen in northern rivers. They prefer natural baits, such as crickets, over lures. Larger and tougher than Rock Bass, Smallmouth Bass can put up quite a fight once hooked. They seem to be most active during rain. A Legendary Smallmouth Bass is said to live in western Big Valley.”

While you can catch Small-mouth Bass in any of the fishing spots on our map below; our recommendation is the area west of Rhodes.

Starting Chapter 3, that area becomes your gang’s camp, known as Clemens Point. It is the perfect fishing spot if you don’t want to travel too much, and you can also catch Steelhead Trouts simply by changing the bait.

Speaking of bait, before attempting to catch a Smallmouth Bass, make sure you purchase several Crickets from the Lagras Bait and Tackle Shop. 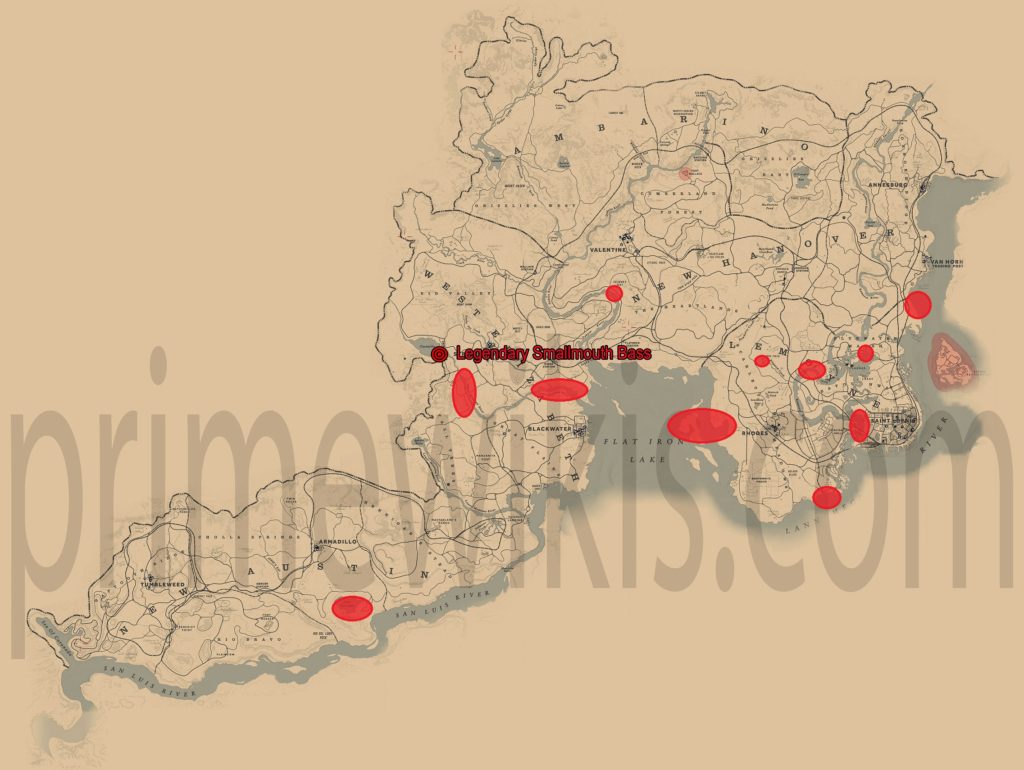 In Red Dead Redemption 2, this type of bass has two variations. The common one is smaller in size and weights between 4 and 6 lbs.

But, if you feel ready for a challenge you can start A Fisher of Fish mission and try to catch the Legendary Smallmouth Bass which has a weight of 22lbs 6oz.

The location of this unique specimen is also marked on our map.

Being a Flacky Fish, you can cook only 4 recipes from the meat of a Smallmouth Bass.

An accessible fish, the Smallmouth Bass can be captured using the standard fishing technique.

Cast your line after you equip the recommended bait, then press R2/RT at long intervals to attract the fish. Start reeling slowly and when your console’s controller starts to vibrate, press R2/RT.

Now that the fish is hooked, regularly push the left thumbstick down to raise your rod; and keep reeling when the fish is not fighting.

When the controller starts vibrating again, stop reeling but keep the rod up. 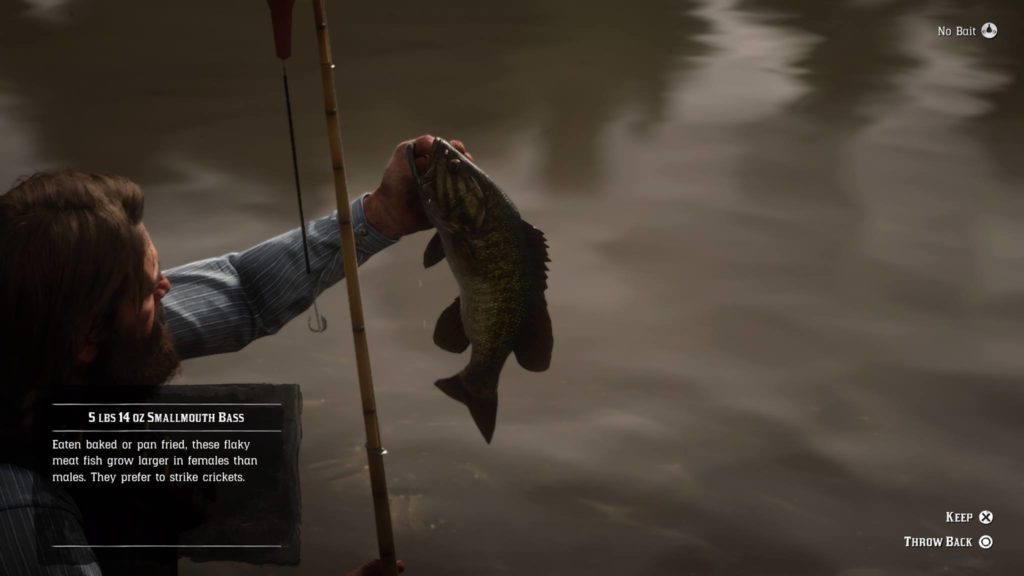 What’s the biggest Smallmouth Bass you managed to catch in Red Dead Redemption 2? Share your fishing experiences in the comments section or join us on  Facebook, Twitter, and Instagram for more gaming news, walkthroughs, and guides.