He’s British, of Course, is the first Red Dead Redemption 2 side-mission you should complete the moment you start Chapter 3 of the video game developed by Rockstar Studios.

This RDR2 Stranger Mission features multiple parts; however once you complete it, you’ll be able to find the Lion’s Paw which is a unique item you’ll need to craft the Lion’s Paw Trinket.

Red Dead Redemption II He’s British, of Course, is quite similar to another Stranger Mission named Geology for Beginners; but this time you won’t have to find any collectibles. Instead, you’ll have to hunt three exotic animals.

When you’re ready, head to the first location marked on our map below, to begin He’s British, of Course in RDR2. 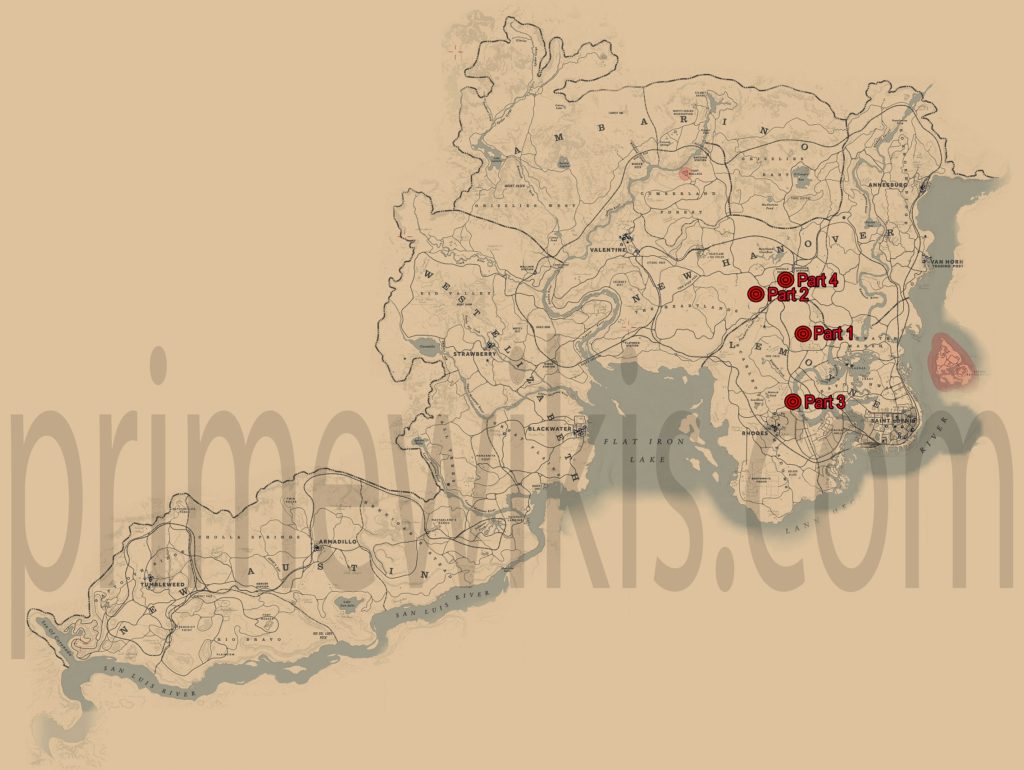 To begin this mission in the video game, first, you obviously have to find the stranger who needs your help. On our map above, you should see his location marked by Part 1. He is very close to Lonnie’s Shack, on the road as you can see in the picture below.

This stranger is quite hard to miss and he goes by the name of Margaret! He or she is also desperate because he lost three animals: a zebra, a tiger, and a lion. It’s your job Arthur to find these animals and bring them back to Margaret or his…her circus is out of business. 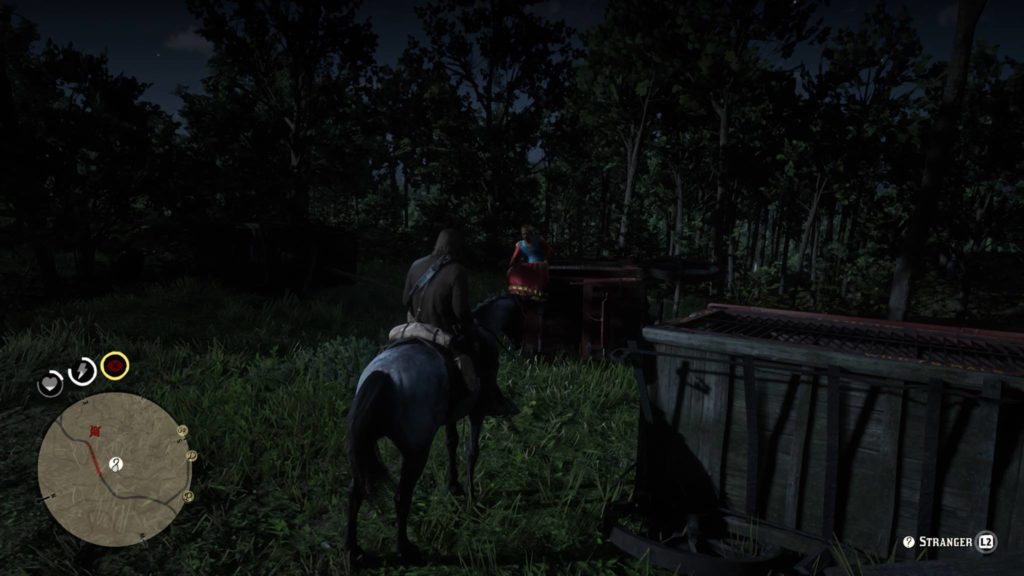 In the picture below you can see the missing zebra in Red Dead Redemption 2. 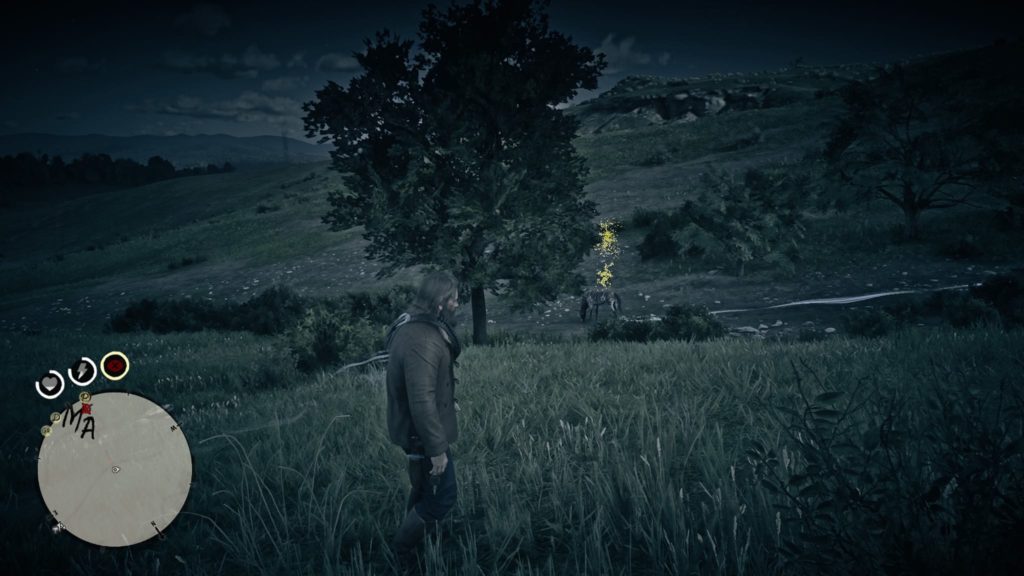 Now that you found the zebra is time to catch it. You can do this using your lasso, or you can approach the animal and calm it. Just as you do with a wild horse.

Did you know? If you study this animal, you’ll find out that it’s actually a mule.

Once you calm the zebra…or donkey, mount it and bring it back to Margaret. Although you won’t receive any reward just yet, you’ll unlock the next part of the mission.

He’s British, of Course, continues with Part III during which you have to find Margaret’s tiger handler. Check our map above, or your map and you should see that a new icon appeared north-east of Rhodes.

After you reach the said location you should see another stranger on a wagon. She’s Margaret assistant and if you talk to her she’ll show you the location where the missing tiger is.

Activate Arthur’s Eagle Eye again and follow the trail north, along the river, as pictured below. Several steps away, near a bush, you should see Margaret’s tiger, which is actually a dog. 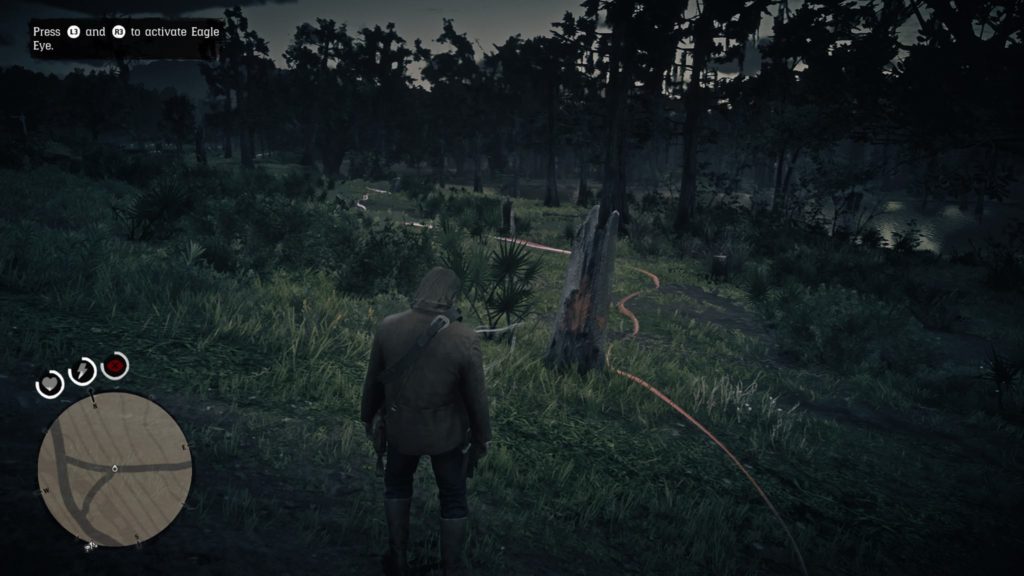 Put the dead dog into the wagon, then hide behind the log nearby, where the tiger handler took cover. Now, wait for the real tiger to appear, and to get inside the cage.

While crouched, move to the wagon and close the doors. Great job! 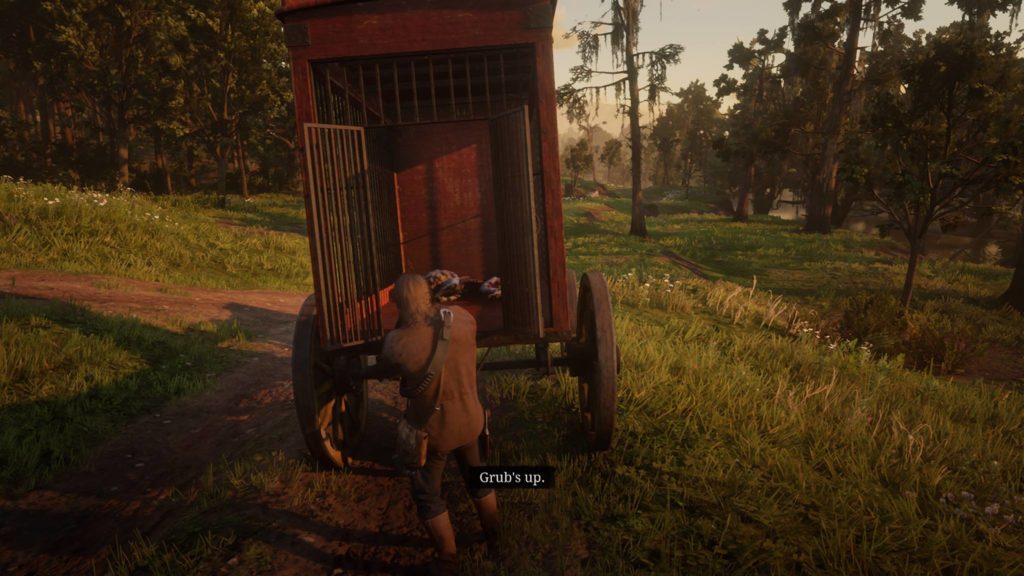 When the tiger is inside the cage, close the doors

Now it’s time to deliver Margaret’s tiger, so jump in the wagon and head back to the stranger. Once you arrive, you’ll finish the third part of the mission and unlock the next one.

As you can see on our map above, the fourth part of the mission takes place at the Emerald Ranch. More precisely at the barn. Make haste and check that location to find Margaret’s missing lion.

When you approach the barn pictured below, you should see 2 strangers holding the barn’s door. Get ready, because unlike the other two animals from Margaret’s menagerie, this one is a real lion. 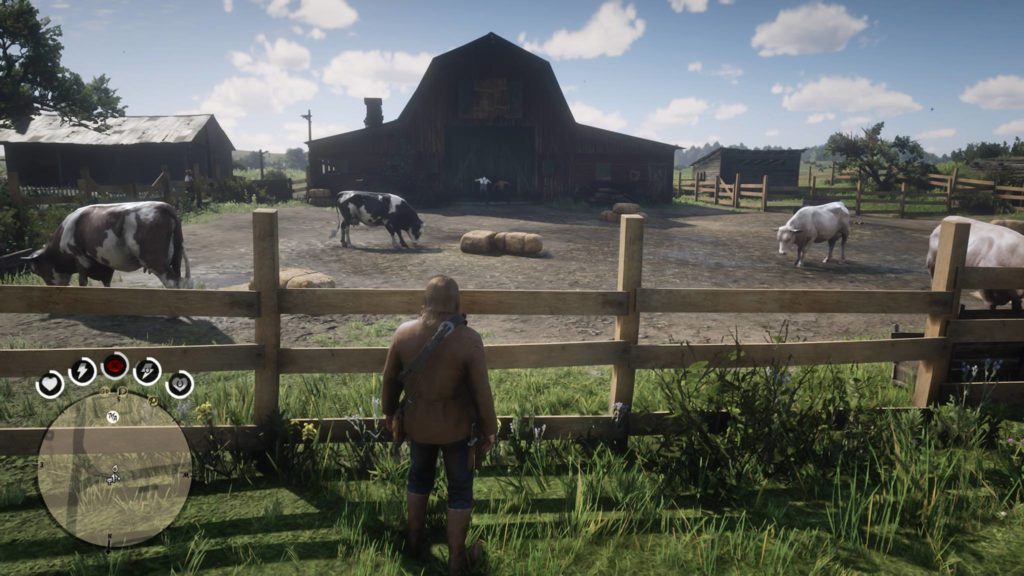 Approach the barn, and question the strangers; then get inside.

Once in the barn. check behind the wagon, the get outside to see that one of the strangers has been killed. It looks like Margaret’s dog is quite ferocious, right Arthur?

Activate Arthur’s Eagle Eye and check the stables across the road from your current location.  The moment you approach them, you trigger a short cutscene showing the missing lion. Quickly aim for the beast’s head and shoot several times to kill the lion.

Now, approach the dead lion and take your trophy, which is, in fact, the RDR2 Lion Paw we mentioned above. 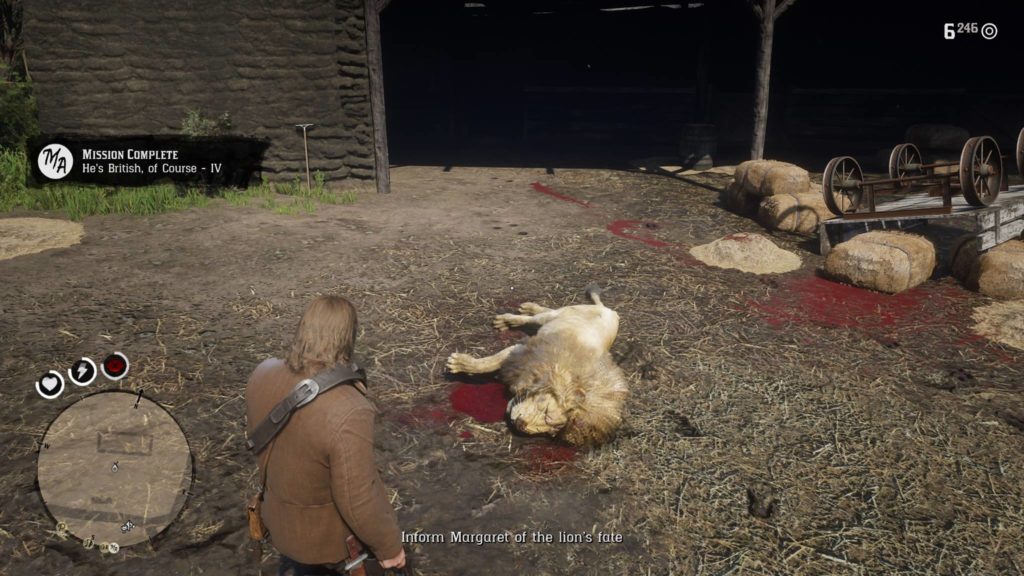 Do not leave the area without the Lion Paw

The mission concludes when you return to Margaret and inform him…her…about the lion you just killed. Obviously, the stranger will not be pleased that you killed the circus’ main attraction, but you’ll still receive your reward. An Emerald.