Death Stranding has been called a walking simulator from what we have seen so far and Hideo Kojima knows about that. He talked about the matter and mentioned that this is a different game and it will take time for people to understand and appreciate it.

He mentioned that in open-world games there are certain limitations. Developers use tricks to make the world seem bigger than it actually is but that is not the case with Death Stranding. You can go anywhere in the game. Here is what Kojima had to say regarding the matter:

Like, they created valleys where you can’t go. But in this game, you can go anywhere. You set routes, and you want to know what goes on beyond. In this game, I think you will not understand if I just say this, but once you start playing the game, just walking in that world is really fun. What I realized is, when I monitor playtests – even the staff’s – they don’t get it at first. But when they really start playing, just walking is really fun in the space.

From what we have seen in recent footage, there is a lot of walking and traversal through the different terrain and that is one of the reasons why people are calling Death Stranding a walking simulator but that does not seem to be all that the game is about according to Hideo Kojima. 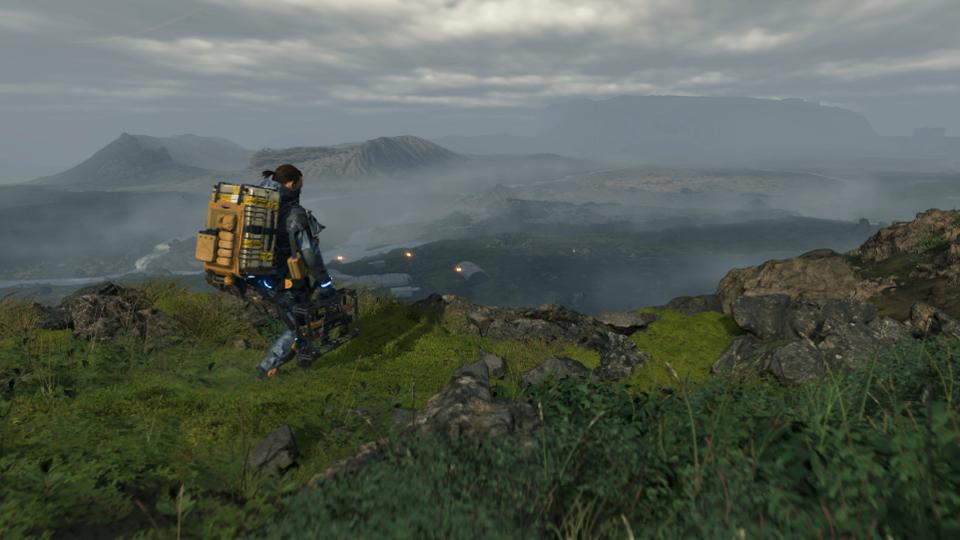 Kojima mentioned that he got similar responses when he was working on stealth games and that these things take time. He went on to mention the following regarding the matter:

And now everyone will say, ‘Oh, it’s a walking simulator! It’s the same as when I first brought out a stealth game. If 100 people play it and 100 people say it’s fun, it means the genre or the game already exists. But this is a new genre – same as stealth the first time, there will be people who don’t get it. It will take time for the real evaluations to come in.

All this is very interesting indeed. The game is around the corner and is coming to PS4 on November 8th so we will find out what fans think about it and what the game is really all about. Other than that, there are reports that the game could be coming to PC but there is nothing concrete that we have at this time. Stay tuned for more information regarding the matter.

In more news regarding the game, Kojima himself has admitted that even he does not fully understand the game and Troy Baker has claimed that Death Stranding is going to be a statement.

Let us know what you think about Hideo Kojima’s response to people calling Death Stranding a walking simulator and whether or not you are interested in playing the game when it comes out.

Death Stranding Is Related To Trump, America And The European Union
September 18, 2019

Death Stranding Is Going To Be A Statement Says Troy Baker
July 31, 2019