Patches is a fan favorite NPC that has made appearances in a number of FromtSoftware games. He has a complete questline that you can miss in Elden Ring. In this Elden Ring guide, we are going to go over where you can find Patches and complete his questline.

You can find patches in Murkwater Cave. This is very close to where you first start off in Elden Ring. Head into the cave and open up the chest to summon Patches. This is going to be a boss fight but you do not have to beat Patches. 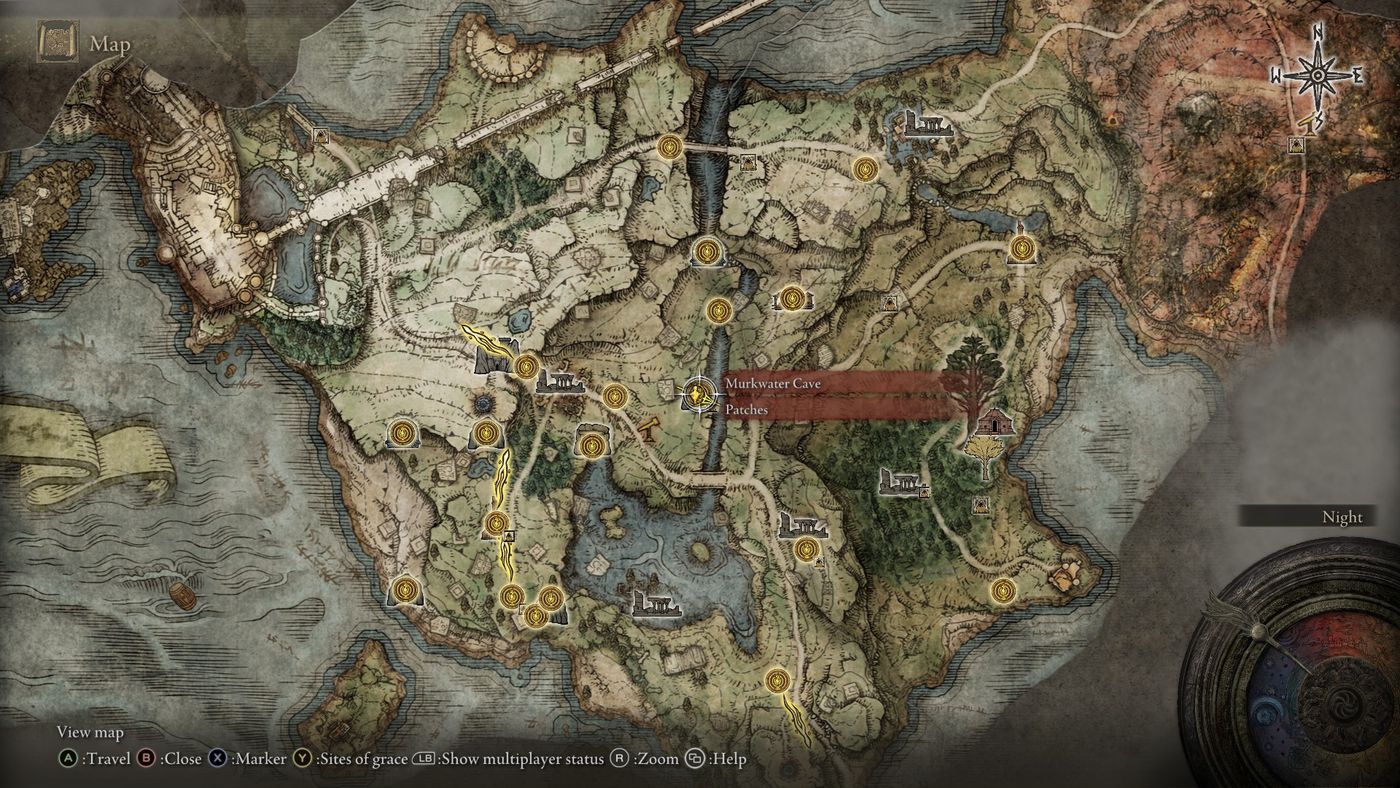 Damage him until he gets to around half health. Then he will surrender. At this point, you do not want to attack him. Talk to him instead and you will be able to buy items from him. 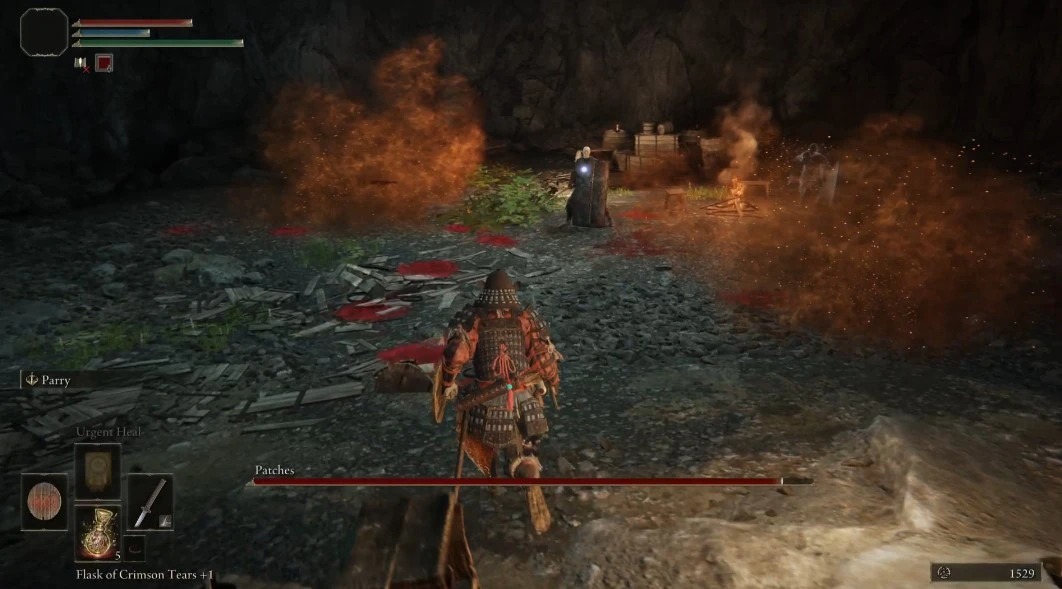 Once you have exhausted his dialogues, you need to reload the area and head back here again. Use the teleporter chest to get to East Limgrave. Come back to the cave and talk to Patches.

After that, you can meet Patches at the Scenic Isle site of grace south of Raya Lucaria Academy. This is optional and you do not have to complete this step in order to progress the questline. At Raya Lucaria, you can take the water wheel all the way down and have the Abductor Virgin swallow you in order to be teleported to the Volcano Manor. You can then proceed to Mt. Gelmir and follow the rainbow stones. These are both optional as well.

You do need to head over to Volcano Manor and talk to Patches sitting in the hallway. You then need to complete an assassination for Lady Tanith and then talk to Patches to get the letter to kill Great Horned Tragoth.

To progress the quest, you need to defeat the Magma Wyrm Makar in the Ruin-Strewn Precipice and then summon Tragoth. Defeat him to get his armor. Head back to Patches and talk to him until he gives you the Magma Whip Candlestick.

To progress further you need to complete the Volcano Manor questline and defeat Rykard, Lord of Blasphemy. Once he is down, you need to talk to Patches outside the Elemer of the Briar boss room in the Shaded Castle. You will be rewarded with the Dancer’s Castanets.

Next, you need to take the Dancer’s Castanets to Tanith, who you will find in the Rykard boss room. Now, you need to head back to Murkwater Cave and find Patches. You will need to fight him again. He will surrender just like before and open up his shop to you.

This is how you can complete the Patches questline in Elden Ring. If you are interested in learning more then you can check out our guide on the best builds for the Prophet class.

How To Complete White-Faced Varre Questline In Elden Ring
April 12, 2022

How To Complete Boc The Seamster Questline In Elden Ring
April 13, 2022

How To Complete The Nepheli Questline In Elden Ring
April 21, 2022

How To Complete Questline For Roderika In Elden Ring
April 14, 2022