Juzo Mido is the boss that you encounter once you have beaten Blade Bearer and Cannoneer. This is not an optional boss so you will have to beat Juzo Mido in order to progress Code Vein. In this Code Vein guide, we are going to go over all of Juzo Mido’s attacks and how you can counter them.

How To Beat Juzo Mido In Code Vein

Mido can be found in the Crypt Spire. This is the boss that you encounter after Blade Bearer and Cannoneer. The boss is resistant to blood, elemental and poison. It also cannot be stunned. We recommend using  Hephaestus Inhibit Resistance, Inhibit Removal or Anti-Inhibi for this encounter as the boss’s attacks build up inhibit over time.

The boss can deal a lot of damage with his sword. If he staggers you and hits you a second time then chances are that you are going to die. The following are the moves that the boss is going to use against you and how you can counter them.

Mido’s arm is going to go red and he will swing at you. You can dodge forward and hit him.

He will swing his sword down. You can dodge to either side in order to counter this attack.

The boss will swing his sword horizontally. You can either dodge forward or back.

The boss is going to charge forward and try to thrust his sword into you. You can dodge in either direction and then attack him.

The boss is going to swing his sword in the shape of an X. This will create a fast blood aftershock that is going to come after you. You can dodge forward and then try and stay behind him. 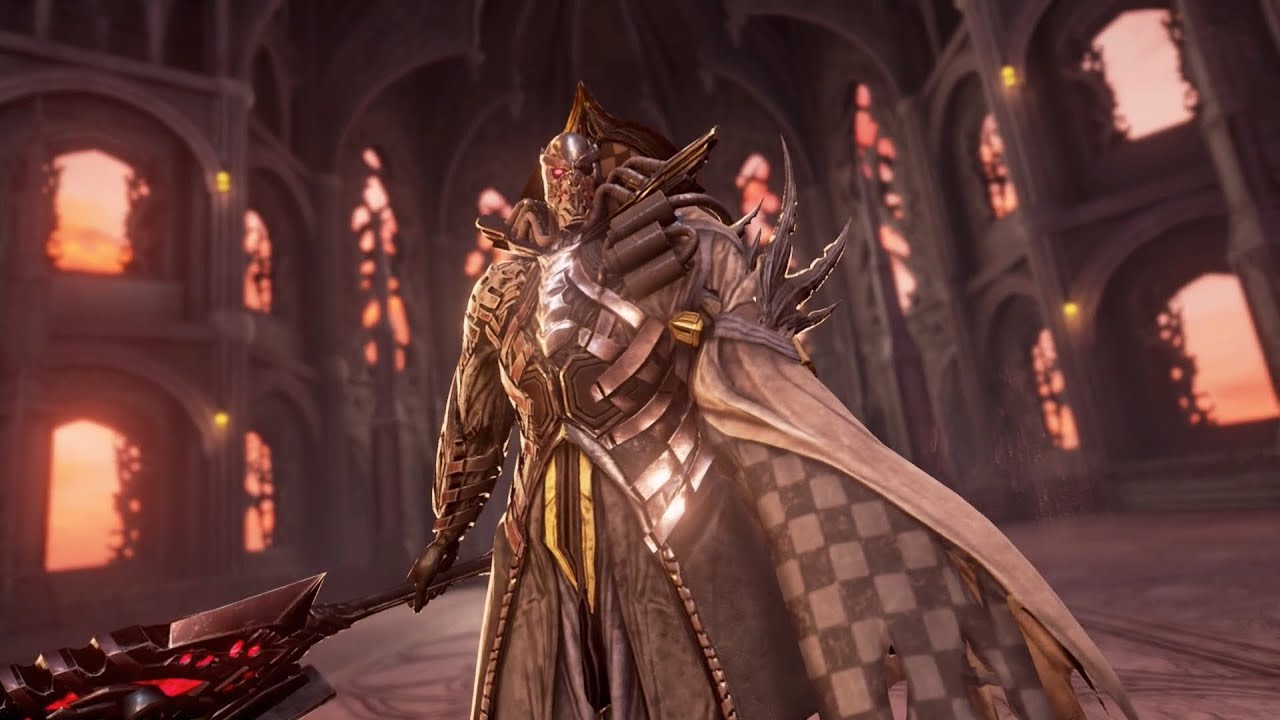 The boss is going to summon a slow-moving orb. As the attack is slow you can easily dodge it. You can take this opportunity to land a few hits and do some damage.

Mido will make a bullet out of blood that tracks you. You will not be able to dodge this move easily. Try to stay near the boss and roll away when the bullet comes close.

In the second phase of the fight, his strong attacks will become even more powerful. He might be able to one-shot you if you are not careful. The boss can use all the attacks mentioned above. The new attacks that he can use against you in the second phase are as follows.

Black orbs will spawn around you. After a while, two orbs will turn red. They will combine and explode. This process is going to repeat itself. While all this is happening, try to stay away from the boss and focus on the orbs. When they turn red, you need to dodge in order to avoid the explosion.

Mido will pull his weapon back and charge. A trail of explosions will follow. You need to dodge forward in order to avoid damage and explosions.

That is all for our Code Vein Juzo Mido Guide. If you are interested in learning more about the game then you can check out our guide on how you can get the true ending in Code Vein.

Code Vein Gifts Guide: How To Acquire, Use And Transfer Gifts
May 21, 2020