How To Beat Argent Wolf Berserker In Code Vein

Argent Wolf Berserker can be found in the Cathedral of the Sacred Blood or Provisional Government Center. The boss has a couple of moves that you need to know about. The following are all the moves of this boss and how you can counter them.

The boss will case a big AoE magic attack under your feel. In order to avoid this move, you need to roll twice in any direction. If you are far enough then you can roll towards the boss and damage him.

This attack has a long-range and the boss will try to attack you twice from each side. In order to avoid this move, you need to dodge backward twice and wait for the move to finish. 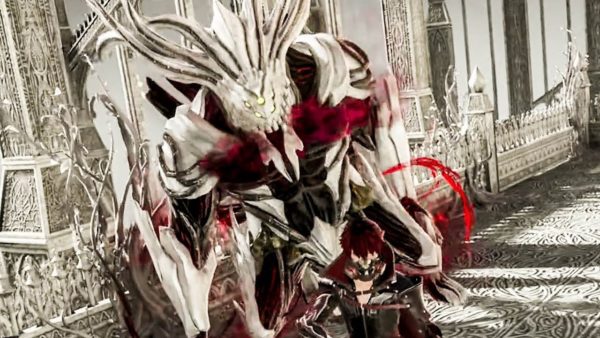 Double Hit Attack From Above

The Argent Wolf Berserker boss will try to hit you with a very powerful combo from above. He will then turn to your direction for the second attack. In order to dodge this attack, you need to roll in either side and then repeat the same for the second attack. You can dodge towards the enemy in order to place yourself behind him and deal some damage while you have an open window.

Double Hit Attack From Below

The boss will try to attack you from below and then try to attack you again from the right. To counter this move, you can roll right for the first hit and then roll forward for the second attack. Try to get behind him in order to punish him.

That is all for our Code Vein Argent Wolf Berserker boss guide. If you are interested in learning more about the game then you can check out our guide on all the different weapons in the game.