Power cells have a really important role in Horizon Zero Dawn. They are something through which you can get your hands on a really powerful armor, called the Shield Weave armor. Now, this armor is not an ordinary one. Once you acquire it, the armor will form a protective barrier around Aloy which will block the majority of the attacks easily. In other words, it is the best armor you can get in the game as it will protect you from strong enemies.

Unlocking the Shield Weave armor will require you to collect five power cells. All five of them are placed at different locations across the map. Some of them will be available at the beginning of the game, while the rest of them will be available as you progress through the story. Although it may be somewhat difficult and time-consuming to collect the power cells, the reward that comes with it is worth it.

Horizon Zero Dawn Power Cell Locations – Where can you find them? 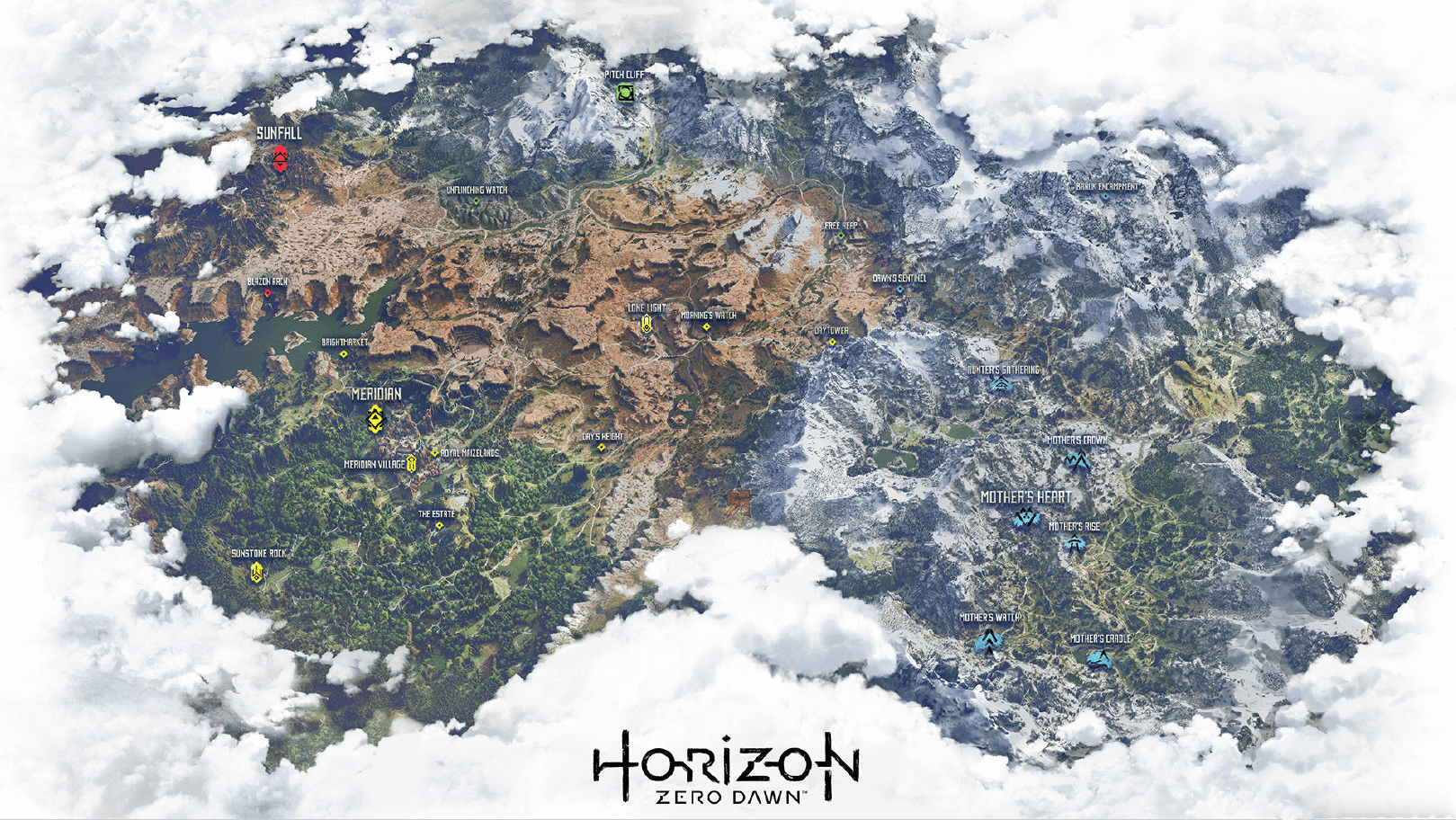 To make things easier for you, we have decided to explain how you can easily find all five power cells. Just follow whatever we say, and you will get your hands on the strong armor in no time.

The first power cell is the easiest one to find as you can collect it at the beginning. At the start of the game, you will play as young Aloy where you will have to make your way through an underground abandoned tech-facility.

However, as soon as you start playing as the grown-up Aloy, you will have to head back there. Once you’ve reached the location, you will have to make your way through the area. Keep going forward until you come across a doorway which will be blocked by some stalactites.

No need to worry about them as you can simply destroy them using your spear. Once done, you will be able to find the first power cell on the other side of the doorway.

The second power cell can be found during the “Womb of the Mountain” quest. For those who don’t know, this quest will be available once you complete “The Proving.” During the Womb of the Mountain, you will find yourself on All-Mother Mountain with all your gear missing.

Once you get up, you will have to look for your gear. Surprisingly, the second power cell is also in the very same room as your gear. Instead of following Teersa, go straight forward once you’ve collected all your missing gear.

You will then come across a locked bunker door. From there you will have to turn to the left and look down. Afterward, crawl through the tunnel that you will see to grab the second power cell. 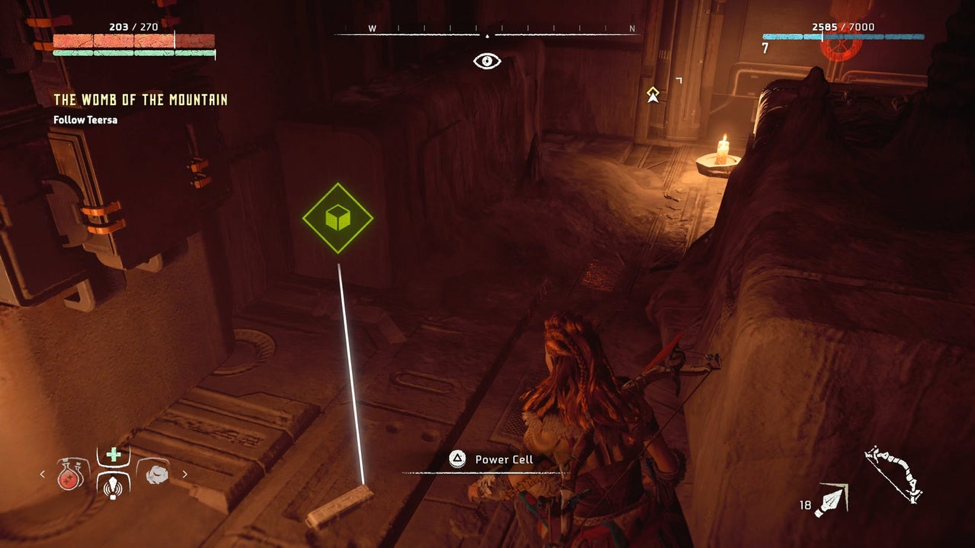 In the “Maker’s End” quest, the one during which Aloy will learn about the origins of The Machines, you will be able to find the third power cell.

Once you’ve completed your journey to the Maker End’s ruins, you will then have to head towards Faro’s office. To do that, simply go outside and follow the way up to the top. There will be climbing involved, but the handholds will help you out with that. After you reach the top, rush towards the east end of the office where the third power cell will be waiting for you.

Just like the second and the third power cell, the fourth one is also found during a main story quest. Basically, in “The Grave-Hoard” quest, you will come across three lock puzzles. In order to unlock some ancient bunker doors, you will have to solve all three of them.

Just like the second and the third power cell, the fourth one is also found during the main story quest. Basically, in “The Grave-Hoard” quest, you will come across three lock puzzles. To unlock some ancient bunker doors, you will have to solve all three of them. 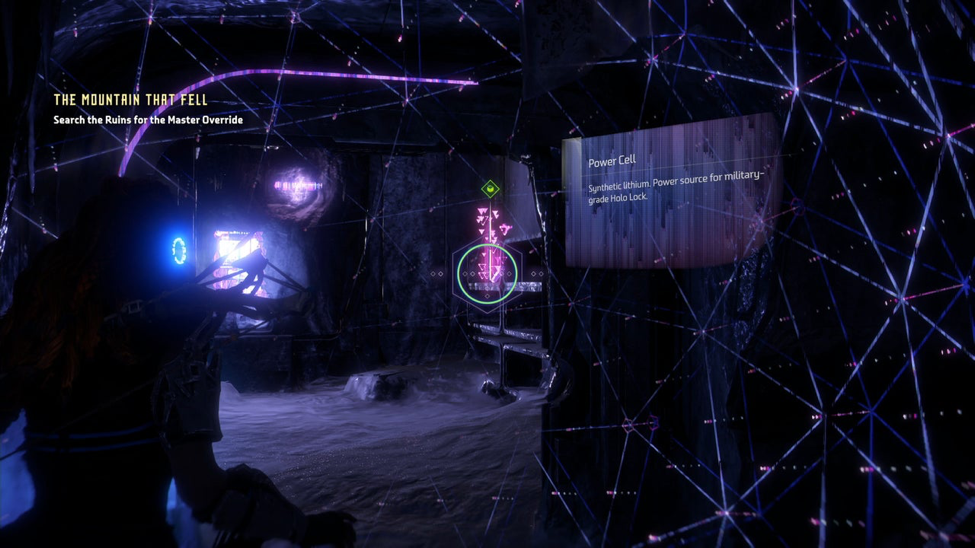 What’s Next After Collecting Power Cells?

You’ve collected all five power cells? That’s great. However, it doesn’t end there. To get your hands on the Shield Weave armor, you will have to make your way back to the ruins where you found it. Once you have reached the location, place two power cells in the empty beakers and a puzzle will appear.

After you solve the first puzzle, you will be granted access to the main room of the Armory. There you will have to solve another puzzle. Finally, once you solve the second puzzle, a treasure box will appear which will contain the Shield Weave armor that you’ve worked so hard for.