Upgrading your weapons is a mechanic most commonly found in ARPGs. While some of these are relatively easy, others require you to venture to the edges of the universe to locate rare components like the Spinal Core Section.

The Spinal Core Section is generally used to create Mutagens, Weapon Pods, and Barrels. While its uses belong to a specific niche, you will need a decent quantity of it in order to progress through an ARPG like Warframe.

Having said that, the Spinal Core Section isn’t easy to farm. Therefore, it’s always better to formulate a strategy rather than having a blind go at it.

In this guide, we will be taking a deep dive into Spinal Core farming methods and everything else you need to know about the item.

What Is The Spinal Core Section? The Spinal Core Section – just like most items in Warframe – is a crafting material that can be used to craft various Mutagens, Barrels, and Weapon Pods. While you won’t be doing anything else with the said item, the components it can produce are nothing to scoff at.

Having said that, the spinal core section is generally categorized into Fish Part Resources and is quite famous for its hellish farming difficulty in the Warframe community.

How To Gather Spinal Core Sections?

The Spinal Core Sections are essentially present in Deimos – which is a moon of Mars. Since there is an Infestation power struggle there, you will generally find Infested Fish more than the non-infested ones out there.

Since the main method of obtaining Spinal Cord Sections is by catching certain kinds of these fish, you will need to have your fishing gear with you at all times. Once caught, the fish can then be exchanged with the Daughter for Spinal Core Sections.

Essentially, there are only two kinds of fish that can actually yield the Spinal Core Section once they’re done being cut up by the daughter. Since both of them are relatively difficult to find in bulk, you will be spending a decent amount of time on Demios from here onwards. The Chondricord is one of the few uncorrupted variants of fish left in the Cambion Drift. It’s generally found in cave biomes and can be traded for the Spinal Core Section.

With that being said, you can expect the following to drop out of a Chondricord (depending on the catch quality): Unlike the uncorrupted Chondricord, the Vitreospina belongs to the infested-Orokin type. It is a hybrid fish that tends to roam around the surface of Cambion Drift.

Since it has an uncommon rarity, you will have to search deep and wide into the cave biome in order to find them. Luckily, they’re still pretty easy to come by as long as you know where to look for them.

With that being said, here are the resources that can be obtained from a Vitreospina:

How To Catch Fish in Warframe?

The Fishing mechanic can be used through a fishing pole item. While there is a multitude of those in Warframe, you will be essentially looking to use the following spears for maximum efficiency. The Spari Spear is used to effectively pierce the Infested exocrine on the fish in the Cambion Drift. This ability allows it to catch most kinds of Infested Fish underwater without needing any extra steps.

With that being said, this spear is generally available for purchase in the Daughter’s wares. You will have to pay a small fee of 500 standings – after which, its price depreciates to 10 standings.

Thus, it’s not really meant to be sold after use, especially if you want to continue catching infested fish according to the requirements up ahead. Much like the Spari Spear the Ebisu is also a spear tailor-made for catching fish in the Cambion Drift. It costs a total of 5000 standings and can be purchased from the Daughter in the exact same way.

Unfortunately, you need to have the rank of Associate in the Entrati syndicate in order to unlock it. Therefore, it’s generally unlocked much later than the Spari Spear.

Along with the ability to catch Infested fish, it can also null the fish’s senses, thereby causing them to ignore missed throws instead of scurrying away. Thus, it’s generally deemed as the best spear for catching the Chondricord and Vitreospina.

How To See The Fish In Cambion Drift?

You need to see the fish in order to aim the spear at it. Otherwise, it will be similar to throwing blind darts towards nowhere. Having said that, there are two major ways to have these fish in plain view. The Luminous Dye – as the name suggests, is a luminous compound that can be used to dye the liquid to make all the blue fish inside emit a fluorescent hue. Since the fish inside will essentially be glowing, it’ll become pretty easy to spot them regardless of the terrain.

Needless to say, the Luminous Dye can only show the existence of a fish in the area. Thus, you won’t be able to identify the type just by looking. But since fishing costs virtually nothing in Warframe, you can always catch everything to identify later. Unlike the Dye, the Oxylus is a complete companion with its own health, shield, and armor. It’s a support-type companion and features a wide assortment of scan and reckon-based abilities.

By using it, you can essentially scan the area for any aquatic life forms. Consequently, the Scan Matter ability also does the same but on a much larger scale. Having said that, each and every Oxylus ability can aid you during your fishing adventures.

While this is a much more costly venture as compared to the Dye, the Oxylus is generally considered better since it’s not a one-time use companion. With that out of the way, you will be acquiring the Blueprint for Oxylus from Business in Fortuna for a whopping 20,000 standings.

Once you have the Blueprint in your grasp, simply collect the following materials in order to create the companion:

You need to have the Scan Aquatic Lifeforms mod equipped in order to make the most out of it. \

Yes, there are a lot of modifiers that can be purchased in Warframe to skew the spawn RNG in your favor. For fishing, Warframe offers residues that perform the mentioned task for a set period of time.

While they’re not strictly required for fishing, it’s still better to have them if you’re trying to farm as much as possible while spending the minimum amount of effort.

With that out of the way, let’s take a look at the best residues for Chondricord and Vitreospina below: The Vome Residue can be acquired as soon as the Fass kills Vome in the Cambion Drift. This can be identifiable by looking for small blue zones in the area. Simply head there and collect as much residue as needed.

Consequently, you can still find Vome Residue on the map as long as you stay in the Cambion Drift for a certain amount of time. However, this residue will be much lesser in quantity but will do the job just fine.

This Residue will act as bait to attract Chondricord and several kinds of fish. While it cannot be considered a cheat card, it still works pretty effectively. The Fass residue is an alter-product that is created whenever Vome is the one that kills Fass in the Cambion Drift. The Fass residue is quite similar in nature to the Vome Residue. Therefore, you can expect to still encounter Fass Residue even when it is alive, albeit in lower quantities.

Once the Fass Residue is active on the map, you’ll be able to see small quantities of orange sludge-filled zones in the Cambion Drift. While they’re pretty easy to identify, it’ll take some time in extracting the Fass residue out of them.

Once you’ve obtained the residue, it can then be used to attract Vitreospina along with other fish types. Simply catch them according to their appearances, and you’ll have a pretty easy Spinal Core Section farming experience.

What Are The Best Warframes For Fishing?

While fishing does not have any specific limitations when it comes to Warframes, you can still try to maximize your yield by using utility-based Warframes. Similar to the residue, this step is not really necessary but can help boose your catch if you’re trying to get a plethora of Spinal Core Sections in a small amount of time.

Having said that, the best Warframes for fishing are mentioned below: 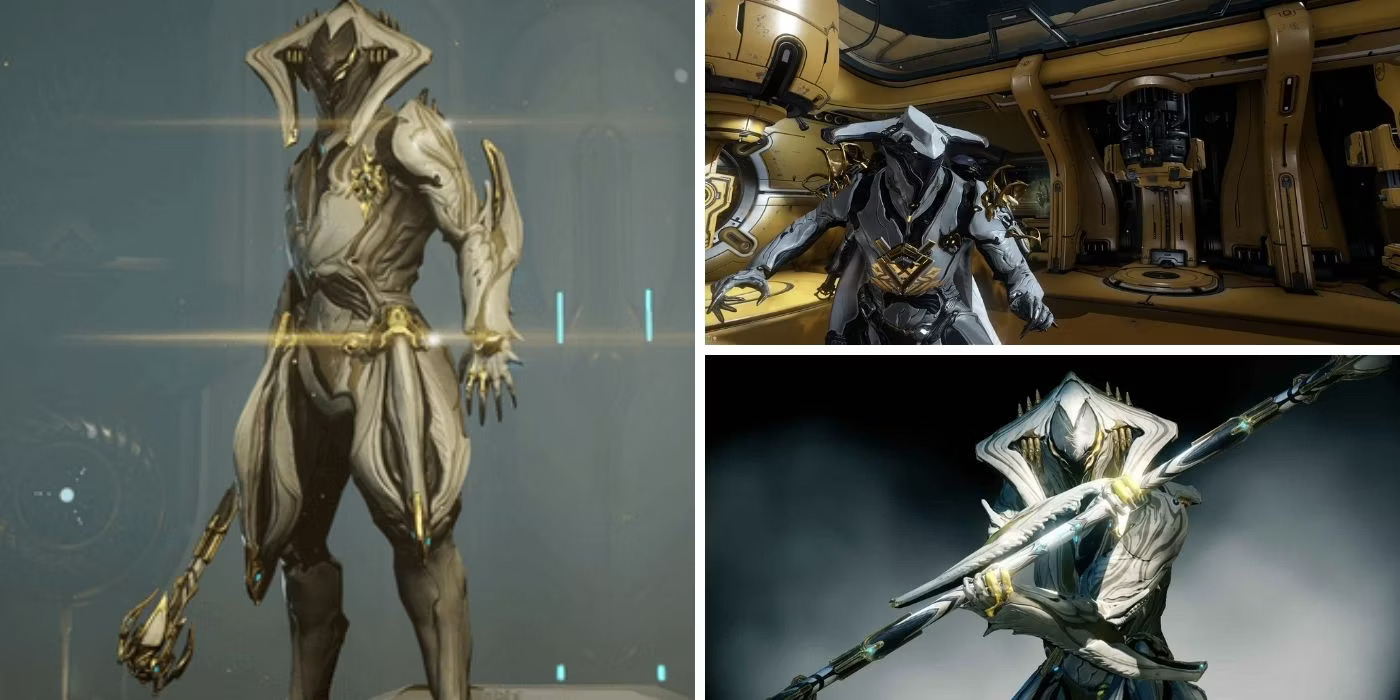 Loki is a jester-based Warframe that is well-versed in the art of trickery and deceiving. He’s pretty fast when it comes to relocating and can go undetected through his ability.

While his vision is muffled in the said state, it is your safest bet for fishing in the Cambion Drift since his invisibility duration can be pretty long. 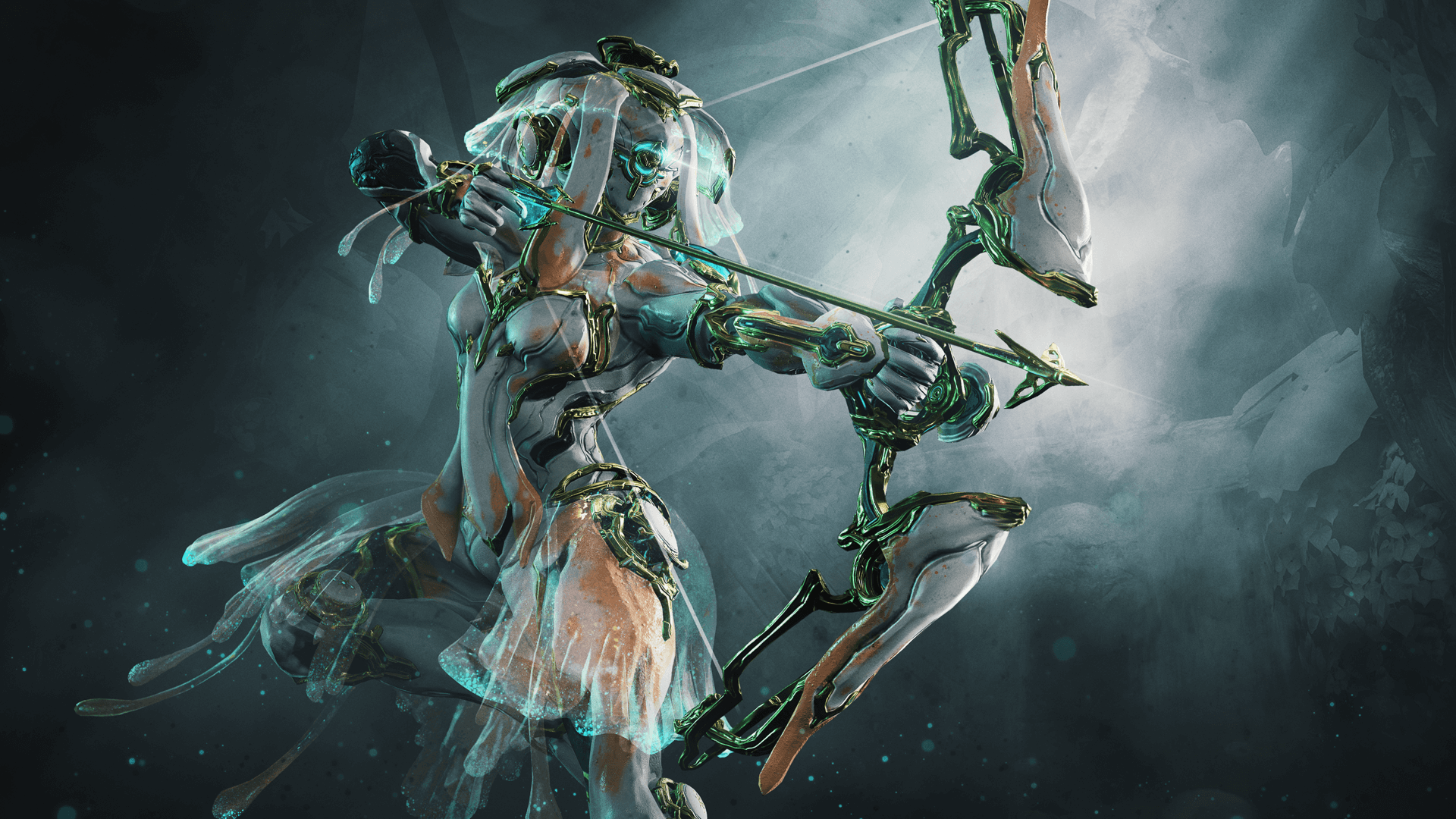 Ivara is a stealth-based ranger that is well known for her crafty assassination-based abilities. Similar to Loki, but much more deadly in nature, she can be the perfect tool to be used in stealth-based missions.

Her stealth ability allows her to stay hidden as long as her efficiency allows it. While her sense is not muffled, her invisibility can easily break by performing certain maneuvers.

Once you’ve equipped your residues, spears, and identifiers, it’s finally time to head to the fishing grounds. While you could technically fish wherever you want in the Cambion Drift, it’s recommended that you head to Albrecht’s Prospect instead.

It’s quite easy to farm there even if you don’t have the best gear and resources with you at hand. Consequently, the fish quantity in Albrecht’s Prospect is quite dense, so you’ll be able to farm at your heart’s content.

You simply need to throw out the bait and wait for the fish to start swimming toward you. If you’re using stealth-based abilities, then the fish won’t run away even if you miss. Therefore, you just need to head to the Daughter and choose the Cut Fish option in order to get Spinal Core Section.

All in all, you will only be needing around 105 Spinal Core Sections to obtain every related item in the game. Therefore, it’s not really worth catching more than you need. But since the fish give more than just one item, you can either choose to continue depending on your luck or you can focus on bulk catches to maximize your yield instead.

Assassin’s Creed Valhalla Wrath of the Druids Into the Fog Guide
May 19, 2021

Assassin’s Creed Valhalla Heron Beaks Guide: How To Get
November 28, 2020

Legend of Zelda Skyward Sword HD Rupees Guide: How To Get
July 20, 2021

How To Get Castle Dimitrescu Dungeon Treasure In Resident Evil Village
May 10, 2021