Liyue is an extremely obscure state when it comes to Genshin Impact’s regions. However, that very state holds certain secrets that possess the power to flip the game on its head. Dreaming to be the wielder of Primordial Jade Winged Spear is always a common occurrence.

The Primordial Jade Winged Spear is a polearm that boasts a 5-star rarity. Its Ascension can cause it to become a menace in fights. However, the base attack isn’t the only thing the weapon has going well. Rather, its passive is strong enough to melt most tanks as well.

Having said that, the Primordial Jade Winged Spear is a weapon capable of slaying ancient beasts. However, procuring it can be tough due to the insane RNG. While it does make sense, investing in obtaining it is always worthwhile. 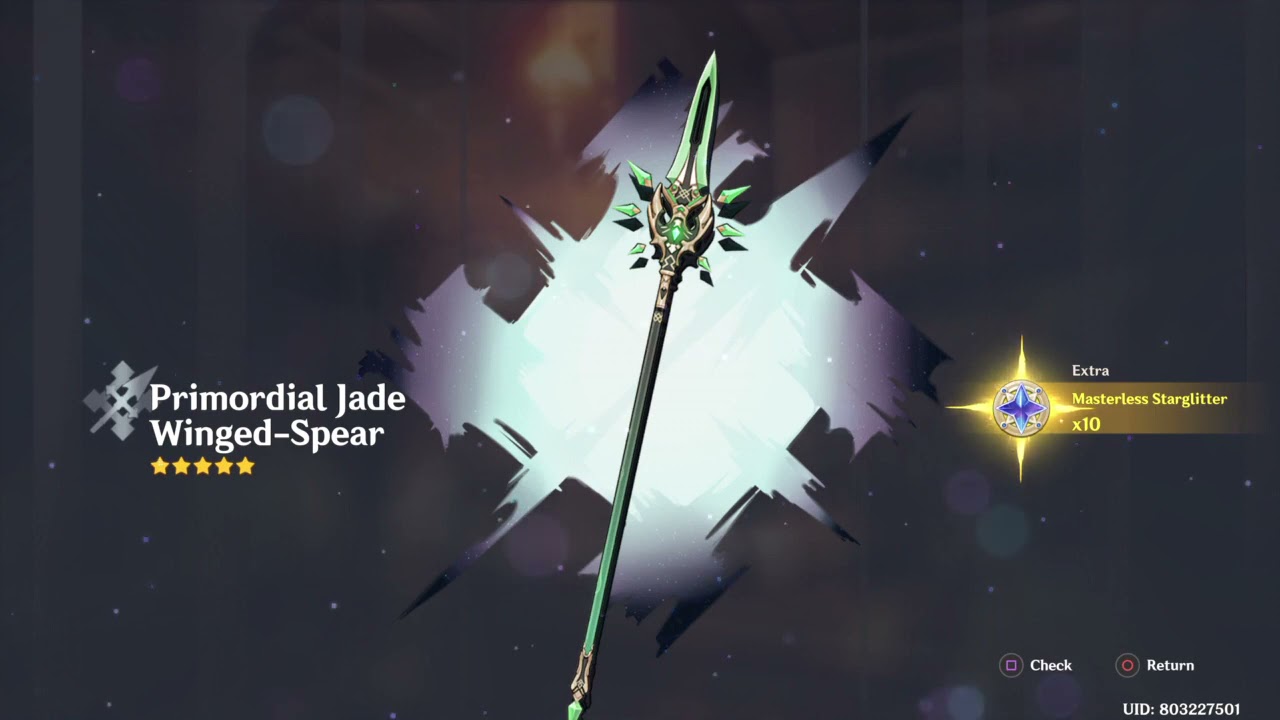 The Primordial Jade Winged Spear has a passive called Eagle Speak of Justice that essentially enables you to increase your on-hit weapon damage by attacking and hitting enemies. This effect can stack up to 7 times, thereby allowing you to melt tanky opponents.

With that said, the Weapon Refinement for these kinds of weapons often turns out to be costly. However, the bonuses in return make it worth the cost. On that note, here is how the general Weapon Refinement path looks:

The increase in attack lasts for 6 seconds and can only occur once every 0.3 seconds. Therefore, it’s not possible to instantly stack it using split-second combos.

How Strong Is The Primordial Jade Winged Spear?

In terms of hierarchy, the Primordial Jade Winge Spear is considered the strongest weapon amongst all the polearms. While the niche cases might have different rankings, the stacking damage makes it extremely fun to play.

The weapon’s on-hit effect can be triggered by channeling any of the following:

Unfortunately, you only get one stack even if the polearm manages to land on multiple enemies. Consequently, it is also possible to continue/ maintain the stacking even if the skill doesn’t deal damage. 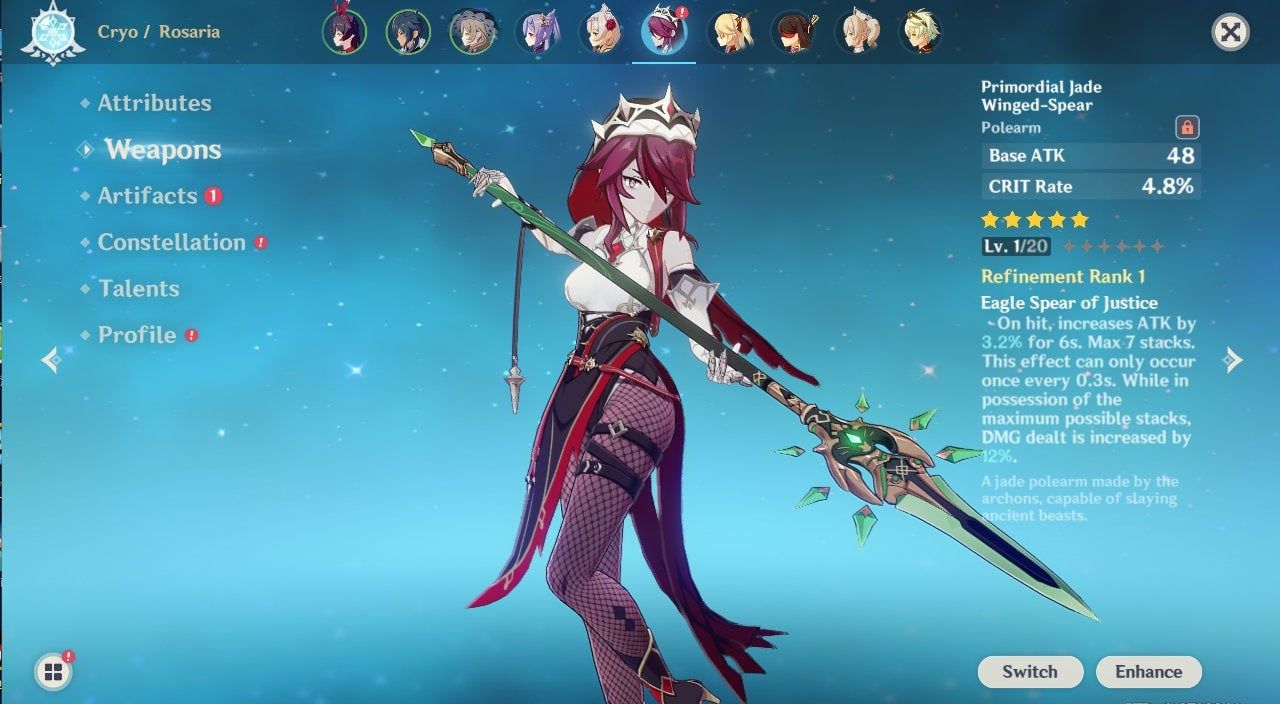 The Primordial Jade Winged Spear can reach a 6-star ranking given that you have enough materials to facilitate the jump. Since it’s an extremely strong polearm, you can always expect the cost to be worthwhile.

That being said, here is the total cost for ascending the Primordial Jade Winged Spear from 1-Star to 6-Star:

The weapon will be able to dish out variable damage depending on its Ascension Phase. Having said that, here are the distinct changes that will occur with each ascension.

The base phase is between levels 1 to 20. It is generally used in the extreme early portions of the game (given you have sourced the weapon). At this phase, your base Attack Damage will be around 48 at level 1 and will bump all the way to 133 at level 20.

Consequently, your crit rate will also experience a boost from 2.8% to 8.5%, thereby making you stronger with each level up.

Unlike the previous phases, this one only covers 10 levels. Therefore, you will be essentially only jumping from level 40 to level 50 while reaching 341 attack damage from 292 AD. Similarly, the critical hit will bump to 14.3% from the previously mentioned 12.4%.

Phase 3 of the Ascension pathway brings out a level limit to 60, thereby allowing the weapon to reach a max AD of 423 at level 60. Your critical hit rate will boost to 16.2%. That being said, the ascension upgrades will begin to be costly from this point onwards.

The Ascension Phase 4 promises another +10 increase in maximum levels. Your weapon will have 455 AD at level 60, which will later bump to 506 at level 70. Similarly, the crit rate will also jump another 2% to reach 18.2%.

Coming to the second last phase in the series, your attack damage will jump from 537 to 590 in the span of level 70 to level 80 respectively. As for the critical strike, you can expect a steady bump to 20.1%.

As you might’ve guessed by now, a weapon cannot reach maximum crit through ascension alone.

The final stage brings us to a maximum level cap of 90. You can expect to reach 674 attack damage from an initial AD of 621. Consequently, your crit rate will boost to 22.1%. From this point onwards, it’s better to invest in your items instead, since they are widely neglected despite having so much potential to make you grow. 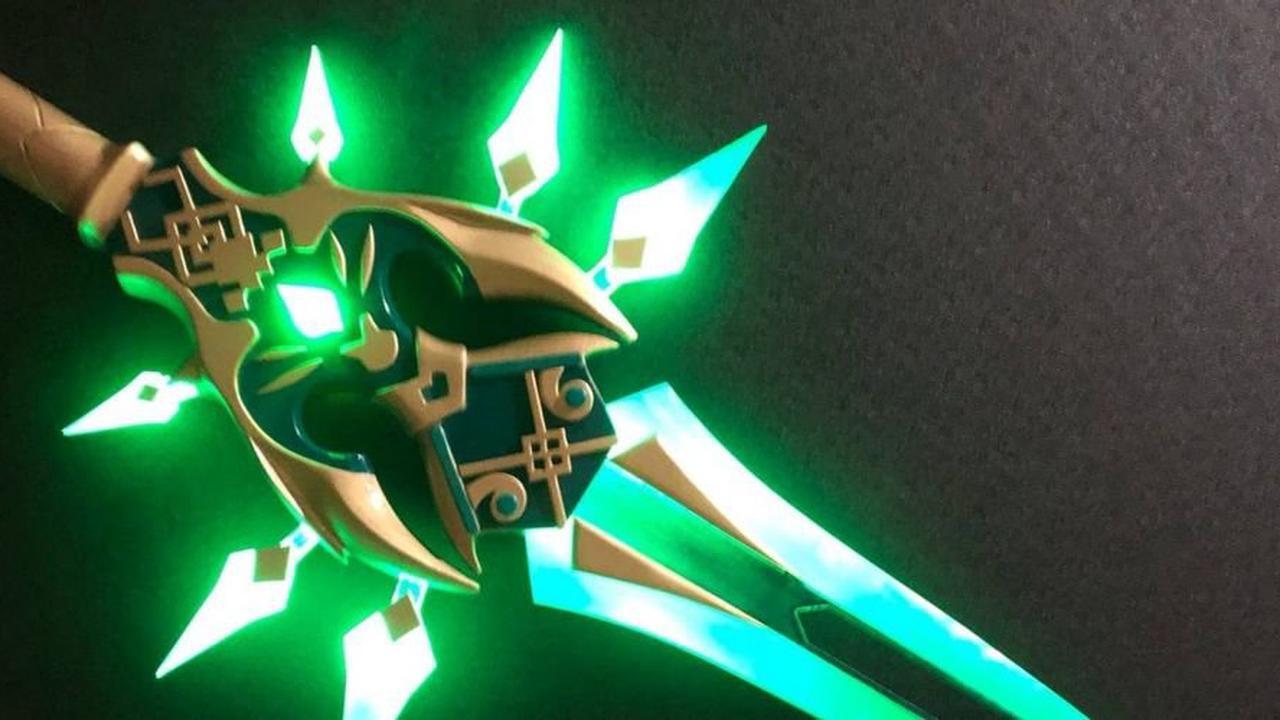 Unfortunately, there is no way to just go out and purchase the Primordial Jade Winged Spear yet. Therefore, you would have to make an exorbitant amount of rolls in the gacha in hopes of obtaining it. While the method might seem unfair, it’s the primary source of revenue for miHoYo.

That being said, the Primordial Jade Winged Spear can primarily be obtained from the following gachas:

These wishes contain two promotions 5 Star weapons along with the other featured weapons. Since these weapons have an increased probability, you will have a fairly decent chance of obtaining the Primordial Jade Winged Spear – given that it appears in the said gacha.

The Wanderlust Invocation is the regular gacha that stays indefinitely. Since everything can be obtained from this gacha, the chances of obtaining the Primordial Jade Winged Spear are close to zero.

However, that does not mean that you can’t get extremely lucky for once, so do give it a few tries if you have sufficient resources to spare.

In essence, the Primordial Jade Winged Spear is a great polearm that contains enough destructive damage to be the main DPS weapon for most carries. While you can theoretically implement a defensive playstyle, it’s advisable that you don’t, since the weapon relies on stacking damage.