An additional 7 SHD Tech Caches are located in the West Potomac Park area of Tom Clancy’s The Division 2, the game developed by Massive Entertainment for PS4, Xbox One, and PC.

The Division 2 West Potomac Park SHD Tech Caches include SHD Tech Points that allow you to unlock new Perks and to upgrade your agent’s Skills at the Base of Operation.

We suggest collecting them after you find those in Federal Triangle, East Mall, and Southwest.

Once you get all seven, check with Coop Dennison at the White House and spend the SHD Tech Points to improve your agent by upgrading the skills or by purchasing new perks.

The following map shows all The Division 2 SHD Tech Caches in the West Potomac Park area.

The first Division 2 West Potomac Park SHD Tech Cache on our map is a little bit trickier. You can notice that it’s located southeast of Washington Monument Control Point.

When you get to this location you’ll find a Souvenirs Shop, which is most likely locked.

Once you get inside, head to the basement to find the Tech Cache near some bunkbeds (pictured). After you get it strategically, loot every container in the basement as you’ll find weapon boxes as well as other crates with various Crafting Materials including Steel, Ceramics, and even Titanium. 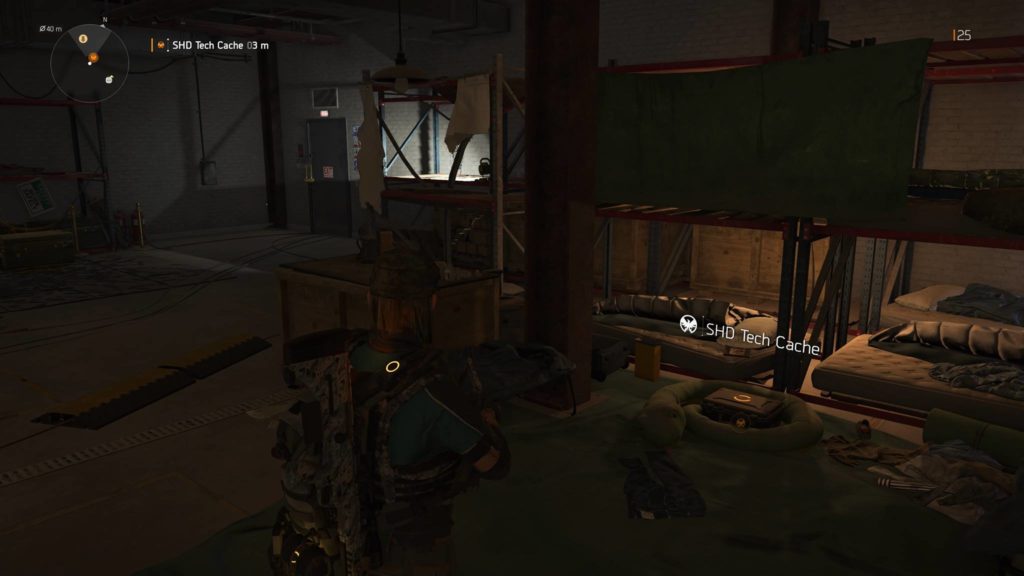 The second Division 2 SHD Tech Cache in West Potomac Park is even trickier than the first one.

Located north-east from the same Control Point this cache is inside a small fortified yard. Once you get there, no matter how much you’ll try you won’t be able to get inside because of the fence surrounding the area. The gate is also closed from the inside.

Make sure you find a climbing spot right below the Tech Cache. Now, try to spot the padlock on the door (see below) and shoot it. 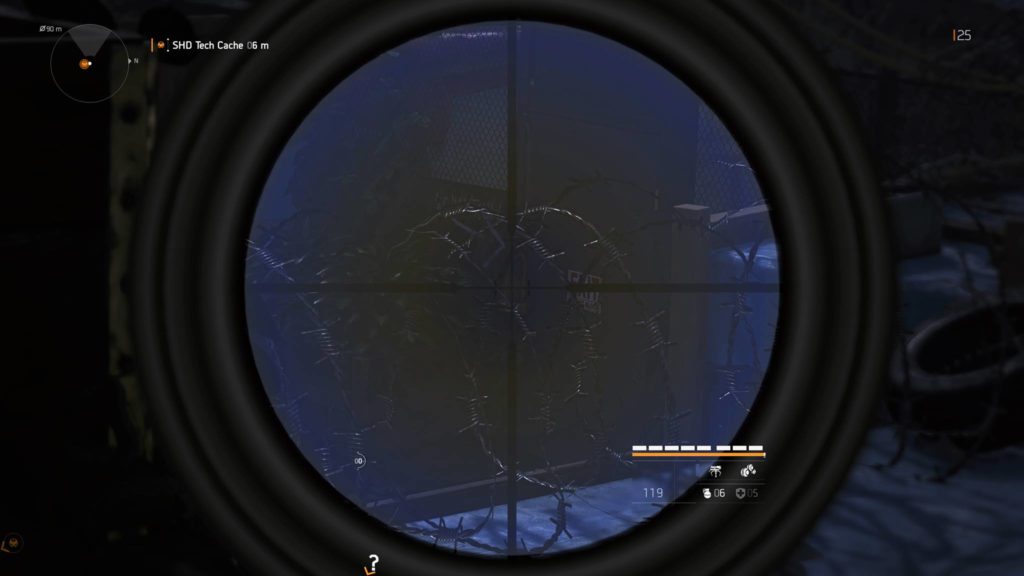 Descend and go around (left) until you find a wooden fence. Jump over it an open the locked metal door. Now, head to the roof of the small building where the Tech Cache awaits. 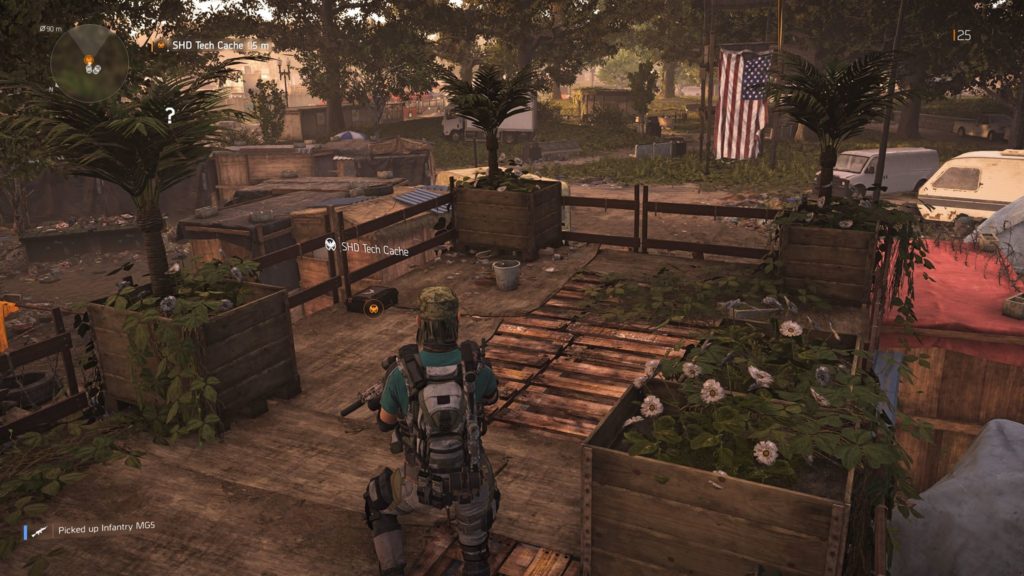 West of Flooded Levee Control Point, in another enclosed area, it the next SHD Cache.

Again, you’ll have to shoot a padlock which allows you to open the door. You can do this by climbing on the toilets, on the right side of the said gate.

Alternatively, you can get inside by climbing on one of the vans near the fence.

Once inside get the cache in front of the door. 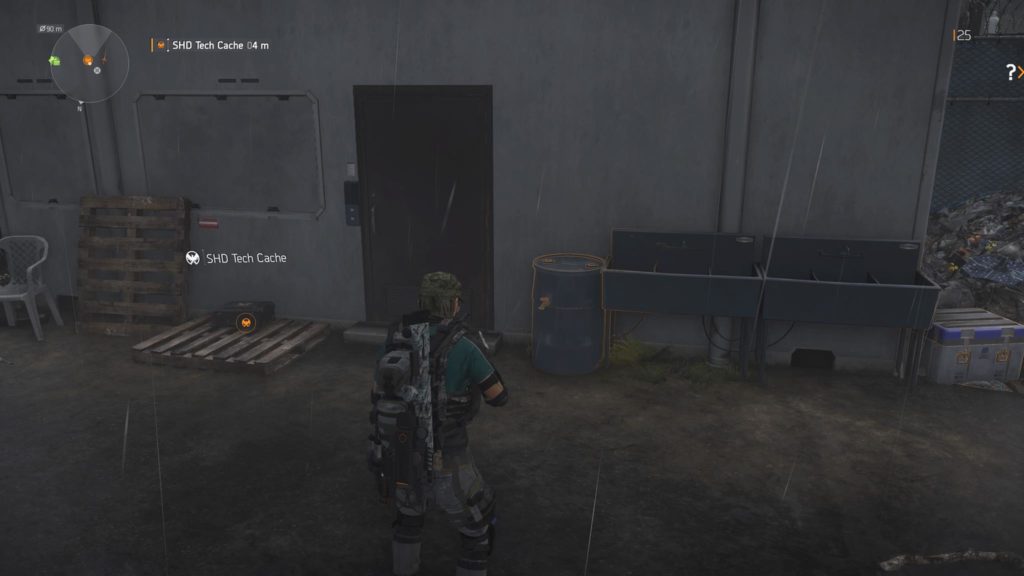 The next Tech Cache is again located inside a fenced area. It’s quite easy to get inside.

Shoot the padlock and retrieve the cache on the other side, sitting on a table. In this small yard is also the Black Tusk Cache, for which you’ll need the Black Tusk Key. 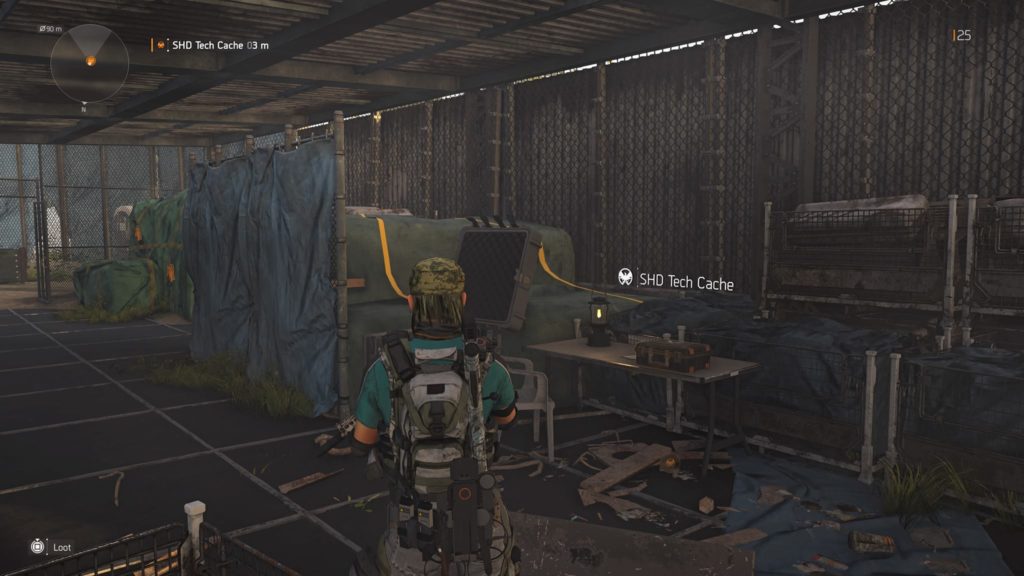 This cache; however is in an underground tunnel. Look for an entrance south from the cache’s location, descend into the tunnel and keep following the tracker.

You’ll go through a door on the left side, then you’ll have to reach the lowest floor.

The cache is inside an enclosed area protected by another padlock you can shoot. 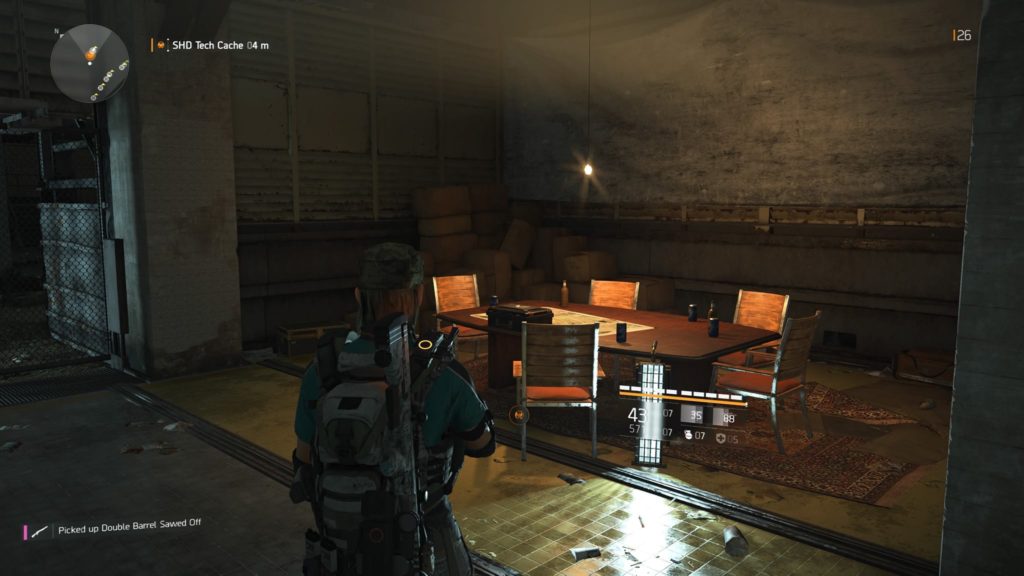 Also in an underground area, the next SHD Tech Cache can be found sitting in a room by a blue generator and the corpse of a female.

To get inside, next to the cache’s location on your map, you should see an underground entrance. Simply descend and follow the tracker to locate it.

Take your time and investigate the area. 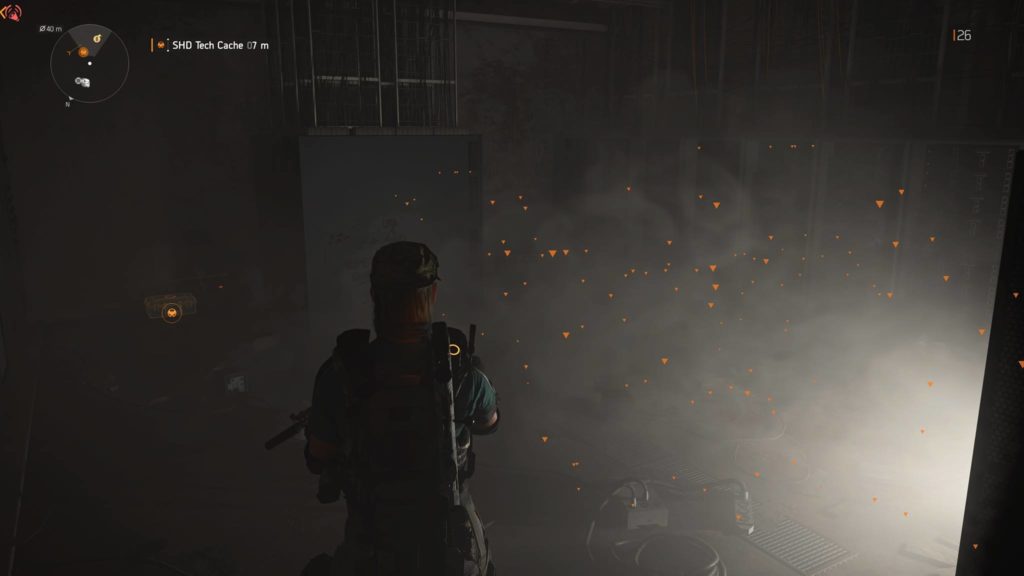 The last SHD Tech Cache on our map is also in an enclosed area. You should see it just in front of a barrack.

To get inside, shoot the padlock on the metal door near the said barrack. You can do this through the fence.

Get inside and pick up the Tech Cache to complete this area. Next, you should head to Constitution Hall. 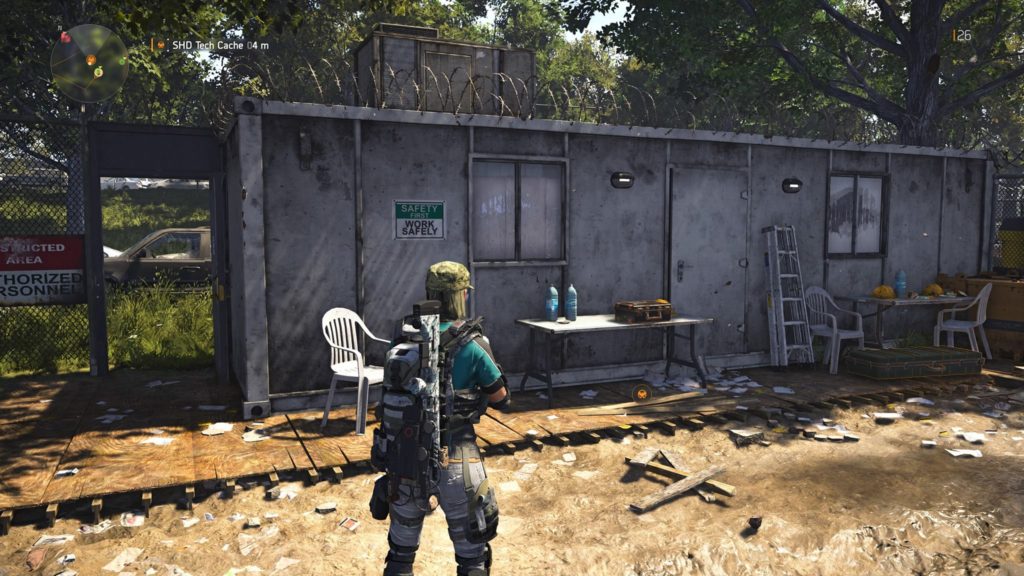 Have you found all West Potomac Park SHD Tech Caches in Division 2? If you have questions drop them in the comments section and feel free to check our Division 2 Wiki Hub for similar guides.

Last but not least, let us know your opinions on Tom Clancy’s The Division 2 in the Review Section or read other players’ Division 2 Reviews, and don’t forget to follow us on Facebook, Twitter, and Instagram where we discuss only the best video games out there.