Ceramics are also Crafting Materials featured in Tom Clancy’s The Division 2, the latest video game developed by Massive Entertainment for PlayStation 4, Xbox One and PC.

The Ceramics in Division 2 are used at the Crafting Station in association with other materials. Unlike the Carbon Fiber, this material can also be obtained from the Gear you dismantle.

Bullet impact carries great force and can be very hard to stop.

Modern protective plating is often constructed to shatter the bullet on impact instead of blocking it.

To limit the force that the user is subjected to, the plating is also designed to crack and fracture.

This produces shrapnel that can be caught by ballistic fibers behind the plate.”

Here are several methods to get this material in Division 2.

You can get Ceramics by killing enemies from the Outcasts Faction. Although this faction doesn’t have a specific location, you’ll most likely encounter them mid-game.

They are led by Emeline Shaw and most Suicide Bombers are Outcasts. Furthermore, some enemies belonging to this faction, drop Titanium.

Looting as many containers as you can while exploring  Washington D.C is another way to get Ceramics.

Pay attention to the environment when playing the game’s missions or while in free-roam and always check the Supply Rooms you unlock at  Control Points.

Here is a crate containing Ceramics. 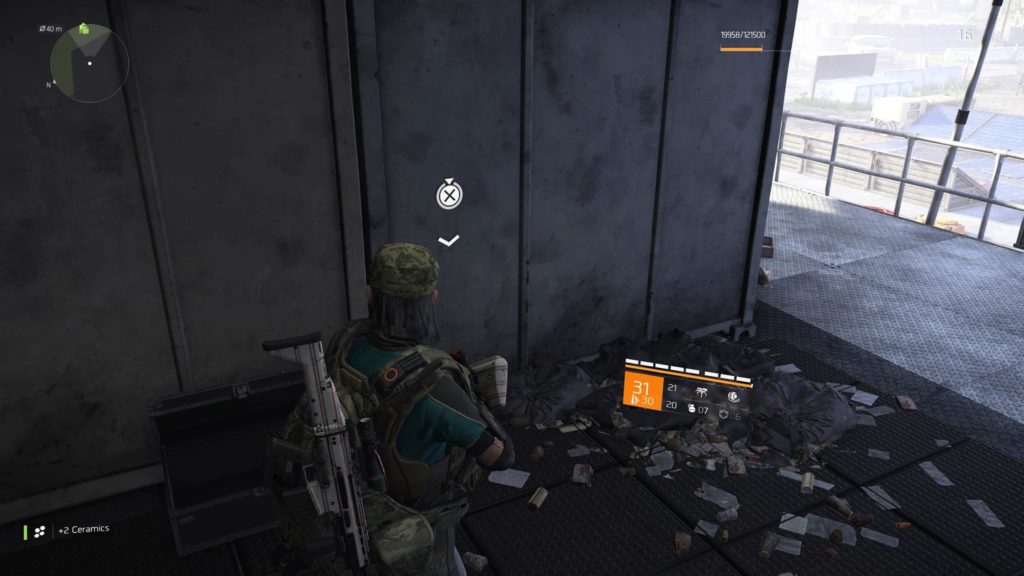 Alternatively, you can get more Ceramics from the Ubisoft Club Store. This material is included in the Standard Material Pack you can redeem in exchange for 20 Ubisoft Club Points.

It contains only 30 Ceramics, but it also includes 30  Polycarbonate and 30 Steel. Only one pack can be purchased per account. 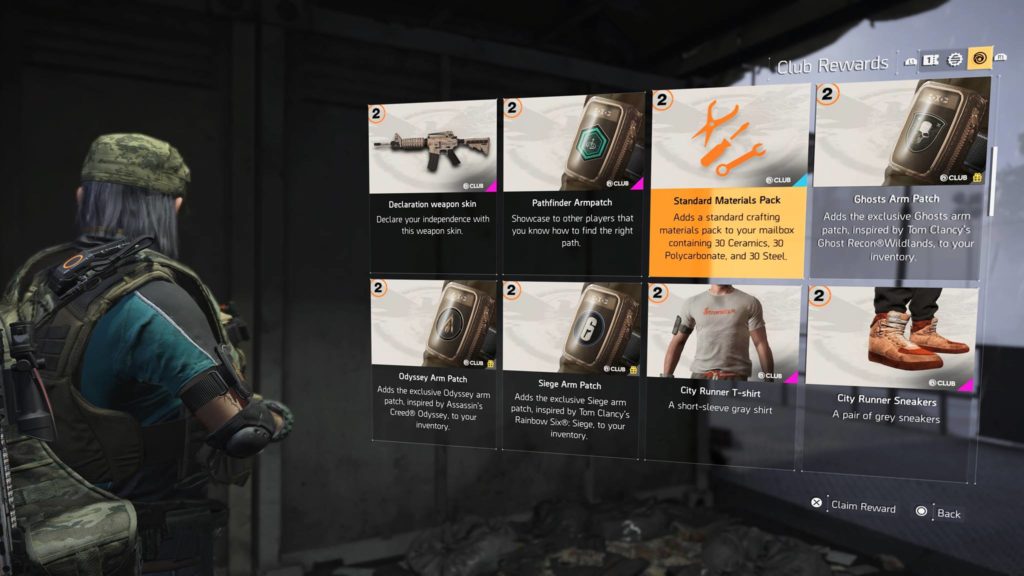 In Tom Clancy’s Division 2, you can also get Ceramics by dismantling Gear. In the picture below you can see the amount of Ceramics received after deconstructing a blue Chest Armor.

To increase the amount you receive for each dismantled piece of Gear, you should consider unlocking and leveling up the Deconstruction Perk. 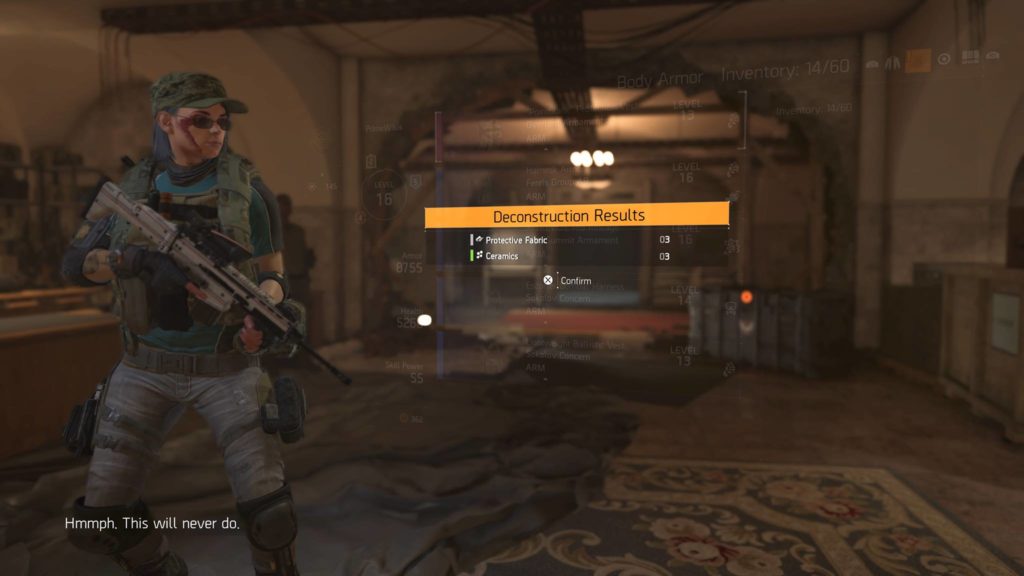 How to Use Ceramics In Division 2

Once you get this material you can use it at the Crafting Station. Fast Travel to the White House and find Inaya al-Khaliq.

The Ceramics is required to craft most Gear; however, you’ll also need it to complete Projects. Specifically, the following Division 2 Projects require Ceramics.

In the following picture, you can see that an Improvised Body Armor requires 8 Ceramics. 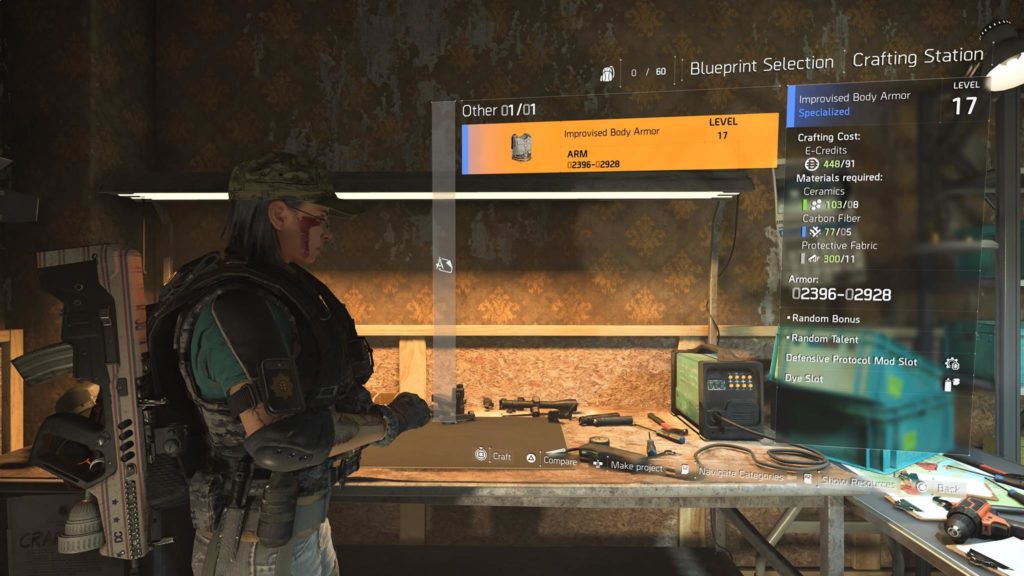 Keep in mind that you can’t carry more than 300 Ceramics units at once. The maximum amount is reached after you purchase the Crafting Material 3 Perk.

Found a better location to get Ceramics in The Division 2? Feel free to share it with other Agents in the comments section below.