Receiving newer updates on a regular basis has always been the staple of Genshin Impact. The never-ending battle has only become more interesting with the introduction of momentum discs. However, breaking them can be a chore for a beginner, here’s why:

The best way of destroying momentum discs is by using the Wind-Blessed Harpastum. Launching the harpastum will do just fine while allowing you to gain stacks of momentum. This can be extremely pivotal in combatting formidable enemies.

Needless to say, the momentum discs are much more than simple momentum breakers. This is mainly due to the recent introduction of the mechanic. Therefore, learning as you go is the best way of wielding this power to perfection.

What is The Never-Ending Battle? 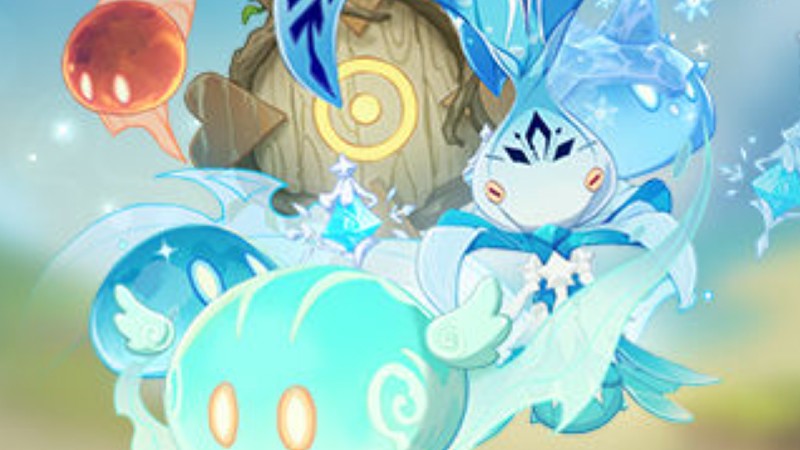 As the name suggests, the never-ending battle is a near-endless assault of enemy waves that must be defeated under a set time limit. While the battle features no external restrictions, it can still be extremely difficult if you don’t know the proper how-to of the momentum disc breaker.

Having said that, here is the general flow of events in the Never-Ending Battle:

The never-ending battle is all about attaining high scores. Therefore, the higher the difficulty is, the bigger the score multiplier will be. Luckily, choosing this difficulty is completely under your control as the option becomes visible before starting the event.

Consequently, the difficulty also dictates the number of momentum discs that will descend on the battlefield for you to break.

As mentioned, there will be hordes of never-ending enemies. Therefore, the more you defeat, the better your end score will be. Since the horde is essentially limitless, there is no cap on the score you can attain.

The instance will end as soon as the time limit passes or every single one of your team members and you die in-game. The challenge relies on momentum, so the more you have the better it is for your high score and ease of battle.

How Does Momentum Work in Genshin Impact? The Momentum is a blessing in the never-ending event that essentially allows you to attain a plethora of buffs that increase or decay with time. The more momentum you possess, the stronger the buffs are.

Essentially, there are three levels of momentum in Genshin Impact. However, the bar will only fill up if either Berserker Opponents or Momentum Discs are destroyed. Since the effect stacks up, you need to keep the combo up as much as possible in order to attain a high score.

During this battle of life and death, the momentum discs will spawn at random locations. Since the battlefield is not that big, you will have ample knowledge of their whereabouts. However, normal attacks or combos won’t work since you need a special weapon to seal the deal.

Utilize the Wind-Blessed Harpasea in order to destroy the momentum discs. While other attacks might not work, the said weapon is tailor-made for this purpose. Therefore, there shouldn’t be any resistance from the discs themselves.

Having said that, you will be able to gain a significant boost in momentum whenever you destroy a momentum disc, which will help stack up that meter the fastest. The Wind-Blessed Harpastum is a weapon/ gadget that essentially allows you to destroy the Momentum Discs. While you will be able to automatically obtain it at some point in the game, it is also possible to go through the manual route.

In case you don’t have Wind-Blessed Harpastum, consider completing the Summer Gift quest. You will have to head to the Golden Apple Archipelago in order to initiate this world quest.

However, you will only be able to play it if you haven’t already obtained the Harpastum. Therefore, there is no real merit in going for it otherwise. The quest is only present to ensure that every player gets a decent chance in obtaining the Harpastum.

Having said that, here is what you need to do in the Summer Gift quest:

Once the conversation is over, you will be able to obtain the Wind Blessed Harpastum. 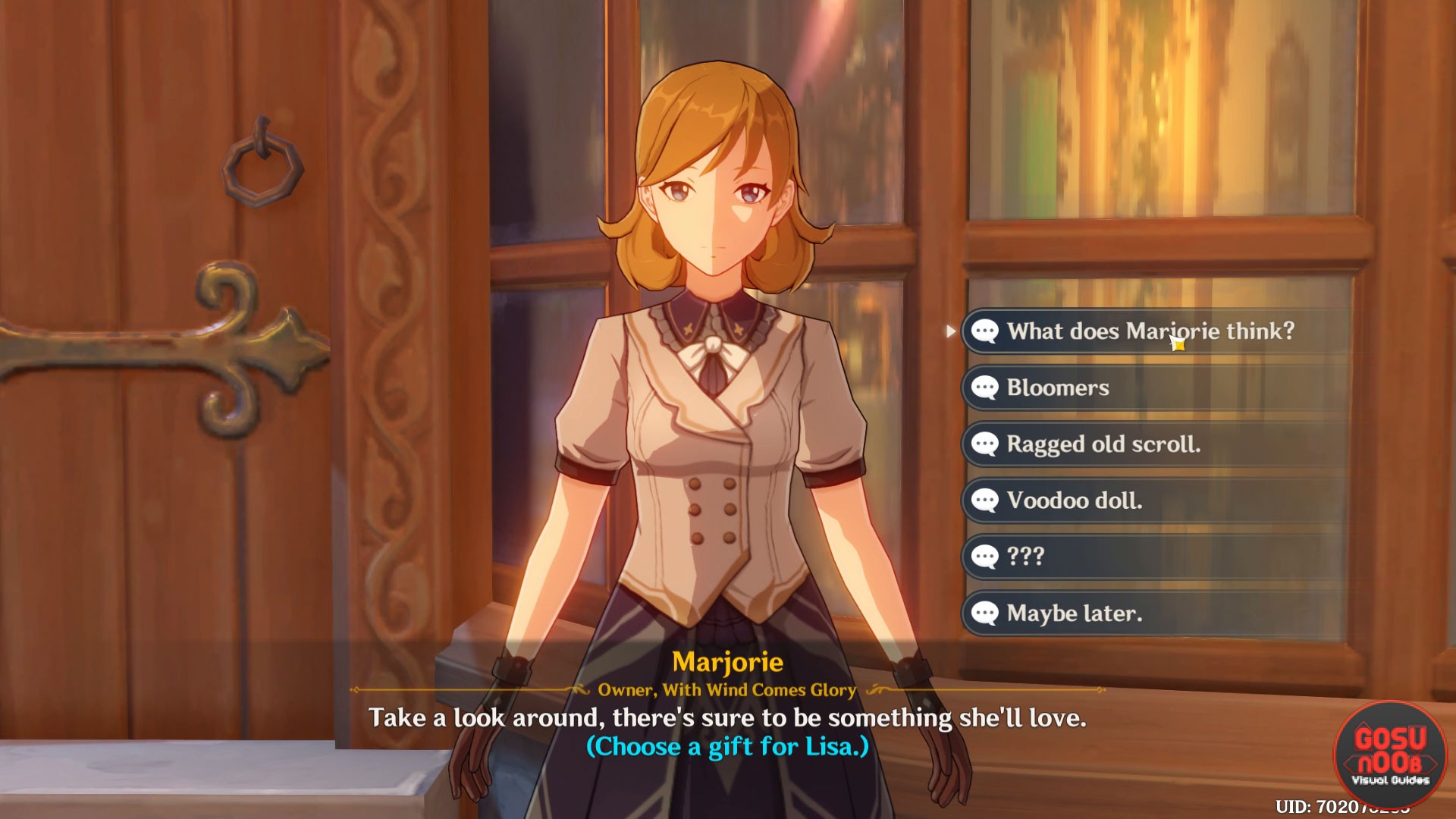 Genshin Impact still has you covered in case you missed all the events for obtaining it. While this method will cost you a pretty penny, it’s generally the most effortless one. Therefore, you won’t have much difficulty as long as you can afford it.

Having said that, you will be charged 150,000 Mora, which might not seem like much for rankers. However, it’s still pretty expensive for regular players nonetheless.

Once you’re ready for the purchase, simply follow the steps mentioned below:

Since the shop is open 24/7, you can head there whenever you want. Aside from the Harpastum, you will also find Ascension and Weapon-based materials. Consequently, it’s also possible to obtain many time-limited items given that you’re wealthy enough. The Wind-Blessed Harpasta is a throwing gadget that can be triggered by pressing your elemental ability. Since the Momentum Discs are simple targets with a yellow center in between, the only way of destroying them is by hitting the bullseye in the center.

You can choose the throwing direction by holding the aim button. Upon a successful hit, the Momentum Disc will automatically be destroyed. You can choose to either tap or hold based on your preferences.

The Tap mechanic allows you to instantly launch the Harpasta, whereas the Hold enables finer control. During the battle, it’s much easier to tap than hold, given you’re sufficiently skilled. 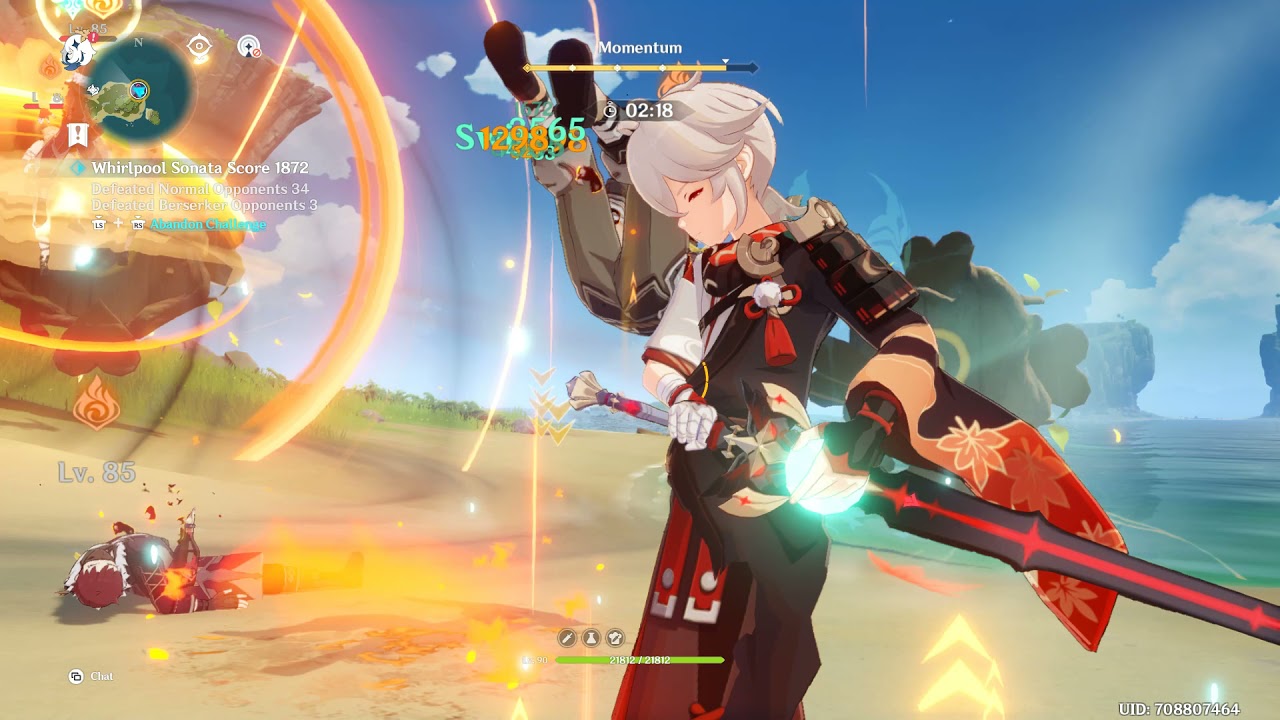 As you might’ve guessed, defeating them is also significantly harder since you essentially need to fight a drawn-out battle against their massive bodies. While the quantity of Momentum obtained from Berserker Opponents is nothing to scoff at, you’d have a much easier time focusing on Momentum Discs instead.

All in all, the general purpose of the momentum discs is to act as a mini side quest that provides momentum once completed. You will be needing a Wind-Blessed Harpastum in order to destroy them. Just throw them to hit the target and you’re good to go.

That being said, the endless onslaught is a mission that should only be undertaken with the help of a party. Consequently, you will also need to choose a difficulty level that you can actually beat. Make sure to equip the Harpastum before entering the challenge.