Five more SHD Tech Caches are located in the Downtown West area of Tom Clancy’s The Division 2, the video game developed by Massive Entertainment for PS4, Xbox One, and PC.

As usual, the Division 2 Downtown West SHD Tech Caches include SHD Tech Points that allow you to unlock new Perks and to upgrade your agent’s Skills at the Base of Operation.

Try collecting them after you find those in East Mall, West Potomac Park, and Southwest.

Unlike other regions, the Agent Notes that allow you to see them on your map can be found not in a Safe House but at the Campus Settlement. You can find the laptop containing the notes, next to the Matchmaking Station.

The following map shows all The Division 2 SHD Tech Caches in the Downtown West area. 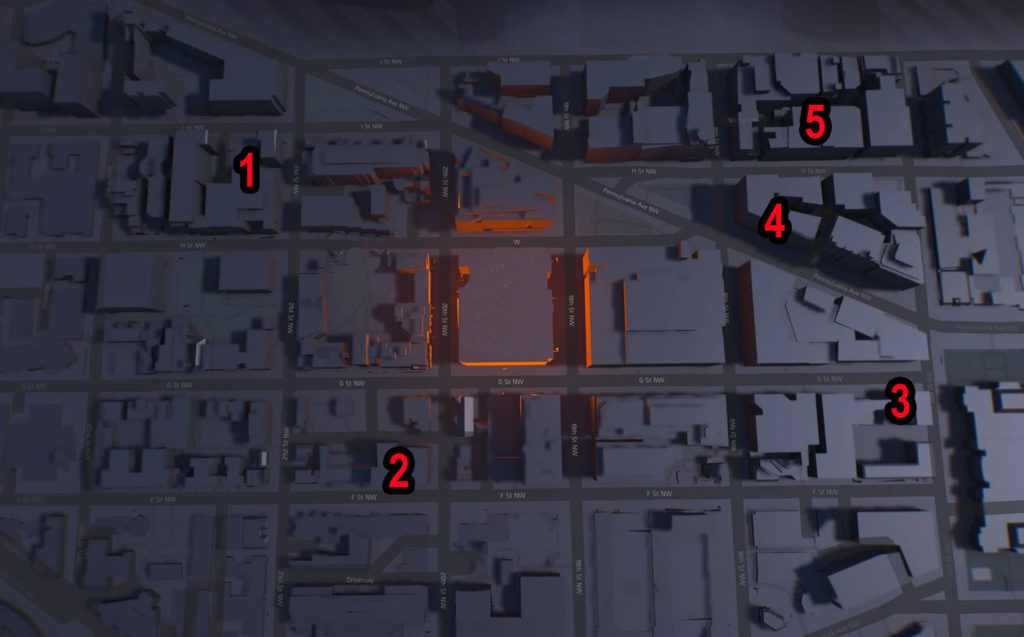 The first Division 2 Downtown West SHD Tech Cache on our map is inside a building.

Go through the back alley, when you reach the location above, then look for a door with a yellow padlock.

Shoot it to get the cache. 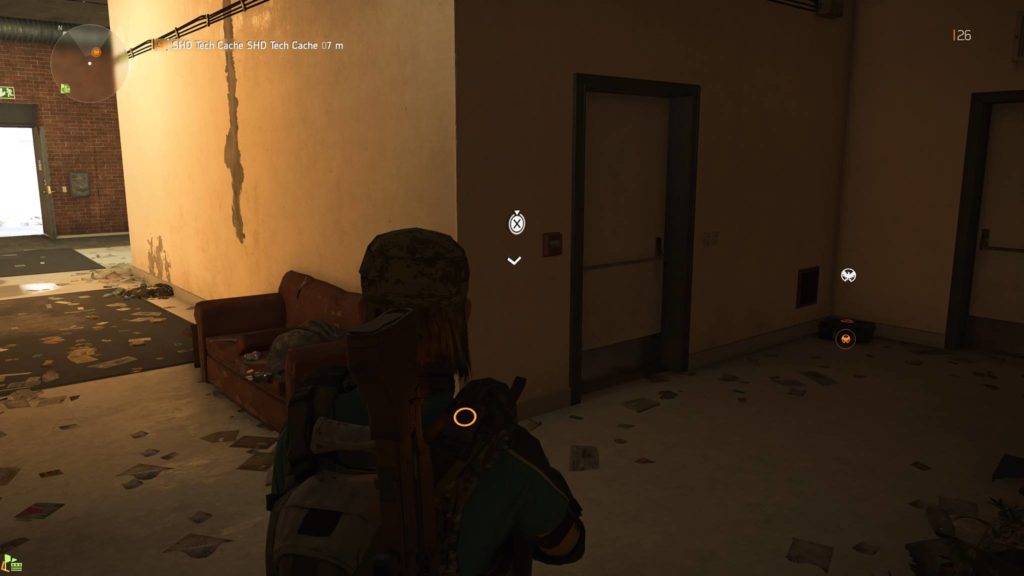 The second Division 2 SHD Tech Cache is also inside a building south of The Campus Settlement. To get inside, check the back alley.

Here you should see a lower roof. Climb it, go through the window and the cache should be in front of you.

On the wall nearby you should also see the Greffuhle Stradivarius Artifact Relic Collectible; while in the bedroom is the Warning Dead Drop Comm. 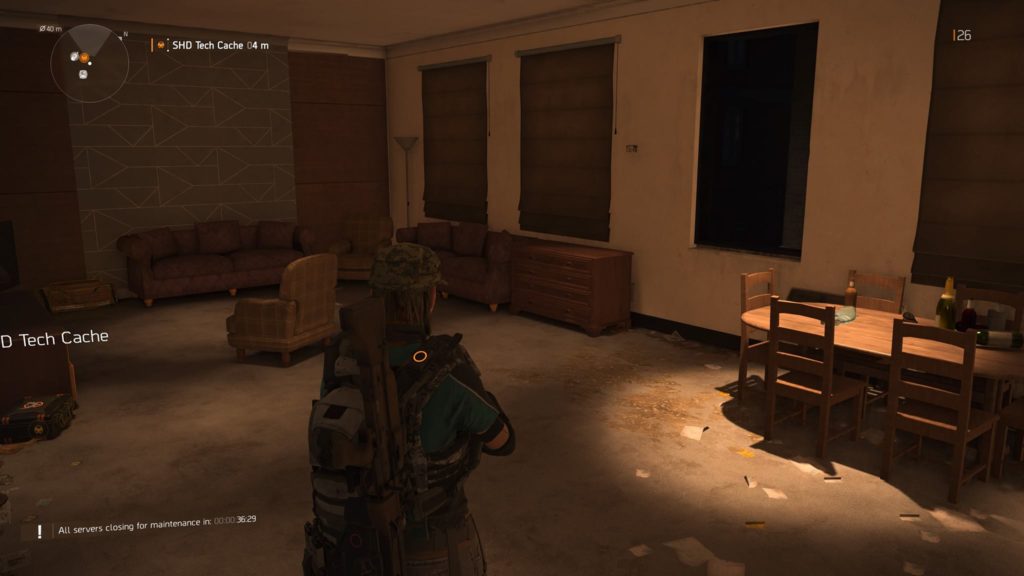 This specific Tech Cache causes some issues because it is somehow missable. We say somehow because there is actually a way to get it, depending on how far you advanced through the game.

Precisely this Downtown West SHD Cache is inside a building you’ll access while playing the Worksite Community mission. If you don’t pick it up then, there is no way to get it in free-roam. Since side-missions can’t be replayed in Division 2, you’ll have two choices.

First, you can wait for Ubisoft to fix this problem; however, there is another method to collect it.

Simply start a bounty in this area and make sure it takes place in the same spot. If it doesn’t, abandon and repeat. You’ll have to do it until your target is in the same spot as the SHD Tech Cache.

When this happens, simply follow your mission, and complete it. Before leaving the mission zone, pick up the Tech Cache on the highest floor. It is around the corner behind the red fences. 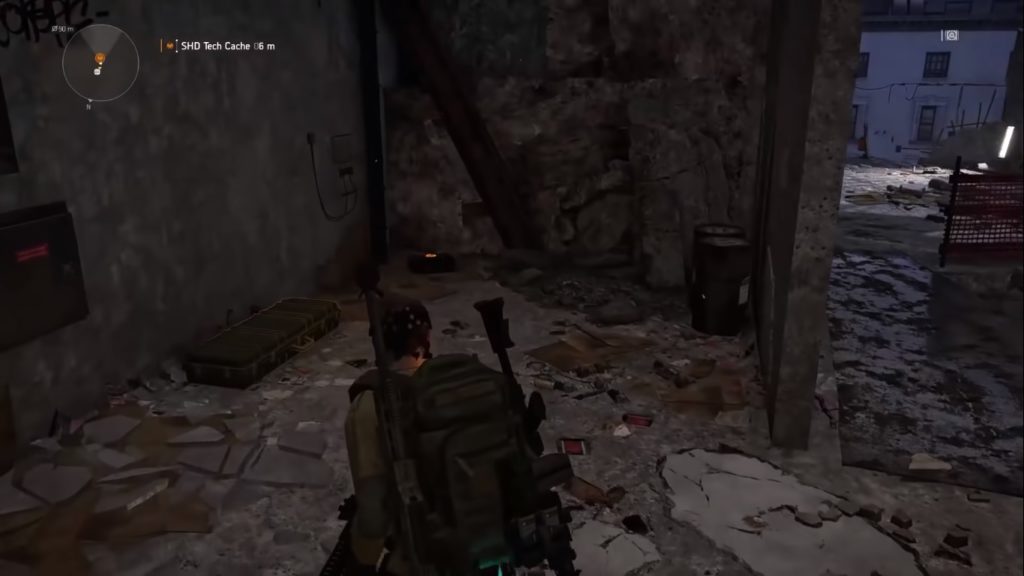 Another Cache can be located north-east from the Bank HQ Campus Settlement Mission.

You’ll notice that it is located inside a fenced area. To get it, check the back alley and jump over the gate with a yellow cover on it.

Next shoot the padlock on the door to enter the building, and cross to the other side to spot the cache. Here you can also see NYC Crew New York Comm Collectible. 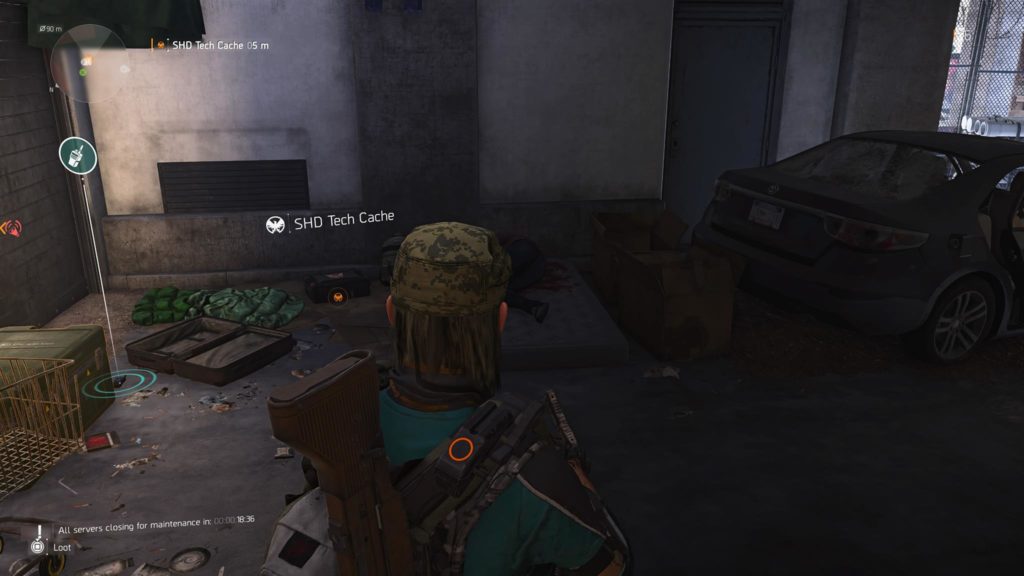 The final SHD Cache in this area is also inside a building. Examine the backyard on the location marked on our map, and notice the large metal door with a yellow padlock below the Exit sign.

It is on the first floor and you can get there using the stairs in the yard.

The cache is on the ground, on the other side of the hallway, in front of some lockers.

Have you found all Downtown West SHD Tech Caches in Division 2? If you have questions drop them in the comments section and feel free to check our Division 2 Wiki Hub for similar guides.

Last but not least, let us know your opinions on Tom Clancy’s The Division 2 in the Review Section or read other players’ Division 2 Reviews, and don’t forget to follow us on Facebook, Twitter, and Instagram where we discuss only the best video games out there.

How To Play Tribes of Midgard With Friends Guide
July 29, 2021