Genshin Impact has no shortage when it comes to time-limited events and vice versa. While the Lantern Rite has unlocked a brand new plethora of rewards and buffs, attaining the Peace Talismans for them can be rather difficult due to their obscurity.

The Peace Talismans can be attained from the Theater Mechanicus. It is a recurring event that allows you to farm as much as needed given you have the capabilities of clearing the stage. The challenges there might be time-consuming, but they’re not difficult at all.

Having said that, the importance of the Peace Talisman is only evident after you experience the event by yourself. Since there is a multitude of outlets to spend these talismans on, you will find yourself grinding to your heart’s content.

How To Get Peace Talisman – What is The Lantern Rite Event? 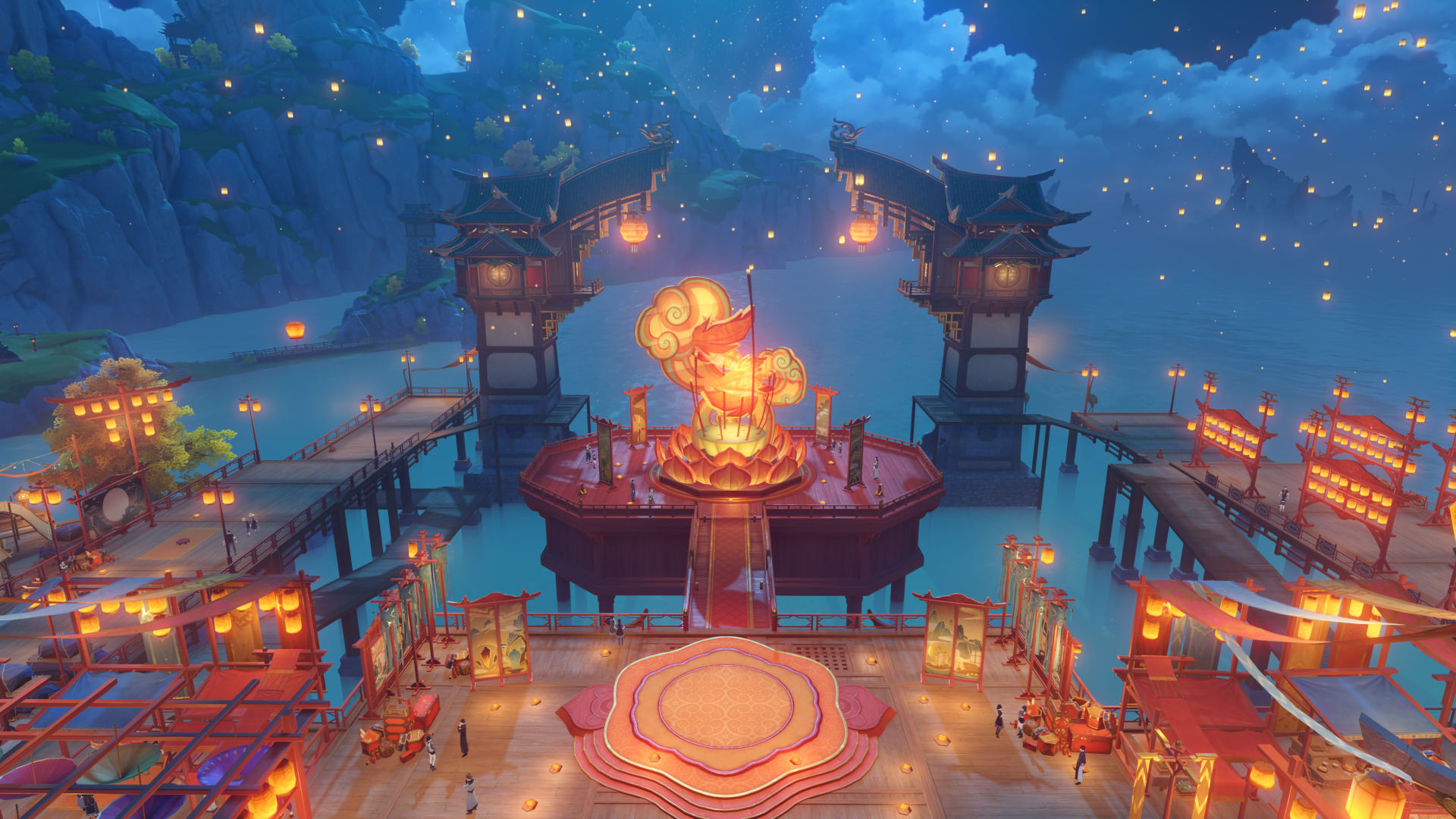 Similar to most time-limited events in Genshin Impact, the Lantern Rite event is a categorized event that allows you to attain a bunch of rewards by doing specific tasks. In general, the whole event is divided into the following 5 sections:

The general use of the Peace Talisman arises in the Siao Market, where you can use it to obtain rewards like Crown of Insight and much more. Consequently, it’s also possible to attain celebrations to commemorate the event in your memory.

Before being able to farm Peace Talismans, you need to know whether you’re really eligible for it or not. Since not everyone can join the Chinese new year celebrations, you will first need to pass the checklist mentioned below:

Once the mentioned requirements have been fulfilled, you will then be able to join the event in order to complete the challenges for Peace Talismans.

How To Reach Theater Mechanicus 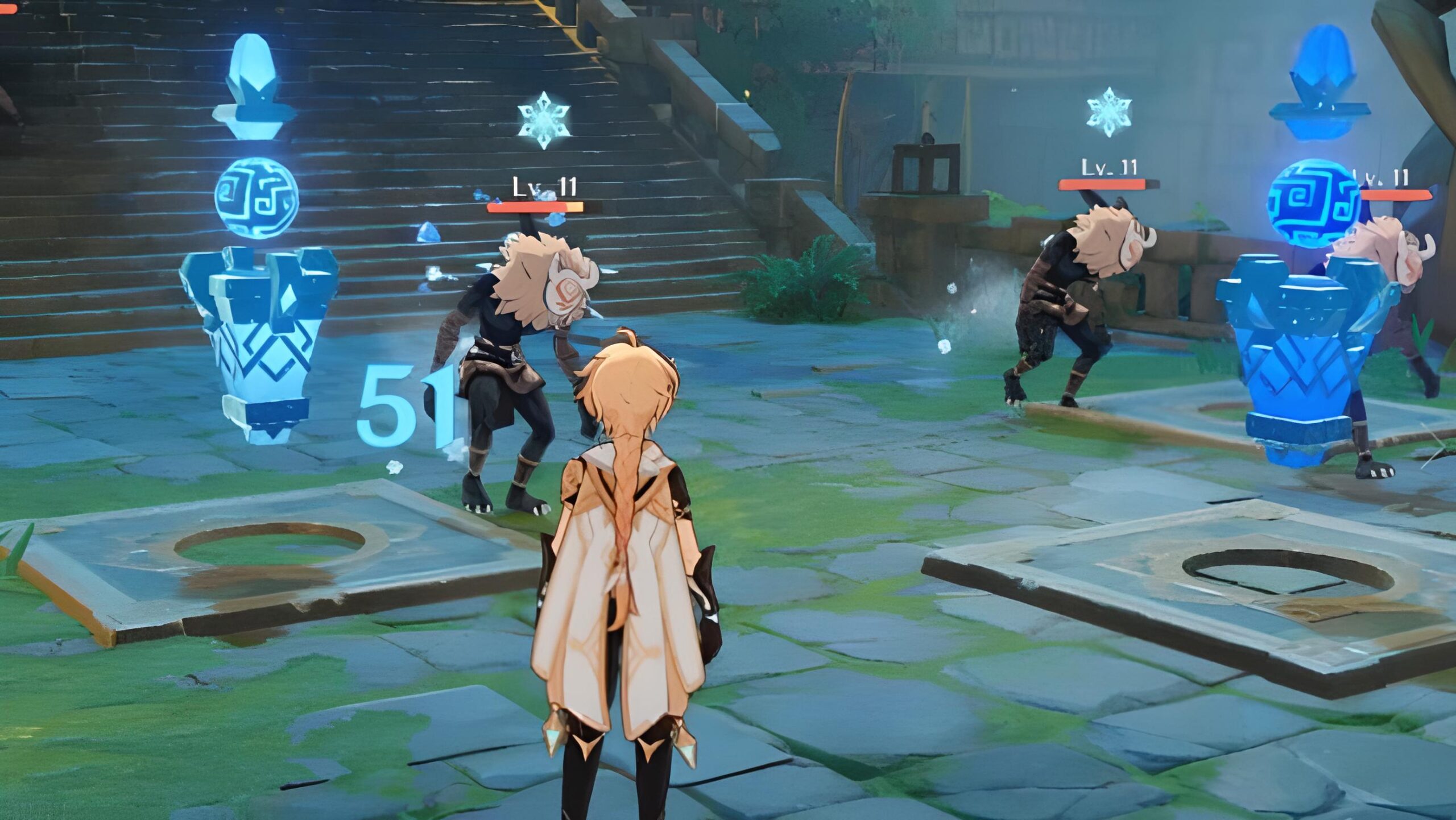 The only way of collecting Peace Talismans is by completing the challenges in Theater Mechanicus. However, the stages in the Lantern Rite event are interdependent. Therefore, you will need to complete the previous ones before you can access this.

That being said, here is how you can pass each stage in order to reach Theater Mechanicus:

Stage#1: The Origin of the Lanterns

The Origin of the Lanterns is a dialogue-based stage that requires you to talk to a bunch of people in order to understand more about the event while gaining a bunch of rewards. You will be gaining around 30k Mora along with 60 Primogems and 3 Hero’s Wit.

Having said that, here is how the dialogue will go down:

Once the Origin of the Lanterns has been completed, you will become eligible to challenge and complete Liyue: Theater Mechanicus.

Since there are no challenging enemies or bosses to fight, you will have a relatively easy time. With that being said, you need to talk to Ruijin in order to clear the quest. Ruijin is the designer of Theater Mechanicus and can be found under the quest icon on the map.

How To Unlock Festive Fever? 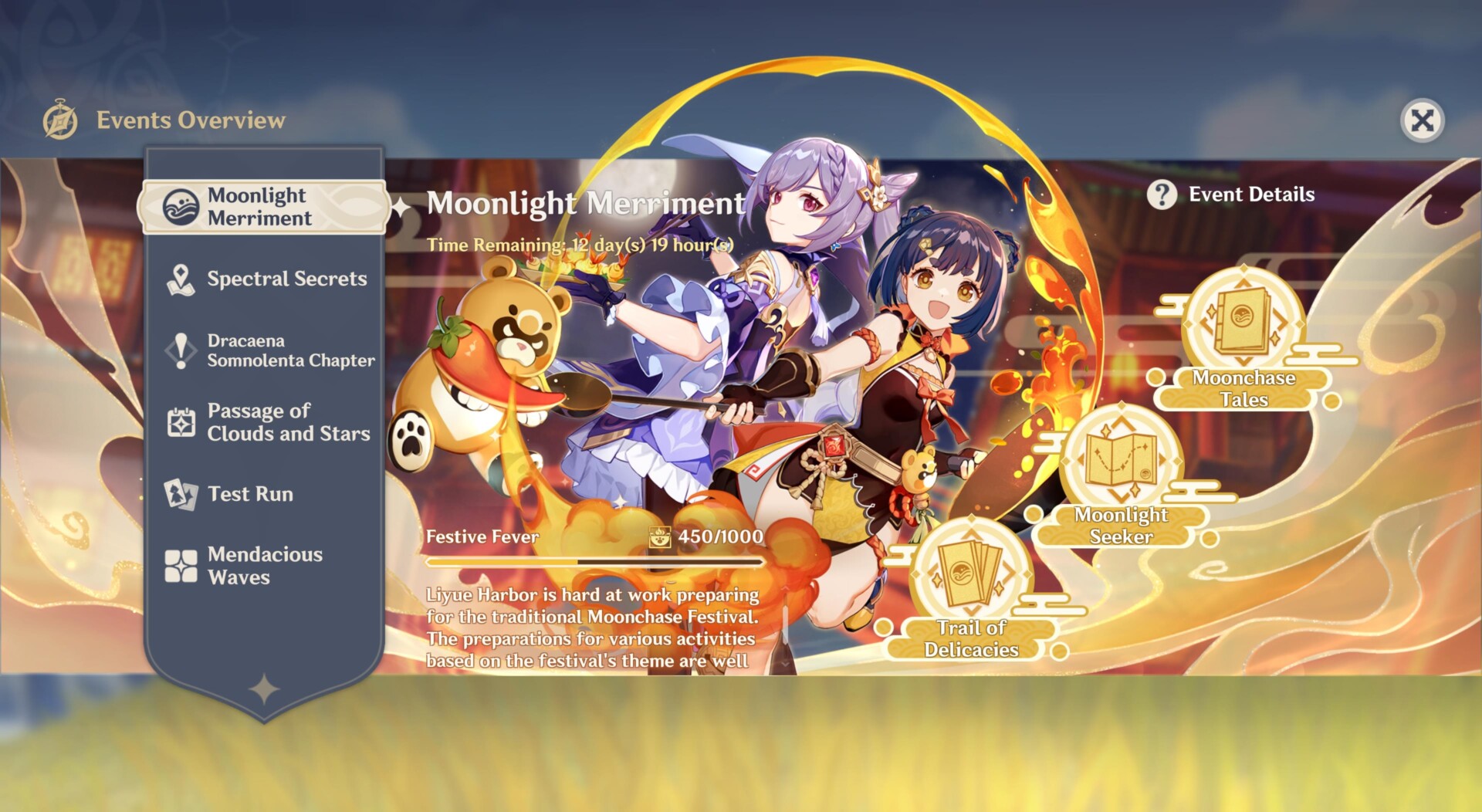 Unlike most dialogue-based events in Genshin Impact, the Theater Mechanicus features a set of challenges that require a Xiao Lantern to initiate. Since you’ve learned the recipe for creating these lanterns in The Origin of the Lanterns, it’s time you craft as many as possible.

As mentioned, the Theater Mechanicus isn’t limited to a single challenge. Therefore, more will continue to unlock the more you progress through the Festive Fever stages. With that said, here is what you need to do:

Step #1: Completing All That Glitters Quests This event is a prerequisite to unlocking Festive Fever quests. It contains a total of three quests, from which you’ve already completed The Origin of the Lanterns. The rest of them are also completed in a similar fashion:

Currents Deep Beneath the Lanterns

As you might’ve guessed by now, most of All That Glitters Quests are dialogue-based. Therefore, you will need to talk to a bunch of people in order to complete Currents Deep Beneath The Lanterns. Here’s what the general flow will look like:

Once the series of events have been completed, the Light Upon the Sea will become available for clearing.

Light Upon the Sea

This is the final quest in All That Glitters and will mark the end of the quest series once completed. That being said, the steps for this one aren’t that tiresome, so you will be able to speedrun it quite easily:

Once that is done, all that will remain are the Lantern Rite Takes Quests.

The Lantern Rite Tales contain a series of quests, each with its own set of requirements. While you will be progressing through them along with the event story, it’s better to pay individual attention to them in order to get over the hassle.

That being said, there are three stages of Lantern Rite Tales with their own set of days. In general, here’s how everything will pan out to be:

You will need to complete the first quest of All That Glitters along with The Origin of the Lanterns in order to unlock this quest series. While you’re at it, make sure to complete the City of Chores quest as well. Once done, here is what your schedule will look like:

While you will already have unlocked a good amount of Festive Fever by now, we would still recommend you keep going, since you need all you can get in order to unlock all the quests.

With that being said, you should have reached/cleared the Guests Flock From Afar Festive Fever stage along with the second All That Glitters stage in order to play these quests.

This is the last quest checkpoint in the Lantern Rite series. Therefore, clearing it will mark the end of all you have to do in order to unlock and complete Festive Fever for unlocking all the Theater Mechanicus Stages.

You will need to reach the Festive Fever stage of Glow of a Thousand Lanterns along with clearing the third All That Glitters quest. Having said that, here is the final bunch of quests in the Lantern Rite series:

How To Progress Through Theater Mechanicus? 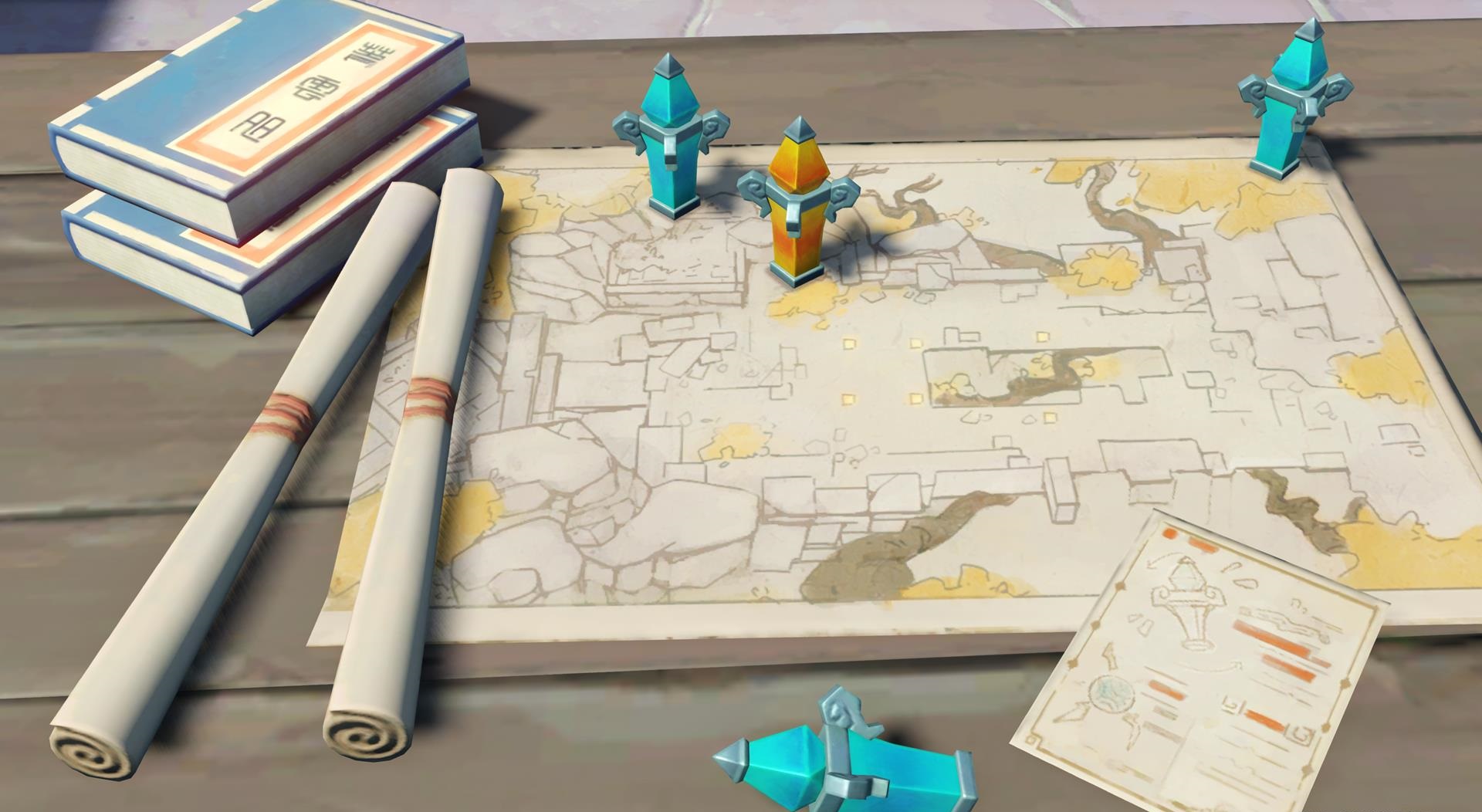 Since you’re done with all the prerequisites, it’s finally time we take a look at how things go down in Theater Mechanicus. In total, there are about six stages in the event series with variable difficulty. You will be able to gain more Peach Talismans on higher difficulty levels.

That being said, you will be using Veneficus sigils for unlocking and upgrading Mechanici in preparation for a battle. Once you’re satisfied with your upgrades, head to the battle. Since the stages are multiplayer, you will be able to enter with up to two players.

However, the metrics and requirements will scale accordingly. Moreover, the point acquisition is on an individual basis for every player. Therefore, there is no particular benefit. In order to achieve victory, you will be looking to defeat as many monsters as possible in order to prevent them from escaping.

In essence, you can consider it as a tower defense game with you as a player in-between. The general difficulty of this event is extremely hard. However, it’s the only way of getting peace talismans in Genshin Impact. 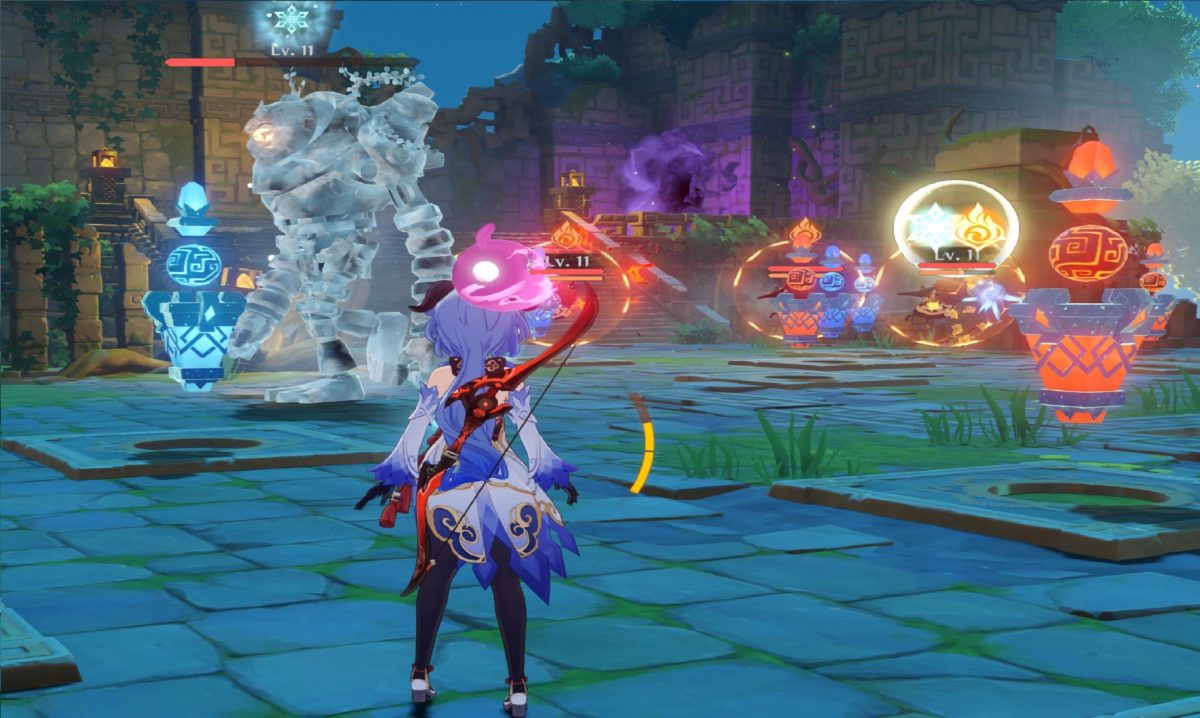 Your main goal is to set up towers dubbed Mechanici that defend by killing waves of monsters with the help of elemental and physical damages. Depending on where they’re placed, the damage output often turns out to be greater than yours.

The Mechanici work on buying and selling mechanics. Therefore, you can expect the prices to be high, especially when you’re trying to upgrade them. That being said, you won’t really be dealing any damage directly, so your towers are your main source of defense.

By clearing each stage of Teater Mechanicus, you gain the resources needed to upgrade and purchase Mechanici. Utilizing this mechanic, you can create some whacky synergies between Mechanici of different elements.

Since the main goal is to keep the enemies contained, you will automatically fail if too many of them manage to escape. Therefore, we recommend you focus on quality more than quantity. However, emphasizing an extremely expensive upgrade tends to yield diminishing returns in the later stages, so make sure to maintain a healthy balance that grants you the most bang for your buck.

In essence, obtaining Peace Talismans in Genshin Impact requires you to play and clear Theater Mechanicus. While that part is still doable, the plethora of quests you need to do in order to reach that point is nothing to scoff at. While you can’t give up on Peace Talismans either, it’s generally recommended that you no-life it as hard as possible for a decent chance of success.

How To Get Riftborn Regalia In Genshin Impact
November 25, 2021