How To Beat Insatiable Despot Boss In Code Vein

The general strategy for this encounter is to stay in front of the boss during the first phase. Bait him into attacking you. Dodge the attacks and then counter with attacks of your own. The second phase starts when the boss combines his blades to form a dual-sided axe. Now you need to stay behind the boss and deal damage from the back when possible.

The following is what you need to know about the moves of the Code Vein Insatiable Despot Boss and how you can counter them:

The boss will create a crystal that produces minions. You will need to destroy this red crystal otherwise enemies will spawn. If you fail to destroy the crystal then you should deal with the weaker enemies first.

The boss will leap forward and land with an attack. You need to roll forward and attack while the boss is recovering. 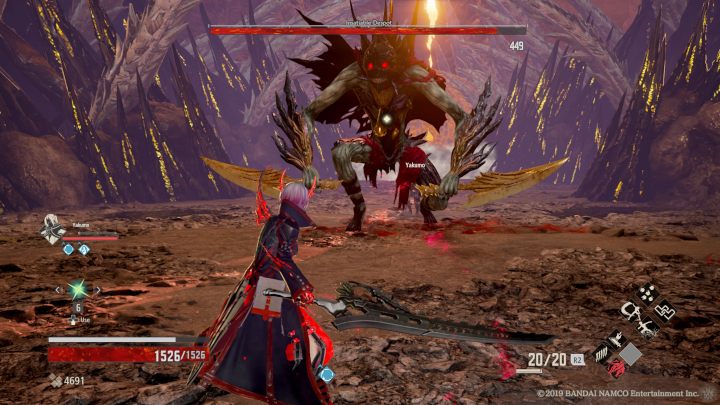 During the first phase, the boss will spin forward and try to attack you. Dodge forward to get behind the boss and deal damage from behind him.

This move can do a lot of damage. Dodge forward to get behind the boss and deal damage from behind him.

This move allows the boss to create a rift made of ichor. It will be red and will follow you around the area. Wait until the rift is near and dodge forward in order to avoid it.

The boss will try and attack you from above. Doge forward between his legs and deal damage from behind.

That is all for this boss fight. If you are interested in learning more about the game then you can check out our achievements guide.