How To Beat Successor Of The Claw In Code Vein

While the physical resistance of the boss increases in phase 2, elemental resistance remains the same. The boss can be poisoned, stunned, inhibited and slowed. The following are the attacks that the boss can use against you and how you can counter them.

She will spin and attack you with her tail. In order to avoid this move, you can try blocking. Stay near the boss to avoid any fire damage.

She will jump and try to attack you. You can dodge to either side. Try getting behind her to land a few blows. 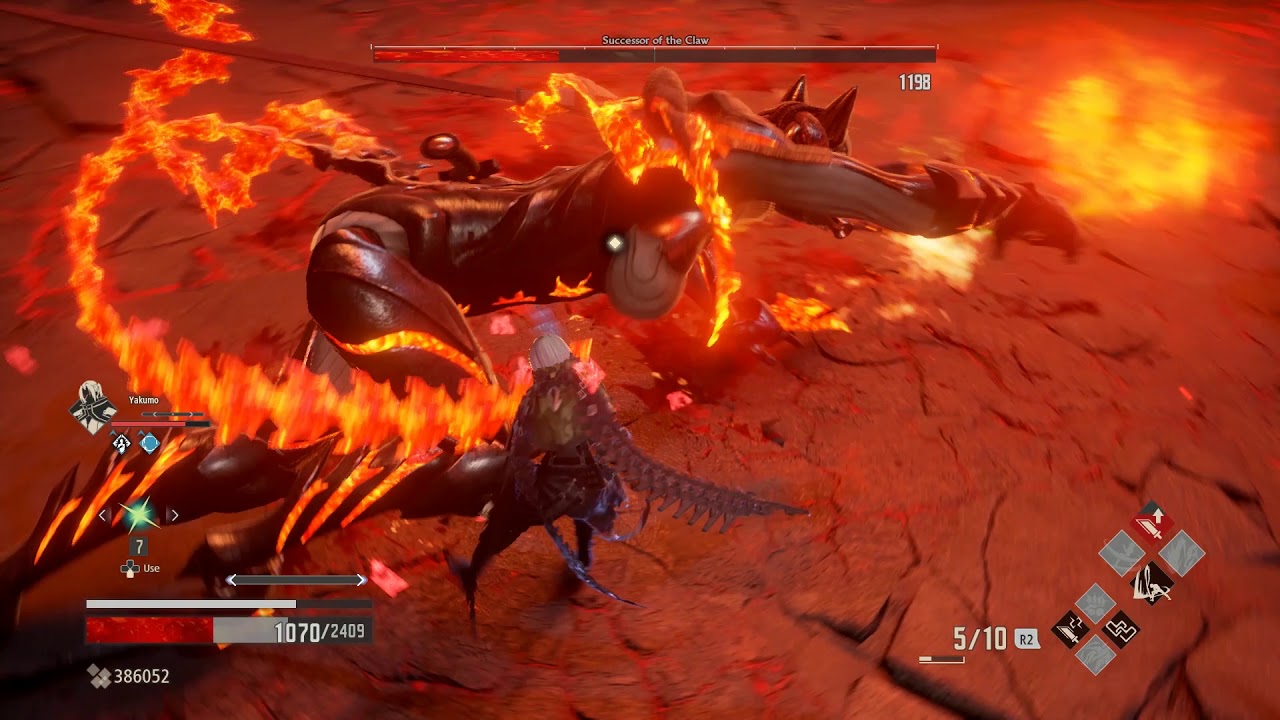 The boss is going to try and teleport behind you and stab you in the back. You cannot parry this attack. You will need to dodge when the boss comes up behind you. Timing is going to be key here.

The boss is going to take out her sword and attack you once from each side. The attacks are not very fast so you can block them.

The successor of the claw is going to jump back and throw exploding stars at you. You can run away from these to avoid damage.

The boss is going to hit you with her claws. Once from each side. You can easily block these attacks and hit her a few times afterward.

That is all for our Code Vein Successor of the Claw boss guide. If you are interested in learning more about the game then you can check out our guide on how you can get the true ending in Code Vein.