Gamescom 2019 is only a few hours away and this year Geoff Keighley is mixing things up with a pre-show called Opening Night Live. The pre-show is going to feature plenty of games and Keighley has now confirmed that there will be 25 games in total.

24 hours from now, Gamescom Opening Night Live airs around the world. Here’s a look at some of what you’ll see on stage. Honored to be over here in Germany to kick off things off with so many amazing developers! See you at 8 pm CEST / 2 pm ET / 11 am PT streaming everywhere.

Keighley confirmed on Twitter that Opening Night Live is going to be 2 hours long and will feature 25 games. There is little that we know about the confirmed details but the following is what Keighley shared on Twitter. 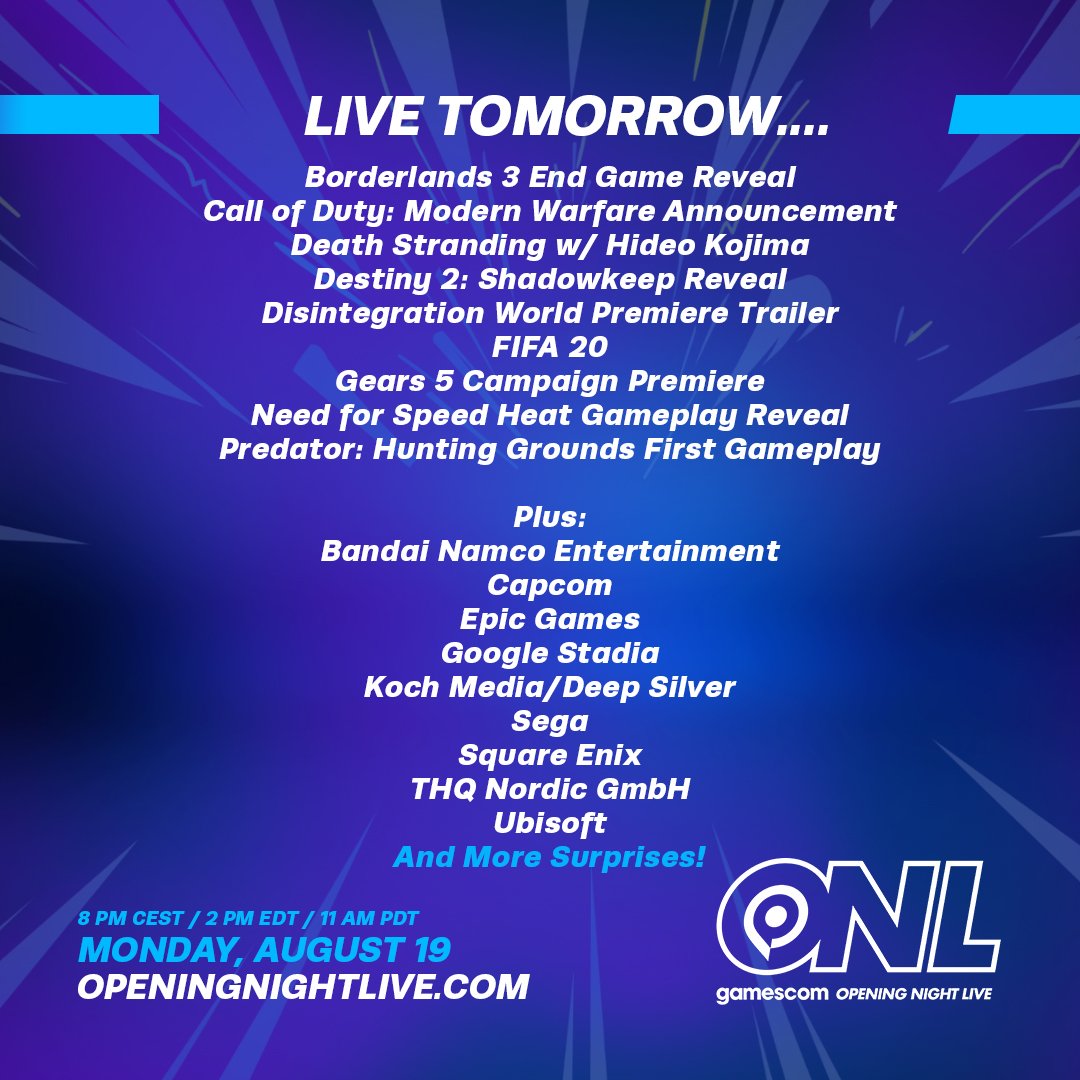 Borderlands 3 is one of the major upcoming titles and fans will tune in to see what the end game content is like. Modern Warfare also has a lot of hype around it and it will be interesting to see what the devs are going to show at the event. Other than that we are going to get some more details regarding Death Stranding with Hideo Kojima taking the stage.

Bungie is also going to be at the show and we will get to learn some more details regarding the upcoming Shadowkeep expansion that is also going to be free on Google Stadia. Other games include Gears 5, Need for Speed Heat and Predator: Hunting Grounds.

Other companies that will be coming to the event include Bandai Namco, Capcom, Epic Games, Google Stadia, Koch Media, Sega, Square Enix, THQ and Ubisoft.