When you start Elden Ring you need to make your character and choose your class. You also have the option of selecting a Keepsake that is going to help you at the start of the game. In this Elden Ring guide, we are going to go over which Keepsake you should pick.

Long story short, we recommend getting the Crimson Amber Medallion, Golden Seed, or Cracked Pot. The rest of the Keepsakes are decent but these are the best that we can recommend. 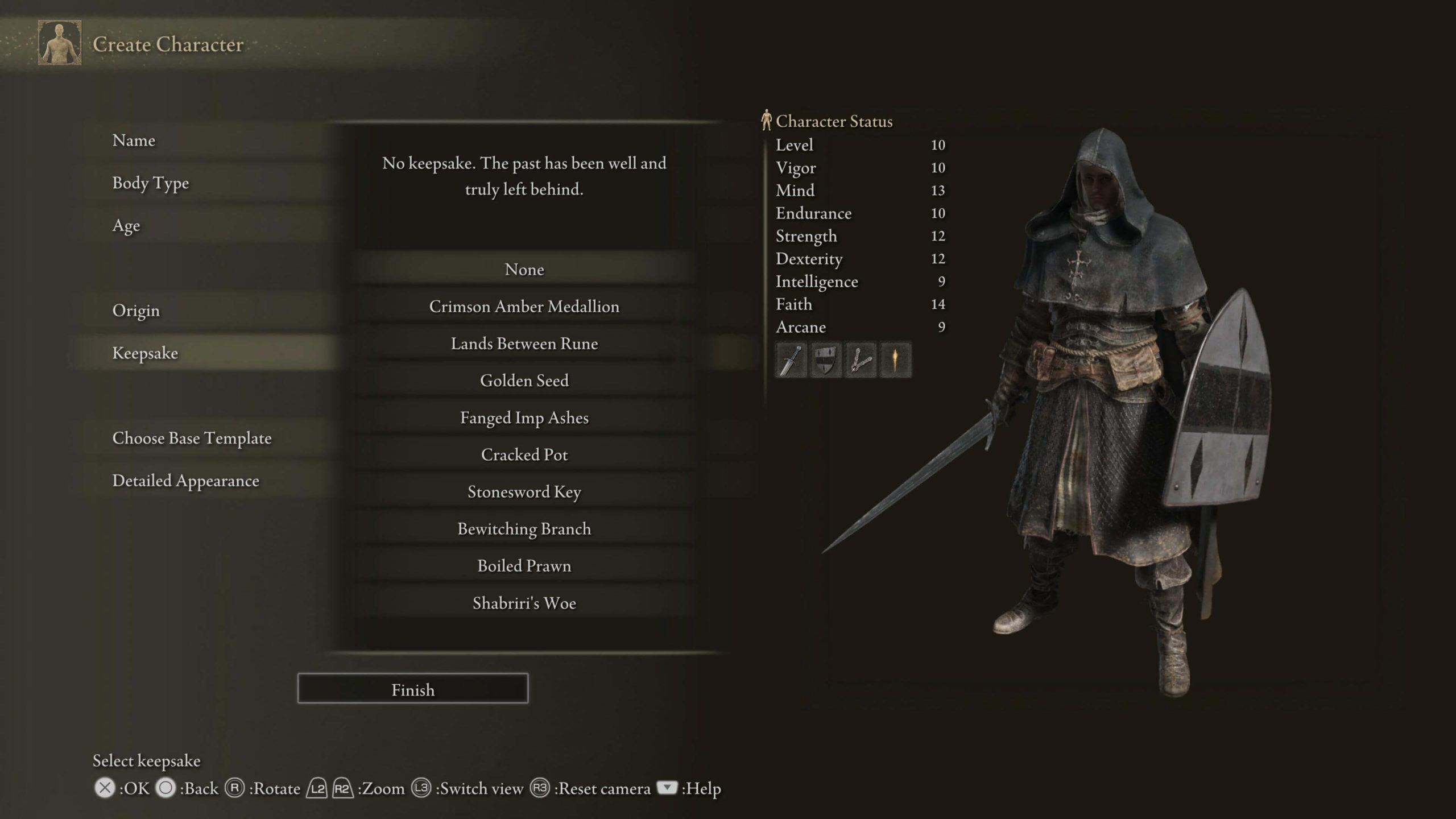 The following are the details of all the Keepsakes that you can select at the start of Elden Ring: The Crimson Amber Medallion increases the amount of max health that you have. Extra health is always useful in Elden Ring but it is particularly useful at the start of the game when you are low on Vigor.

The Golden Seed allows you to increase the charges of your Flasks. Having one of these at the start of the game means that you can use it to get an additional flask charge to top up your health or FP. 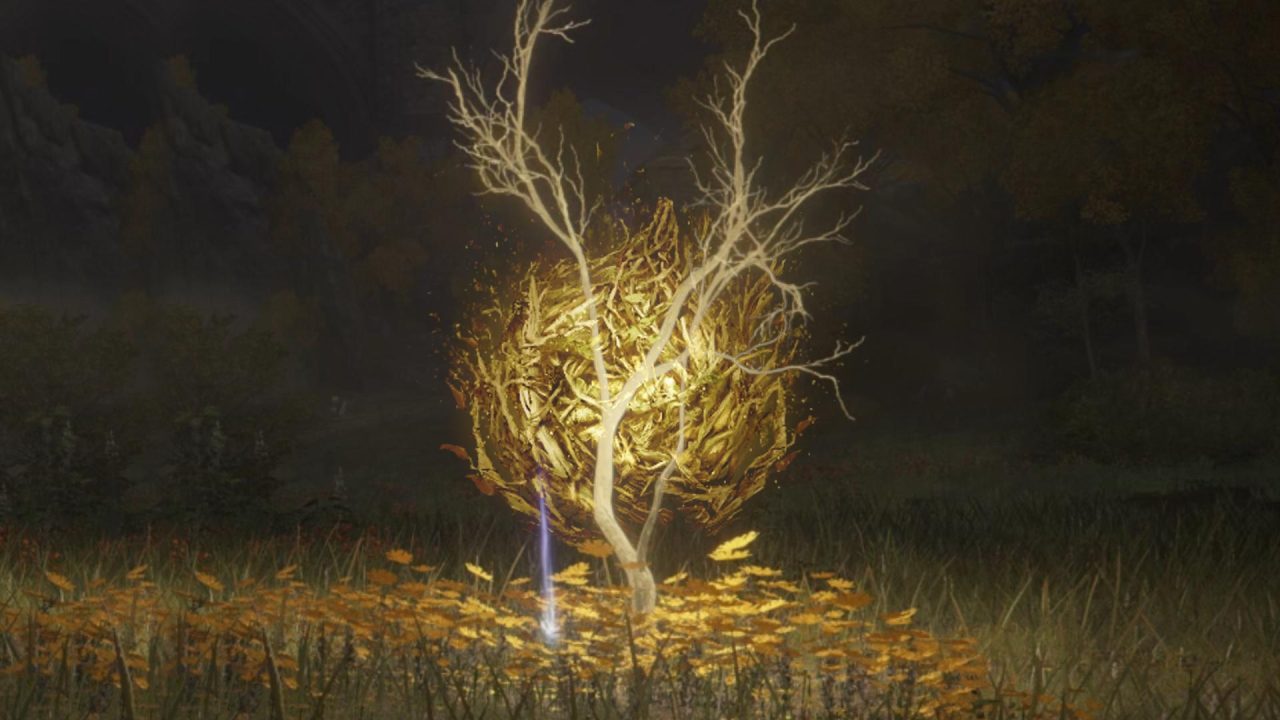 These can be found in the open world but having one from the start can be very helpful indeed.

If you pick this as the Keepsake, then you will get two Cracked Pots from the start of the game. These will allow you to craft throwables and bombs which can be used as ranged attacks.

You can use this rune in order to get a couple of runes at the start of the game. This should help you level up.

This is not a keepsake that we recommend as you can get runes by farming enemies in the game. There are plenty of different ways in which you can farm runes early on in the game.

Like all the other ashes in the game, using this is going to summon an NPC that is going to help you out. We do not recommend this keepsake as you can find a better one pretty early on in the game.

Stonesword keys allow you to open secret paths that are otherwise locked. Some locked paths require a single key while others require 2 to open. You can find useful items and even bosses behind these paths. 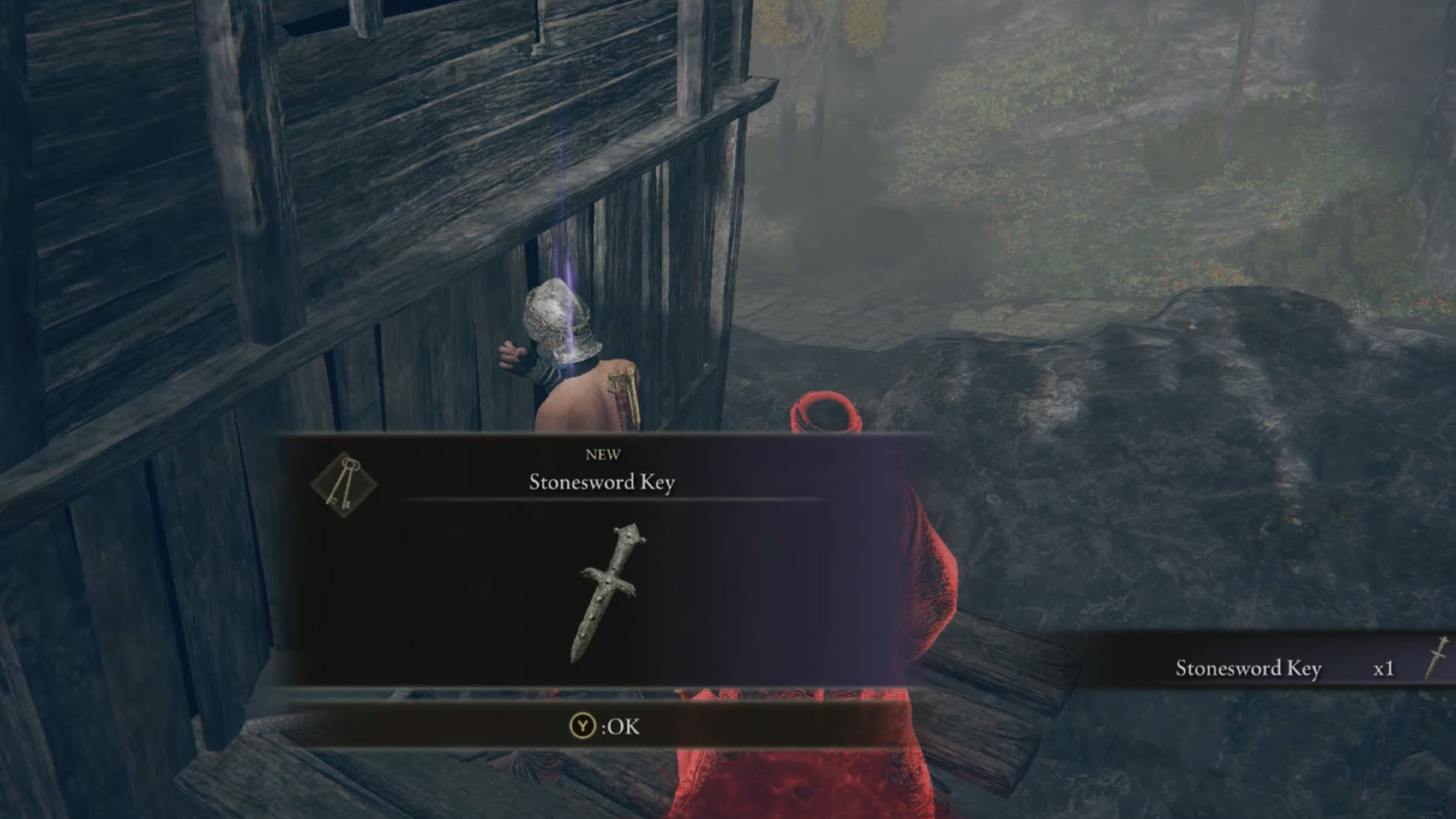 Using this, you can charm enemies and make them attack each other. This is going to use FP.

These reduce the amount of damage that you take for a short time. This is not a good keepsake to pick and that is why we do not recommend it.

This item makes enemies attack you. This is a useful item that you can use on your Mimic in order to avoid getting him. You get the Mimic Tear ashes very late in the game so getting another Keepsake is recommended.

These are all the Keepsakes in the game and the ones that we recommend you pick when starting a new game in Elden Ring. If you are interested in learning more then you can check out our guide on how you can complete the Nepheli questline.

How To Complete The Nepheli Questline In Elden Ring
April 21, 2022

How To Complete The Fia Questline In Elden Ring
April 6, 2022

How To Complete The Tanith Questline In Elden Ring
April 18, 2022