Virgin Born is the final boss in Code Vein. This boss is not optional and you will need to finish him off in order to end the game. In this guide, we are going to go over how you can beat the Virgin Born in Code Vein.

How To Beat The Virgin Born In Code Vein

Furthermore, the boss is highly resistant to elemental damage. Using blood, fire, cold or lightning is not something that we can recommend. The boss is also immune to poison, stun, slow and inhibit statuses.

In the first phase of the fight, the boss is going to use physical attacks and an AoE attack. The following are the moves that the boss can use against you and how you can counter them.

The boss will strike at you with its arms. This move can be followed up by a backhand. The boss will use the same hand for the backhand. Then the boss is going to strike with the opposite arm. If you are underneath the boss then it will bodyslam you. It can also use magic charged stomp instead of the bodyslam.

You need to roll forward and try to remain behind the boss. You should not go underneath it or you will be bodyslammed.

The boss is going to hold its left hand up and then smash down. This will create a magic AoE after the initial stomp. Dodge to the left to avoid the slam. Its body is also going to damage you, so beware of that.

The boss will charge up and release AoE around itself. After the attack, the boss will jump back. This move cannot be blocked. You should jump back as far as you can in order to avoid it.

The boss will jump up and slam itself into the ground. Do not stay beneath the boss when this happens. If you get hit, you will be staggered. 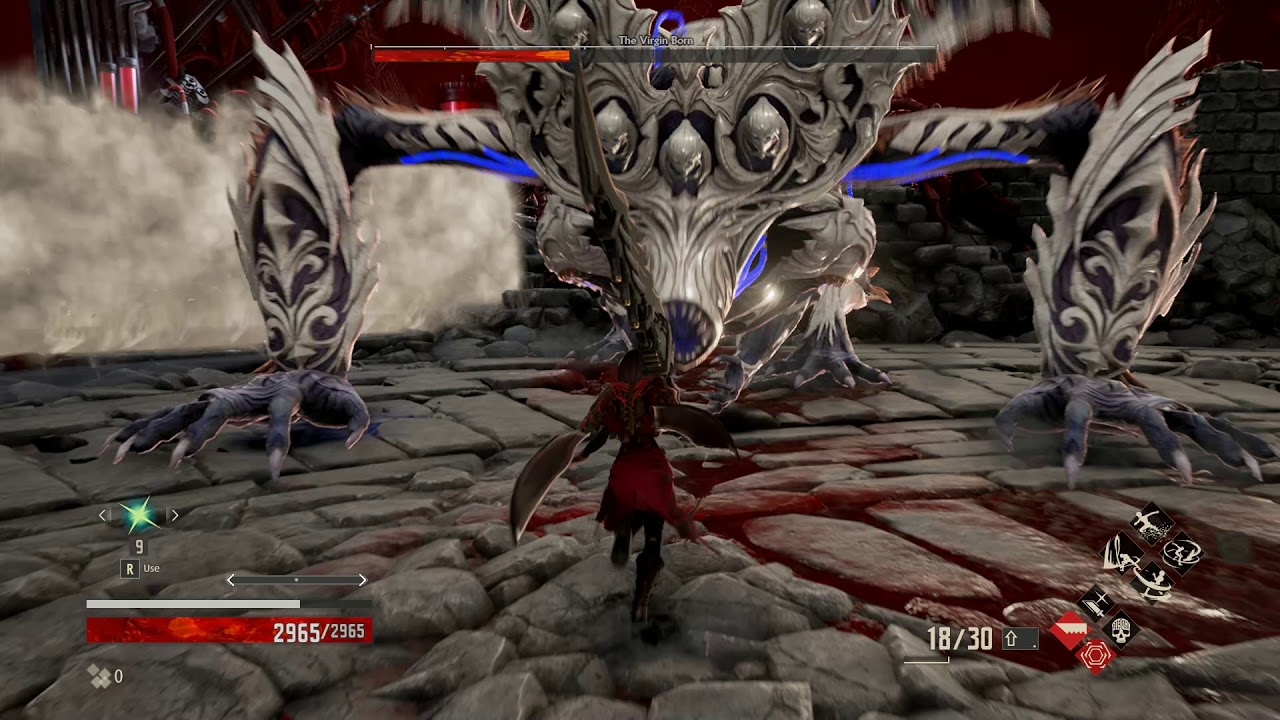 The boss will gather energy in its claws. It will then fire a fast projectile at you. You can block the projectile or dodge forward.

The faces on the head of the boss will light up. It will float up while charging for a few seconds. After that, the rain of thorns will come down. You can run away or use block to minimize damage. You can also try and stay under the boss when this happens. After the attack is over, you have a small window of time to heal or attack. Use it wisely.

The boss will fire three projectiles instead of one. Block or dodge forward to avoid damage.

Boss will summon three gravity spheres. One in front and one on each side. These do not damage you but will pull you to the center. You can stay away from them to avoid being pulled in.

The boss will fire a laser beam and sweep it to the sides. You can roll to dodge the beam or run underneath to boss.

That is all for our Code Vein Virgin Born boss guide.