The Division 2 has a couple of specializations which come with unique signature weapons and abilities. In this Division 2 specialization guide, we are going to go over all the specializations in the game and breakdown all of them. At the end of this guide, you will know which one is best for you.

Which Division 2 Specialization Is Best For You?

Demolitionists can cause signature ammo to drop through explosive kills. Sharpshooters get ammo with headshots. Survivalists get special ammo from enemies killed with active status effects. These are some examples. Signature weapon ammo is highlighted in Orange and you can only pick up a specific amount.

The Survivalist has a crossbow, the Sharpshooter has a sniper, the Demolitionist has a grenade launcher, the Gunner has a mini gatling gun and the Technician has a missile launcher. The upcoming specialization is supposed to have a flame thrower.

The upcoming specialization is going to be part of the year 2 pass. So even if you have the year 1 pass then you will have to get the new pass in order to access the new content and get access to the new specializations instantly.

The sharpshooter has the sniper rifle and in order to get the special ammo, you need to get headshots. The sniper rifle is called TAC-50 C and it can pierce armor. The bullets can even pass through weaker enemies. 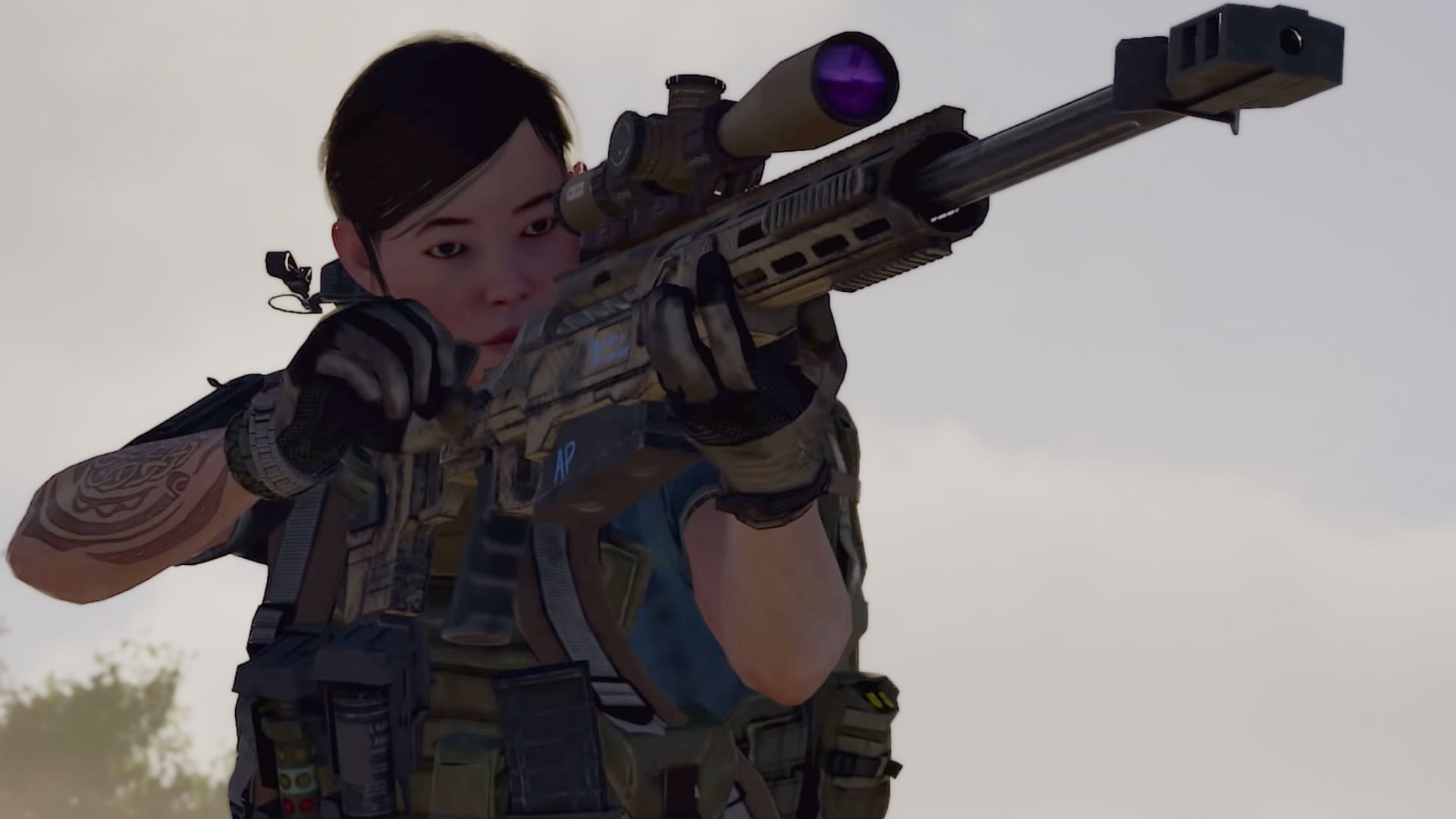 The sharpshooter is supposed to stay behind and take out enemies from a distance. The following are some of the skills that the Sharpshooter specialization has:

The skill costs 10 points and gives a 10% headshot damage bonus to the entire team. The effect only takes place if they’re closer to the enemy than you are.

One in the Head

This perk can increase headshot damage by 25% at its max tier and it costs 25 points to max out.

My Home is my Castle

Grants extra armor while in cover.

Reduces the risk of taking a critical hit by 20%.

Scouting drone that locates and identifies enemies to the entire team. This is similar to the pulse skill. This can be upgraded for longer battery life and a higher amount of HP.

With this specialization, you also get the 93R burst-fire pistol as a sidearm. It is hard to justify using this sidearm, as there are other weapons that are much better. Fortunately, you do not have to use it and you can use any sidearm in the game.

The demolitionist has the M32A1 Multi-shot Grenade Launcher. This is an ideal specialization for clearing our mobs of weak enemies or taking out a boss relatively quickly. The specialization is great for crowd control. 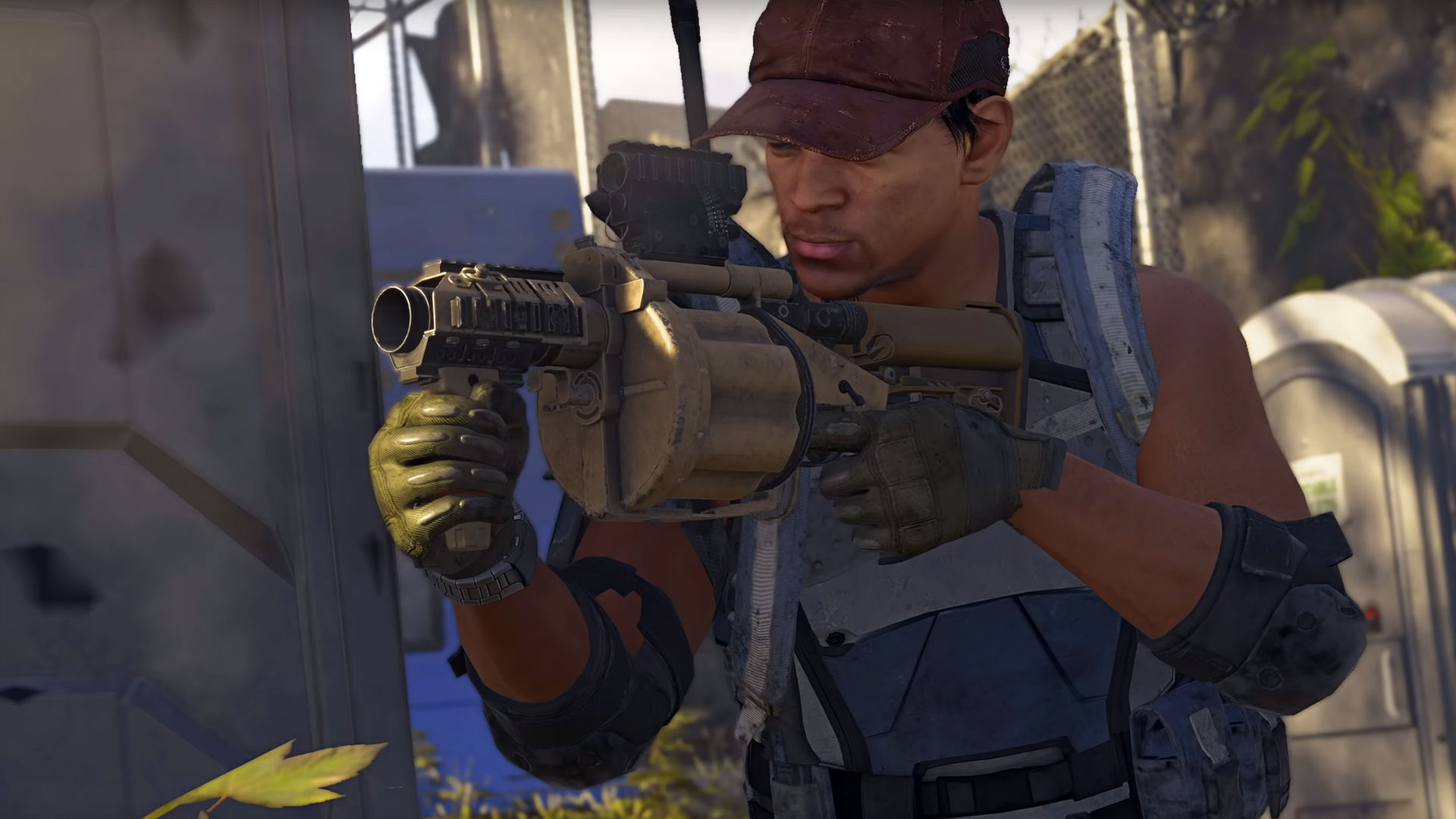 The following are the perks of the demolitionist specialization that you need to know about:

Gives a 5% increase in damage for any member of the team to any enemy out of cover.

Reduces the risk of taking a critical hit by 20%.

Automatically refills all ammo when armor is reduced to 0.

Ignores explosions once every 60 seconds.

Artillery
Exclusive turret perk that can send a barrage of explosive damage from quite a distance.
Explosive Ordnance
Increases explosive damage.
Incombustible
Increases burn resistance by 20%.
Frag Grenades
Cause bleeding to enemies caught in the blast
X-Stat Armor Kit Supplementary
100% increased weapon handling in exchange for a delayed heal. 70% of armour is repaired straight away, while the other 30% won’t until after the handling boost has worn off.

This is a support specialization in Division 2 and does not do as much damage as the Shart Shooter or the Demolitionist. The specialization focuses on effects such as burn or dizziness. The survivalist has a crossbow that acts like a rifle but a grenade as well. You can shoot it at an enemy and do decent damage but you can also shoot it in the environment and it will explode like a grenade. 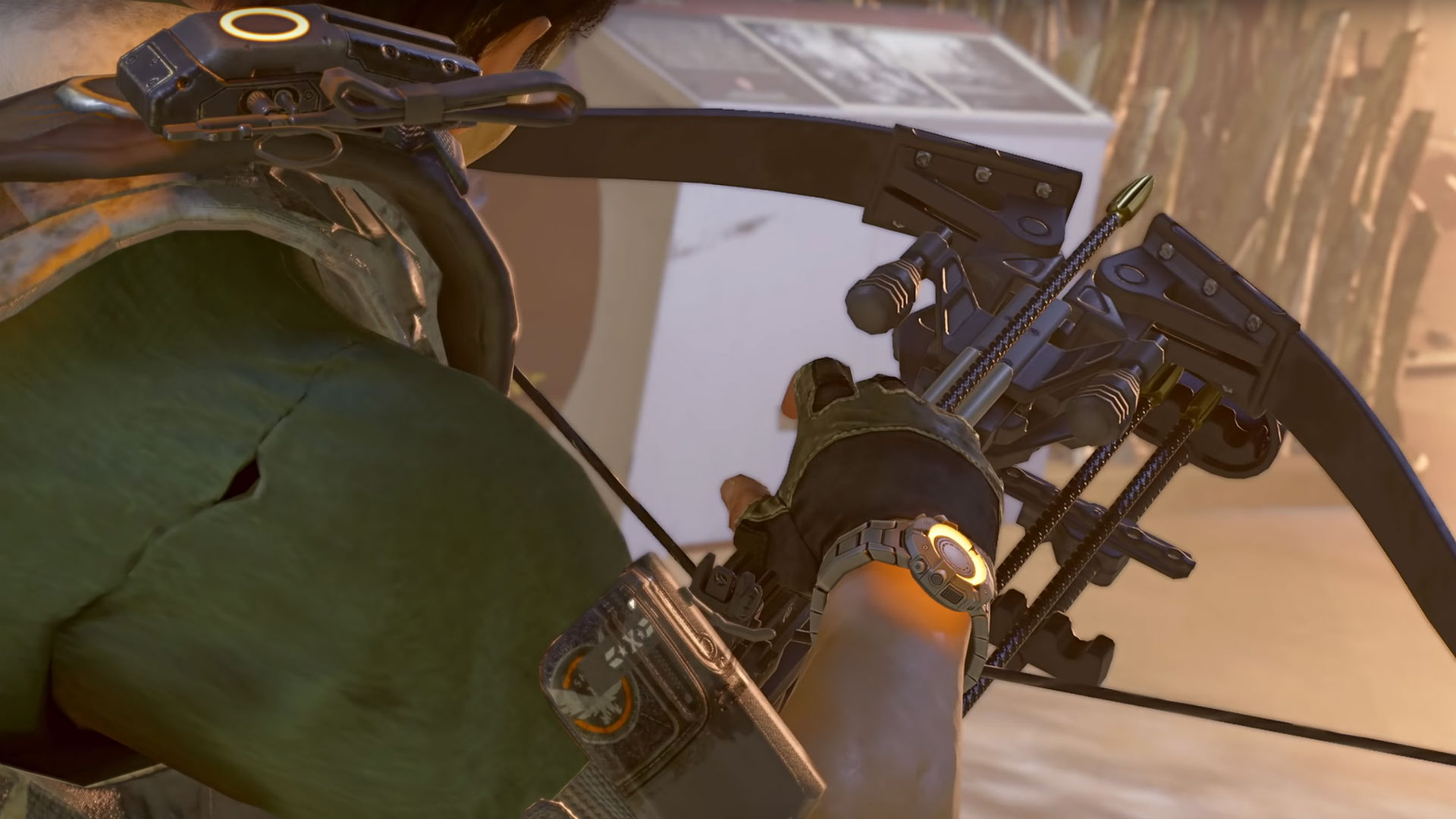 The following are some perks of the Survivalist in Division 2 that you should know about:

that gives the team a 10% damage boost against enemies who’re suffering from status effects.

Locate teammates and repair their armor over time.

Increases the amount of healing you do.

Distributed Repair is the Survivalist’s equivalent to the X-Stat for the Demolitionist and Sharpshooter; armor kits will no longer provide instant heals but instead will heal both you and any teammate within a 10-meter range over a five-second duration.

Provides ammo regeneration for every second you’re moving from cover to cover.

The Gunner specialization has the mini gatling gun which can do a ton of DPS. The weapon turns your agent into a tank that can take out mobs of enemies without any issues. This is an ideal weapon for taking out bosses from close range. 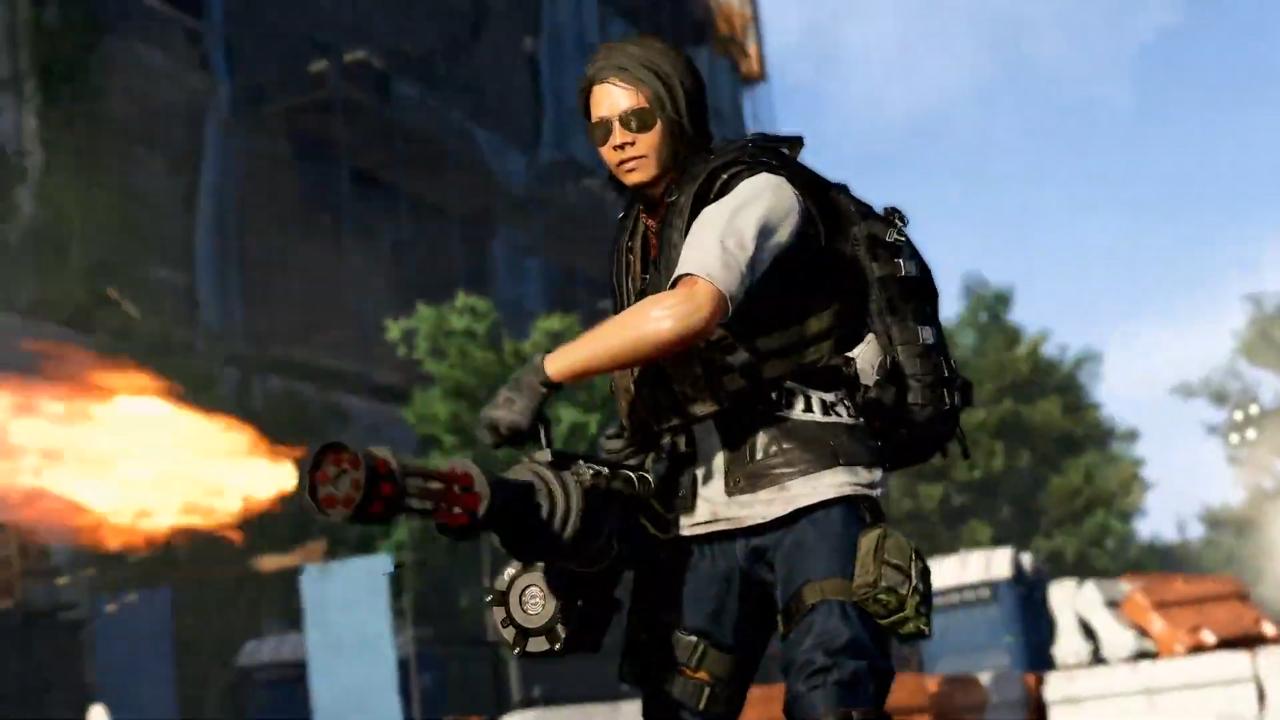 The following are the perks fo the specialization that you should know about:

Riot Foam grenades explode and pop riot foam around them. Enemies that are caught in the foam will be stuck in place for a while. You can then use the machine gun to take them out all at once.

Sends a pulse that confuses enemies regardless of whether they are in cover or not.

It provides 5% armor on kill.

Adds three to the ammo bar (which equals approximately 75 bullets) on killing multiple enemies without releasing the minigun’s trigger. 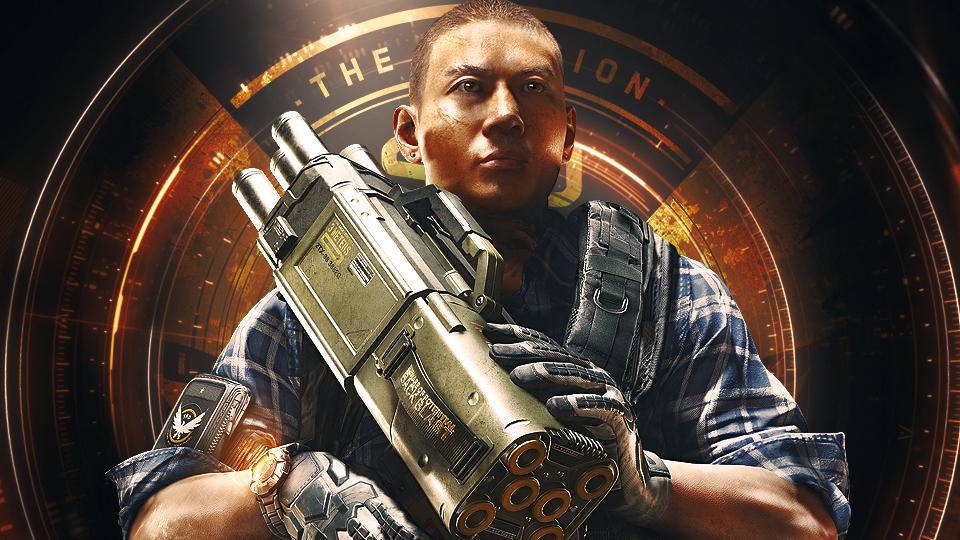 The following are the perks of the Specialization that you should know about:

Buff friends in a variety of ways.

Damages and disorients enemies in the radius.

This is a relatively new specialization, so stay tuned for more updates.

That is all for our Division 2 specialization guide. If you are interested in learning more about the game then you can check out our guide on how you can get the Diamondback exotic rifle.

The Division 2 Nemesis Exotic Sniper Guide: How To Get The Sniper Rifle
January 22, 2020

The Division 2 Leveling Guide: How To Level Up Fast In The Game
January 31, 2020
Average User Rating Write A Review 1 User Reviews
8.4
15 votes
Rate
Submit
Your Rating
0