The Legend of Zelda – Breath of The Wild game is a huge open world game that operates on Nintendo Switch and Wii U. In this guide, we will walk you through all Breath of The Wild Memory Locations and guide you on the solutions for each Shrine.

In Legend of Zelda: Breath of the Wild, there is a main side quest titled “Captured Memories.” For those who don’t know, there exist some special cutscenes in the game that can be seen through some memories. Whenever you reach a specific location, a scene is triggered.

Is It Necessary to Complete This Quest?

While this may sound like something really exciting, it is important to know that it isn’t easy to find all the memories. Although you don’t necessarily have to capture them as they are not required for the completion of the Legend of Zelda, you will still get to know some extra story through them. In addition to this, the captured memories also tend to answer some questions that many players develop in their mind as they progress through the game. 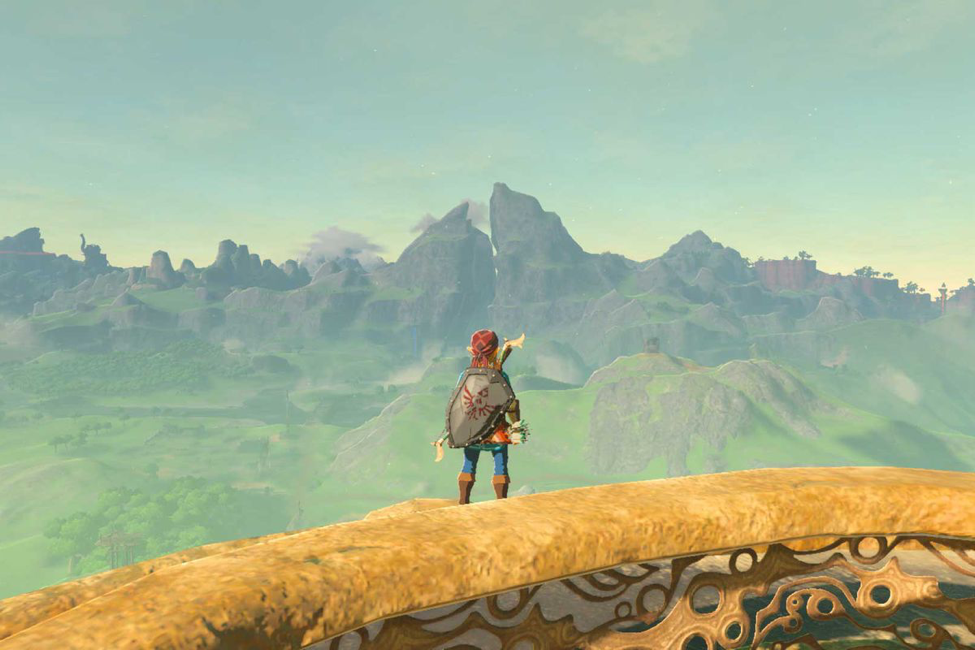 When is the Captured BOTW Memories Quest Available in Legend of Zelda?

For those wondering, the BOTW Captured Memories quest becomes available once Link departs from the Great Plateau Region. After you complete the Seek Out Impa quest, Link will come face to face with Impa. The latter will give you a picture album and you will have to find the locations of every picture present in the album.

All Memory Locations on Breath of the Wild

The pictures are something that will help recover your character’s memories. Oh and, the picture album actually belongs to Princess Zelda. Once the album is handed over to you, the Captured Memories quest will then begin. As it will be somewhat difficult to find all twelve memories, we are going to explain how you can find them easily.

The first memory can be found in the Sacred Ground Ruins. All you have to do is head towards the Central Hyrule Area of the map, which is located directly south of the Hyrule Castle. However, keep in mind that this area will be heavily guarded with mobile Guardians, so you will have to be careful. You can either fight them off as they will peruse you as soon as they see you, or you can simply sneak around them. 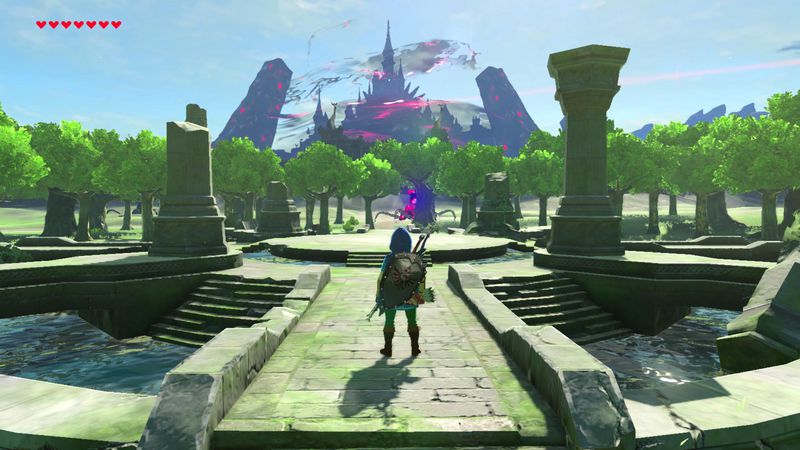 The second memory is not that difficult to get. All you have to do is head to Lake Kolomo and you will be able to find it on its left. The best thing about Lake Komolo is that it is near the first memory’s location. You can simply paraglide towards the location from the Great Plateau tower and you’ll reach your destination in no time. 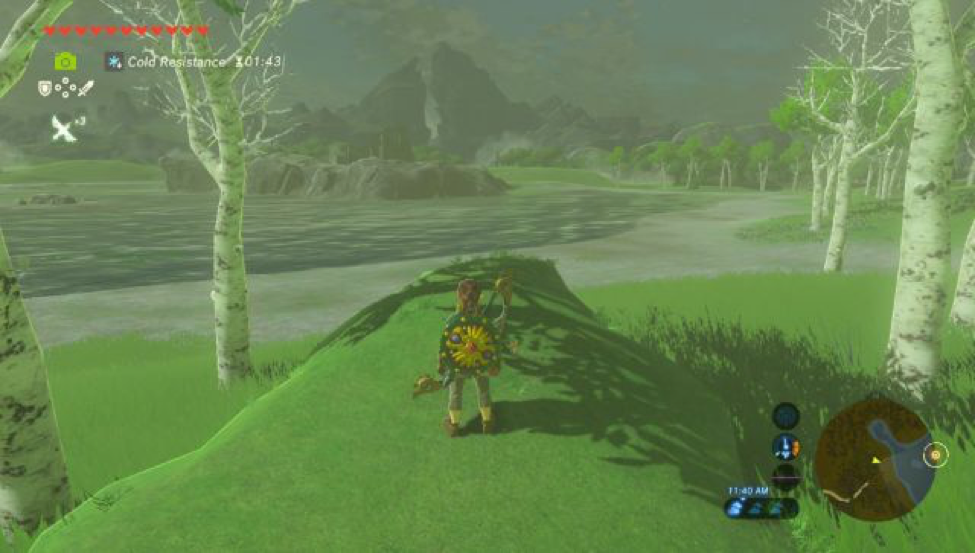 Once you’ve reached the location, you will have to look for a mound. The second memory will be right behind this very mound. 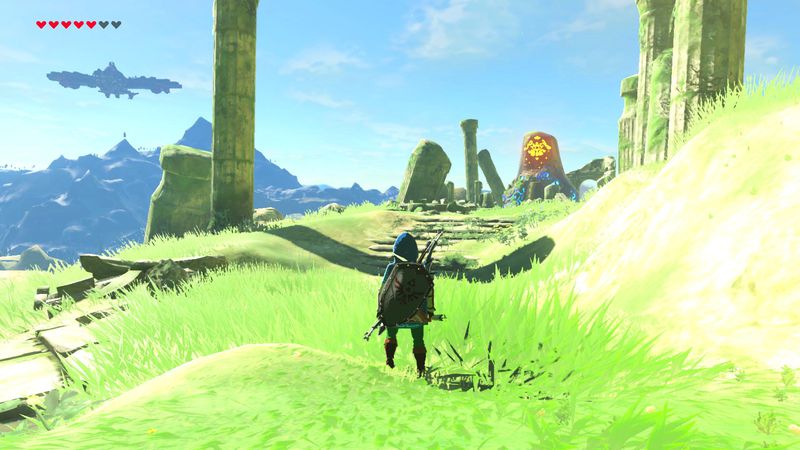 Reaching this location is pretty easy. Simply go towards the Piper Ridge from the Tabantha Tower, and from there, head south to reach the Ancient Columns. Once you reach this location, your character will be able to detect a shrine and the fifth memory is present at the front of that very shrine.

The fourth memory can be obtained by visiting the Kara Kara Bazar Area, which you can reach by simply paragliding west from the Wasteland tower. However, you can also head towards the eastern outskirts of the Gerudo region and take the west road from the Gerudo Canyon Stable. Once you reach the area, you will shortly run into the memory. 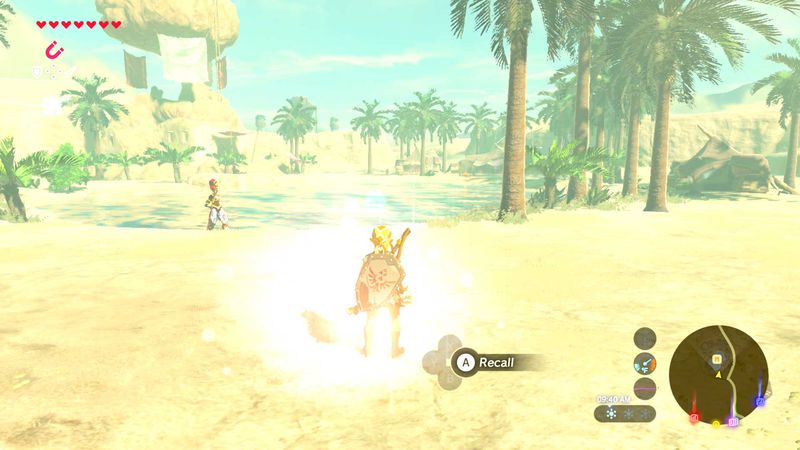 Obtaining the fifth memory will not be an easy task. At first, you will either have to get your hands on a few Fireproof Exliris or somehow obtain the Flamebreaker Armour. For those who don’t know, this armour can be obtained from Goron City. 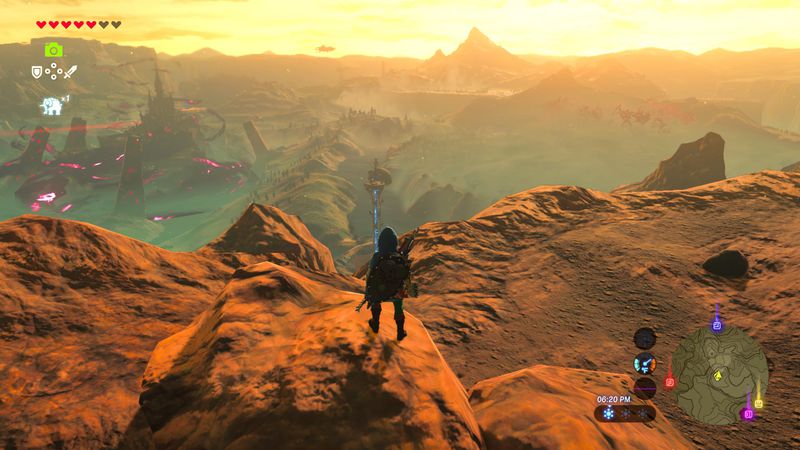 Once done, you will have to reach the tower present in the Eldin region from where you will have to paraglide to the west. After some time, you will come across the edge of a cliff, and the fifth memory will be waiting for you at the top of this very cliff.

This memory is located exactly northwest of the Hyrule Castle. You will have to paraglide to the northeast from the Rideland Tower. Continue your journey until you reach the two bodies of water. You will have to get to the top of a ridge and the memory can be found right next to it. It will be triggered once you have both the large tree and the castle in your sight. 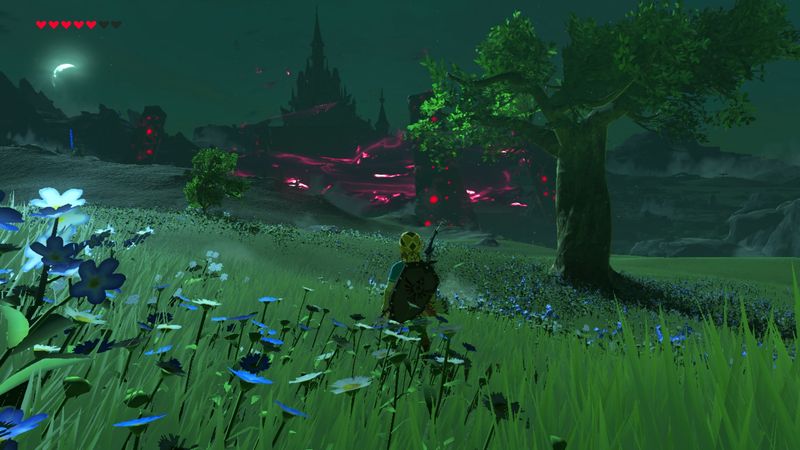 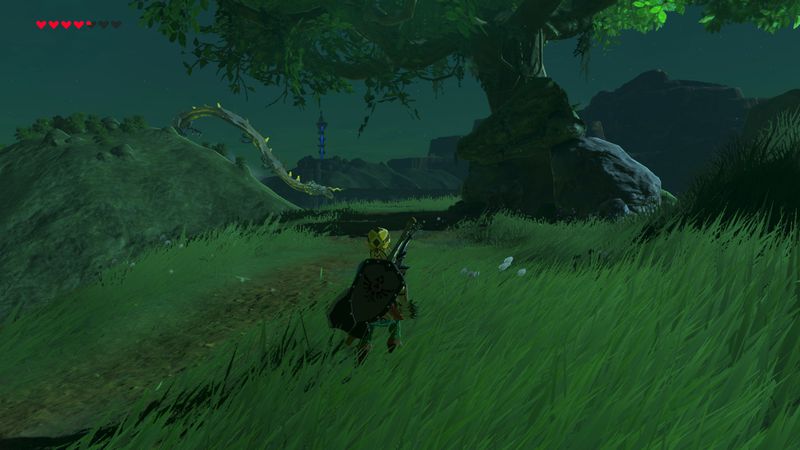 The eight memory in Legend of Zelda is somewhat difficult to obtain since it is located inside the Hyrule Castle. For those who don’t know, this castle is one of the hardest locations to reach in the Legend of Zelda. Many players claim that they find it difficult to handle the guardians that are in this castle. However, if you are well prepared, then this won’t be an issue for you. 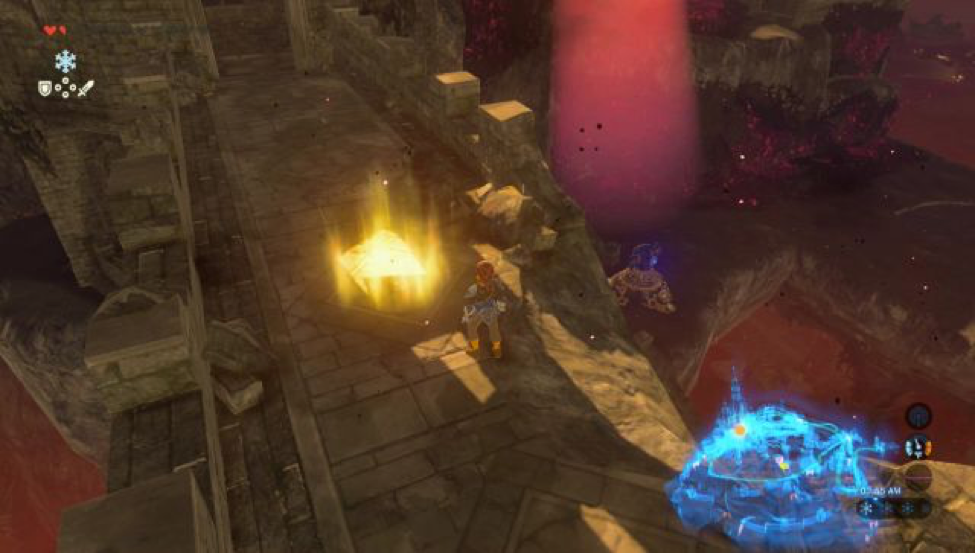 Now, the memory is present at a large spire located at the west side of the castle. This large spire is actually Princess Zelda’s study, and the memory is located on the bridge which connects the study to the castle. Either you can go ahead and take on the guardians to reach your location, or simply climb the spire itself. This will save you from the trouble of interacting with your opponents. Once you reach the bridge, you will be able to find the memory.

In order to obtain this memory, go to the East Akala Stable. It is located south of the Akala Ancient Tech Lab. From the stable, travel west until you reach a large body of water. This is actually the Spring of Power, the place where the ninth memory is located. Simply paraglide from above, and the memory will be waiting for you in front of the large statute that you will see in the water. 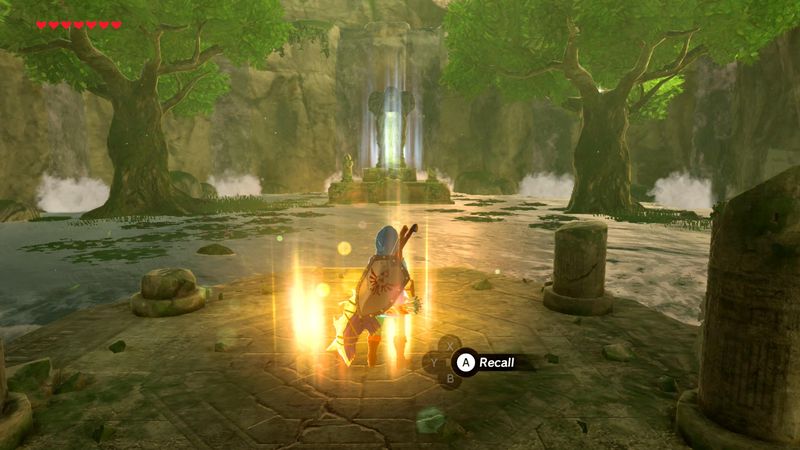 For this memory, you will have to travel west from the tower in Hyrule Field. You can also take the road which is heading north from the Outskirt Stable. The tenth memory is located in front of a large statue of a horse. You will have to continue your journey to the west of the Hyrule Field tower until you come across this statue. 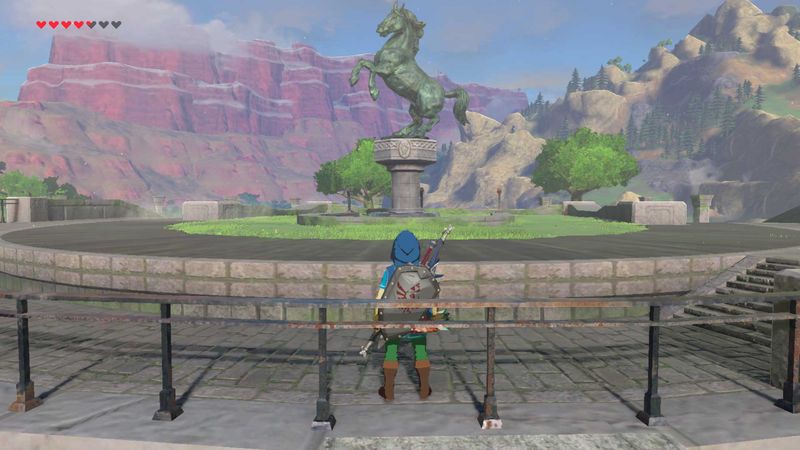 This memory can be obtained in the Hateno Tower Region. There is a place called Lanayru Road – East Gate in this region, and the memory is located at this very place. However, this place is quite far. You will need to head north from the tower in the East Neculda region to reach it. You will have to continue your journey until you find a road on the north side of a cliff you will come across. Afterward, simply travel to the west from the road, and it won’t be long before you reach your destination. 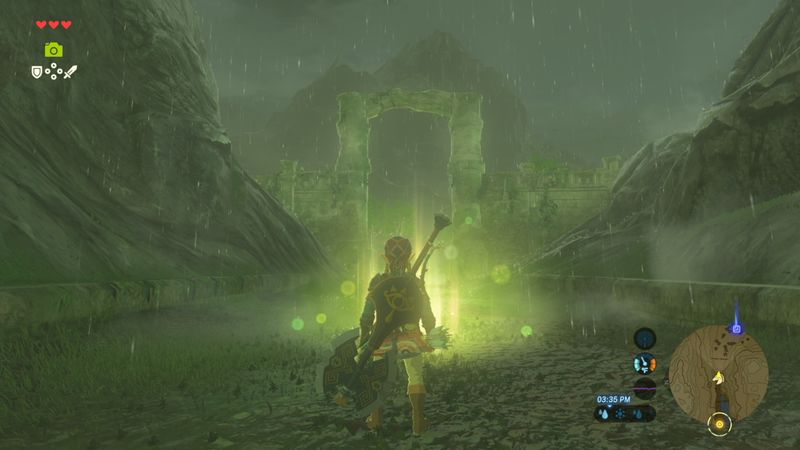 The twelfth memory is in the Central Hyrule region, east of the tower in Hyrule Field. In order to reach this location, you will have to paraglide east from the Hyrule Field tower. Once you’ve reached your location, you will come across a forest. However, although the memory is located inside the forest, it will be somewhat difficult for you to locate it since everything looks the same. Still, keep searching the forest until you find the memory. 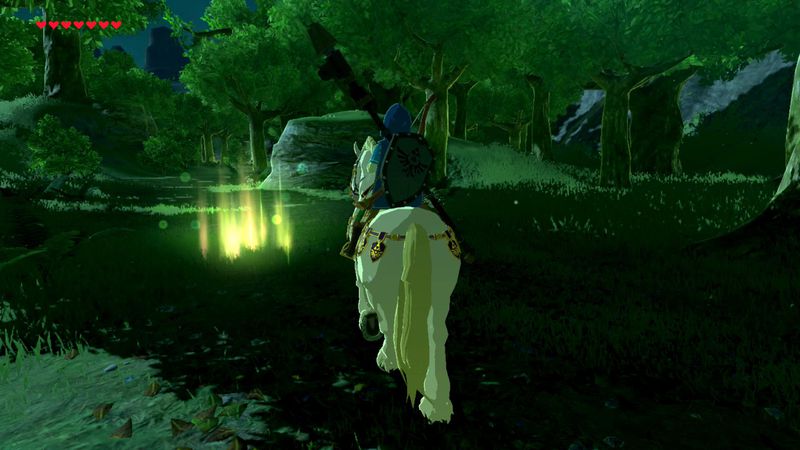 After finding all 12 memories in Legend of Zelda, you will have to take them to Impa. He will be waiting for you at the Kakariko Village. Don’t start celebrating too soon as there is still one more memory left for you to find. That’s right, Impa will tell you there is another memory located in the Dueling Peaks Tower Region. You will have to journey to the northeast side of the Dueling Peaks Stable until you reach the Ash Swamp. 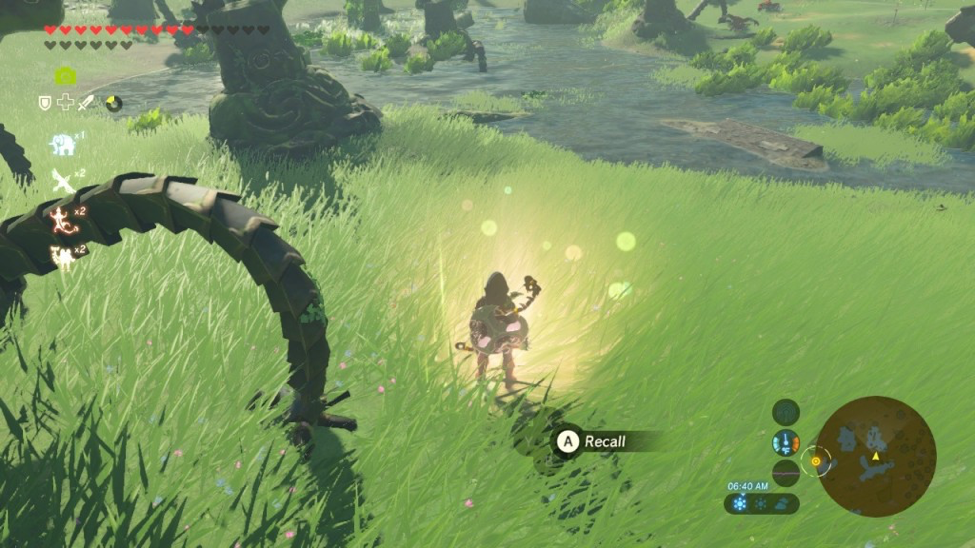 The memory is present in the middle of the Ash Swamp, but the place is crowded with guardians. However, they are inactive so you will be able to sneak past them easily. The quest will be completed as soon as you obtain the thirteenth memory. You will then get contacted by Princess Zelda, and it will be time for you to finally defeat Calamity Ganon.

Legend of Zelda: Breath of the Wild – Characters
September 14, 2022

Zelda: Breath of the Wild Star Fragments Guide: How To Get And Use
November 28, 2019