FromSoftware’s latest title Elden Ring is undeniably the most polished souls-like FromSoftware has released. The sheer amount of places to explore in the tremendous free-roam world the game is set in is mind-boggling. For an experienced souls player, this is the ultimate game.

But as expected, it can be overwhelming and challenging. There are close to zero tutorials in-game other than the tutorial cave and the explanation button when you open your stats.

This can lead to new players feeling confused about major things as they progress through the early game.

A new player, however, will be confused as to what the point of the maze-like area is, why they can’t swing their weapon, how to leave and go back, etc. Let’s take a look at how to leave Roundtable Hold.

What Triggers the Initial Teleport?

Despite being the hub area, it is straight-up impossible to get there without the initial teleport. Even later on, after you have unlocked the area, reaching you can only reach there via fast traveling.

So the only way to access the Roundtable Hold is by resting at one of two sites of grace, namely:

This can be found to the north of the Stormveil Castle, after encountering Godrick

This site of grace is located inside the tunnel right before encountering Margrit the fell.

Roundtable Hold can be accessed before killing Margrit as well. This can be done by entering the boss fight a few times and then leaving. Upon coming back and resting at the site of grace right before the fight, the cutscene with Melina should occur.

How To Leave The Roundtable Hold After Entering?

The area itself is filled with lots of NPCs who provide some use either in the form of a shop or unique dialogue with a cool questline that can be followed later on.

Other than that, it feels like a maze and new players tend to think they are soft-locked as all the doors seem to be locked with no way “out”. 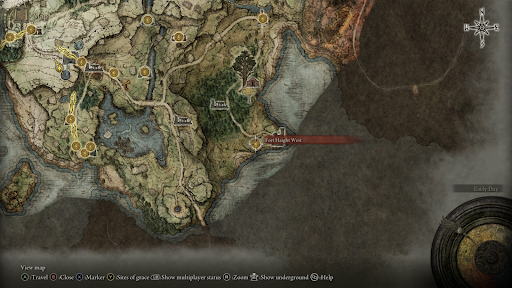 There is only one way of leaving the Roundtable Hold; by fast traveling to a site of grace that you must have unlocked earlier.

To do this, you must open your map and hover your crosshair over one of the grace site icons that show up on your map.

Now you will get the option to fast-travel to that grace point. 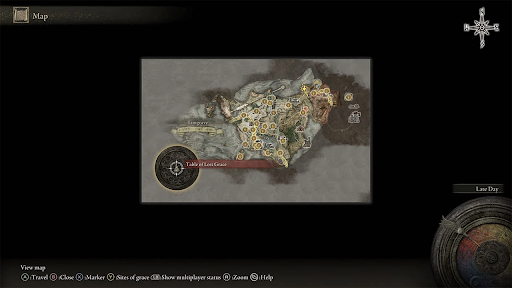 Returning to the Roundtable Hold later on in the game will require the same method; fast traveling. As it is an inaccessible area on foot.

Its grace icon is always located in the bottom left of the map, inside a large circle as shown above.

You will visit the Roundtable Hold many times throughout your play-through. It is quite an important area when it comes to various NPCs and their respective questlines.

The area also offers crucial things like spirit tuning and blacksmithing. After going through this article, hopefully, you have now learned how to access, and leave the Roundtable Hold.

Hopefully, now you know how to leave Roundtable in Elden Ring. Stay tuned for more informative and interesting guides.

Elden Ring Legendary Spirit Ashes Guide: Where To Find Them All
April 30, 2022

How To Complete White-Faced Varre Questline In Elden Ring
April 12, 2022