How To Beat Suttungr In Assassin’s Creed Valhalla

Suttungr has three weaknesses that you can use in order to deal the most damage. These weak points are his left knee, right elbow, and abdomen. When you hit these points, the enemy will be stunned and you will be able to land powerful hits that will deal massive damage to the boss.

Suttungr has a special attack that allows him to throw some ice shards at you. This will deal massive damage and will also slow you down. In order to avoid these attacks, you need to hide in the bright area near one of the campfires. 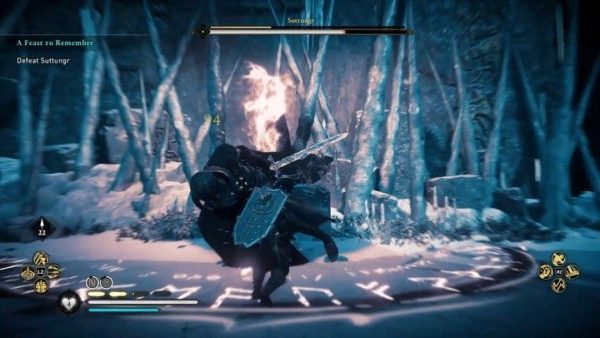 Once you have dropped the health bar of the enemy down to 50%, the boss is going to use an icicle and turn it into an axe and use it as a weapon. This will increase the range of the attacks. This will allow the boss to throw walls of ice at you. This attack deals a lot of damage and should be avoided.

Stay out of the range of the boss’s attacks, use light attacks and counter the boss in order to take down the remaining health that he has. You cannot really kill the enemy so you will need to leave him in the arena once you have depleted his health to nothing.