Playing Animal Crossing with your friends after a tough day at work is a blissful experience. With the advent of new updates, this joy only seems to have grown. While the game features a plethora of artworks and statues, the wild painting right half specifically seems to be an eye-catcher.

The Wild Painting is purchasable from Redd and can be used as a collector’s item. While it’s worth might not sound like much, collecting it in the Happy Home Designer can earn you a fairly decent home layout.

Having said that, the Wild Painting Right Half seems to be hiding a multitude of historical and in-game secrets. So it’s only natural for us to dig deep into the know-how and how-to of this painting down to the very core.

The Wild Painting is a Japanese masterpiece made on the basis of the Fujin Raijin-zu lore. It essentially is a depiction of Wind God (Fujin) and Thunder God (Raijin). Cutting that in half, we get both deities depicting the climatic turnults.

While the Japanese lore is deep enough on its own, add these two brothers in the mix, and you have a complete hierarchy – with Amaterasu at the very top. That being said, the right half of the painting is the portion where the Thunder God resides.

While the original artwork is placed in the Kyoto National Museum, the left and right halves of the painting hold distance meanings when it comes to Animal Crossing.

Use of Wild Painting Right Half In Animal Crossing

Surprisingly, there is no particular use case for such artwork. You can either choose to donate it to the museum that serves as the town’s main exhibit or let it be as is. Having said that, the painting has a forged version, that can prove to be challenging to identify if you don’t know the key differences.

The real Wild Painting Right Half can be identified by comparing the micro differences between the real one mentioned below: As the picture indicates, the real one has a deeper shade of green on God’s body. Consequently, the patterns and color intensity also differ when it comes to the creatures. In general, the best way of identifying the Wild Painting Right Half is by checking the color of the creature’s body.

If it’s green then you’re good to go! However, the inverse spells just as much panic.

What Happens If You Donate Wild Painting Right Half?

As you might’ve guessed, the museum shows its default prompting method indicating that the item has been added. There is no special reward list from the museum itself. However, you can still expect the following message to appear as a prompt in the New Horizons version:

Folding Screen of Fūjin and Raijin

This folding screen shows dynamic brushwork of Fūjin and Raijin on a gold-leaf background. It is thought to be the masterpiece of Tawaraya Sōtatsu, an early-Edo- period artist. The simplification of the subjects is a style that was carried on by Ogata Kōrin. It’s a style still in use today in the Rinpa school of Japanese painting.

You can choose to visit the museum whenever you want in order to view the Wild Painting Right Half. There is no premium fee or anything of that sort. Therefore, you would have a fairly decent time exploring the history of the world – starting from Japan.

How To Purchase Wild Painting? While donating the Wild Painting to the museum is a simple process, procuring it can prove to be extremely time-consuming if you don’t know where to look for it. That being said, the versions of the game dictate whether your searching journey will be difficult or easy.

Having said that, here is how you can obtain Wild Painting in Animal Crossing:

In the New Leaf version, the Wild painting can be purchased from a market called Crazy Redd. For those unknowing, the Crazy Redd is a black market that’s currently being run by a fox named Redd.

This shop will periodically try to sell you counterfeit paintings that have no real value. Since the paintings are rather expensive in Animal Crossing, it’s best to take a look at what you’re getting yourself into before making a purchase.

While the in-game mechanics and layout is rather identical to New Leaf, the tent has been replaced by a Treasure Trawler in the latest New Horizons version. That being said, the Jolly Ress’s Treasure Trawler is present at the secret beach on the deserted island.

Simply head north until you find a coast there in order to locate the ship. Consequently, the origins of most of Jolly Redd’s paintings are rather shaky or hidden. Therefore, you will need to verify them first, especially when it comes to Wild Painting Right Half.

Are Redd’s Wares Accessible to Everyone? Surprisingly, the answer is quite different from what one might expect from an open-world NPC. Much like Terraria’s Wandering Merchant, Redd will randomly spawn on the said island and will begin to show his wares.

While his ship will also be present at the specified location, you cannot enter it until you buy your first painting from Redd. The logic behind this mechanic is quite simple. At first, Redd looks for demand in specific areas.

Once a demand has been found by you purchasing his wares, he then decides to open the shop for you to grab whatever you want and relatively justifiable prices. Since it is ultimately a black market-esque environment, you will have to verify what you’re getting before purchasing.

Consequently, the New Leaf function uses an invitation-based mechanic instead. The villagers send you an invitation (which is paid) to Redd’s shop. Once you’re there, you will still need to dish out 3000 bells in order to get in.

How Much Does Wild Painting Cost? 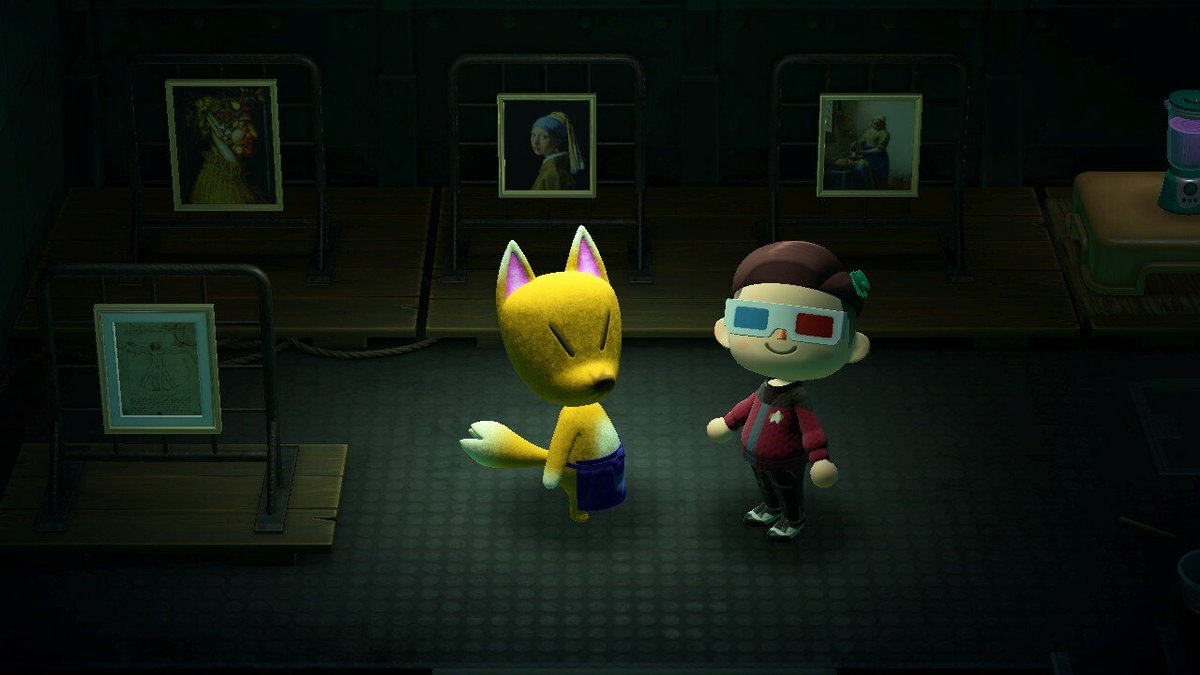 Luckily, the prices aren’t that high. Therefore, you won’t have to pay exorbitant amounts of gold just to sell it. Having said that, however, there is a significant hike in price between the New Leaf and New Horizons versions.

On that note, you can compare the prices from the chart below:

Depending on your version of the game, the painting can cost a decent amount of gold. However, the payment is very worth it as long as you can donate it to your museum. Nonetheless, this sort of expenditure is only doable once you’re done with the main tasks.

In essence, the painting game is as simple as differentiating the real from the fake one. In the case of Wild painting right half, the main difference is the color of the skin. Purchasing paintings from Redd can feel pretty coinflip if you don’t know the proper how-to. 3

Luckily, that issue should be resolved by now. Therefore, feel free to nail both Wild Painting Right Half and Right Painting Left Halves in your local museum.