Diablo 3 Darkening of Tristram is an annual event for Diablo 3. The event was first introduced in 2017 and has since then been featured in the game every year in January. The event is loved by every player since it allows us to revisit the original 16 levels of Diablo 1. Although we don’t get to see a remastered version of the first Diablo game, the graphics of the 16 levels are modified to look like it.

The developers have made sure that the graphics, as well as the sound of the Darkening of Tristram, is similar to the original Diablo. Even the movement of the player is limited to only eight directions, and all the 16 levels feature bosses from the first game. These include The Butcher, Skeleton King, and various others. In addition to this, players can also find and kill almost every monster that was in Diablo 1.

The anniversary event returns every year and to access it, you need to go through a portal. Although the game asks you to use clues to find the location of the portal in the Adventure Mode, we will go ahead and explain how you can access it quickly.

Accessing the Darkening of Tristram event is quite simple. It can be accessed in Act 1, at The Old Ruins waypoint. This is where you will find a pentagram on the map that will be labeled “The Darkening of Tristram.” What you have to do is head south from the waypoint. Continue your journey until you reach the town of Old Tristram. This is where you will find a portal that will be labeled “Tristram.” 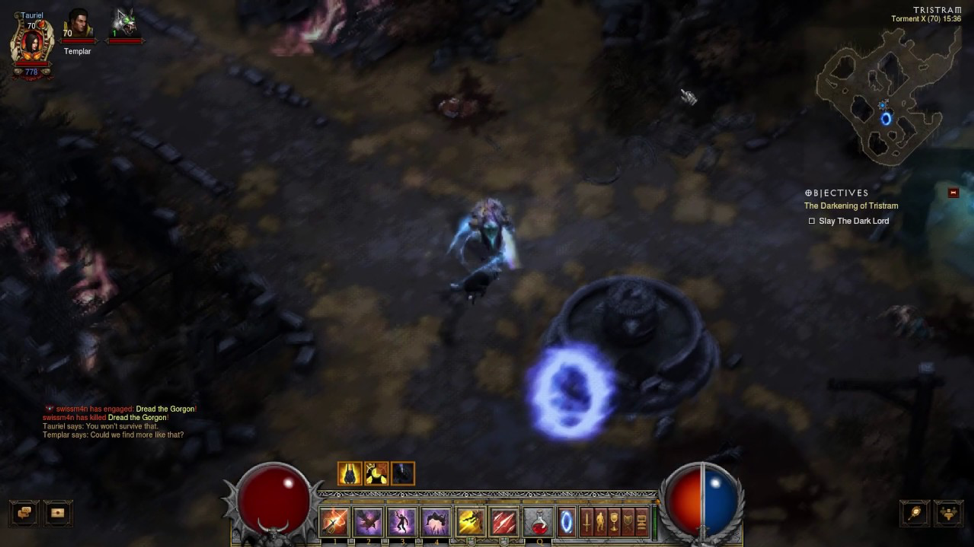 In the anniversary event, there will be a total of 16 levels, and you will have to fight four bosses. These are The Butcher, Skeleton King, Arch-Bishop, and the Dark Lord. For those who don’t know, The Dark Lord is the Diablo himself. While the Butcher and Skeleton King can be avoided, you will still have to take down the other two bosses. On Level 2, you will come across the Butcher’s room that will have blood on it. And on Level 4, you will come across the Skeleton King’s room that will be located in “Kings Leoric’s Tomb.”

Although you can go ahead and take your high-level character into the game, it will be wise to start with a new level 1 character. There are two reasons behind this. First, Blizzard recommends this. Second, you get to unlock a cosmetic reward if you explore the dungeons with a fresh character.

What Rewards You Can Get

There are also various rewards that you will be able to earn during the anniversary event. For instance, if you manage to kill all four bosses, then you will get the Ogden’s Sign and Ogden’s Brew banners. Taking down the bosses will also reward you separately. For instance, when you take down The Dark Lord, he will drop the Red Soul Shard. Similarly, when you kill the Butcher, he will drop The Butcher’s Cleaver. In addition to this, after you will clear the dungeon with a fresh level 1 character, you will be rewarded with the Butcher pet as well as the “An Eerie Red Glow Blurs Your Vision” achievement.

This was all regarding how to access Diablo 3 Darkening of Tristram and what it features. As you can see above, it is a really excited event that can let you explore the first Diablo game. In addition to this, it can also help you with getting your hands on some important items.