Halo Infinite has plenty of different challenging bosses that you need to beat in order to progress the campaign. The Harbinger happens to be one of them. In this Halo Infinite guide, we are going to walk you through how you can beat the Harbinger.

How To Beat The Harbinger In Halo Infinite

The Harbinger is the final boss that you need to beat in the Halo Infinite campaign. The encounter has three phases and in each phase, you will face off against the Banished enemies. As these enemies come out the doors are going to turn blue and you can use grenades to deal damage to the mobs.

During the first phase of the encounter, you need to defeat 2 waves of banished enemies. Once you do that the room is going to change color and you are going to face the Harbinger. The boss is going to use an energy orb in the form of a beam. At higher difficulties, this attack can kill you in a single shot. The boss can also swipe at you and attack from behind. Both of these attacks can be dodged in order to avoid taking damage.

The Sentinel Beam is the weapon that you should go for during this phase as it is going to help you take down the shield of the boss. Grappleshot is also going to come in handy in order to get away from the boss and deal damage from a height. 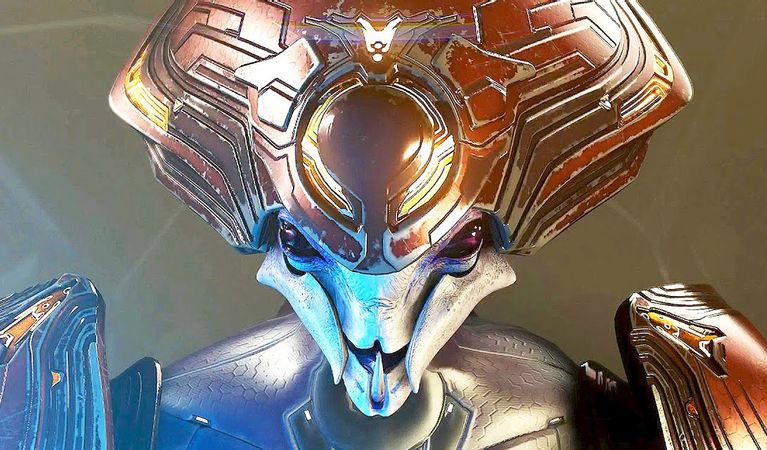 Once you beat the boss during the first phase, you have to take on waves of banished again. Once they are taken care of, the Harbinger is going to come back for round 2. During the second phase of the boss battle, the boss is going to be faster and the energy orb is going to shoot two beams rather than a single one.

The upgraded Thruster or Grappleshot can be used to avoid these attacks. The boss moves around quickly so the Sentinel Beam is going to come in handy and is going to be more effective than grenades. Fusion coils can be used to deal damage to the boss as well. You will need to take down the shield of the boss and then drain her HP. Once that this done she is going to respawn in the middle of the arena and the third phase of the boss fight is going to start.

Before you face the Harbinger, you will need to beat the Banished once again. These are going to be more challenging than your regular Banished enemies. The wave is going to include a Brute Chieftain that has a Gravity Hammer. We recommend dealing with the Brute at the end once all the other enemies are dead. Hardlight Coils are going to help you deal with multiple enemies at the same time and Grappleshot is going to help you deal with the Brute Chieftain.

With the Banished out of the way, you face the Harbinger again. You can use the ramp for cover in order to avoid beam attacks. The encounter is going to be similar to the last two phases. You need to take down the shield of the boss. Once you do that, the boss is going to be down for good.

This is how you can beat the Harbinger in Halo Infinite. If you are interested in learning more about the game then you can check out our guide on how you can disable energy doors.