How To Beat The Successor Of The Throat In Code Vein+

You can find this Code Vein boss in the Crown of Sand. The boss has no resistance to ice and is highly resistant to crush damage and lightning so you do not want to use those if you are interested in beating the boss as efficiently as possible.

Ice, pierce and slash attacks are going to be the most effective. The boss can be poisoned, stunned and slowed but cannot be inhibited. The following are all the moves that the boss can use against you and how you can counter them.

The boss is going to attack you from both sides. You can block these attacks and land a few blows to deal some damage.

The boss will spin around and deal AoE damage. You can dodge this attack or you can jump back twice in order to avoid getting damaged. 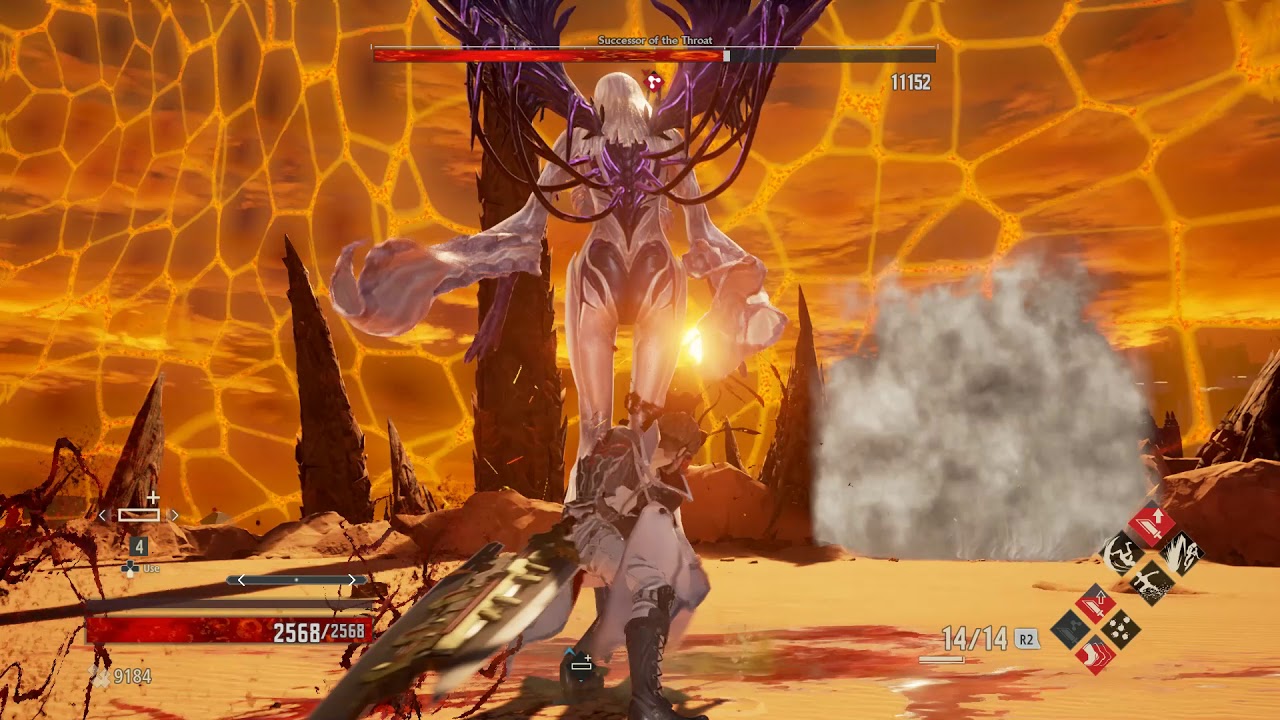 Double Strike From Above

The boss is going to perform a two-hit combo from above. She will use both her arms to attack you. You can block this move and counter with attacks of your own to deal some damage.

The boss will cast tornados over the arena. You can run to a save space and wait for the attack to finish.

This is an attack from below and you cannot block it. You can dodge to any direction when you see it coming in order to avoid any damage.

That is all for our Code Vein Successor of the Throat boss guide. If you are interested in learning more about the game then you can check out our guide on how you can get the true ending in Code Vein.