The builder is one of the bosses that you encounter while you progress the Asgard storyline. You will encounter him during the mission called The Big Finish. In this Assassin’s Creed Valhalla guide, we are going to walk you through how you can beat the builder.

The builder comes forth and asks for Freyja’s hand in marriage. In order to deny him the gods ask him to build a barrier to protect Asgard in under 9 days. The Builder meets the demands and asks for his reward. That is when you need to take him on and defeat him.

How To Beat The Builder In Assassin’s Creed Valhalla

The Builder has a massive two-handed war hammer and only has a single weak point which is his head. Attack his head twice and the boss will be stunned. This will allow you to deal damage with powerful blows. You can easily use your bow to fire shots at the boss’s head and stun him.

With his special attack, the builder can launch you into the air. This allows you to hit his head but falling from this height can also impact your health. The boss can also shoot an energy beam which can make you fall to the ground and make you vulnerable to incoming attacks. 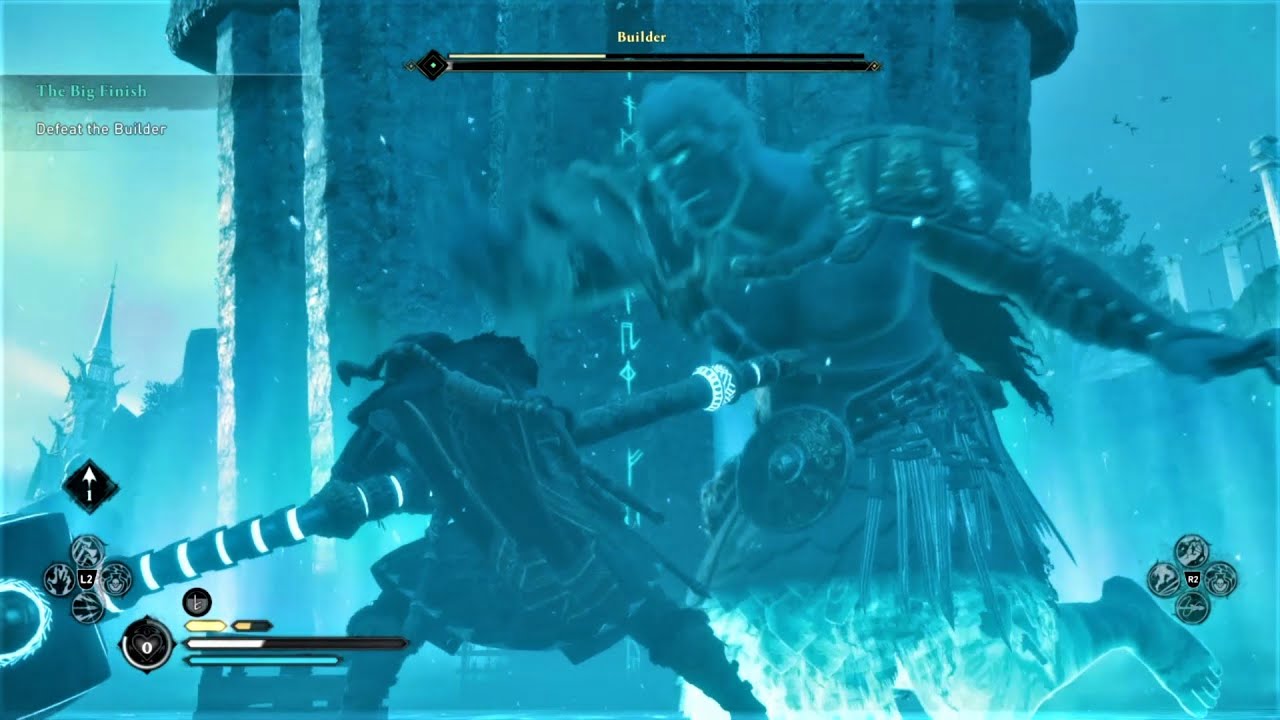 Once the health of the boss drops to 50% he can use elemental powers to make his attacks even more powerful. He can also trap you in a small space using his powers. When that happens you do have a few seconds to react before you are locked into the trap.

Once you beat the boss you will finish him off. This is how you can beat The Builder in Assassin’s Creed Valhalla. If you are interested in learning more about the game then you can check out our guide on how you can beat Suttungr.